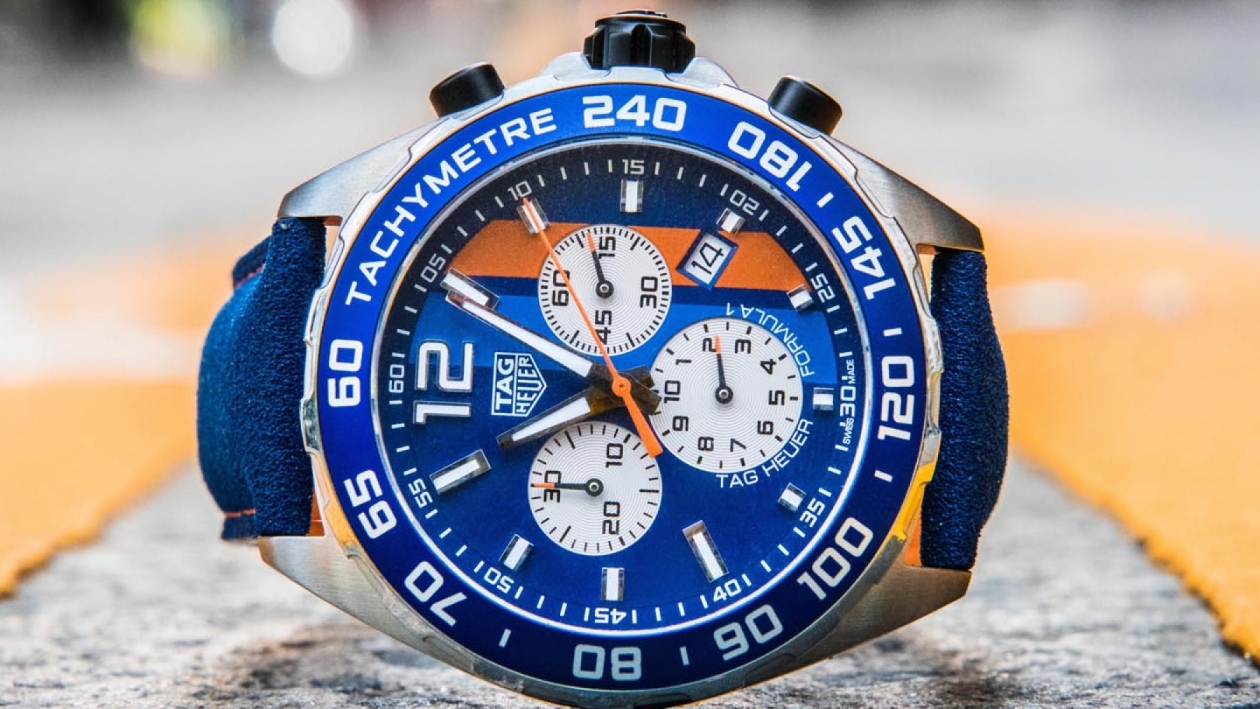 TAG Heuer celebrates fifty years since the first Gulf victory in the 24 hours of Le Mans.

LVMH watch brand TAG Heuer launched two new flagship models to commemorate 50 years since the first win of the Gulf Oil Ford GT 40 on 29th September 1968 at the 24 Hours Le Mans race. The TAG Heuer Formula 1 Gulf Edition bears the legendary orange and blue of Gulf whilst the other model is an engraved 50-piece limited edition of the Monaco Gulf.

The 43mm TAG Heuer Formula 1 Gulf Edition quartz chronograph features a notched steel bezel and an aluminium ring with a tachymeter scale. The case-back is engraved with the Gulf logo. The movement is accurate to a tenth of a second and is displayed on the small counter at 6 o'clock, with the minute counter at 9 o'clock and the current seconds counter at 3 o'clock. 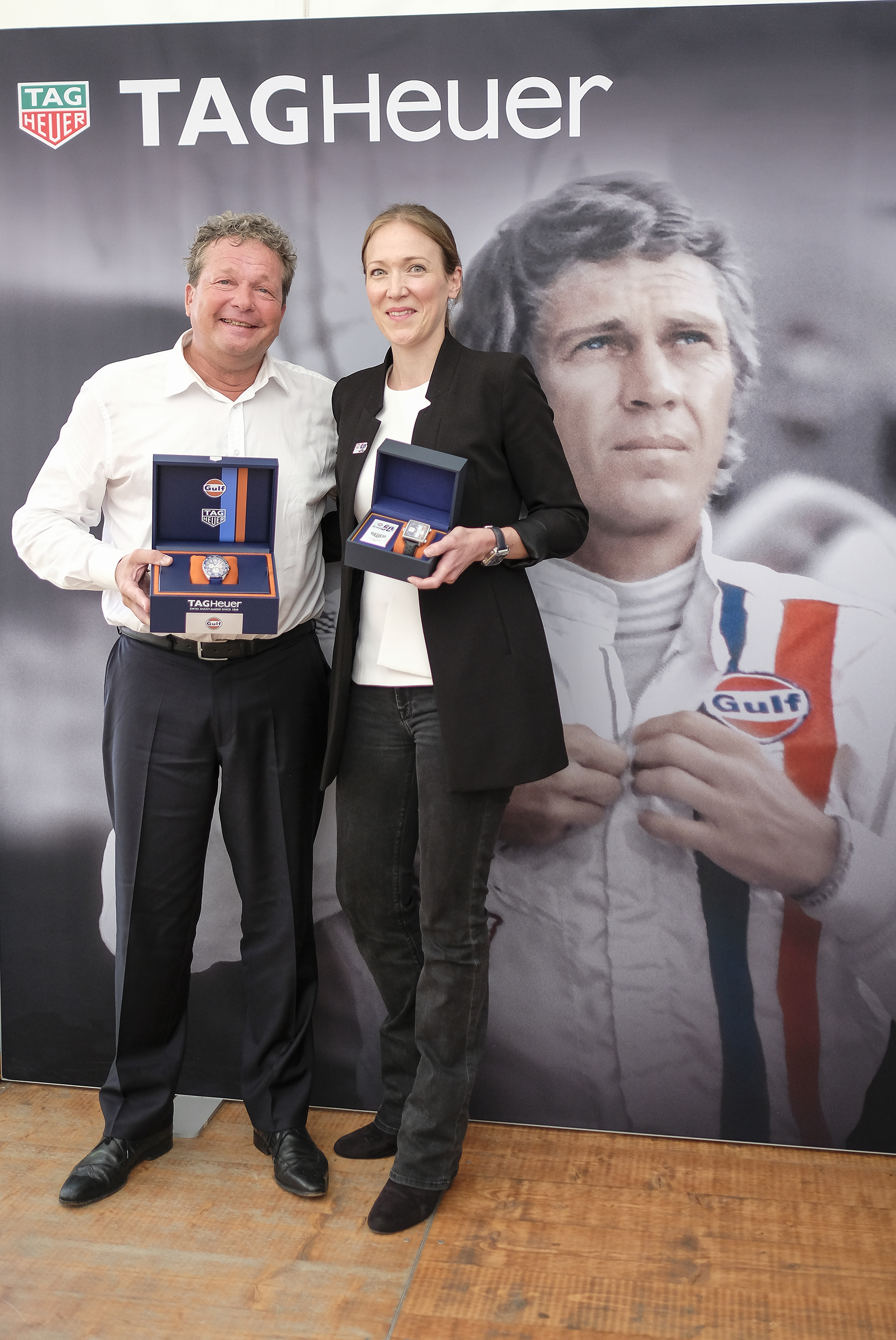 "The TAG Heuer Formula 1 Gulf Edition bears the legendary orange and blue of Gulf whilst the other model is an engraved 50-piece limited edition of the Monaco Gulf."

The limited edition 39mm Monaco Gulf comes with the iconic square case and petroleum blue dial to symbolise the colours of the Gulf – blue and orange.

The two pieces were launched during the days leading up to the race with an exclusive cocktail party which saw the attendance of the actor and brand ambassador, Patrick Dempsey, Honorary Chairman of TAG Heuer, Jack Heuer, and Princess Stéphanie of Monaco, accompanied by her children, Pauline and Louis Ducruet, and Camille Gottlieb. Also in attendance were Sanjay Hinduja of Gulf Oil and Roald Goethe, owner of the ROFGO Collection. Guests were given the opportunity to visit the Circuit du Var in Le Luc and to get in a replica of the Ford GT 40 that first took victory 50 years ago. 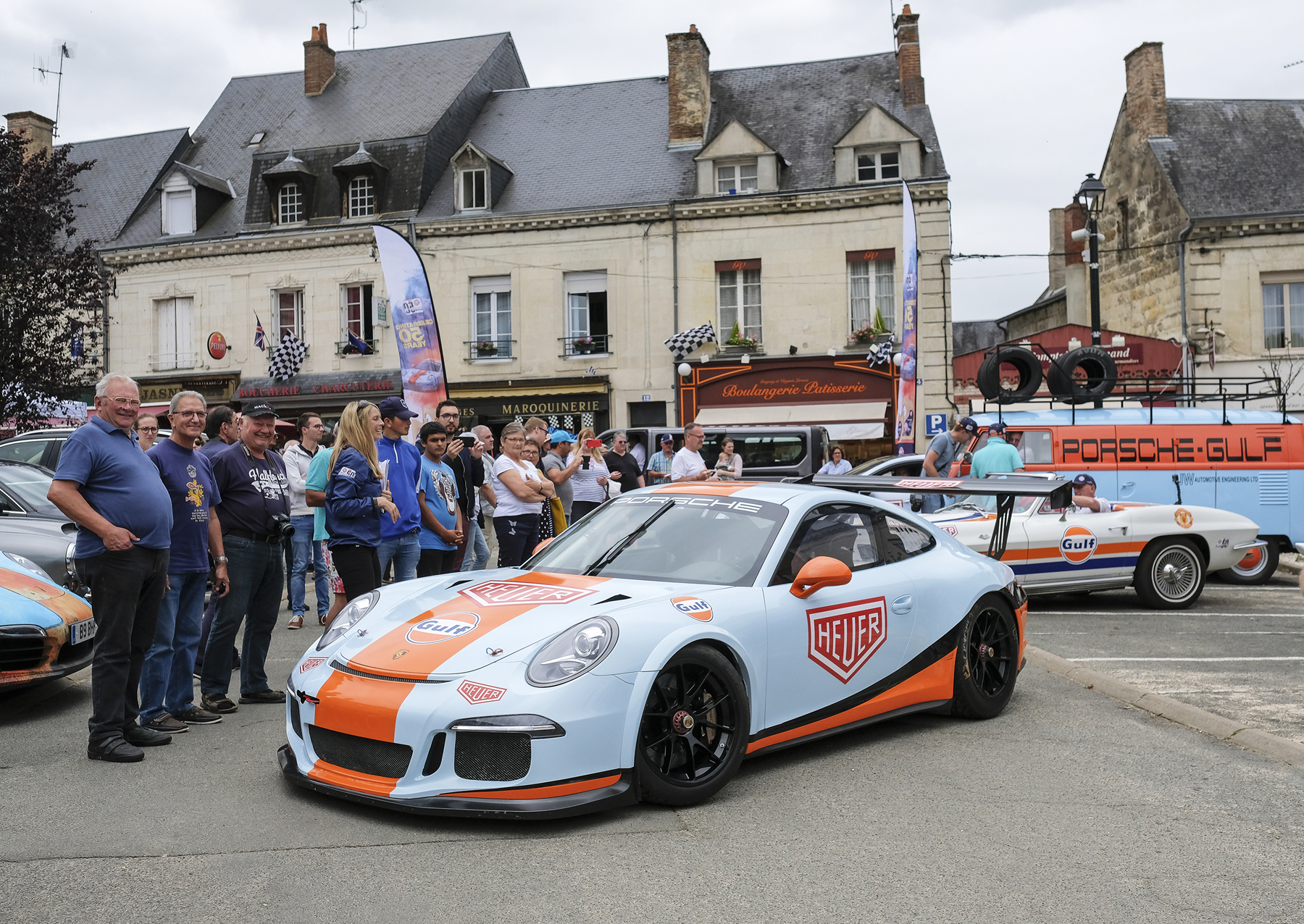 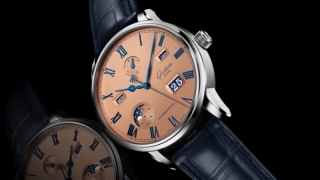