A. Lange & Sohne presents the 25-piece limited edition Lange 1 Timezone to celebrate the 25th anniversary of the Lange 1.

Introduced first in 2005, the Lange 1 Timezone is best known for its unique feature to a synchronisation mechanism which makes it possible to swap the time zone on the subsidiary dial to the large dial. The new 25-piece anniversary edition of the Lange 1 Timezone in white gold provides the feature along with a clear, legible double time indication with a city ring, simplifying the setting of the second time zone. 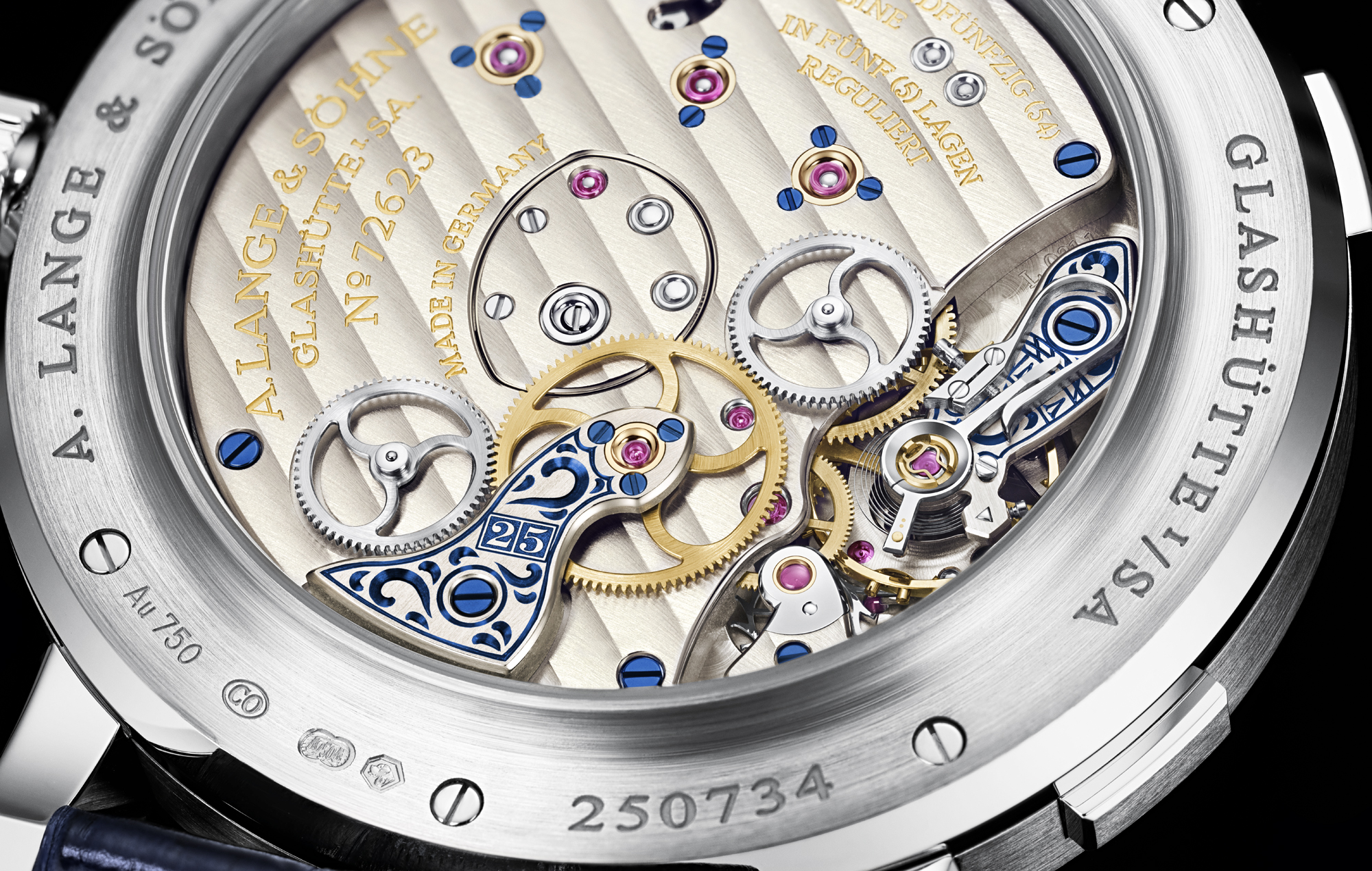 Equipped with the manually wound calibre L031.1 the chronograph features a twin barrel housing a three-day long power reserve. The three-quarter plate with the wheel train part of the movement is exposed through the caseback. This helps power the time-zone ensemble. 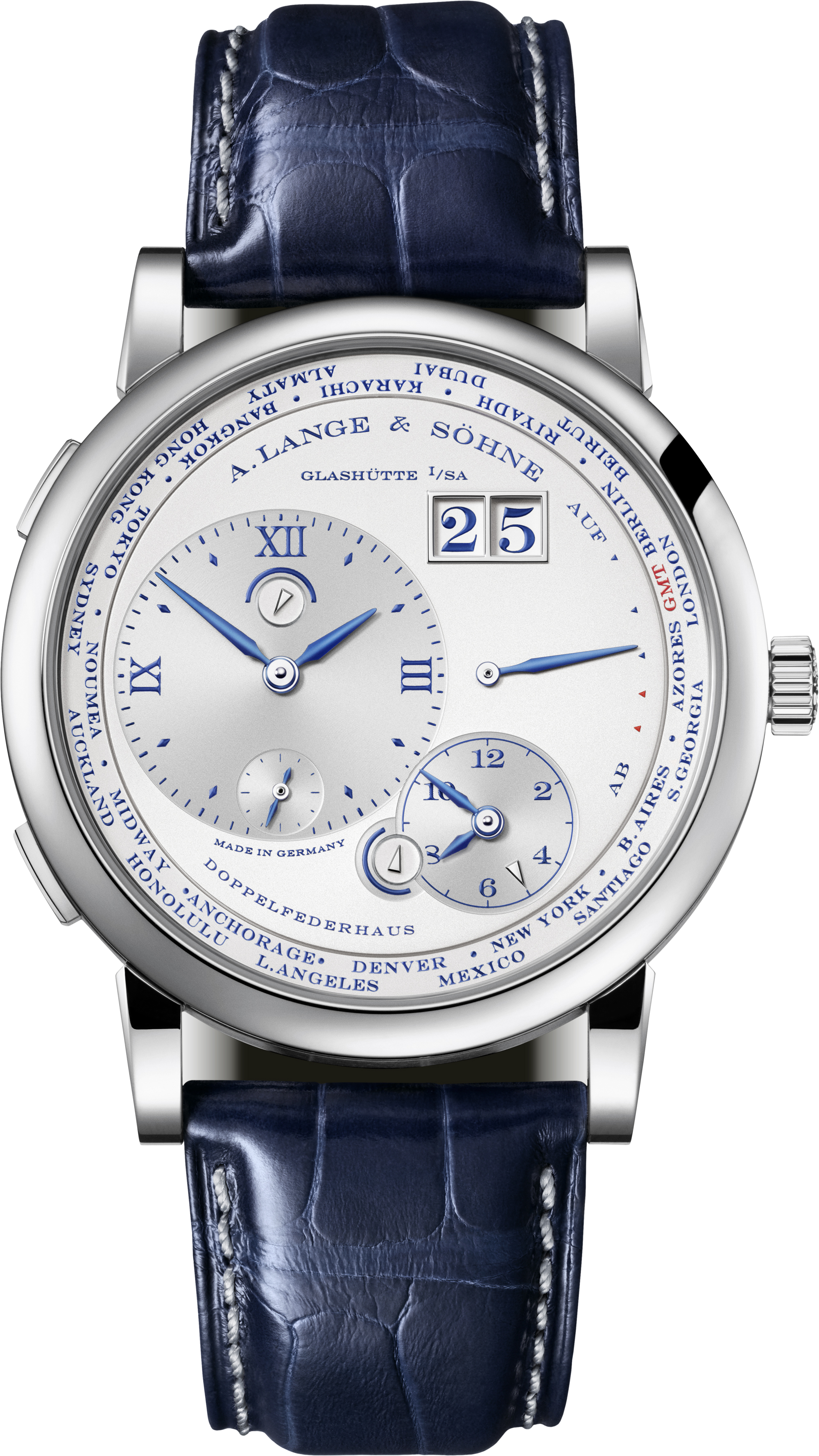 The solid silver dial features a large circle with numbers for the home time and a smaller circle to indicate the second timezone. Each of the 24 timezones is represented by the names of the city mentioned on the peripheral ring. The chosen city is displayed by the golden arrow at the 5 o'clock position. 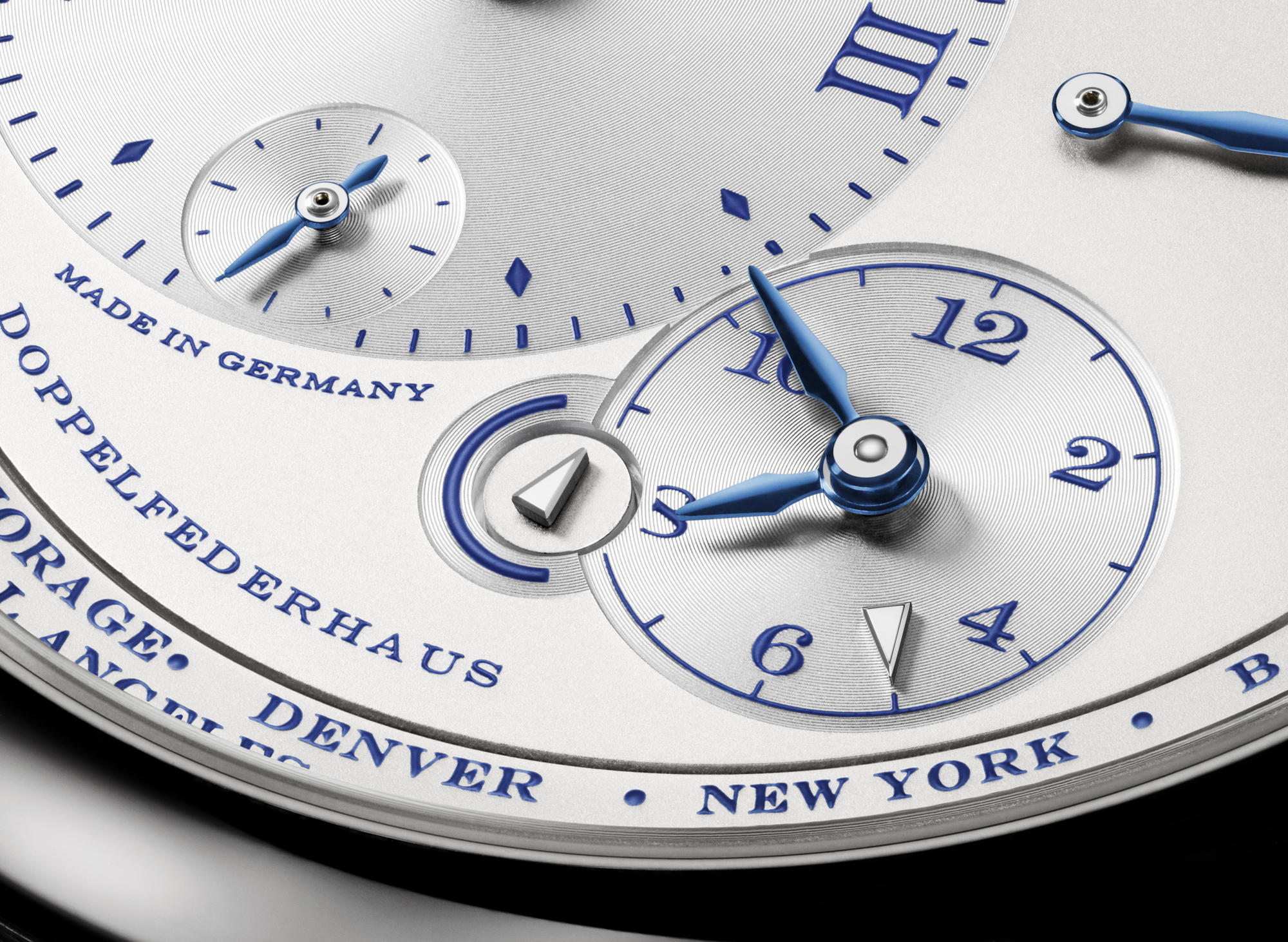 The dual day/night indication is featured by a small arrow-shaped hand in both the time circles. The bright/dark segments tell the user whether it is day or night, separately for home time and for the second time zone. The silver and blue theme dominates every detail of the piece, including the outsize date display. The Lange 1 TimeZone “25thAnniversary” collection comes with a matching blue alligator leather strap with a white-gold prong buckle.