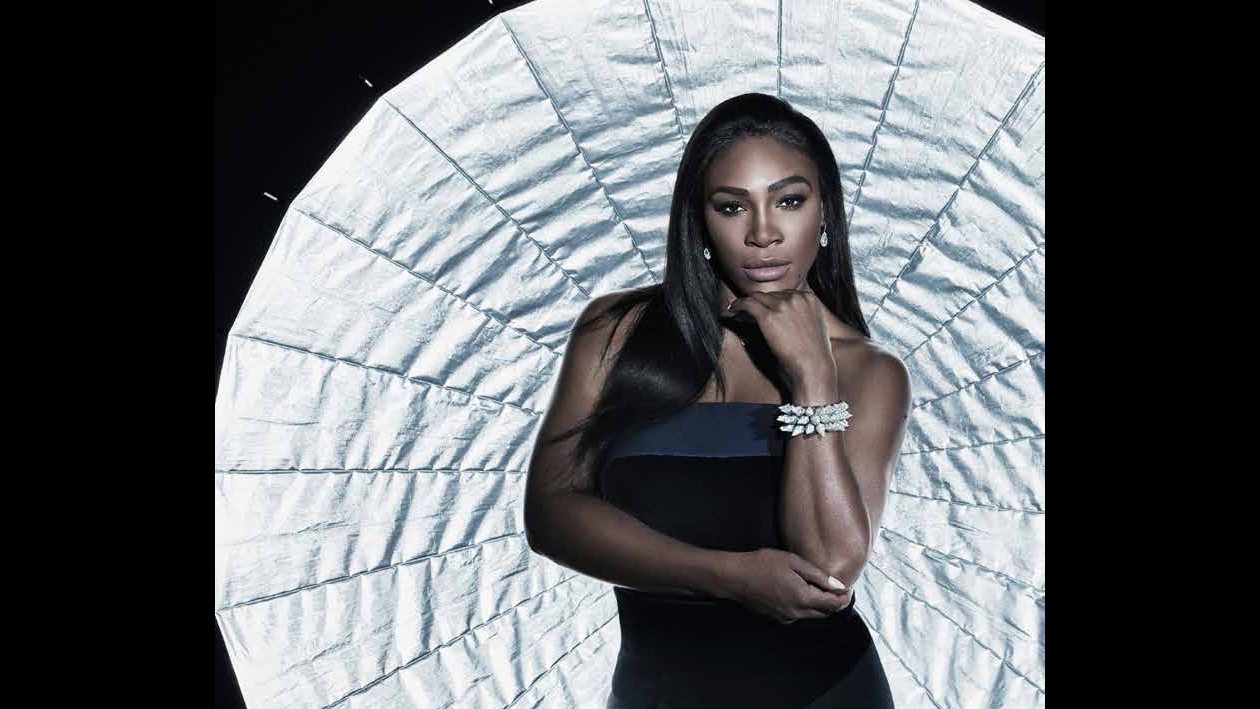 Serena Williams, the most dominant player of her era, talks to WatchTime India about tennis, fashion, watches and more.

She has often played for glory, but this time, she was playing for greatness. On January 28, as temperatures soared at the Rod Laver Arena in Melbourne Park, Australia, about 15,000 spectators saw the Williams sisters – Venus and Serena – vying for the Australian Open title. Serena won in straight sets and, with tears in her eyes, locked Venus in a tight embrace on court. It was a throwback to 14 years ago, where a similar scene had played out in the Australian Open final. Serena had won then, too. With this year’s win, however, she clinched her 23rd Open-era Grand Slam title, surpassing Stef Graf’s record of 22. She is now one shy of the all-time record of 24 titles, which belongs to former Australian ace, Margaret Court.

For Serena, the stakes were high; she entered the tournament as the favourite. And, with people expecting her to win every single time, it seems to be bigger news when she loses. “It was a little surreal but, by the end, we were reminiscing about old times,” Serena says in an exclusive interview with WatchTime India. 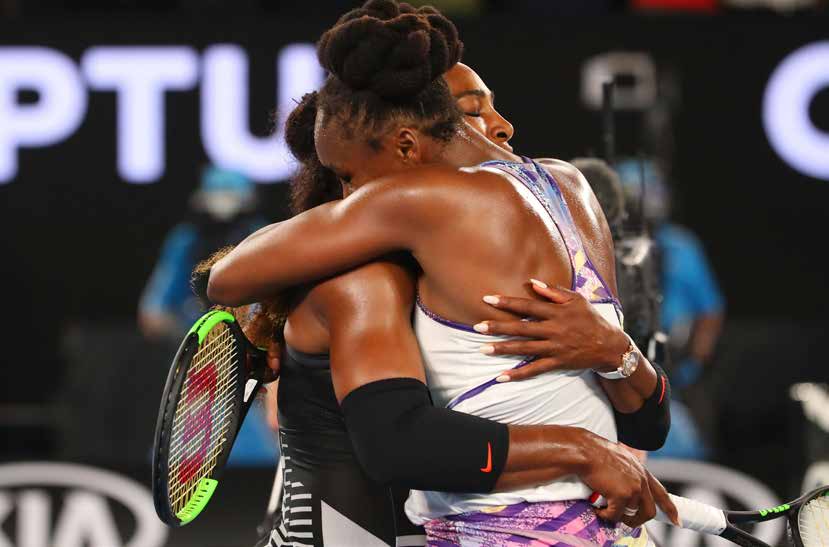 Though she regards Venus as her most formidable opponent, this time she was competing with herself. “No one has defeated me as much as Venus has,” she said at a TED talk recently. “She is my best friend and knows my game. So, when I go out there, I shut down my mind and tell myself that I am playing against a great player, but today I have to be better. We have huge love and respect for each other.”

"I always wanted to be the best tennis player and my passion for the sport drives me daily. I don’t feel the need to be inspired by anything else. I wake up and I want to be the greatest athlete. Society is evolving and so is the sports world. I am looking forward to becoming a mother and coming back to the court already. I am not done yet." Serena Williams

This was the ninth time the sisters were facing off in the final of a Grand Slam. Serena has won seven of those encounters. And, with the latest win, she also regained her world number one ranking, which she had briefly lost because of Angelique Kerber’s US Open win last September. Serena topped the rankings for the first time on July 8, 2002.

Now, at 35, she is the oldest female player to win a Grand Slam singles final and joins the league of sporting icons like Jack Nicklaus, who dominated golf for 44 years, Martina Navratilova, who ruled the tennis court for about 30 years, and Ryan Giggs, who had a record run of about 25 years in soccer.

What made this victory even sweeter was that Serena was eight weeks pregnant during the final. Few knew that. In late 2016, she had announced her engagement to Reddit founder, Alexis Ohanian by dedicating a poem on the social media platform. Some months later, she accidentally shared on Snapchat the news of her pregnancy, at 20 weeks, when she uploaded a picture in a yellow bathing suit. The image was immediately deleted. She later disclosed that she had found out about the pregnancy two days before one of the most crucial tournaments of her career. “I was nervous, but I knew I had to focus on the game at the moment,” she says. “There were many questions and confusions but I didn't have time to deal with any extra emotions. Because, pregnant or not, no one knew, and I had to win.”

She says her mental strength is her biggest gift and it helps her keep calm during matches. “Determination is the key, whether you are on or off the court. You have to feed it and work on it constantly,” she says. “I always wanted to be the best tennis player and my passion for the sport drives me daily. I don’t feel the need to be inspired by anything else. I wake up and I want to be the greatest athlete. Society is evolving and so is the sports world. I am looking forward to becoming a mother and coming back to the court already. I am not done yet.”

People have often asked her about her top form, even in her 30s, and her response has been that she plays without fear and still has the belief of a youngster. Also, fitness is extremely important to her because, six years ago, she was treated for a life-threatening condition caused by pulmonary embolism. This had cast a huge shadow on her career.

“Exercise is important as I am an athlete, but I intend to keep exercising for as long as possible, even during pregnancy,” she says. “It will help me get back in the game, so I need to keep as fit as possible. Eating healthy is a must, but staying healthy is actually a lifestyle.”

In terms of play, she looks up to Monica Seles and has adopted an aggressive style, hitting the ball powerfully to dominate early on. “To be the best, one has to learn from the best,” she says. During her early days on the circuit, Serena would routinely observe and learn from Pete Sampras, Steffi Graf and other icons. “I am extremely lucky because I have achieved what I had set out to do,” she says. “Obviously, I want to set the ultimate record, but there is still time. When I won my first championship I was barely 17, but I haven’t forgotten that feeling. Once you win, you want to experience it every time.”

But, what if she had not been a tennis player? “Then I would have been a ballet dancer,” she says. Recently, Serena was seen twerking in singer Beyonce’s visual album, Lemonade, which celebrates strong women. Serena also loves fashion and is a die-hard shoe collector, with an enviable pile of sneakers. In fact, it is the advancements in different areas like fashion and charity that have made her a role model for many.

“I love fashion, but it is hard,” she says. “You have to keep going. I am still fighting to make the right choices and you can’t give up. It is tougher than tennis because, in the sport, I am the master of my own destiny. But, fashion is dependent on so many external factors.” 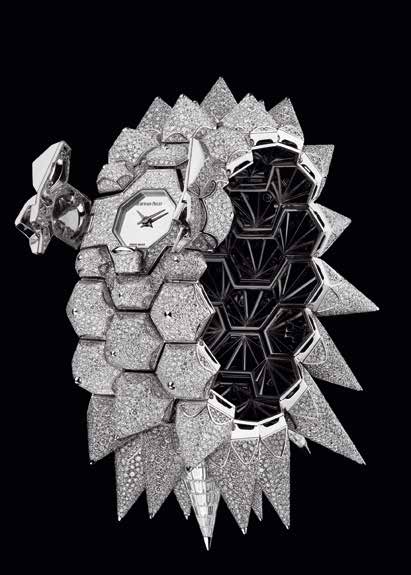 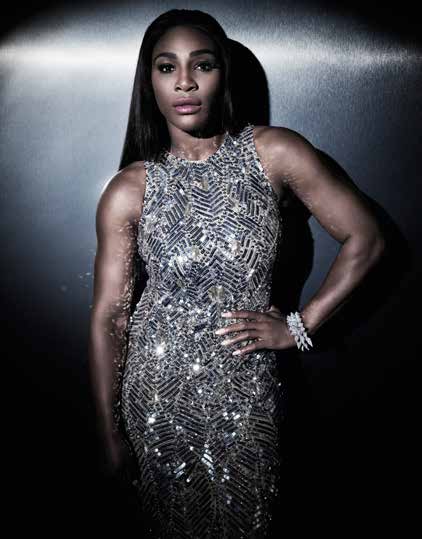 Not many know that the tennis ace is also an ardent watch enthusiast. A brand ambassador of the Le Brassus manufacture Audemars Piguet, Serena is one of the few tennis players to wear a watch during matches. “I have won so many times while wearing a watch that I think it has become a lucky charm,” she says. “My loyal companions on court are the Royal Oak Offshore and the Millenary,” she says. Serena owns about ten pieces and uses them on and off the court. “I owned a few AP timepieces even before I was signed on and I love the fact that the watchmakers take pride in the hard work they put into each creation.” 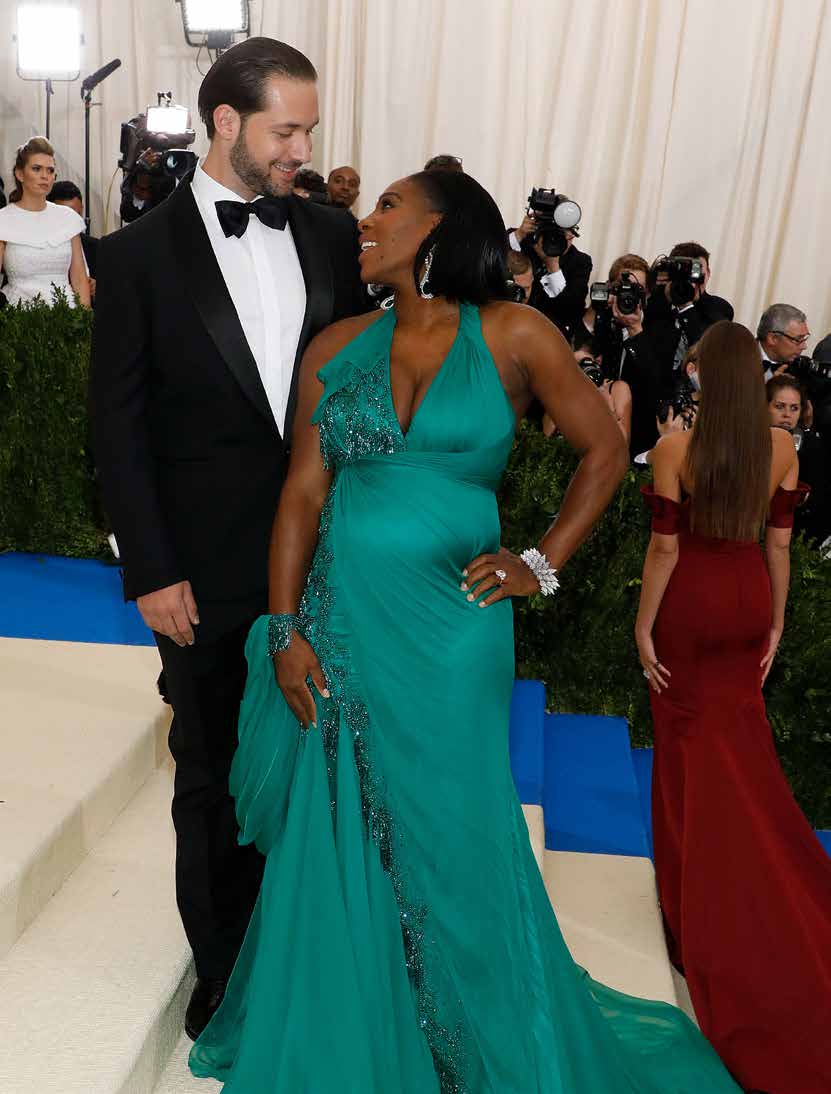 Her Met Gala appearance in May got her rave reviews; this was the first time she showed off her baby bump on the red carpet. She wore a custom emerald-green Versace gown with an Audemars Piguet Diamond Outrage piece. “It is a beautiful, strong and unique watch, and resonates with my personality,” she says. “I feel like the luckiest girl in the world every time I wear this watch.” And, as she is always on a tight schedule, she values time immensely. “I always think of what’s next, be it the next victory or trophy,” she says. “I hate it when people are late because I make all possible efforts to be punctual, as time is scarce. It is the greatest luxury in life.”

Besides tennis, Serena wants to be remembered for her charity work. She runs the Serena Williams Fund, which focuses on educating children and helping victims of violence. One can do anything as long as one believes, she says. “It sounds [like a] cliché, but I don’t know anything more powerful than mental strength.” 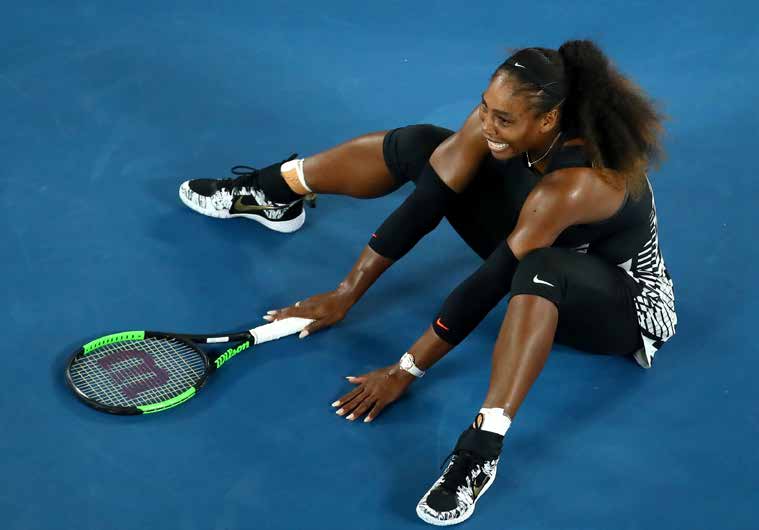