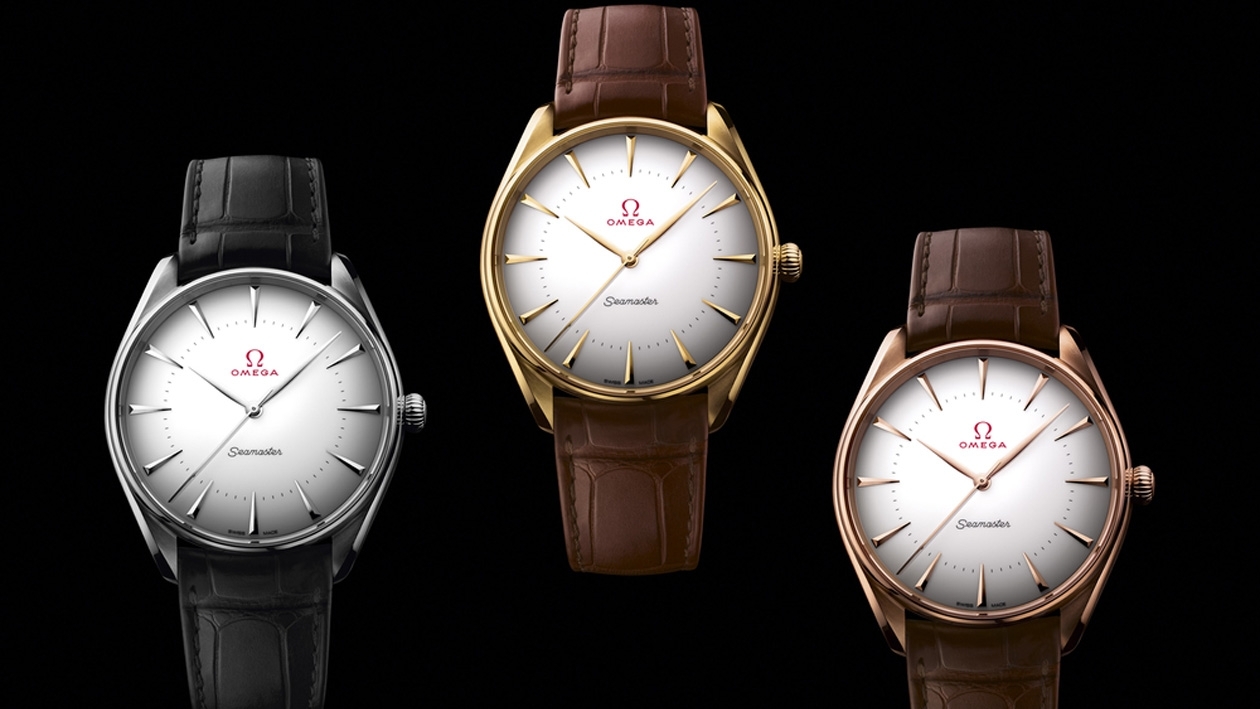 We're one day down already at the Pyeongchang Olympic Games 2018. Officially timed by Omega for the last 86 years (since the first Los

"The Seamaster is also available in a limited edition platinum version which is available in only 100 total pieces and is priced at $37,800."

Angeles Games in 1932), the 2018 Winter Games also played host to the launch of two separate lines of the Olympic Seamasters – one of them being the sporty chronograph which had been revealed at the beginning of the countdown. More on that watch, here.

Inspired by the Olympic-medals the second new line comes in three variations – 18k yellow gold priced at $17,300, 18k Canopus gold for the “silver” model priced at $18,900, and the 18k Sedna gold for the “bronze” version priced at $17,300. The 39.5mm pieces feature a corresponding caseback with an 18k gold ring emblazoned with the dates of all the host cities and dates of the Official Timekeeper of the Winter Games. The ring further encases a sapphire window showcasing the METAS-certified Master Chronometer Caliber 8807 movement. 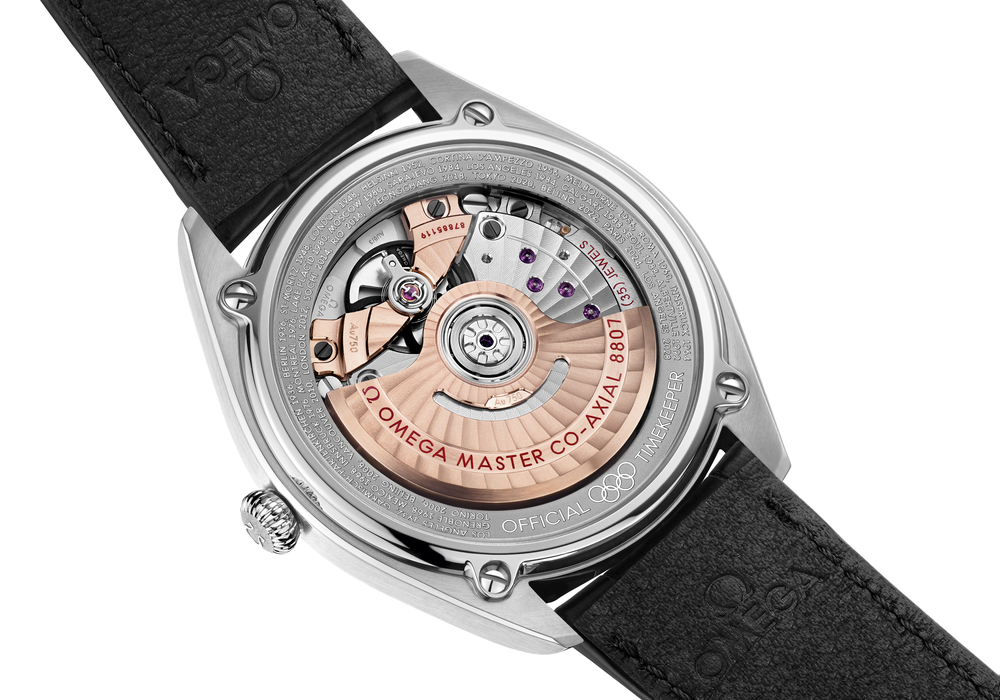 The domed dials are slightly off-white and feature a vintage Omega logo along with a sporty minute track. Each of the timepieces comes with two strap variations – brown and black leather. The Seamaster is also available in a limited edition platinum version which is available in only 100 total pieces and is priced at $37,800. 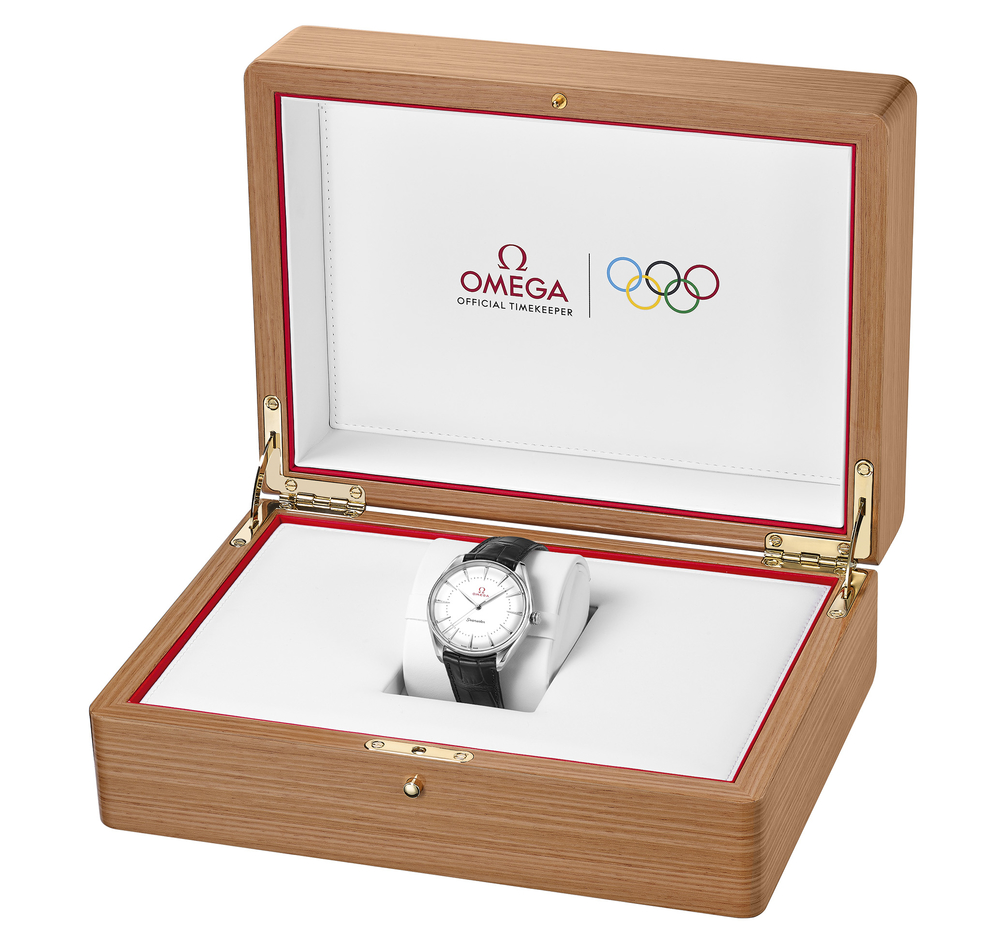 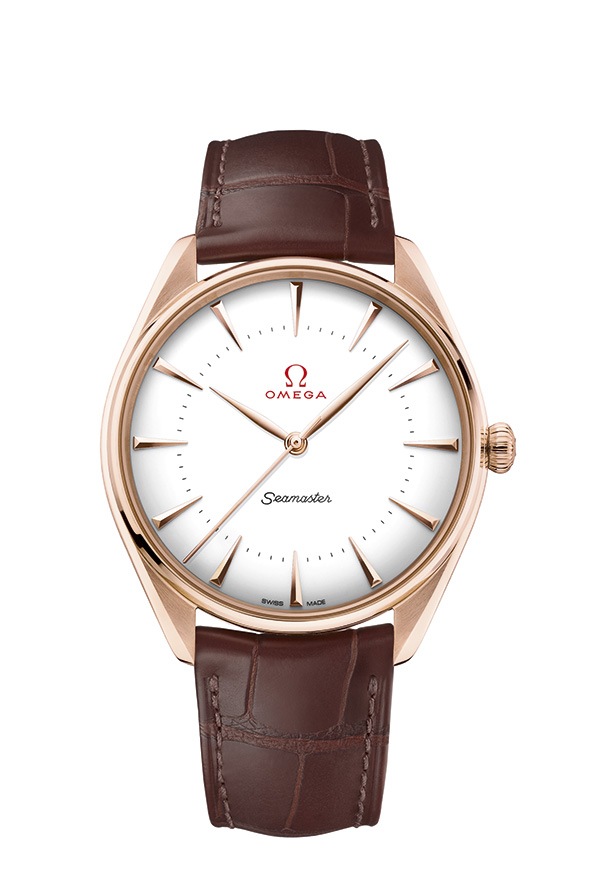 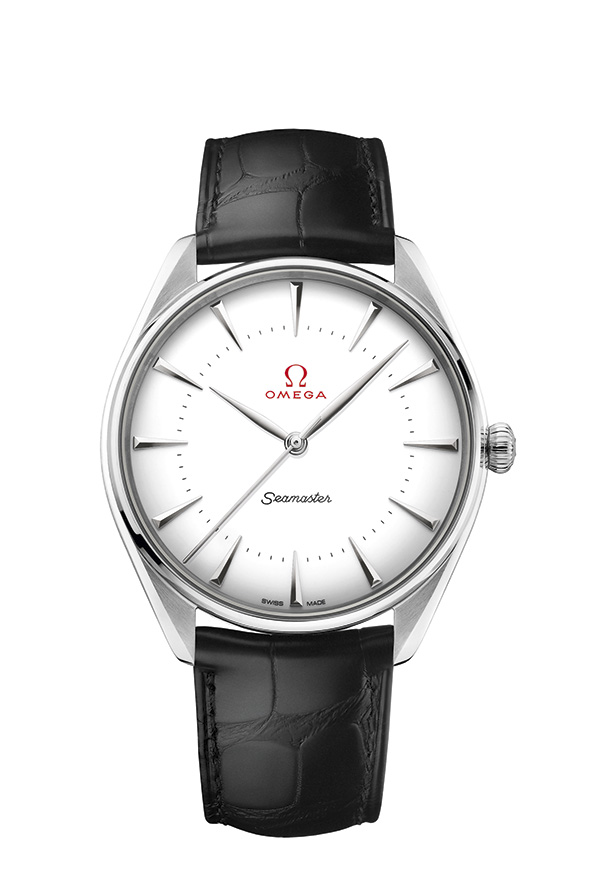 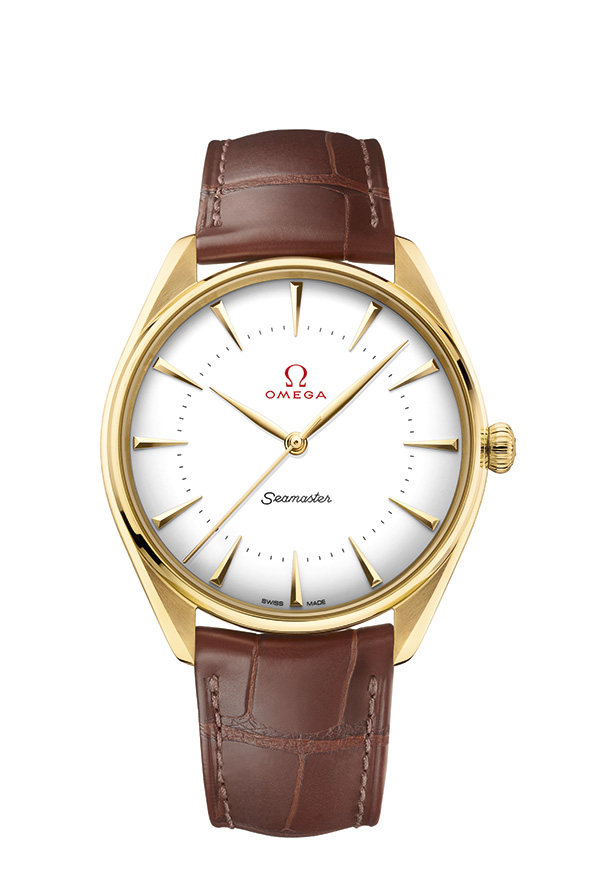