When Thiruvananthapuram-based Sohan Balachandran launched a Facebook community, followed by an Instagram counterpart, called TimeGrapher in late 2019, the idea behind it was simple -- to provide a platform for like-minded watch lovers like himself, to connect. Then COVID-19 struck in early 2020. Under lockdown, and house-bound, Balachandran, along with a few TimeGrapher members, wanted to spend time more productively, while also keeping the fledgling community engaged. So they struck upon a novel way to do it -- they created a new timepiece.

Fully upcycled, designed, and assembled by and through inputs of group members, the TimeGrapher Nazhika is a minimalistic self-winding watch eponymously named after the traditional way of timekeeping in Kerala. Representative of Kerala and its culture, its highlight is the painted hourmarkers in a specially designed Malayalam numerical script. 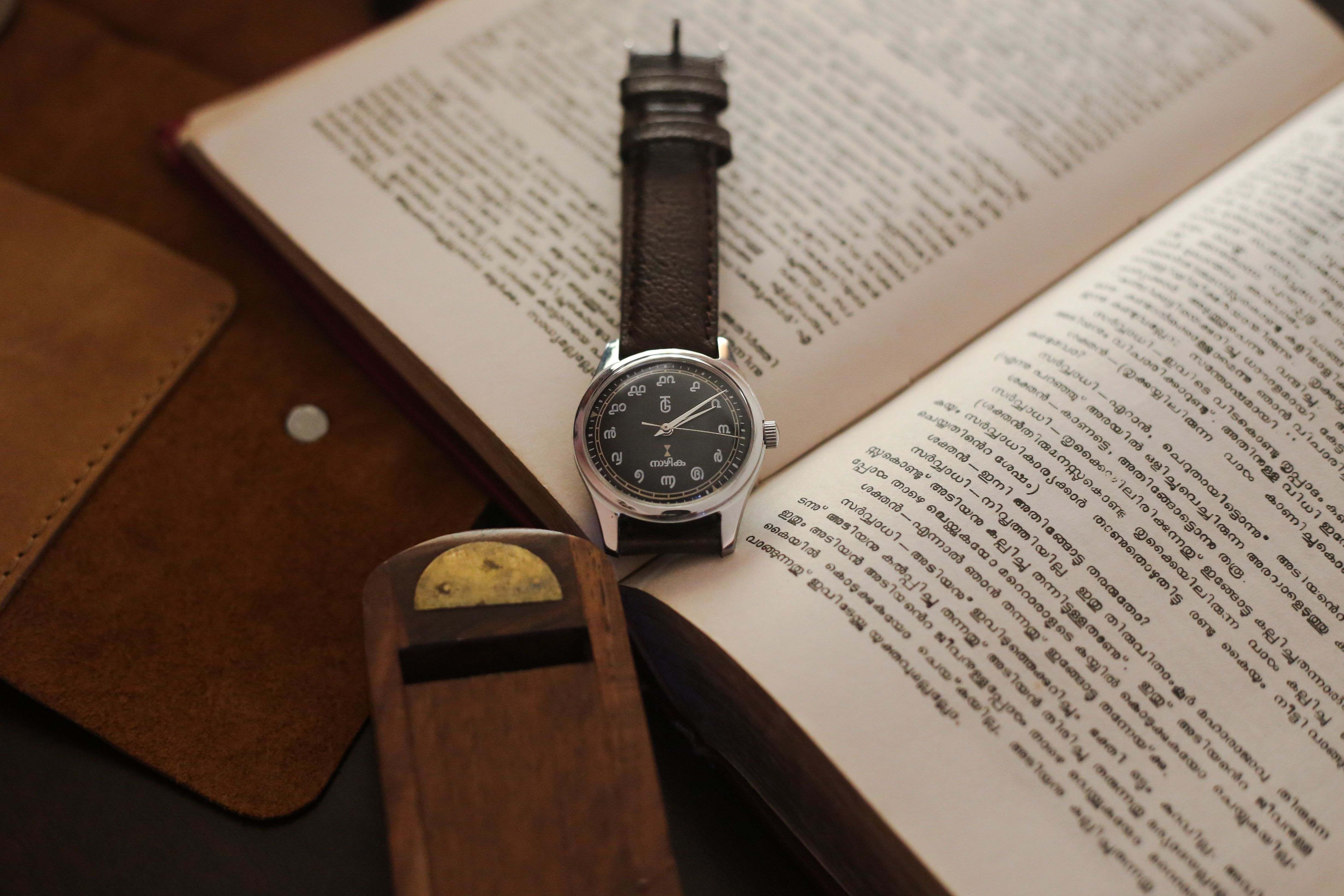 “As we decided to go further with the project, we were thinking within the group on what theme would we keep for the watch,” says Nishad SN, a member of TimeGrapher who was deeply involved in the development of the timepiece. “We wanted the watch to be an extension of Kerala’s culture and regional inputs. Sohan [Balachandran] suggested we look into Malayalam numerals, as he had seen them being used as page numbers in an old book.”

The group then approached notable poet and former Head of Malayalam Department at University of Kerala, Dr Desamangalam Ramakrishnan, who explained that Malayalam numericals did exist and were in use until 1980s in Malayalam books, after which Arabic numerals took over. Armed with this information, another member of the group, Dilip Maniyappan, a graphic designer, designed a font specifically for Malayalam numericals to be represented on the dial. "This was when it struck me the ideal name for this project should be Nazhika," says Nishad. Traditionally in Kerala, time is measured in terms of Nazhika and Vinazhika, with reference to sunrise. One Nazhika is the time taken by the earth to rotate six degrees (a day therefore divided into 60 Nazhikas). When converted to standard international time, a Nazhika is 24 minutes. This is represented on the hand-painted black dial watch by way of an inner track, where a small triangle indicates the completion of one Nazhika. “The watch had to look classy and elegant but not dated. The numerals were crafted as bold and simple to give the watch a contemporary look that is appealing to a new age watch enthusiast,” explains Nishad. Maniyappan designed the dial as well, and considerable time went into getting the design just right; the final iteration was the 29th one created.

Wanting to create a simple enough piece, the 36mm steel watch features an HMT 0231 movement, with a power reserve of upto 40 hours. Cost-effectiveness, serviceability, and availability were key factors in choosing the movement. The main components are all upcycled -- dials repainted and movements repaired and serviced. The straps are synthetic leather. The assembly was handled by Ali Bagasrawala, CEO and founder of HATZ Inc, and a prominent face in the Indian watch community; he sourced parts from various regions and handled the assembly entirely.

The watch was released early his month by Prince Adithya Varma of the erstwhile royal family of Travancore at Kowdiar Palace in Thiruvananthapuram, all 40 pieces going to the TimeGrapher community members who had pre-booked it. A zero-profit watch, Nishad says more enquiries are coming in about it, and new ideas are under process. “Updates shall be shared via our Instagram handle @time.grapher. For now, we are glad people are taking up Malayalam numericals again.”