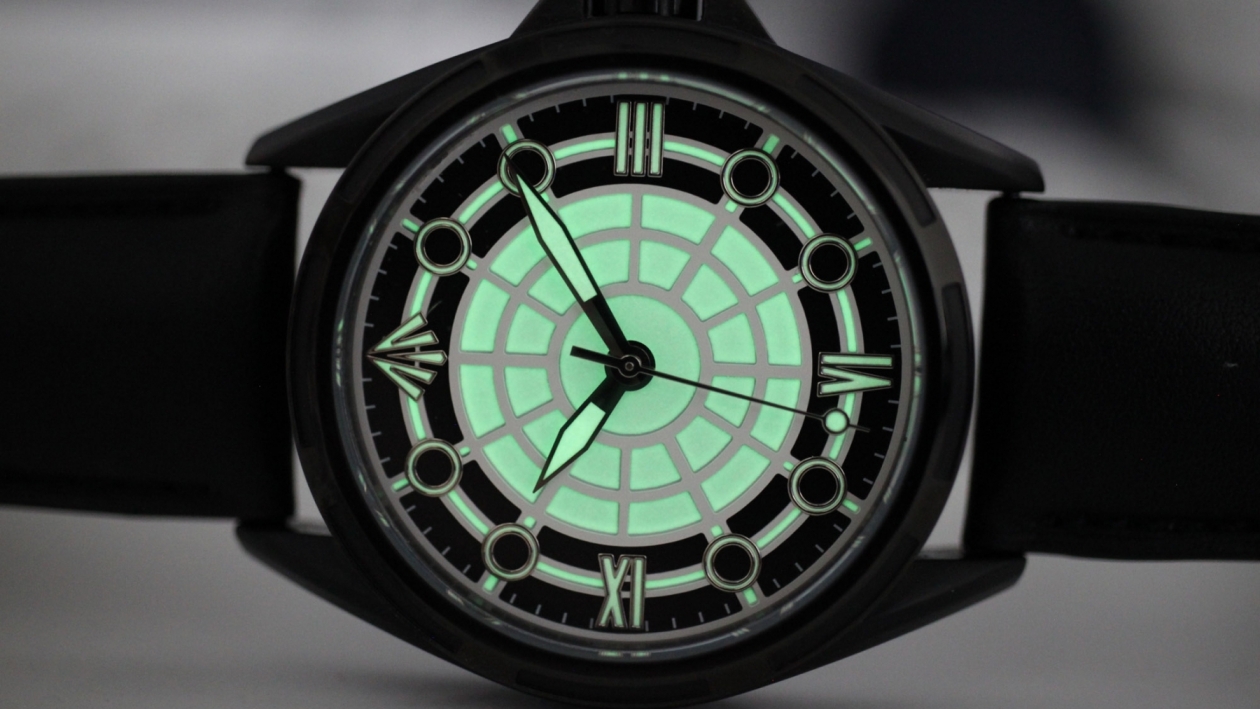 Here's how you check if your watch is radioactive.

On December 21, 1898, Pierre and Marie Curie extracted radium chloride from uraninite, in the process discovering the radioactive radium. Shortly after, it was found that if you mixed radium salt with zinc sulphide and a glue agent, the result would be a pale, glowing paint. During World War I, soldiers in the trenches could not see their watches at night and their pocket watches were not suitable for this environment. So, watchmakers started making men’s watches with straps, and started adding the glowing radium paint on the dial. Ra-226, the radium isotope, was used on most Swiss watches, especially those of Patek Philippe and Rolex. The paint usually contained 1 to 3 milligrams of radium for every 100 grams of zinc sulphide. Ra-226 has a half-life of 1,600 years, but the zinc sulphide decays much faster. The more the radium was submitted to strong light, the more it damaged the ZnS particles in the mixture. Therefore, many old dials do not show any or much luminescence. In that case, a Geiger counter is used to reveal the Ra-226. This is important because, if a watch is said to have an original radium dial, it should set off a Geiger counter—no exceptions. Collectors did not start testing radium dials and hands with Geiger counters until recently, and some people have gotten nasty shocks.

During World War I, the US army and the United States Radium Corporation employed thousands of women to apply radium paint on watches. The pay was three times the average working girl’s wage—1.5 cents per dial. The “radium girls” were told the paint was safe to handle, and so virtually no precaution was taken. The shop girls were given no protection and were even encouraged to lick their brushes to get a fine point for detail work. They did so for years. Many died young, usually in horrible pain and fear, while others had weakened bones, lost teeth and had various forms of cancer.

After the US government banned Ra-226 in 1968, watchmakers started using tritium, a radioactive isotope of hydrogen. Tritium emits low-energy beta particles and has a half-life of 12.32 years. Its success was due to lower radioactivity, almost zero under glass. It was used till 1990.

Then, in 1993, LumiNova was patented, and soon replaced all tritium dials. Most Swiss brands, especially Patek Philippe and Rolex, were fast to adopt LumiNova and, since 1998, it has become standard and obligatory. The LumiNova paint loses its phosphorescence after a few hours without any light source, but is especially shiny in the two hours following exposure to light.

If you received a watch from your father or from your grandparents, how do you know if it is radioactive?

If you do not have a Geiger counter, a good way to test the dial is to keep it in the dark overnight and examine it while still in the dark. Then expose it to sunlight and take it back into a darkroom. There is radium: If the markers remain dark at all times or glow faintly in the dark but do not charge under sunlight. The zinc sulphide glows in the dark because of radium radioactivity. There is no radium: If the markers were dark after being kept in the dark overnight, and then charged up in the sunlight and glow brightly in the dark. If so, the watch has modern “light-charged” luminous compounds such as LumiNova or Super-LumiNova.