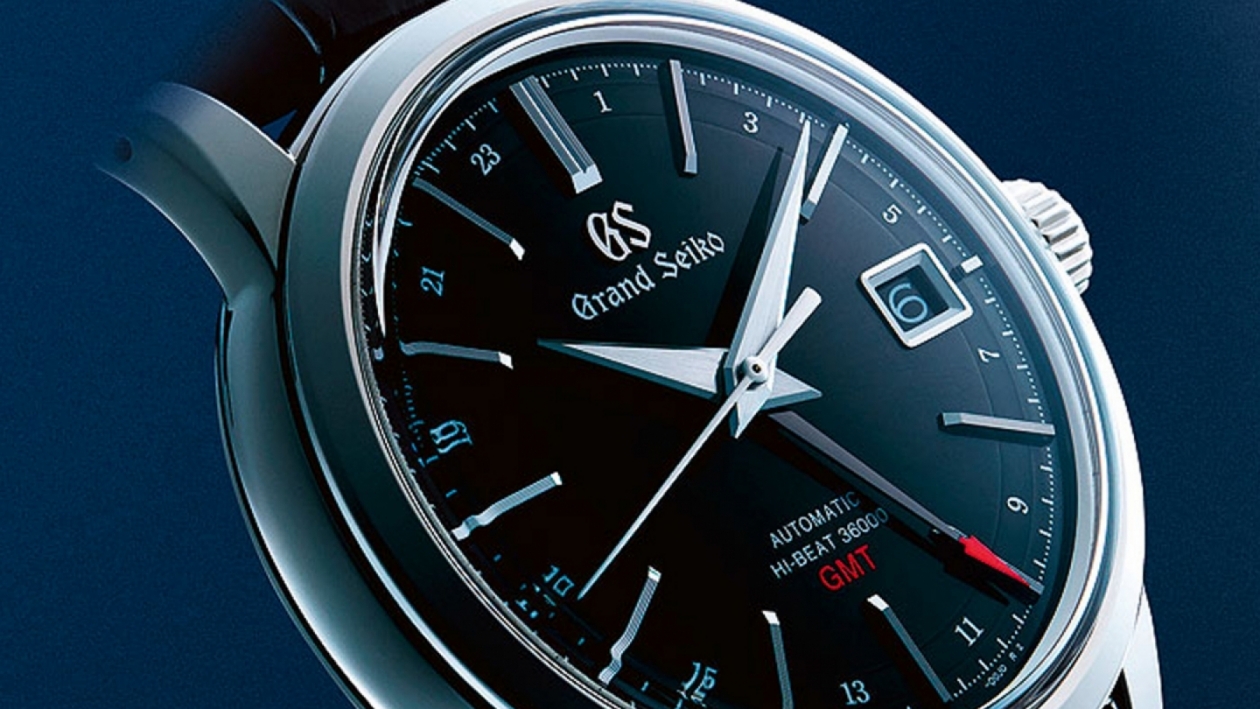 It’s hard to believe that Grand Seiko has been on the international market just 10 years, since it’s celebrating its 60th birthday. Its Elegance GMT has a modern time-zone function and a high-speed automatic caliber that’s absolutely up to date.

Nothing but the best is good enough for Grand Seiko. The watch manufacturer from the Far East made this a priority 60 years ago and, in order to win the Swiss chronometry competition, developed a high-speed caliber oscillating at a frequency of 36,000 vibrations per hour. Of course, even back then, people knew about the higher accuracy that went with higher frequency, but they were also well aware of the enormous technical challenges that must be mastered to achieve this noble goal.

The mainspring must do double duty: it has to deliver high torque to supply the balance with enough energy to support speedy back-and-forth oscillations while simultaneously storing enough energy to support an adequately long power reserve. Meanwhile, the gear train and escapement must be able to withstand the stronger forces acting on them. Then as now, Grand Seiko and Zenith are the only brands that have successfully tamed these forces in fast-oscillating, serially manufactured calibers. 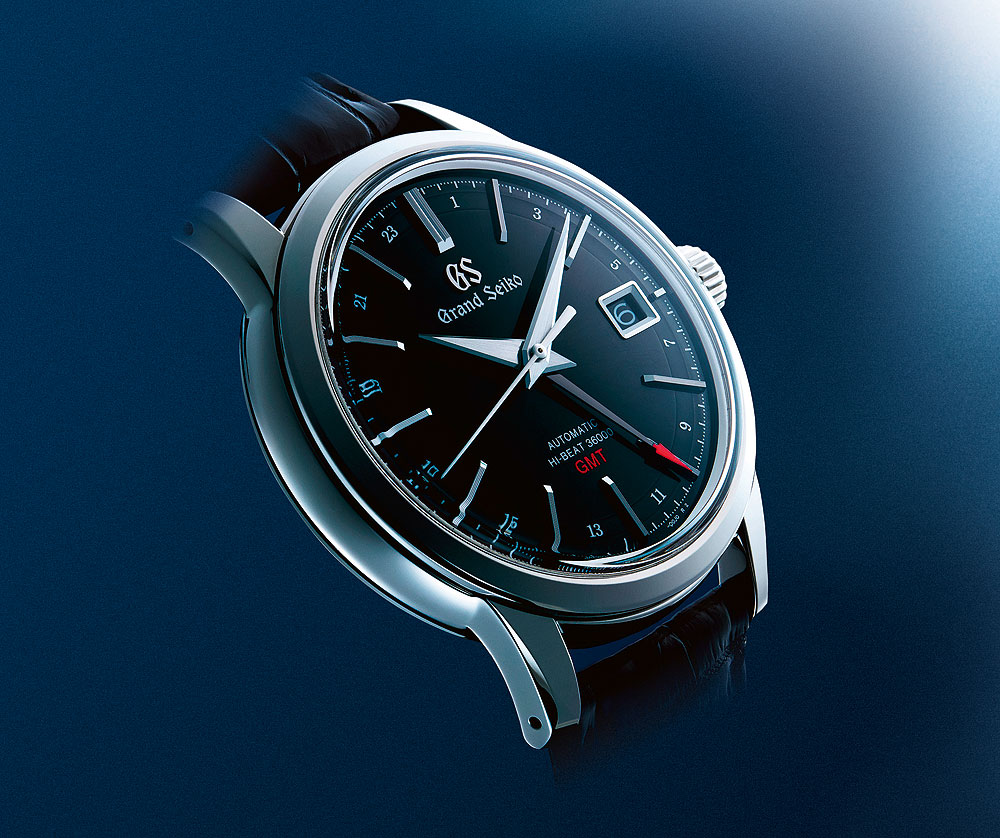 Grand Seiko’s Caliber 61 passed the chronometer test administered at the Neuchâtel Observatory in 1969. At the same time, Grand Seiko was ready to launch its first quartz watch (the Astron) in keeping with the brand’s striving to build the world’s most accurate watches. It is therefore not surprising that this year’s Grand Seiko 60th anniversary collection includes both a quartz watch encasing newly developed Caliber GS 9F85 and a mechanical model with a speedily oscillating movement of the highest quality. The latter caliber ticks inside the Elegance GMT, our test watch. A High-frequency Automatic Movement with a Modern Time-zone Display
The fast-paced heart of the Grand Seiko Elegance GMT is Caliber GS 9S86, which Seiko calls the “Hi-Beat.” Like Caliber GS 9S85 on which it is based, Caliber GS 9S86 shows the hours, minutes and seconds from the dial’s centre. But unlike its predecessor, this new movement also includes a so-called “GMT” function. The name “GMT” is somewhat misleading because this modern time-zone function can do more than merely show the time in Greenwich. It earns the adjective “modern” because when its user changes the time zone via the middle crown position, the hour hand can be switched forward or backward step by step, in hourly increments. Meanwhile the fourth (GMT) hand keeps home time, assuming it had previously been set to that zone’s time as a 24-hour hand. The same hand could also be used to show a second time zone. During the time change, the date display automatically jumps forward or backward and to-the-second time is accurately kept because the movement continues to run. This is not only especially important for international travellers, but it also embodies Grand Seiko’s commitment to keeping time with the utmost accuracy. According to Grand Seiko’s latest standard, the acceptable tolerance must remain between -3 and +5 seconds of deviation per day (tested in six positions during 17 days). Our test watch gained about 3.5 seconds in various positions and thus upheld the standard. The very small difference among the several positions is especially noteworthy.

Grand Seiko’s time-zone function is on a par with those offered by brands such as Omega, Breitling, and Bulgari. And its high-speed movement is a nose ahead with an impressive 55-hour power reserve after full winding. A new mainspring enables the movement to achieve this long autonomy. The mainspring is made from an alloy known as “Spron 530,” which took six years to develop and delivers approximately six percent more power than its predecessor. This means that it guarantees high torque and thus provides the power needed to support the balance’s speedier frequency. It also adds an extra five hours to the power reserve, while simultaneously offering the same high degrees of corrosion resistance, durability and invulnerability to magnetism.

Furthermore, components manufactured using innovative MEMS (Micro Electro Mechanical System) technology ensure the precision of the movement. MEMS is Seiko’s proprietary technology and was developed for semiconductor manufacturing. Thanks to MEMS, important components can be fabricated lighter, smoother and in finer detail. The escape wheel and lever are manufactured to an accuracy of 1/10,000th of a millimetre, thus significantly improving their performance. The new escape wheel contains oil reservoirs at the end of each gear tooth, which has improved the oil absorption on which the smooth functioning of the gear train depends. 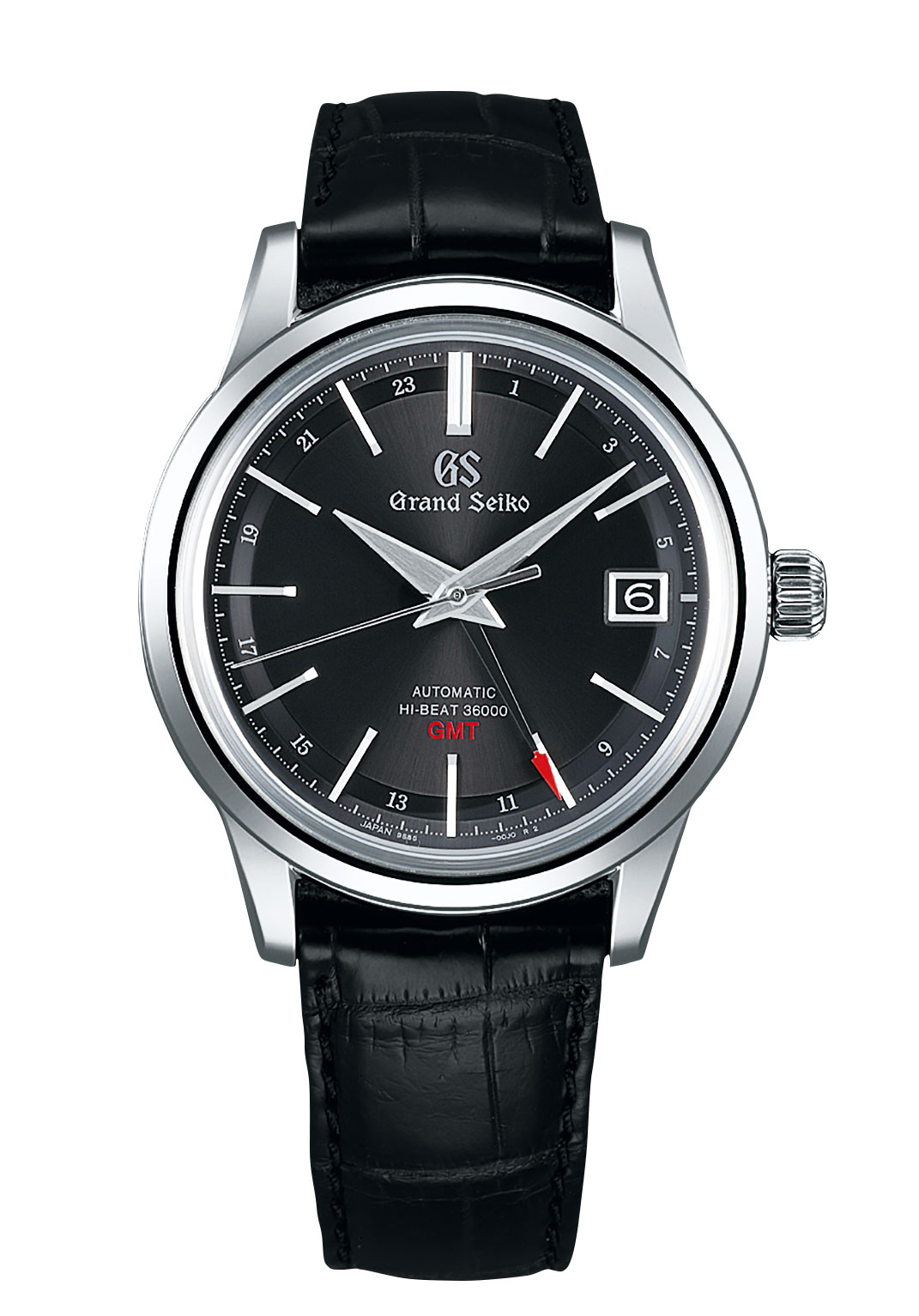 Grand Seiko’s pride in high-speed movements can be seen on the dial with the 1/5-second scale along its edge, which the second hand reaches exactly. This is one of a trio of classic hands that have shaped Grand Seiko’s style from the very beginning — most recently, since 1967, with the 44GS. Smoothly satin-finished surfaces and highly polished edges create sharp contrasts and guarantee good legibility from various viewing angles, although they sometimes sparkle atop the glossy black background, as do the polished hour markers, which are beveled toward the dial’s centre. A small movement of the wrist, however, is all that’s needed to regain a clear view of the time of day. Nighttime legibility is not part of Grand Seiko’s concept for the Elegance line.

The fourth hand was added to Grand Seiko in 2002. Its design differs from the dauphine style used for the main hands. And its matte finishing makes it appear blackish-grey and sometimes almost disappear, except for its eye-catching red arrowhead, which exactly reaches the outer end of the slightly lowered 24-hour ring.

Like many elements of the dial, some of the details of the case conform to the clear dress code of the Grand Seiko line. The narrow, sloping bezel is fully polished and particularly striking. It surrounds a highly curved sapphire crystal that underscores this watch’s retro style. The middle part of the case, by contrast, differs from its counterparts on other models because of its convex curvature. Familiar styling is preserved, however, in the characteristic facets on the strap lugs, which incline downward to assure good wearing comfort, despite the fact that this watch’s diameter is by no means small: it spreads a caliper’s jaws nearly 40 mm. Six screws in the back affix the pane of sapphire crystal, through which a connoisseur can admire the movement, which is brilliant in both senses of the word. 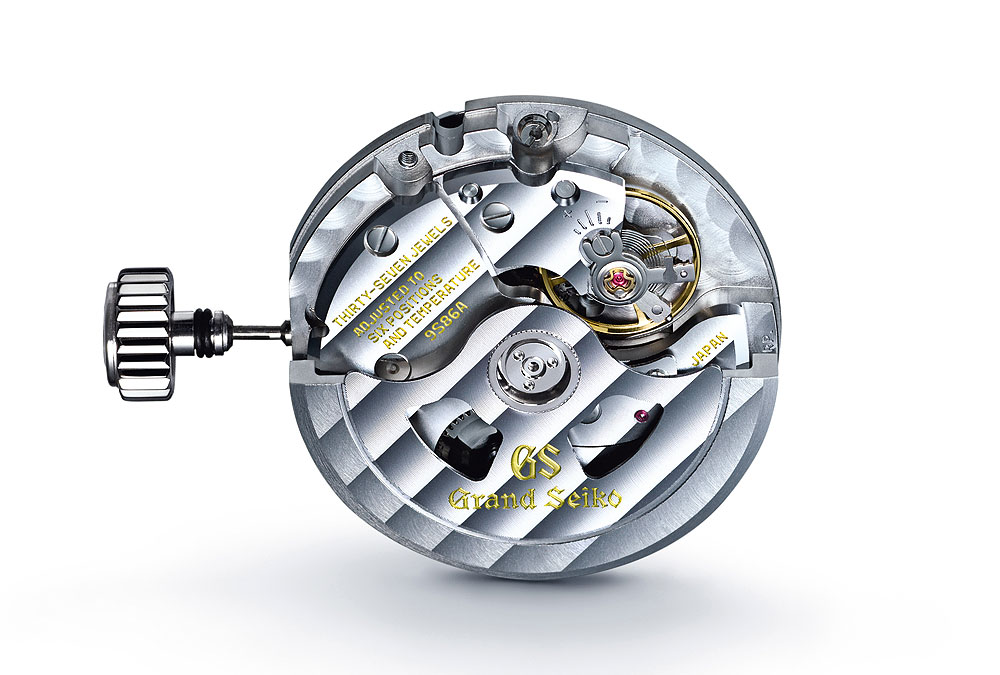 Few Alternatives to the Elegant High-Speed Movement
Such a classic watch calls for a classic leather strap that embodies high-quality workmanship and is secured by a folding clasp. The strap is fixed with a pin buckle and a moveable stainless-steel loop just as comfortably as the clasp can be opened again with side push-pieces.

The price of $6,500 for a modern watch with a manufacture movement and a time-zone function has a strong appeal. The market offers few options that are directly comparable. Tudor offers the same functionality and a manufacture caliber with the Black Bay GMT, but it’s clad in a sportier outfit and priced at INR 2.74 lakh (approx.) on a leather strap. Completely different functionality and design are available in the GMT versions of the Omega Planet Ocean (INR 5.67 lakh approx. on a rubber strap) or the famous Rolex GMT-Master II (INR 7.14 lakh approx. on a Jubilee bracelet). These competitors simultaneously pose an opportunity and a challenge for the Grand Seiko Elegance GMT. 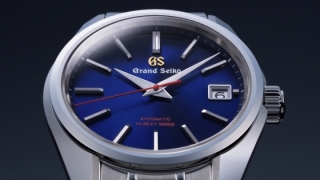 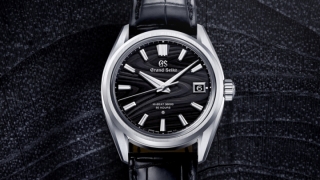 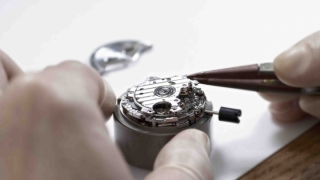 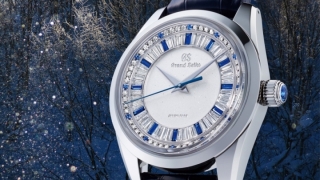 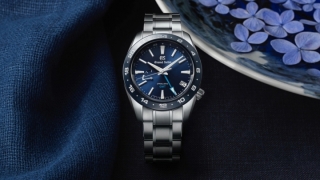 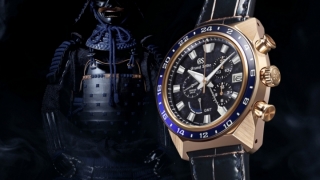 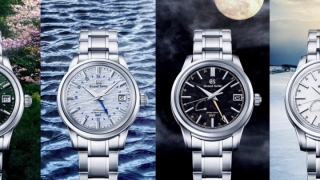