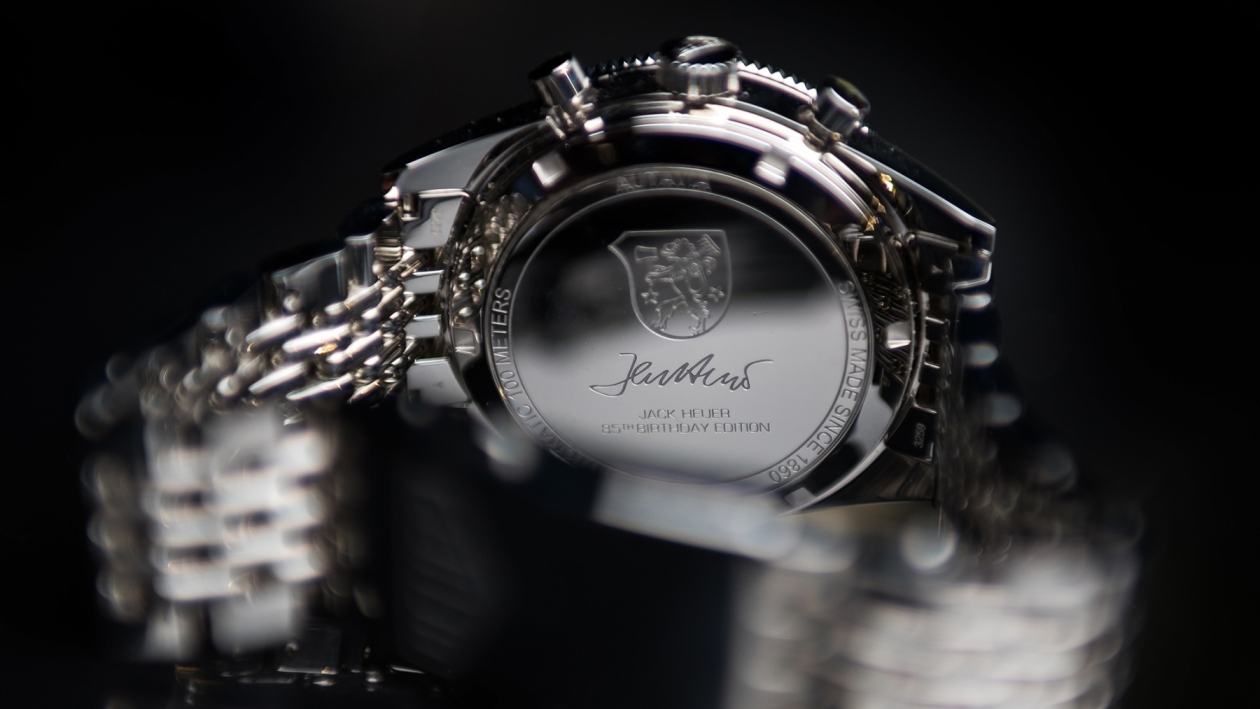 TAG Heuer commemorates the legend Jack Heuer's birthday with a limited edition of the Autavia.

The legend behind the original 1962 Autavia model and TAG Heuer's honorary President, Jack Heuer will be turning 85 on the 17th of November. To celebrate this occasion, TAG has unveiled a special edition Autavia chronograph, limited to 1,932 pieces, marking the year of his birth. The first of these special editions will be a part of the exceptional timepieces auction, the “Heuer Parade” organised by Phillips on the 11th November, 2017 in Geneva. 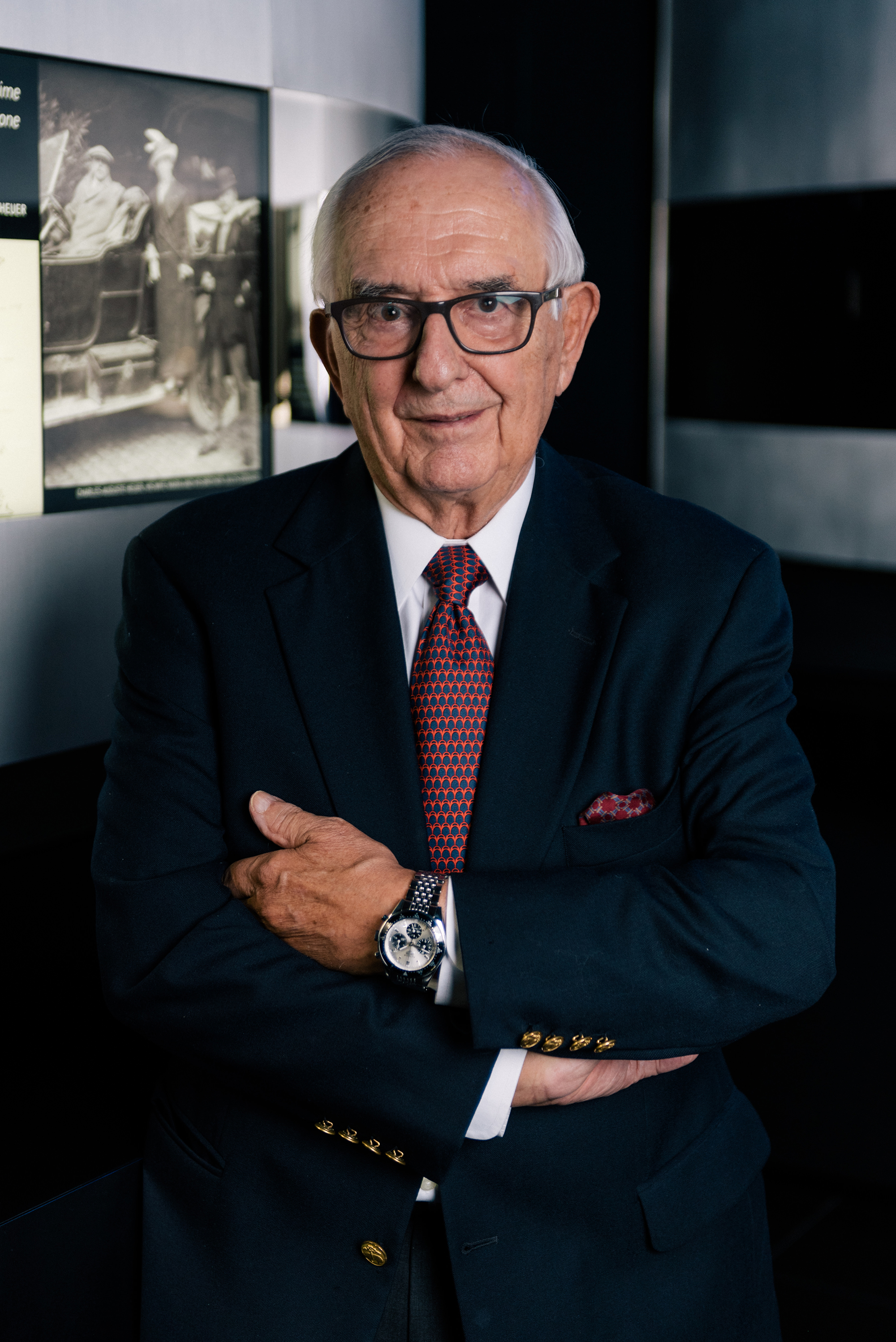 "It was the very first timepiece that I designed, and today I am proud to present the last watch that I have created!" Jack Heuer

The new 42mm reissue has been designed by the man himself. Slightly more imposing than the 1960's 39mm, the new Autavia chronograph epitomises the vintage look and feel of the original timepiece which is grounded in the real world with a touch of modernity. With a 12-hour graduated black aluminum unidirectional bezel and a new Heuer-02 calibre propriety chronograph movement, the functions of the new Autavia tailor to the modern-day requirements with a self-winding calibre, power reserve of 8 hours, date at 6'o'clock, and water-resistance to 100m. The case encircles a silver dial with three black snailed counters and applique indexes in steel coated with beige SuperLumiNova. 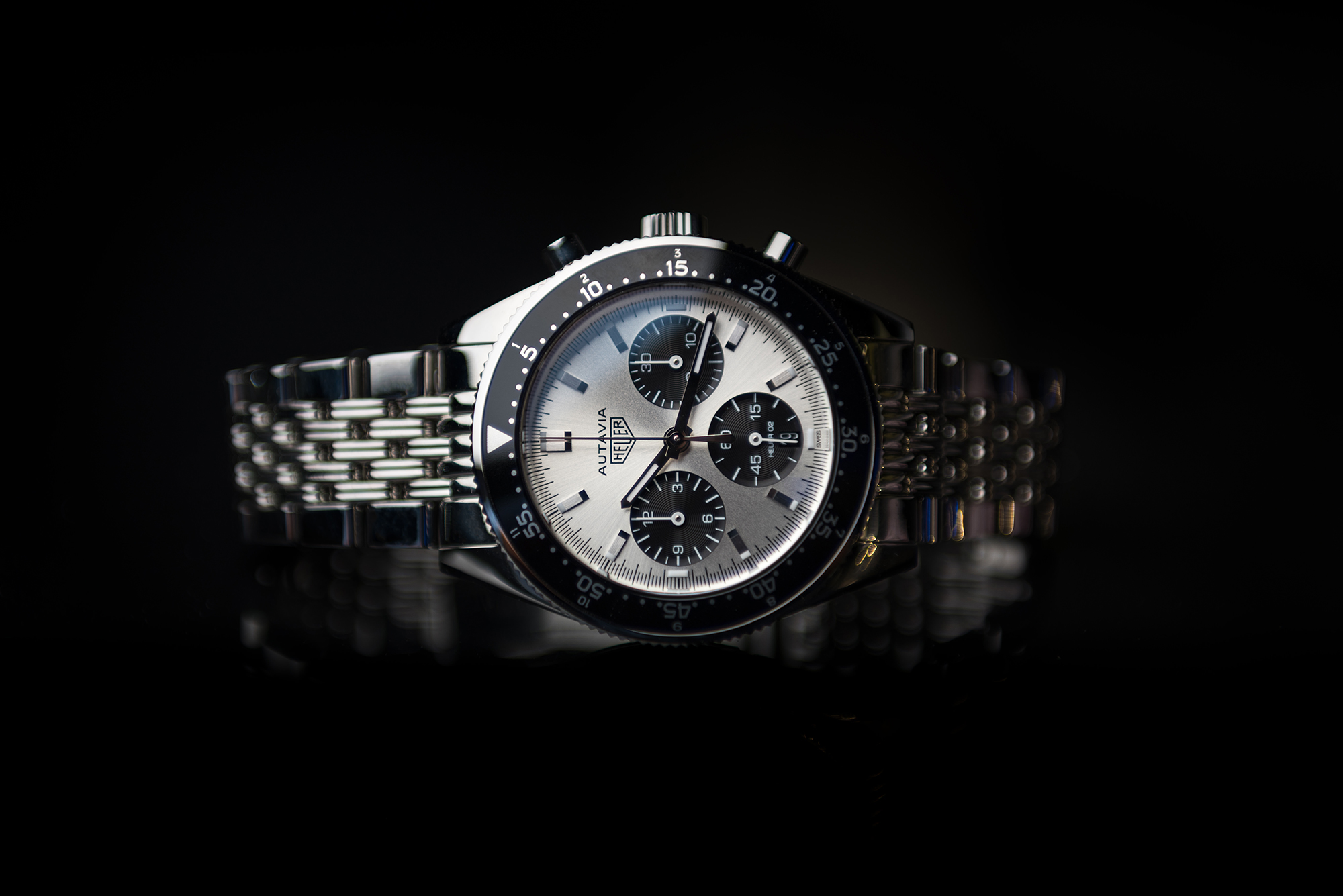 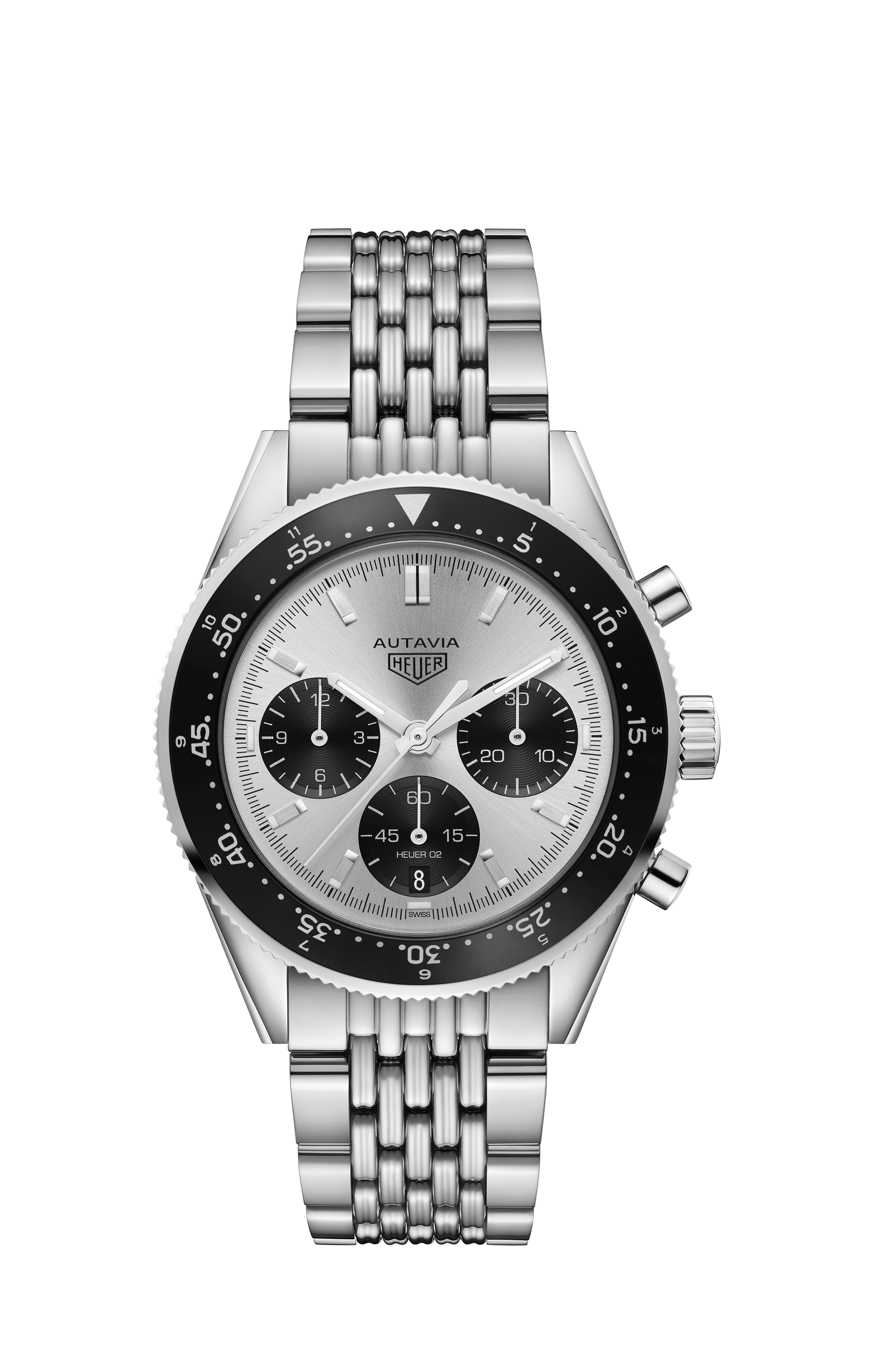 In reference to the Autavia, Jack Heuer said: "The story of the Autavia is a rich drama, full of twists and turns. It is one of my proudest achievements to have successfully converted chronographs into the Autavia wristwatch in 1962, so this collection has a special place in my heart: It was the very first timepiece that I designed, and today I am proud to present the last watch that I have created!" 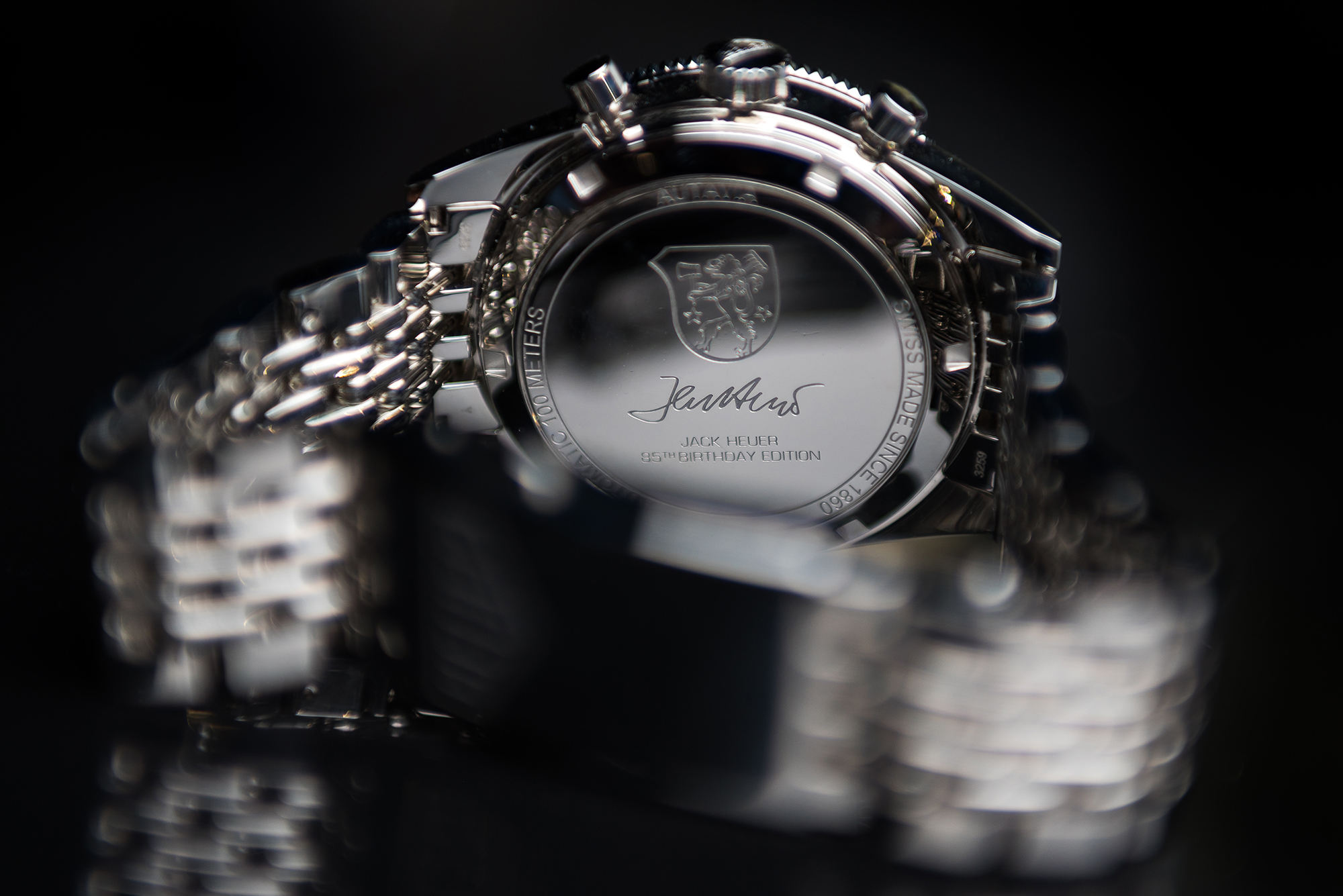 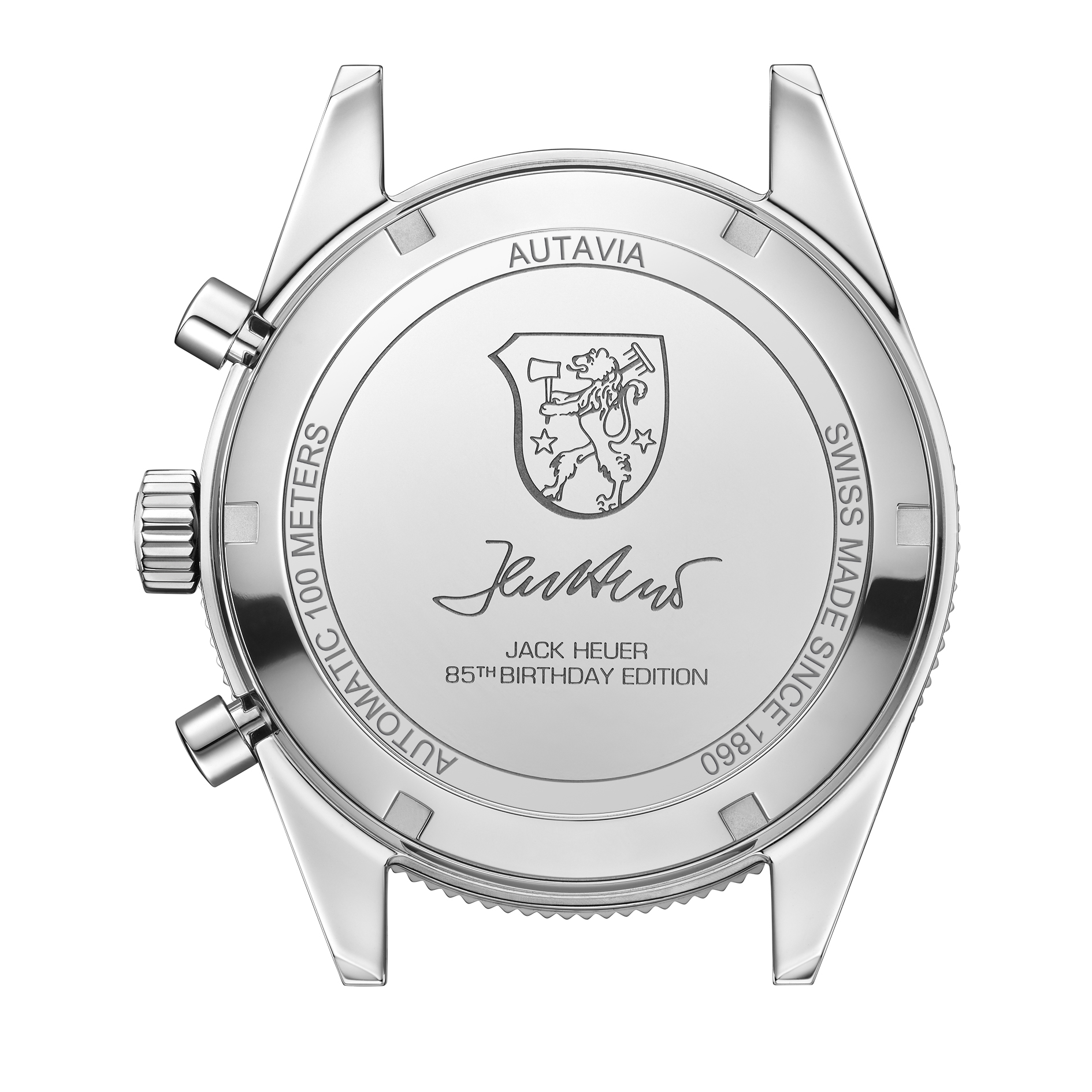 The world first came face-to-face with the Autavia in 1933 when Heuer designed the first dash counter for racing cars and aircraft. A contraction of AUTomobile and AVIAtion, the Autavia chronograph was re-created by the fourth generation head of the company, Jack Heuer three decades later as his first wrist sports chronograph in the year 1962.

Named as one of the most sought-after collector's chronographs till today, the new Autavia seems like the perfect tribute to the original creator of this extensive range, Mr. Jack Heuer. Click here to view some of the timepieces from the past.