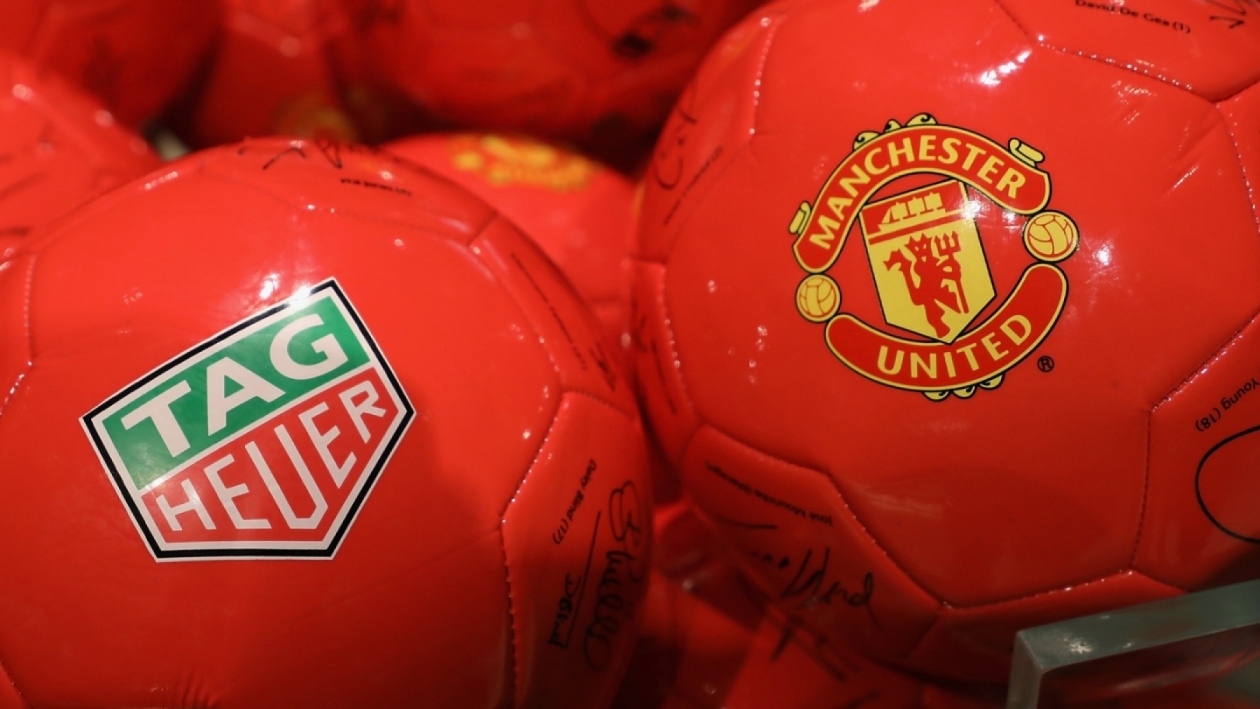 Already in its third season as the Official Timekeeper of Manchester United, LVMH avant-garde watch brand TAG Heuer launched two new Manchester United special editions to mark the Red Devils' tour of the United States where they will be preparing for the English Premier League. The two new red and anthracite grey models will soon be spotted on the players from the start of he 2018/2019 season.

The first model released is the TAG Heuer Carrera Heuer 01, a 43mm sporty piece featuring the club's colours. The dial includes the Manchester United logo at the 9 o'clock position, the flange with 60-second scale, and the TAG Heuer shield on the bezel at 12 o'clock; along with the hour, minute and chronograph central seconds hands. The anthracite skeleton dial offers a glimpse of the Heuer – 01 Manufacture Chronograph movement The rubber strap comes in the club's iconic signature colour. The special edition comes with a sapphire caseback with the red devil decal logo. 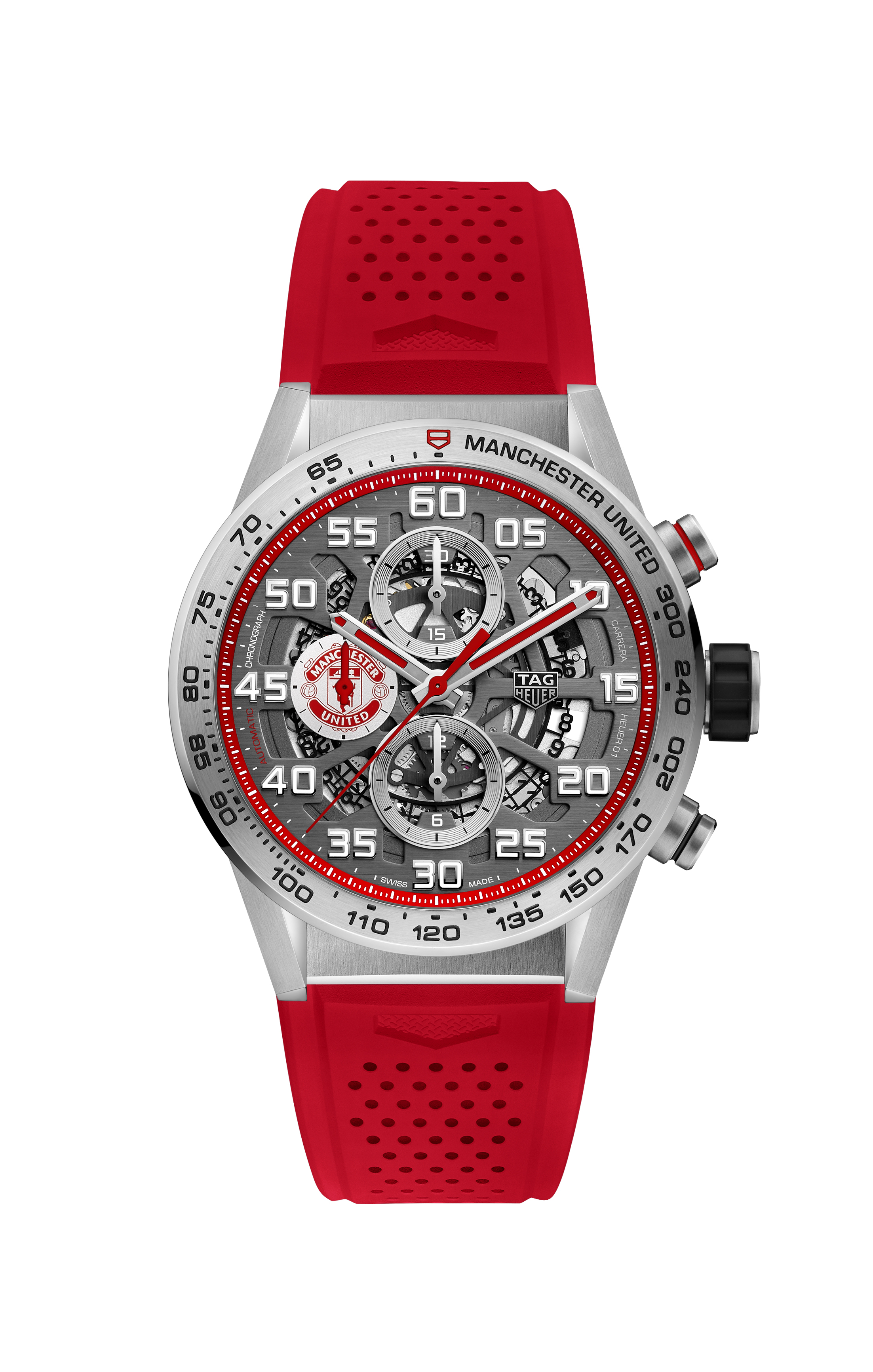 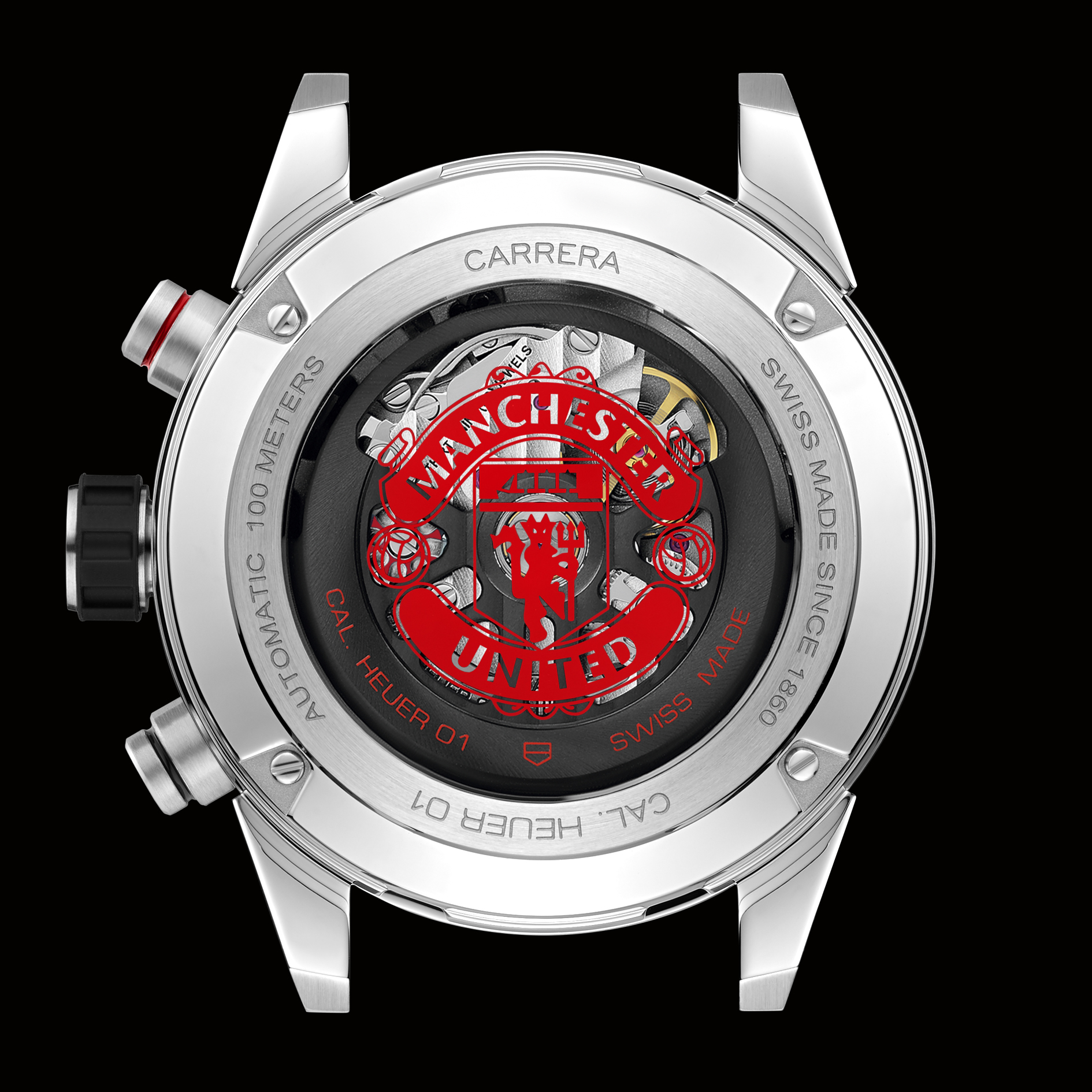 The second model is the TAG Heuer Formula 1 chronograph. The all-steel quartz chronograph has a tachymeter scale on its steel bezel. The opaline anthracite dial also echoes the club red with the logo positioned at the 6 o'clock counter. The 4 o'clock position features the date. The chronograph comes with a perforated black rubber strap with the Manchester United logo. 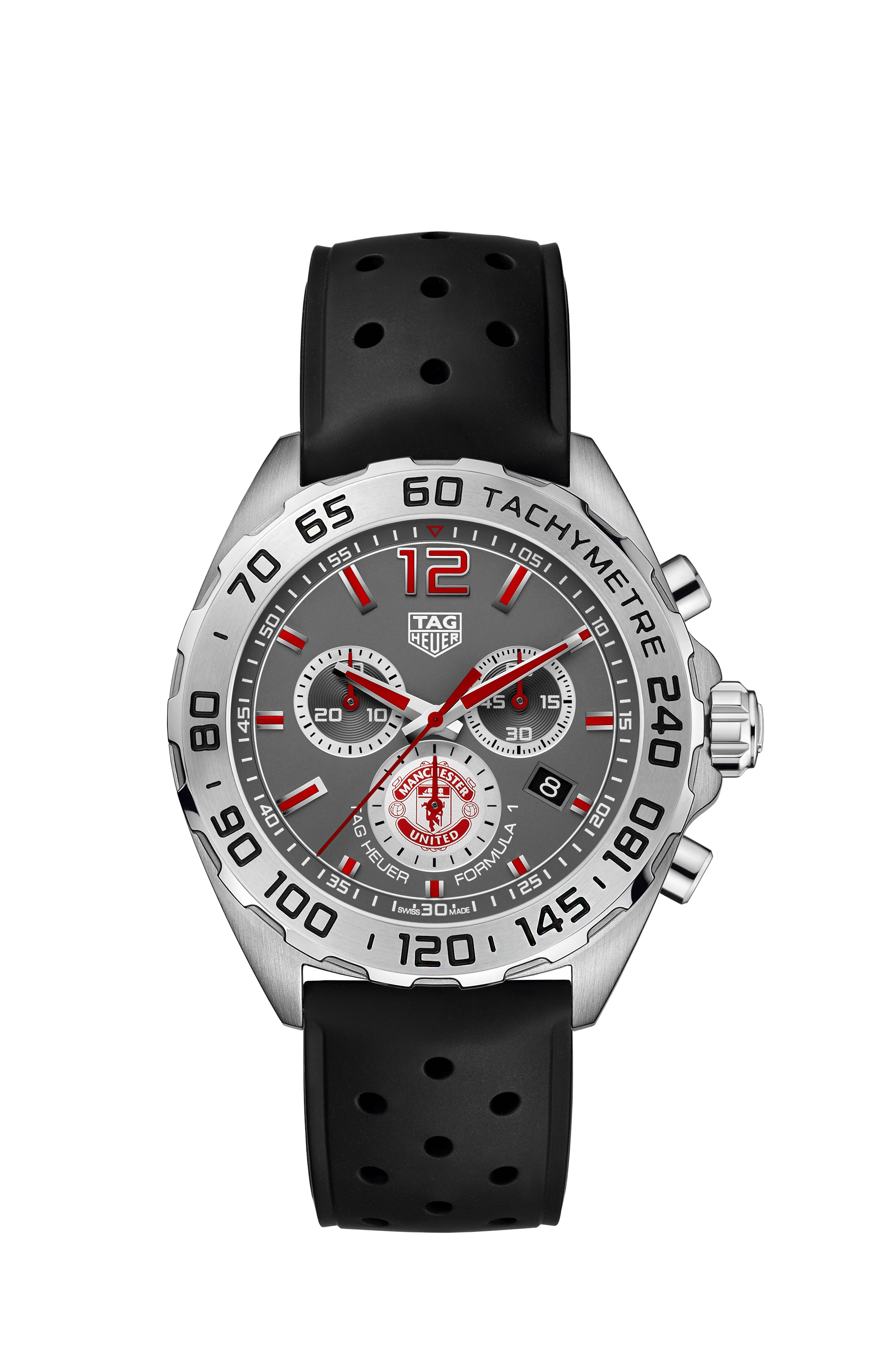