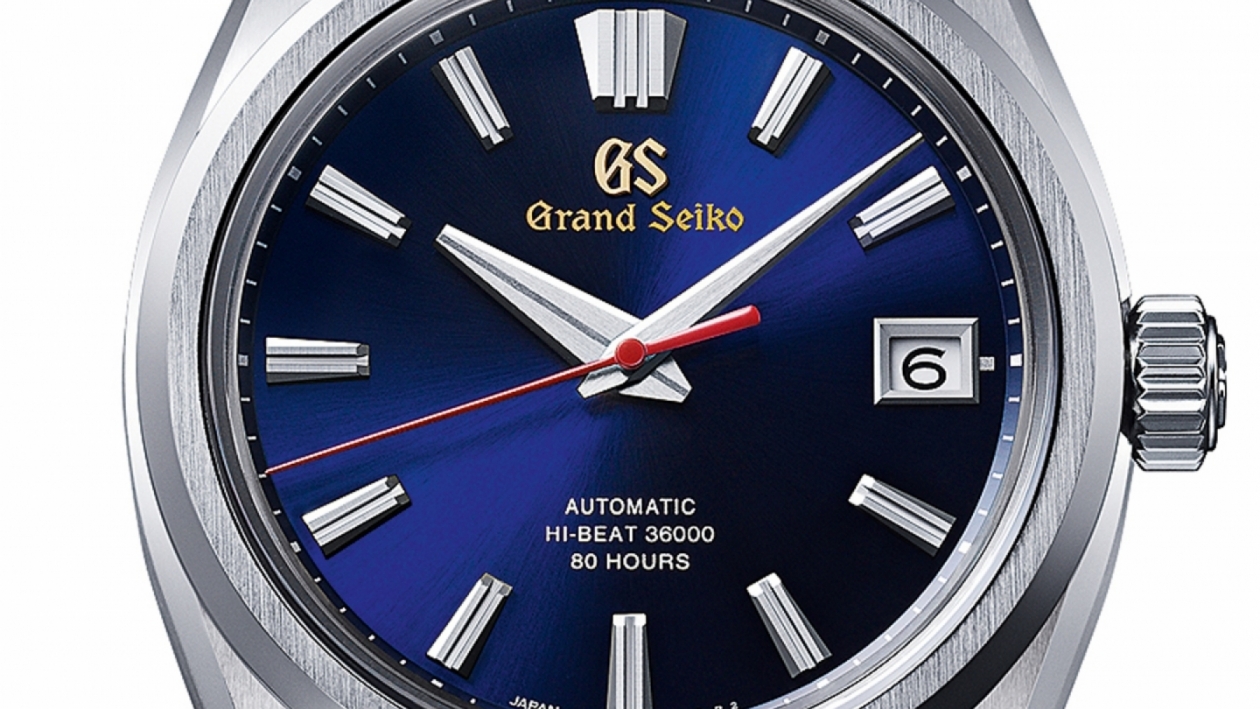 We tested the Caliber 9SA5 60th Anniversary Limited Edition. Read on to know how it scores.

Are you familiar with Tetsuwan Atomu? This young robot, also known as Astro Boy, originated as a manga of the same name in 1952 (and later aired as an animated television series). He was created by scientists and given superpowers to defend the world from evil robots and extraterrestrials. He is one of Japan’s most famous superheroes. Caliber 9SA5 is also a tiny machine with special capabilities, developed by Japanese designers. Of course, these are not superpowers per se, but the designers at Grand Seiko wanted to produce the best possible movement and started from scratch to create a new and innovative escapement. 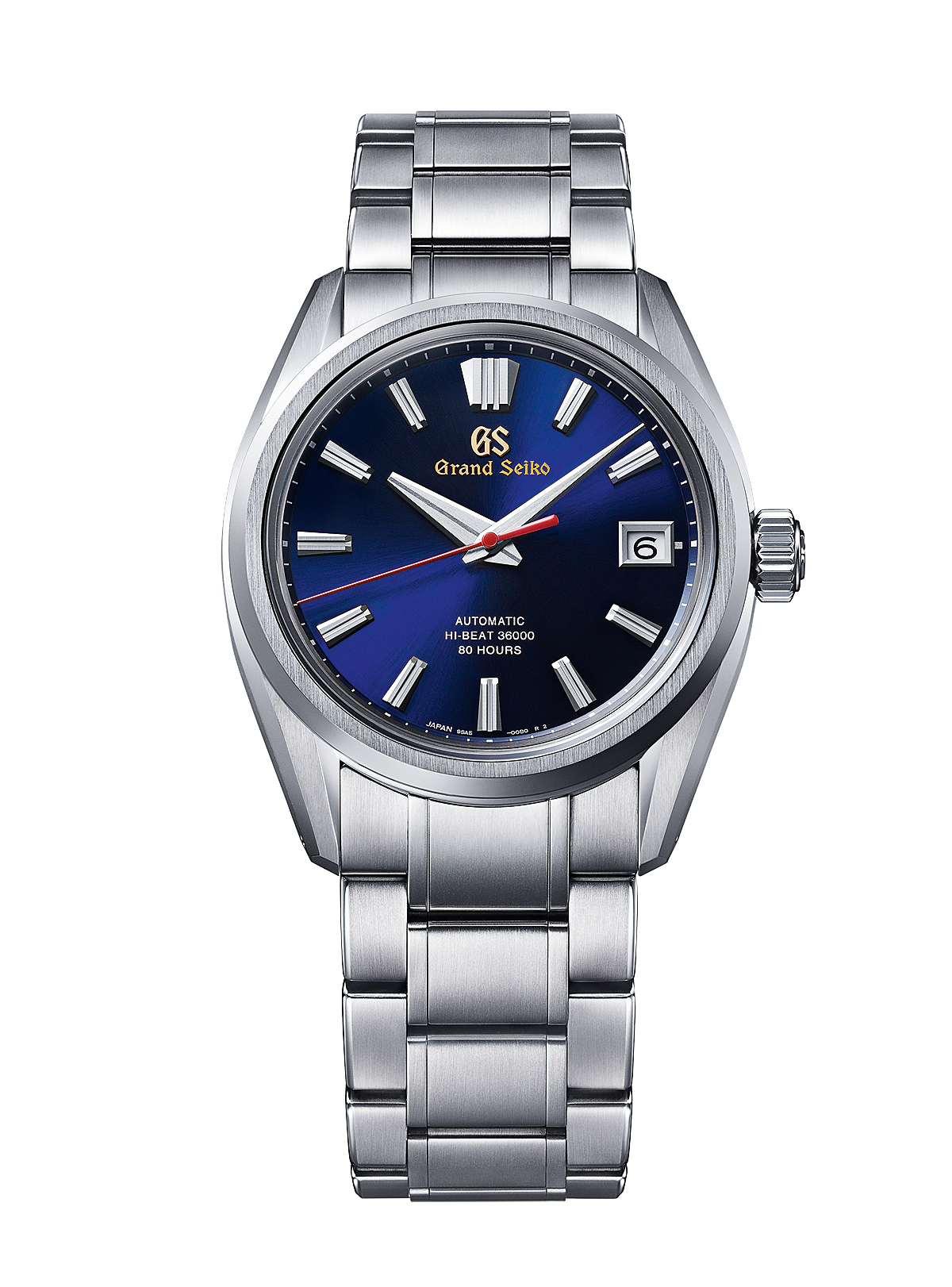 We almost felt a bit like super-villains as we took apart the movement in our test watch, the Grand Seiko High-Beat Caliber 9SA5, to have a closer look. Grand Seiko first introduced Caliber 9SA5 in 2020 in the gold SLGH002, which is limited to 100 pieces. The price of $43,000 on a leather strap was considerably higher than comparable models from Patek Philippe or A. Lange & Söhne, which illustrates the ambition and confidence of Grand Seiko. Our test watch in stainless steel, limited to 1,000 pieces, is priced at $9,700, about 70 percent more than a comparable Omega and about 25 percent more than a Rolex Datejust. So even the price of our test watch is “super.”

We locked this superhero in our super-villain laboratory and subjected it to every imaginable torture. Steel “armour” protects it to a depth of 100 meters, and the crown is screwed down to prevent pressure peaks while diving. Antiglare coating is provided on the inside of the sapphire crystal. And a special tool is required to open the fully threaded caseback with its large sapphire crystal window adorned with the Grand Seiko logo.

Durability, Accuracy and Aesthetics
Opening the armour exposed the beating heart — that is, the watch’s innovative motor. Even at first glance it reveals the goal of its designers: durability, accuracy and aesthetics. Its durability is clear from the balance bridge, which in contrast to all previous Grand Seiko calibers is fastened on two sides, rather than a balance cock on one side. The goal of achieving greater accuracy is shown by the free-sprung fine regulating system with balance screws, also new to Grand Seiko. And the beauty of the movement is reflected in the skeletonised oscillating weight with turned sunburst finish, côtes de Genève and beveled and polished edges on various components. Grand Seiko is not following the current trend of hiding the entire gear train beneath a large cover but uses several bridges, which are generously spaced to allow for a better view. At the same time, this requires finishing more edges, which means greater effort and production cost.

What you don’t see, however, is that the designers took special care to ensure the watch was easy to service. Many screws have a uniform size, the end shake of the balance can be adjusted with two screws, and everything is easily accessible — at least if you have the right tool — because even the ball-bearing rotor needs a specific three-pronged Grand Seiko screwdriver for disassembly. But look at the beauty: even the hidden surfaces of the components are given decorative finishes. If, for example, you remove the hands and dial, you’ll see a line finish and a pattern of Grand Seiko initials on the mainplate.

In order to achieve the greatest possible accuracy, Grand Seiko chose a high-beat movement that operates at 36,000 vibrations per hour — a design that the brand has been pursuing since 1968 with its extremely precise “Hi-Beat” calibers. At the same time, specifications for the new movement list a power reserve of 80 hours — so you can take off the watch for three days without risk of it stopping. The high frequency and long power reserve both require more energy, and the new movement is also 15 percent flatter than previous Grand Seiko high-beat models — so to prevent an overly large barrel, Grand Seiko engineers gave the new caliber superpowers, or in other words, tinkered with it and developed new technologies.

Dual-impulse Escapement
Grand Seiko solves this dilemma with two barrels arranged in sequence, a horizontal gear layout and, above all, its innovative dual-impulse escapement. It is manufactured using the MEMS process (Micro Electro Mechanical Systems) taken from microchip manufacturing, which permits — even with earlier Grand Seiko escapements —a skeletonised and therefore lighter weight structure, which can save energy. With this manufacturing process, a shape is etched and then metal is deposited into the mold. The process also allows another specialty of the brand — tiny perforations in the teeth of the escape wheel, which serve as reservoirs to improve lubricant retention at these trouble spots, essential for a high-beat mechanism. The structure of the escapement is completely new and differs from the conventional lever escapement, whereby the pallet fork locks the escape wheel at each oscillation, and every oscillation transfers an indirect impulse to the balance wheel through the pallet fork so that it continues to move. In contrast, the dual-impulse escapement gives the balance energy at one oscillation indirectly, similar to the lever escapement (or through the pallet fork), and then an impulse directly delivered to the balance roller via the escape wheel as it moves in the other direction. According to Grand Seiko, this improves accuracy, while simultaneously increasing efficiency by 20 percent and thereby reducing energy requirements.

As mentioned previously, Grand Seiko has increased the accuracy even further with a free-sprung balance thanks to a fine regulator with four weighted screws on the balance wheel. The screws have square heads that require a special tool and are seated in slots to prevent them from coming loose. They are located in four recessed sections of the balance wheel to avoid air turbulence, which is a relevant factor in a high-beat movement.

Like the mainspring, the hairspring is made of a special alloy developed by the Japanese. And unlike the flat springs used previously, Grand Seiko developed a special overcoil. Their engineers tested 80,000 different geometries in dynamic computer simulations to identify the ideal shape. The positive effect of an overcoil on rate was discovered by Abraham-Louis Breguet. The hairspring breathes with the oscillating motion of the balance wheel, which causes the centre of gravity to shift away from the centre of rotation. This gives the balance system a dynamic imbalance and affects the isochronism, i.e., the rate accuracy in relation to the amplitude of the balance. The overcoil helps prevent this.

Grand Seiko has developed its own standard for rate accuracy. The movement is tested for 17 days, which is two days longer than by COSC, the Swiss testing agency. In addition, all six positions are tested instead of only five, and at different temperatures. Acceptable values are also stricter than those specified by COSC. The average daily rate for Grand Seiko must be between -3 and +5 seconds, narrower than the COSC range of -4 to +6. Omega (0 to +5) and Rolex (-2 to +2) have even more restrictive internal standards.

Timing Machine at its Limit
Unquestionably more important is how a watch runs in real-life conditions and whether the numerous structural features affect its accuracy. In this case, Grand Seiko’s new 9SA5 was literally ahead of its time (in a good way). Since the escapement has a new geometry with a different ticking sound, the amplitude of the balance could not be determined using our own device, which was still running with an outdated software version at the time of this test (similar to Omega’s co-axial movement, manufacturers’ timing machines will have to update their software to include a separate testing program). Although we were able to determine the most important values ourselves (deviations in all six positions), Grand Seiko was kind enough to also provide a demonstration for us. And the 9SA5 appears to be everything it is meant to be: we recorded a deviation between 0 and +5, with an average of +3.5 seconds per day. It was just as good on the wrist, with a consistent gain of 4.5 seconds per day, regardless of how much or little the watch was worn. In addition to the small difference in positions, this shows the advantage of a high-beat movement, which is less affected by external influences.

The 9SA5 has every technical feature of a modern movement — the second hand stops when you pull the crown, for precision in setting the time, and the date, which advances immediately and automatically at midnight, can be changed by simply pulling the crown to the right position. It’s especially satisfying that the screw-down crown is large and easy to grasp and is just as easy to operate as the buttons used to open the safety folding clasp.

Gold for the Anniversary
The metal bracelet is designed in such as way that it does not pull any hair and, together with the smooth caseback, provides exceptional wearing comfort. Like the case, the bracelet is beautifully finished and has beveled and polished edges that contrast nicely with the polished surfaces. The clasp is decorated with a gold plaque with the Grand Seiko initials as an indication of its status as an anniversary model. The same gold initials appear on the dial. The blue colour also signifies that this is an anniversary model.

The wide silver-coloured hands and markers provide stark contrast, but the lack of luminous material makes the watch hard to read at night. The red seconds hand provides another colourful accent so that the watch is adorned with superhero colours — gold, blue and red. Is it too much? It’s a matter of taste. Otherwise, our test watch, like most Grand Seiko models, follows the successful style of the 44GS from 1967. All in all, it’s a good-looking watch.
One problem for this relatively young brand is that the model policy is not immediately apparent and is not readily recognised by many watch fans. They can’t be sure whether they are looking at a Grand Seiko quartz watch for INR 1.63 lakh (approx.) (SBGX259), a Spring Drive model for INR 2.82 lakh (approx.) (SBGA283) or — as in this case — a superhero in the mechanical watch collection for INR 7.22 lakh (approx.).

Price Comparison
Which brings us to pricing and comparability. Again, this is where the new caliber with its innovative escapement can be most easily compared with an Omega co-axial movement. In the Seamaster Aqua Terra, it is considerably less expensive (INR 4.24 lakh (approx.) with a steel bracelet) and Omega also provides integrated protection from magnetic fields. On the other hand, our test watch wins out with its 36,000 vph. There are few high-beat movements without a chronograph. In terms of quality, it is also comparable with the less expensive Oystersteel Rolex Datejust 41 (INR 5.69 lakh (approx.) and despite recent upgrades to the Rolex caliber, pulls ahead technically with its escapement. Also, the anniversary models will not be the only Grand Seiko watches with this new movement — an unlimited edition with the 9SA5 will be launched in Spring 2021. If you’re unable to find an anniversary model, or if exclusivity isn’t your thing, you can look forward to a more economical version.

Grand Seiko’s new superhero gives its rivals something to think about with its new technological abilities. The nine years of development and 13 patents are paying off. Is this new watch more powerful than the best-known heroes, Omega and Rolex? At the very least Grand Seiko is playing at their level, even if this Japanese superhero, like Astro Boy, is still new to the scene.

Original photos by Marcus Krüger. This article originally appeared in the May-June 2021 issue of WatchTime US.