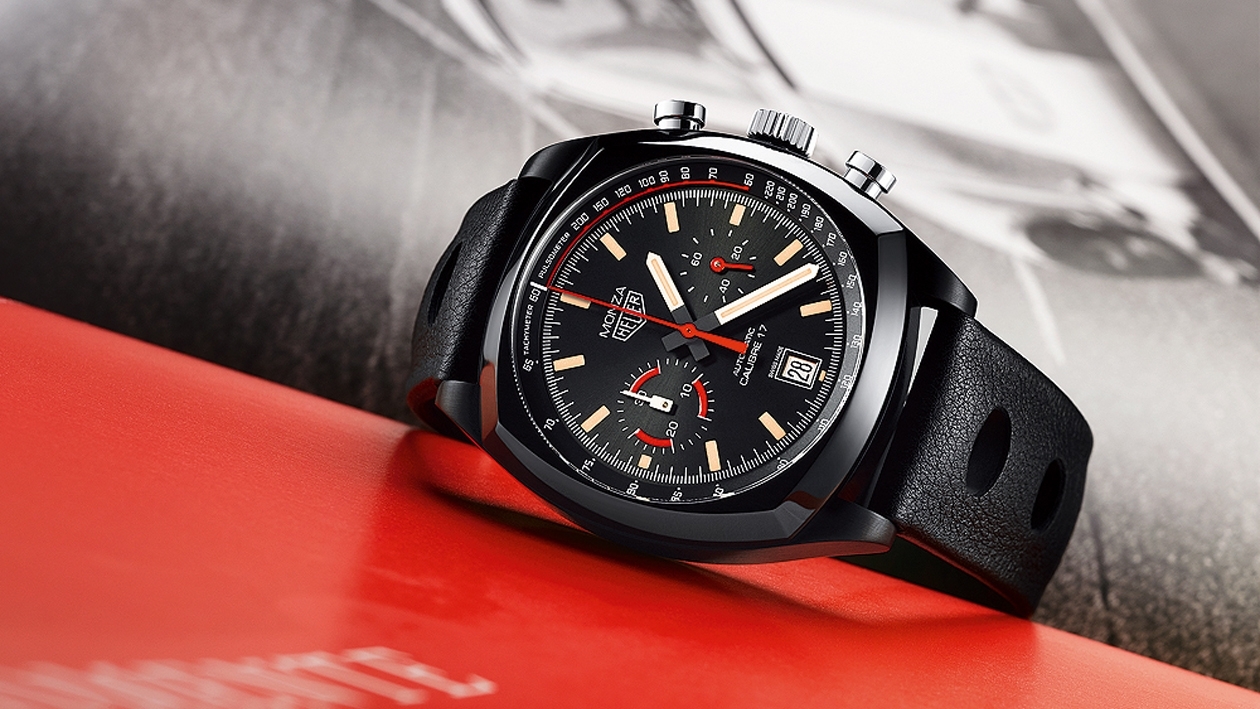 In 1976, TAG Heuer introduced its Monza model, named for the world-famous Italian Formula 1 racetrack. Forty years later, the Monza Calibre 17 recalls the glory days of racing while offering a great deal more than retro design. Read on for an in-depth review from the WatchTime archives, with original photos by OK-Photography.

Good news for fans of the retro look – the Monza is back. Good news for racing fans, too, with a design that’s just as dynamic and full of automotive references as the original version from 1976. It’s also remarkable, since TAG Heuer has experimented over the last 15 years with a more elegant version with no black coating and colourless dial elements. 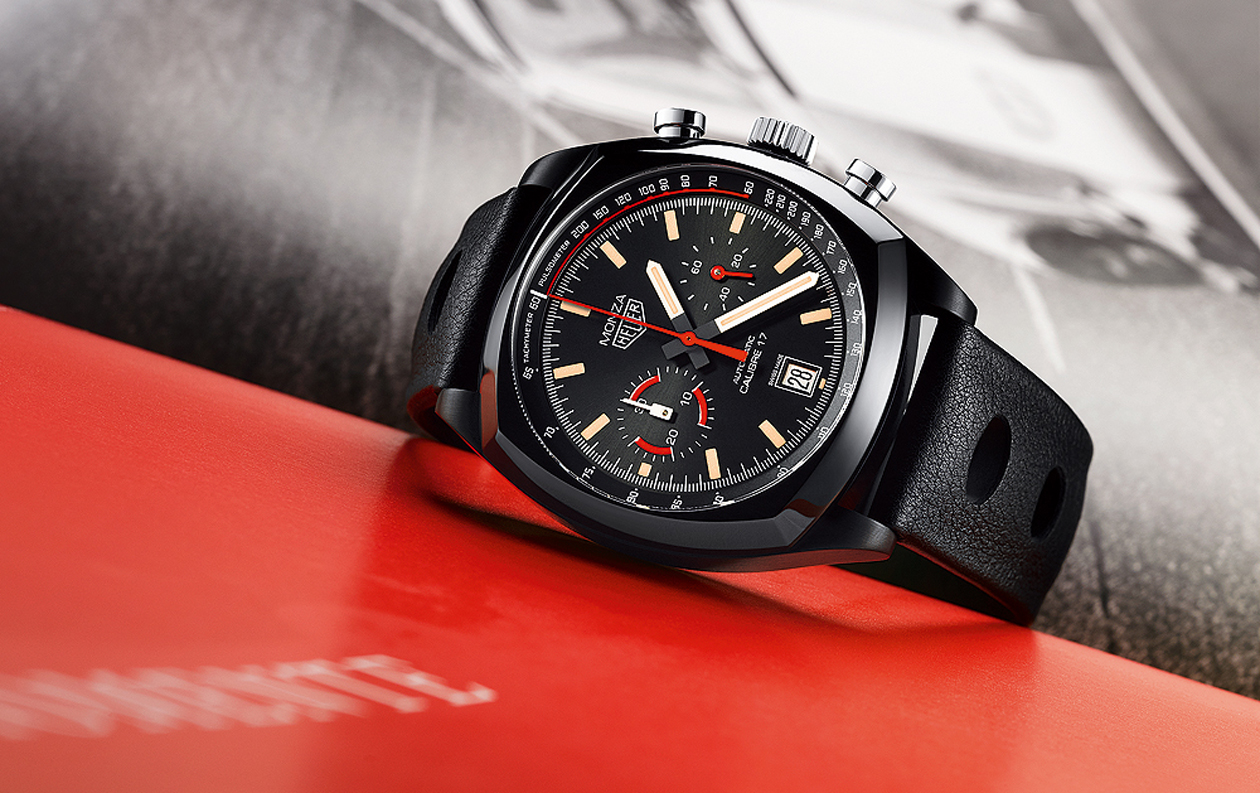 A glance at the new Monza Calibre 17 might call to mind the familiar roar of Formula 1 engines. After all, the watch was first introduced to celebrate Ferrari’s World Championship title in 1975. On Sept. 7 of that year, Niki Lauda won third place in the Italian Grand Prix at the Monza racetrack and secured the title in a Ferrari sporting the Heuer logo. Scuderia Ferrari also won the Constructors’ Prize – a long-sought double victory after an 11-year dry stretch.

The new Monza combines the best features of two historical models – its dial design can be traced back to the original Monza from the year 1976 and its case to a Heuer chronograph from 1933. The cushion-shaped case is a style holdover from the earliest days of the watch. The Monza from the 1970s had an oval case shape that was typical for that time and was available in chrome-plated or black-coated brass. That watch contained

"The new Monza combines the best features of two historical models – its dial design can be traced back to the original Monza from the year 1976 and its case to a Heuer chronograph from 1933."

Calibre 15, which necessarily placed the crown on the left-hand side. Calibre 15 was the successor model of the Calibre 11 developed in 1969 by Heuer-Leonidas in collaboration with Breitling, Hamilton-Büren and Dubois Dépraz – one of the world’s first automatic chronographs.

Calibre 15 had a small seconds subdial set at 10 o’clock that gave the original Monza a strikingly asymmetrical look. TAG Heuer omitted this daring design element for its newest version, due in part to its use of the ETA 2894, known at TAG Heuer as Calibre 17. This standard movement reverses the position of the small seconds and minutes counter and relocates the crown to the right side of the case.

All in all, these changes benefit the new Monza, giving it a sporty and relaxed look that is not quite so idiosyncratic as the original. Whatever it may lose in coolness, it gains with the polished and matte finishes of the cushion-shaped case. Titanium contributes to its excellent wearing comfort and the titanium carbide coating makes it highly resistant to scratches.

Just as before, the Monza has a sealed caseback – even though the technology beneath is in no way so unattractive that it must be hidden. TAG Heuer uses the basic movement quality “Elaboré” and adds various decorative finishes and an individualised rotor. Black enhanced engraving instead of gold on the oscillator fits the overall sporty design of the watch. 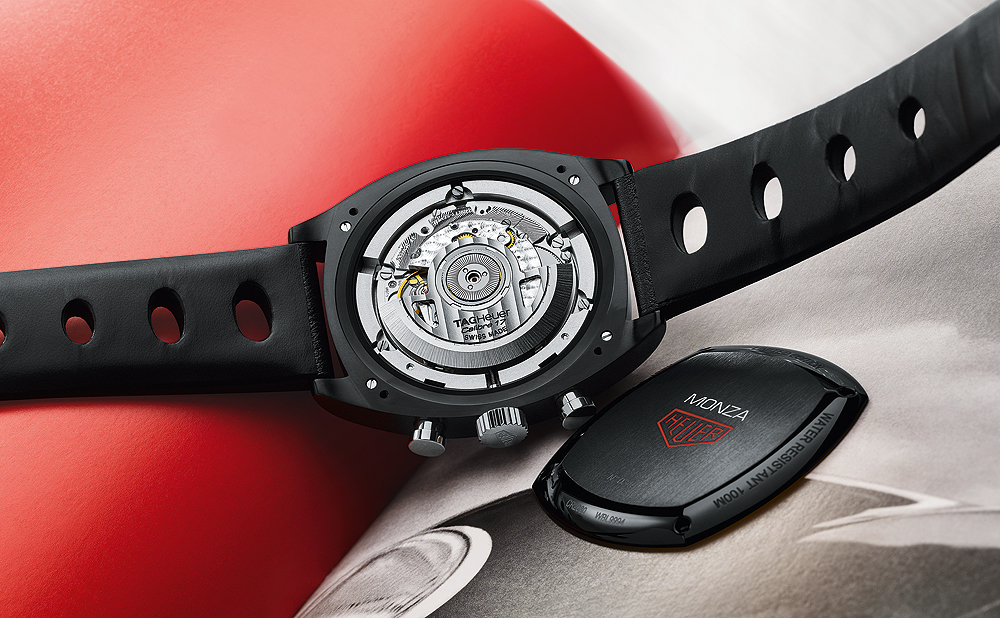 The ETA 2894 is a modular chronograph based on the three-hand caliber ETA 2892, so the crown sits lower on the case than the chronograph pushers. Although the pushers are generously sized, their pressure point is not perfect. The start-stop pusher on our test watch had a notably delayed reaction when timing events. The stop and reset worked better but the pusher function was stiff. This is due at least in part to the cam control of the chronograph that replaces the historical, higher-quality column-wheel control in more economical chronograph movements.

The rate results of the test watch are generally acceptable. However, the timing machine recorded an outlier in the “dial down” position, which negatively affected the average outcome on our stringent rate test. On the positive side was the low daily gain of 2.5 seconds per day without the chronograph on and 4.5 seconds per day while running. The wearing test on the wrist showed deviations ranging between 0 and +6 seconds per day.

The perforated calfskin strap is also perfectly in line with the automotive appeal of the Monza design, as are the sporty case and dashboard-like displays. The strap ends in a functional, well-executed folding clasp with push-buttons that are also made of PVD-coated titanium. Its clamp-type clasp mechanism allows for precise adjustment. It compresses the strap at the point of closure, though not to the extent seen on similar clasps.

All in all, the TAG Heuer Monza Calibre 17 is more stylish than the original model from the 1970s (combination cushion-shaped case), of higher quality (titanium with PVD coating) and therefore, more attractive (perfectly in line with current retro trends). What was good in 1976 – it’s even better today. 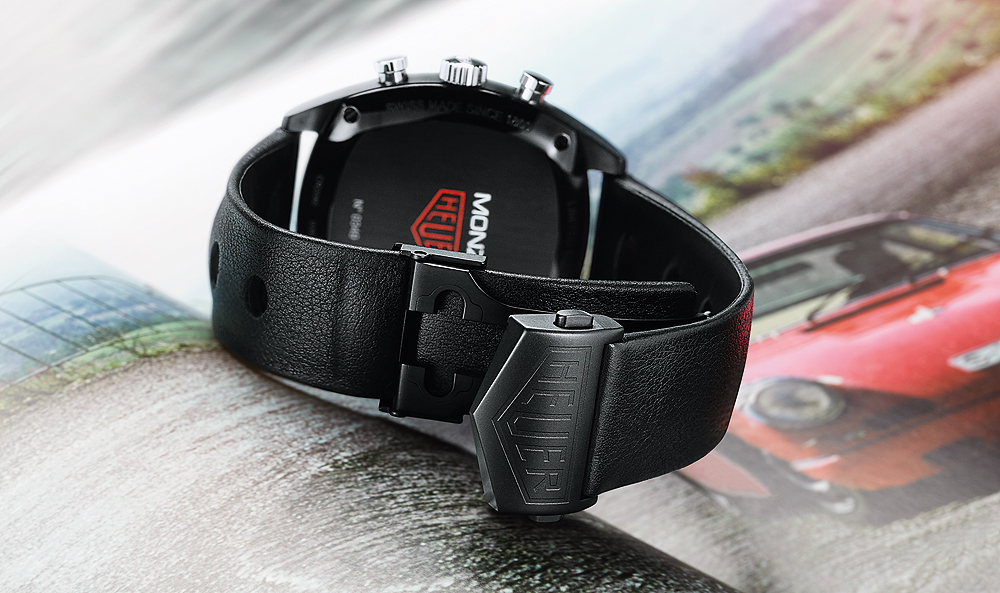