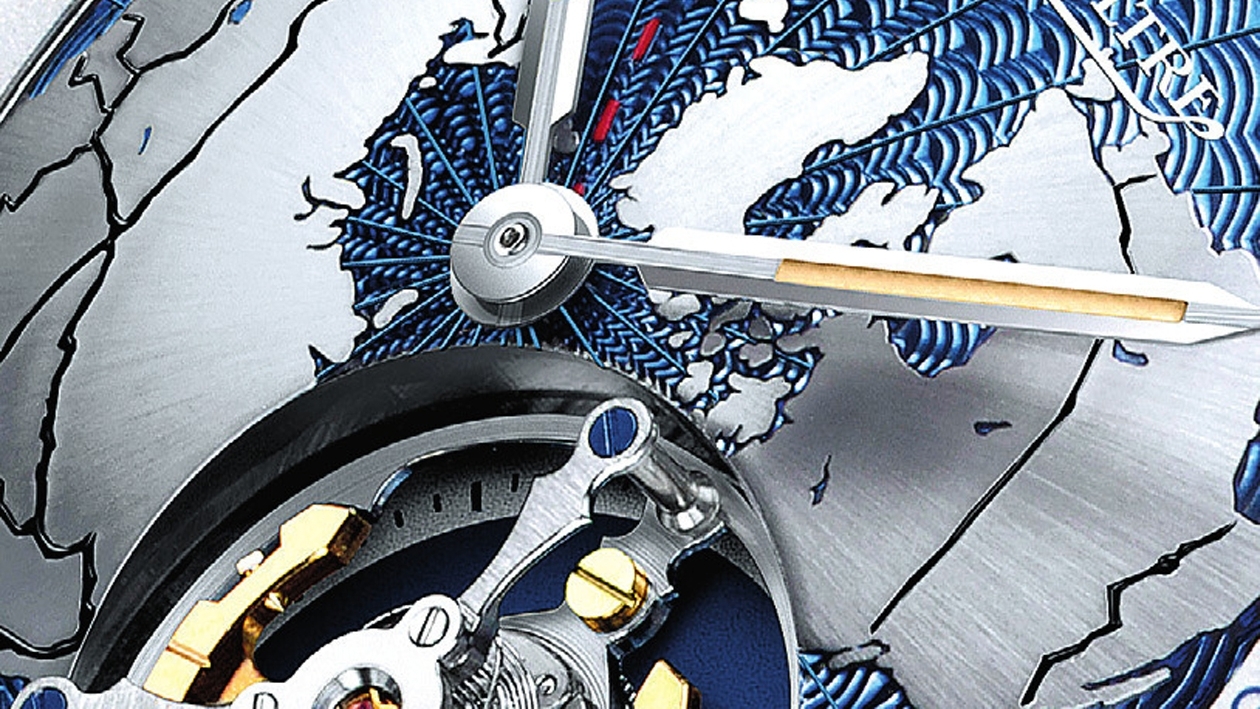 Our latest handy, dandy guide to the major watch group.

It’s been three years since WatchTime has updated its list of brands owned by the world’s major watch groups. In that period, the Citizen Group has added new brands to its portfolio. So has the Movado Group and the Fossil Group.

The Swatch Group, headquartered in Bienne, Switzerland, is the world’s largest watch company. Publicly traded, it reported total sales in 2016 of

"Swatch Group is by far the top supplier of watch movements and parts to the Swiss watch industry. Its giant movement production company, ETA, is the dominant supplier of mechanical movements."

7.55 billion Swiss francs ($7.78 billion), the vast majority from finished watches and watch components. (The company also makes jewellery and electronic systems.) The company’s 18 watch brands span the price spectrum from Flik Flak and Swatch at the bottom to Breguet at the top. Its power brand is Omega, the world’s second largest watch brand after Rolex.

In addition to its watch brands, the Swatch Group is a vertically integrated manufacturer with numerous subsidiary production companies manufacturing virtually every component required to produce a watch. The components are sold to brands inside and outside the group. The Swatch Group is by far the top supplier of watch movements and parts to the Swiss watch industry. Its giant movement production company, ETA, is the dominant supplier of mechanical movements. Its Nivarox/FAR subsidiary supplies most of the balance springs used in Swiss mechanical watches. The Swatch Group 2016 annual report lists a total of 168 subsidiary companies engaged in various watch industry activities (production, wholesale, retail, etc.). The group employed 35,705 people as of December 31, 2016.

Richemont is the world’s second largest luxury products group, after LVMH, with total sales of 10.65 billion euros ($12.67 billion) for the fiscal year ended March 31, 2017. It owns 19 brands, 11 of which produce watches. (The company also owns a 50-percent share of the Ralph Lauren Watches company.) Watches are Richemont’s biggest source of revenue, accounting for 41 percent, or $5.16 billion, of company sales; jewellery is a close second at 39 percent, or $4.95 billion. Publicly traded, Richemont is headquartered in Geneva.

Richemont segments its business by brands. The first nine brands on the list comprise the Specialised Watchmakers division, which accounts for about 27 percent of Richemont sales ($3.43 billion). Cartier, Van Cleef & Arpels and Giampiero Bodino comprise the Jewelry Maisons division, accounting for 56 percent of sales ($7.05 billion). (The vast majority of this is from the group’s power-house brand, Cartier. Sales of Cartier and Van Cleef watches are included in the Jewelry Maisons figure.) Montblanc is part of the Other Businesses division, as are the group’s watch component manufacturing operations, including Manufacture Horlogère Valfleurier, its movement manufacturing company. Sales from the Other Businesses segment, which also includes various clothing and accessories brands, were $2.19 billion, or 17 percent of Richemont’s total sales. Richemont’s sales come overwhelmingly from the luxury segment. Most of its watch brands are manufactures, i.e., they make at least some of their own movements. Richemont employs about 28,000 people.

Movado Group Inc., based in Paramus, NJ, is a power in the middle and affordable luxury segments of the watch market. Its hero brand, Movado, has the top share of the $300 to $3,000 market segment in the United States, according to NPD market research group. It also markets eight fashion brands under licensing agreements. A public company, the Movado Group reported sales of $552.8 million for the fiscal year ended Jan. 31, 2017. It has 1,100 employees as of that date.

Kering, formerly called PPR, is a Paris-based, publicly traded holding company specializing primarily in luxury fashion brands and retail shops. Total revenues for 2016 amounted to €12.4 billion ($14.8 billion). Its list of luxury brands includes Gucci, Bottega Veneta, Alexander McQueen, Balenciaga, Brioni, and Stella McCartney. In 2016, its flagship brand, Gucci, had sales of €4.38 billion ($5.21 billion); 4 percent of those sales, or $208.2 million, came from watches. The group’s watch-only brands are Ulysse Nardin, acquired in 2014, and the two brands under the Sowind umbrella, Girard-Perregaux and JeanRichard, in which Kering bought a controlling interest in 2011. Both Sowind and Ulysse Nardin have mechanical-movement production facilities in Switzerland.

The Citizen Group is a vertically integrated manufacturer of watches and watch movements. Its top brand, Citizen, is a power in the mid-priced segment of the global watch market. Over the past 10 years, the group expanded dramatically through acquisitions. Citizen acquired U.S.-based Bulova Corp. in 2008. In 2012, Citizen established a foothold in the Swiss watch industry with the acquisition of the mechanical movement manufacturer La Joux-Perret and its Arnold & Son brand. In July of last year, it expanded its Swiss portfolio with the acquisition of Frédérique Constant Holding S.A. For 13.35 billion yen ($119.2 million) and its Frédérique Constant, Alpina and Ateliers deMonaco brands. Watches account for 52 percent of the total revenues of Citizen Watch Co. Ltd., a public company headquartered in Tokyo. Group revenues for the fiscal year ended in March 2017 totalled ¥312.6 billion ($2.79 billion). Watch revenue amounted to ¥163.6 billion ($1.46 billion). Citizen is also a major supplier of quartz watch movements to third parties through its Miyota division. Citizen had 16,170 employees as of March 31, 2017.

Japan’s Seiko Group is a vertically integrated manufacturer of mechanical and quartz watches and movements, with products in virtually every price segment. Seiko produces virtually every component required for a watch, including balance springs for mechanical watches. The Seiko Group consists of two independent conglomerates, Seiko Holdings Corp. and Seiko Epson Corp., which produce a variety of consumer and industrial products. Both companies are publicly held and report their results separately. Both firms produce watches, watch movements and components. Seiko Holdings is best known for watches; Seiko Epson for printers.

"LVMH is the world’s largest luxury goods group. Paris-based and publicly held, it owns 70 brands in various product categories including liquor, fashion and leather goods, cosmetics, and jewelry and watches. "

LVMH is the world’s largest luxury goods group. Paris-based and publicly held, it owns 70 brands in various product categories including liquor, fashion and leather goods, cosmetics, and jewelry and watches. Total sales amounted to €37.6 billion ($44.74 billion) in 2016. Watches and jewelry accounted for 9 percent, or $4.13 billion, of sales. The group does not disclose sales by brand or separate watch sales from jewelry sales. The company’s push into the watch category began in 1999 with the acquisition of TAG Heuer, its largest watch brand and one of Switzerland’s top five watch brands, and Zenith. It took over Hublot in 2008, and in 2011 bought a controlling interest in Bulgari. These acquisitions have made LVMH the third largest Swiss luxury watch group, behind Swatch and Richemont.

The Festina Group is a private company owned by Miguel Rodriguez of Barcelona, Spain, with watch holdings in Spain and Switzerland. The group is a mid-range watch powerhouse in Europe on the strength of the Festina brand. Jaguar, Candino, Lotus and Calypso are also mid-priced brands. The group has a presence in the luxury Swiss mechanical market through its Bienne, Switzerland-based subsidiary, the H5 Group, whose chief brand is Perrelet. The group also has a Swiss subsidiary, H1 Holding, with five Swiss companies engaged in watch movement and component production. Deloitte estimates the group had sales of $275 million in 2015.

Fossil Inc., based in Richardson, TX, is a long-time power player in the fashion-watch market with a large lineup of in-house and licensed brands. Fossil has recently moved aggressively into the smartwatch market. In 2015, it purchased Misfit, maker of wearable fitness trackers and smartwatches. Publicly held, Fossil sales amounted to $3.04 billion in 2016.

The Timex Group consists of the legendary king of the mass market watch segment, Timex, as well as numerous fashion brands that Timex produces and markets under license agreements with the brand owners. Timex, headquartered in Middlebury, CT, is a private company and releases no sales or production data. The license deals give Timex a presence in market segments outside its traditional strength in the under-$150 category. Timex employs 5,000 people.

Franck Muller Watchland is a group of luxury Swiss watch brands headquartered in Genthod, outside Geneva. The hero brand is Franck Muller, founded in 1992. Over the years, the owners added additional brands. The Franck Muller brand is the group’s biggest seller by far. Privately owned, the group releases no sales figures. The accounting firm Deloitte estimates that the group had sales of $297 million in 2015.

Citychamp, formerly known as China Haidian, is a publicly held watch manufacturing and distribution company. In 2016, it had sales of HK$2.94 billion ($382.2 million). In addition to its seven watch brands, it has two components-making subsidiaries. One is Guangzhou Five Goat Watch Co., which makes watch movements, ranging from basic mechanicals to tourbillon movements. The other is Gold Vantage Industrial Ltd., which makes cases. Citychamp entered the Swiss-luxury-watch market in 2011 with the acquisition of Eterna. In 2013, it bought Corum. The following year, Citychamp purchased the U.K.-based Dreyfuss Group and its three Swiss brands, the mid-price Rotary and higher-end brands Dreyfuss and Co. and J&T Windmills. The company’s Ebohr and Rossini brands are two of the biggest domestic watch brands in Mainland China.