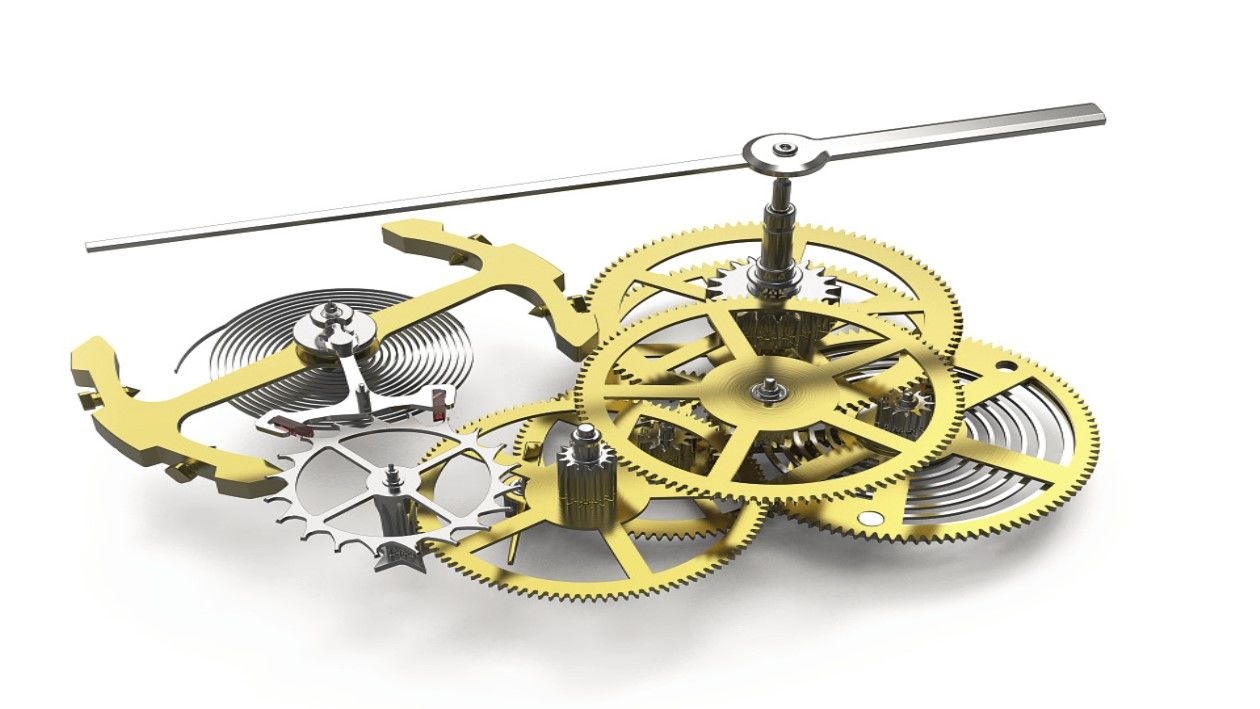 Jaeger-LeCoultre’s Geophysic True Second watch has a seconds hand that jumps forward just once a second. How did this unorthodox automatic stand up under our close scrutiny Find out the detailed test results as written by Thomas Wanka, WatchTime USA. Photos by OK-Photography

The sustained success of the Reverso allows no rest for the creative minds at Jaeger-LeCoultre. The Reverso, with its distinctive, rectangular, pivoting case, has a seemingly permanent place in the hit parade of watches. But rectilinear designs are just a small part of the watch market. JLC wanted a round model that could become as much a success, and a symbol of the brand, as is the Reverso. 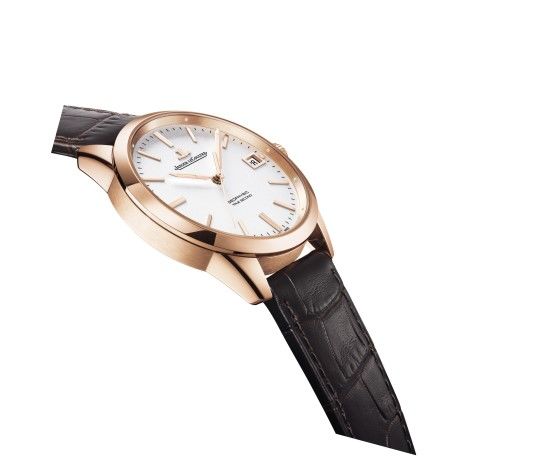 With this in mind, Jaeger-LeCoultre began an experiment in 2014 with the debut of a limited-edition watch that revived the brand’s Geophysic from 1958. JLC made 300 of these tribute watches in rose gold, 800 in steel and 58 in platinum. 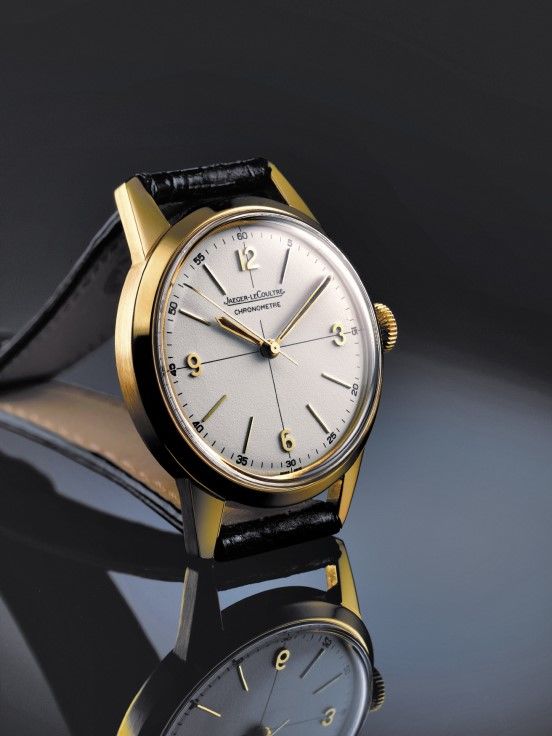 The success of this limited edition encouraged JLC to begin serial production of a new Geophysic family of watches last year. As of mid-January, before the SIHH fair in Geneva, where JLC unveils its  new watches for the year, there were two Geophysic models, each available in rose gold or stainless steel. One is the Geophysic Universal Time, a world timer. To convey a global geophysical perspective, the world map on the watch’s dial is drawn in circumpolar projection from an imagined point above the North Pole. Blue lacquer is used to depict the oceans. The other Geophysic watch is the unostentatious-looking True Second. This is the watch we subjected to a close, hands-on examination. The case is water-resistant to 50 meters and fitted with sapphire crystals on the front and back.

" To convey a global geophysical perspective, the world map on the watch’s dial is drawn in circumpolar projection from an imagined point above the North Pole. Blue lacquer is used to depict the oceans. The other Geophysic watch is the unostentatious-looking True Second. This is the watch we subjected to a close, hands-on examination."

The long, center-mounted seconds hand jumps through 60 increments as if it were powered by the stepping motor of a quartz caliber. The hand’s unconventional jumping lures oohs and aahs from connoisseurs who recognize it as the telltale sign not of a quartz watch, but of a mechanical watch with a true seconds (a.k.a. dead-beat seconds) device, a real rarity.

It’s fascinating to observe the seconds hand leaping precisely from one index to the next. As though the True Second had awakened our inner scientist, we reach for a watchmakers’ loupe and feel our admiration grow as we see how finely made the watch is. The length of the seconds hand is perfect. Even after the hand has come full circle, not the slightest deviation can be detected. The indexes are precisely positioned and the dial is meticulously centered, so there’s never the shadow of a doubt about which index the hand is pointing to.

The watch is powered by the newly  developed, self-winding Caliber JLC 770, which has a power reserve of 40 hours. Winding is unidirectional; the rotor is skeletonized and made of rose gold decorated with an iridescent finish, which when viewed from different angles can exhibit nearly every color of the rainbow. The movement’s finishing is superlative, but never ornate, so as not to conflict with the spare, no-nonsense character of the watch.

The movement is equipped with an in-house Gyrolab balance, whose unusual shape, consisting of two arched segments rather than a full wheel, is meant to improve precision by decreasing air friction. (It’s no coincidence that the shape recalls the Jaeger-LeCoultre logo.) The Gyrolab was first used in the experimental Master Compressor  Extreme Lab watch of 2007. After that watch’s debut, JLC spent eight years refining the balance before it could leave the lab and go into serial production. JLC also uses the Gyrolab in Caliber 772, which powers the Geophysic Universal Time. 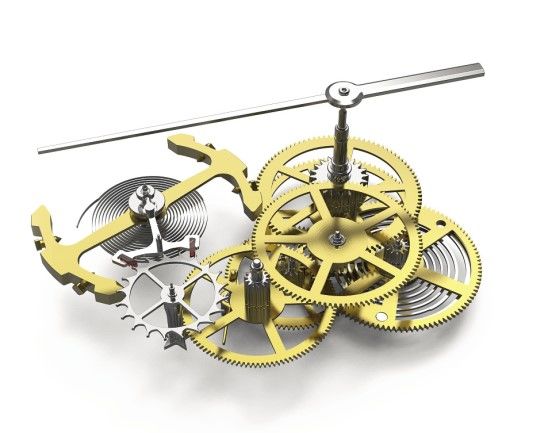 The watch’s true-seconds device is relatively complex. The caliber is paced at 28,800 vph, which translates into four impulses per second. The power from three consecutive impulses is briefly stored by a tiny spring, which releases the force simultaneously with the fourth impulse, thus propelling the seconds hand through a 1-second increment to the next index.

The seconds hand bears a compact counterweight that keeps it in balance during its abrupt jumps around the dial. Observing the hand’s motion is doubly pleasurable: first, because it indicates the seconds with the precision of a scientific instrument, and second, because of the excellent rate values that we calculated in this test. Measurements on our timing machine, both shortly after full winding and 24 hours later, were impressive. After the timing test, we wore the watch for 14 days; its rate on the wrist was similar to its rate on the machine.

The unobtrusive addition of Super-LumiNova to the hour and minutes hands and to the 12 hour markers on the flange circling the dial proves that luminous   material need not detract from a watch’s elegance. The designers eschewed the sword-shaped hands used on the Geophysic 1958 limited edition: we welcome this change, although the limited-edition’s hands matched those of the original Geophysic.

The watch is very comfortable to wear and feels secure on the wrist. It has a brown alligator strap with pin buckle. The strap’s no-frills styling is an excellent match for the watch’s simple design. The stainless-steel version of the Geophysic has a black alligator leather strap secured by a folding clasp.