Known for their long association with James Bond since the Golden Eye in 1995, the secret agent on His Majesty's Secret Service, Omega introduces the Limited Edition Seamaster Diver 300m “Commander's Watch” - inspired by 007's rank and regalia. The timepiece commemorates the colours of the British Royal Navy with the white, blue, and red colour scheme which is followed throughout the watch. Omega is known to have delivered more than 110,000 watches to the Great Britain's MoD during World War II. They issued military divers around the world. So, it is entirely plausible that Commander Bond would also have been issued an Omega timepiece.

The 41mm stainless steel case of the limited edition features a blue ceramic bezel with a Liquidmetal® diving scale and red rubber covering the first 15 minutes. The ceramic white polished dial encases twelve blue indexes, blue skeleton hands with the 007 gun logo in red as the counterweight on the central seconds hand, and the word “Seamaster” written in red. 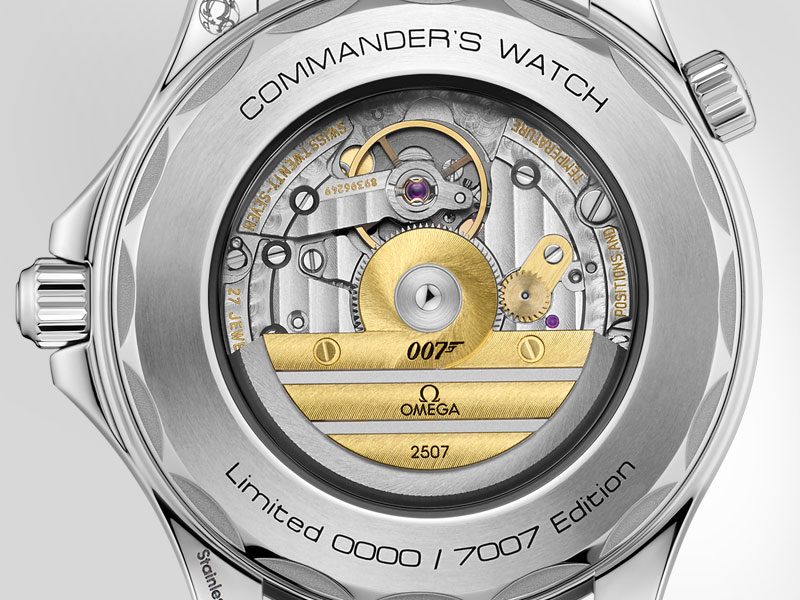 The wave-edged caseback features the stripes of the Commander's naval insignia on the rotor of the new Omega Caliber 2507. There is also a central 9mm "bullet" design which adds to the 007 touch.

Limited to 7,007 pieces, the watch comes with a three-year warranty and is presented in a special medal-case inspired box. The whole kit comprises of a stainless steel bracelet, a changing tool and a "naval pin" that mirrors the design of the NATO strap. 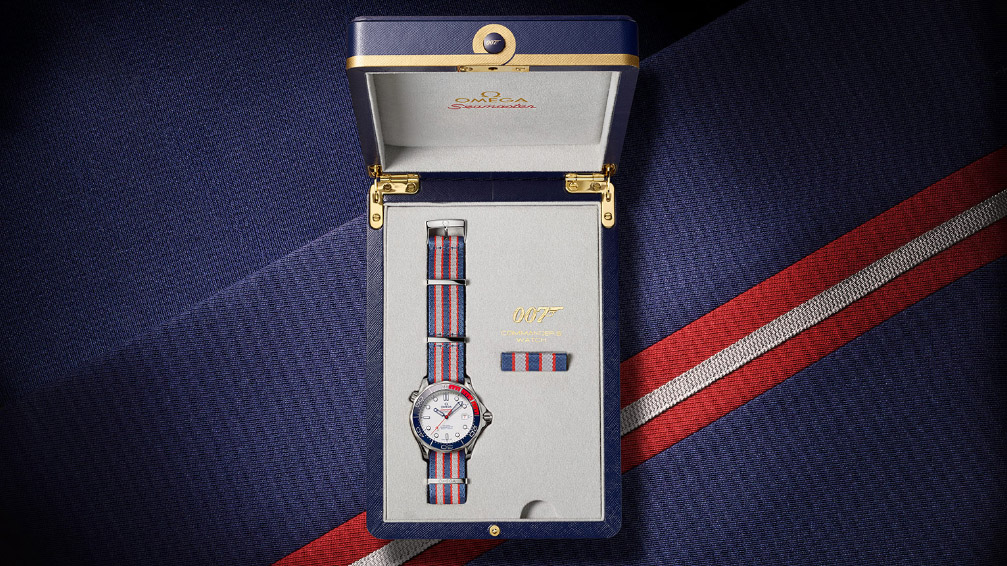 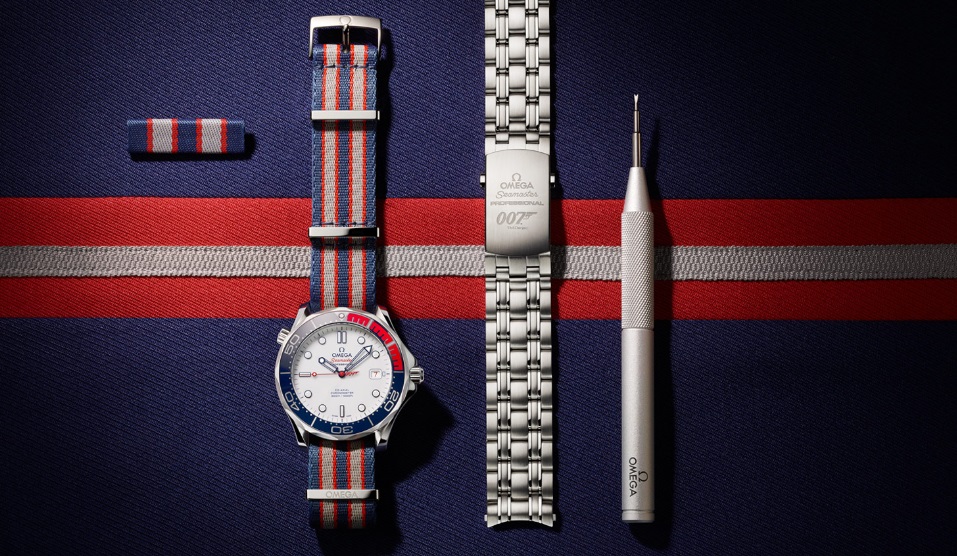 There is also a rare special limited edition second model which has been created. Limited to just 7 pieces, the model is made of 18k yellow-gold. Its diving scale is crafted from Ceragold™ and the watch also includes an 18K yellow gold central seconds hand. 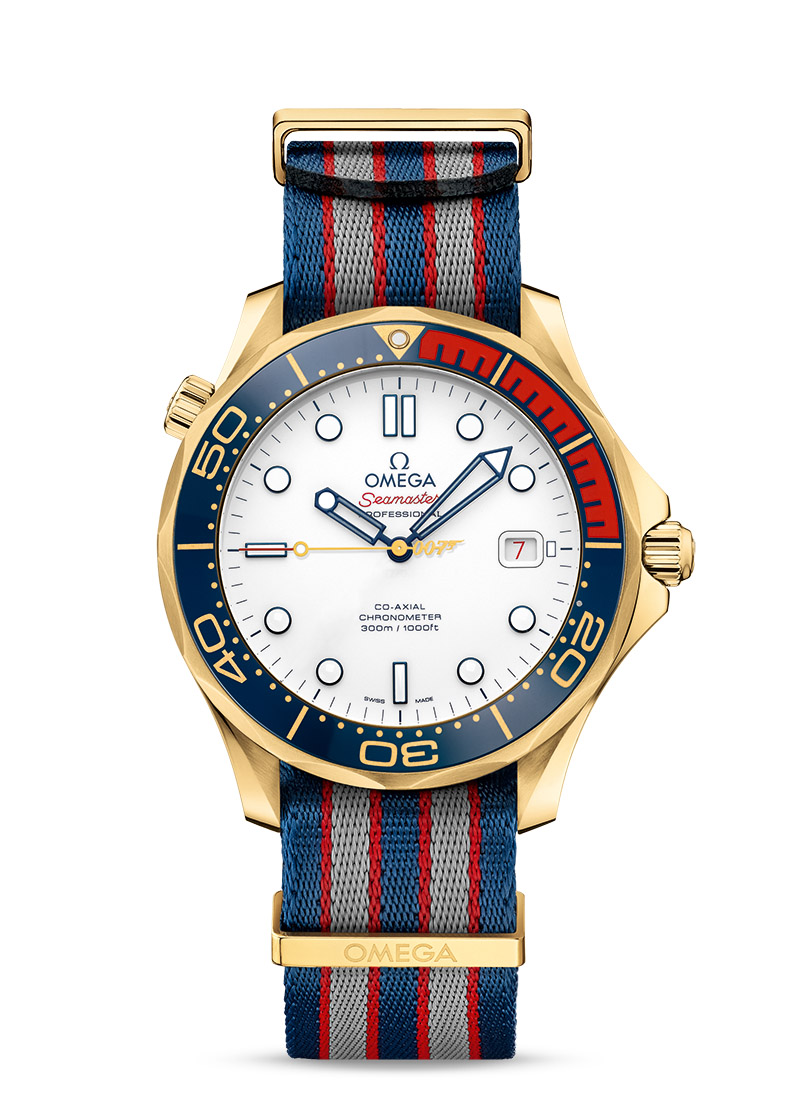