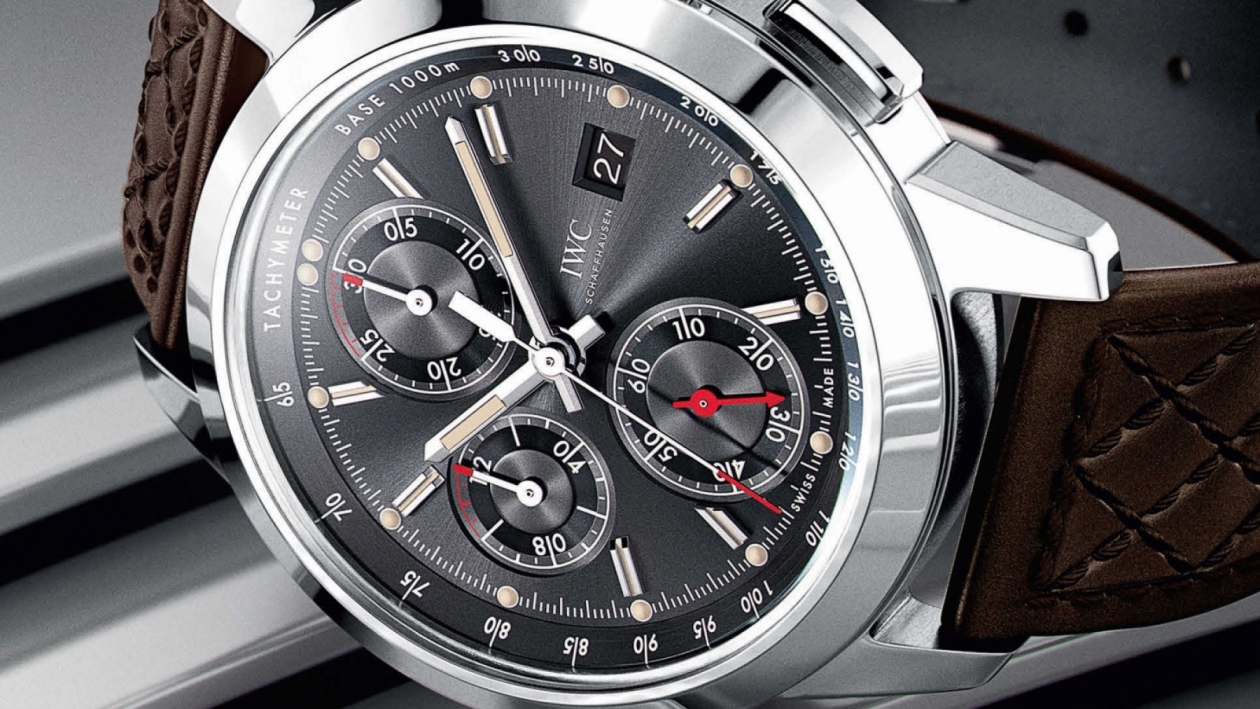 The IWC Ingenieur Chronograph Edition “Rudolf Caracciola” has an elegant retro look and a completely newly developed movement. How did it perform in our test? Test by Jens Koch, WatchTime USA

The IWC Ingenieur premiered in 1955 as a three-handed watch with a clean design and protection against magnetic fields up to 80,000 amperes per meter. The watch was created to assure that technicians and researchers would always be punctual in an increasingly electronic world. In 1976, the renowned watch designer Gérald Genta, whose other brainchildren include Audemars Piguet’s Royal Oak and Patek Philippe’s Nautilus, sketched a totally new Ingenieur. Genta’s “SL” had five little holes in its bezel, an integrated metal bracelet, and a soft-iron inner case to protect it against magnetism. This styling was revived when the Ingenieur line was relaunched in 2005, but some of these models had no protection against magnetic fields. IWC has built and still builds numerous models with diverse additional functions such as a second time zone, chronograph, perpetual calendar and tourbillon.

IWC revived several historical watches in 2008 when it premiered the Vintage collection. Among these was a three-handed watch that paid homage to the first Ingenieur with dauphine hands and applied baton-shaped indexes. This model also had a sapphire window in its caseback through which you could view manufacture Calibre 80111. The downside of this nice view: Magnetic-field protection had to be left out. But the core of the Vintage collection continues to be the large models with five holes in their bezels. 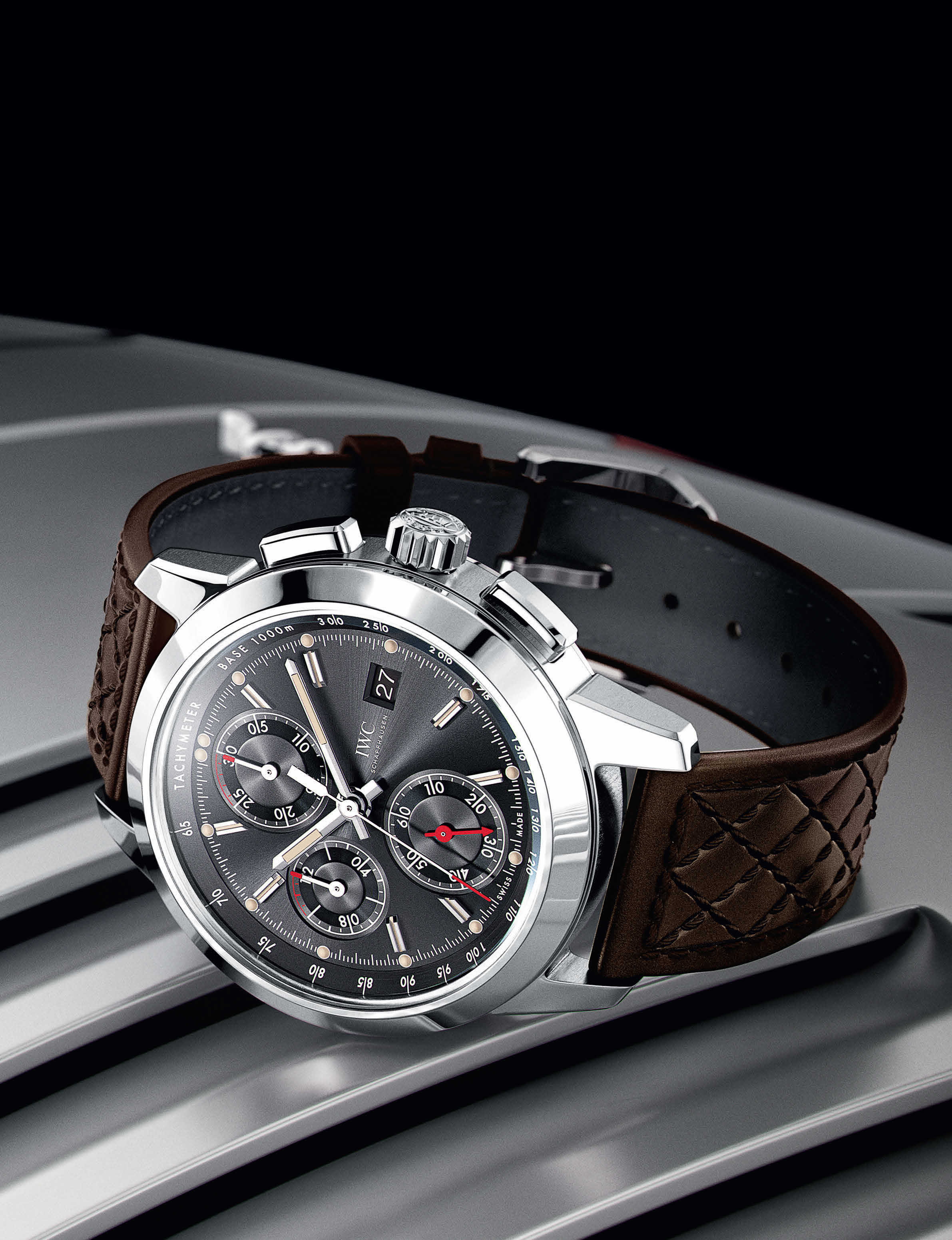 Now the Ingenieur line again welcomes a model with a smooth bezel. Like the SL, this watch is available in steel, titanium and gold. All three

versions are limited editions. A chronograph also fits well here as an additional function that further enhances the Ingenieur’s practicality. Lacking a predecessor from the 1950s, this model posed a more difficult challenge for its designers. At first glance, the new Ingenieur looks timelessly elegant with an angled flange for the tachymeter scale, a broad bezel, and a slate gray sunray pattern dial. The Ingenieur’s engineering look comes into play with indexes drawn between the two- and three-digit numbers and a zero added to the left of the single-digit numbers on the subdials. Even the date has a leading zero. The use of red on some of the scales and on the pointer tips of the chronograph and seconds hands adds a touch of sportiness.

Only the ecru-colored luminous material and the saddle-stitched leather strap, which calls to mind the upholstery on a car seat, convey a retro look. The automotive reference is intentional: Our test watch is named after race car driver Rudolf Caracciola. Born in 1901, he was driving his parents’ Mercedes-Knight even before he got his driver’s license at age 15. And beginning in 1926, he won numerous Grand Prix and sports car races behind the wheel of a Mercedes and was one of his era’s most successful race car drivers. 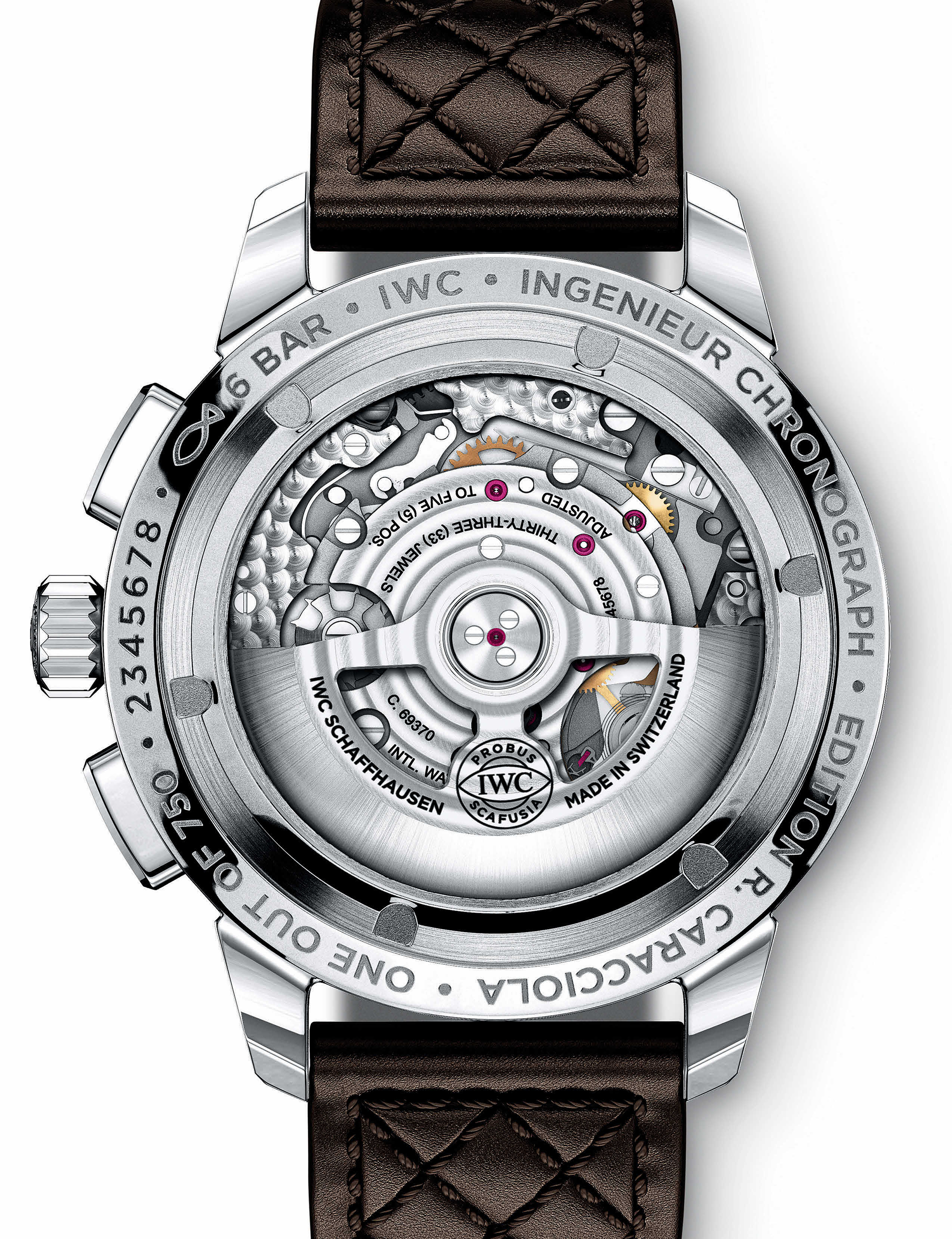 All in all, IWC’s designers have created a handsome watch, but the design isn’t totally in harmony with the retro look. The case is too high and the bezel slopes too steeply downward to be a dyed-in-the-wool retro watch. And this newcomer has a contemporary diameter of 42 mm. The case of the Edition “Rudolf Caracciola” we tested is made of steel.

But what features must one do without in this new manufacture movement compared to the older calibre? The power reserve is shorter (46 hours instead of 68 hours). There’s no flyback function, which would have made it possible to start a new elapsed-time measurement while a previous one continued to run. And the new model also lacks a combined counter for elapsed hours and elapsed minutes, which would enable the user to intuitively read elapsed time as on the face of an ordinary clock. The new movement’s construction is simpler from a technical standpoint because it relies on an index for fine adjustment rather than on weight screws along the rim of the balance. Both the new model and its predecessor have column-wheel control for the chronograph, rocking-pinion coupling and IWC’s characteristic pawl-winding system.

IWC is frequently criticised for its suboptimal price-performance ratio, but our test watch with the new movement achieves a significantly better ratio. Furthermore, only 750 pieces of this Ingenieur Chronograph Edition “Rudolf Caracciola” will be made. 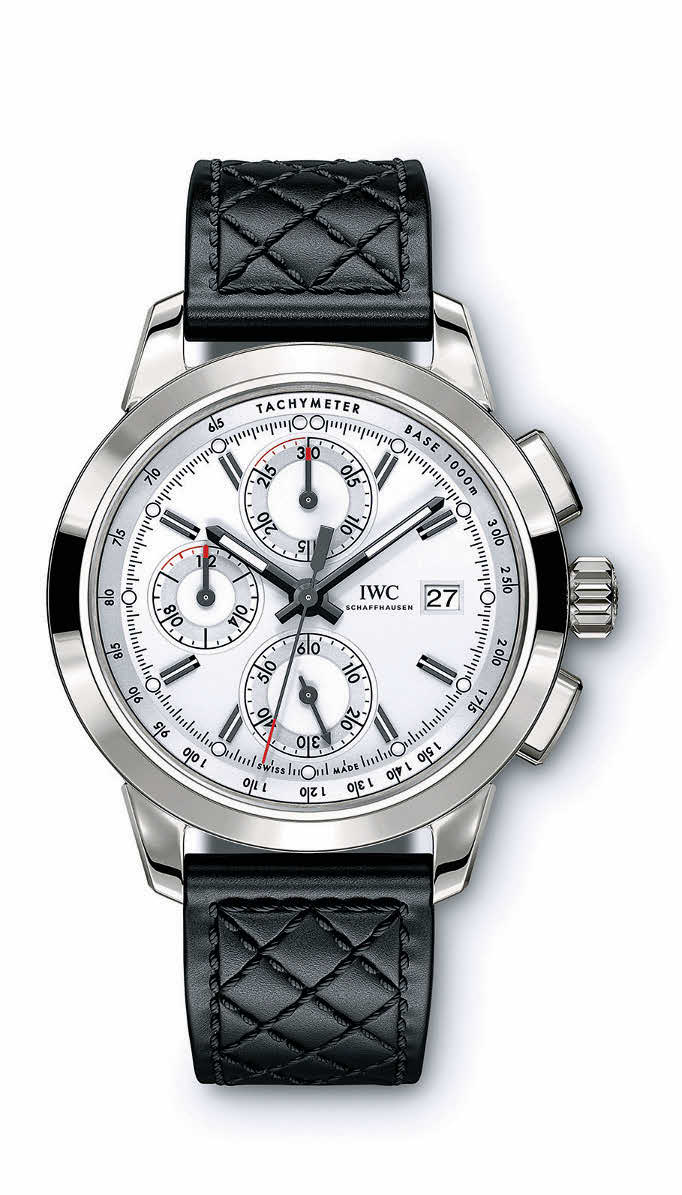 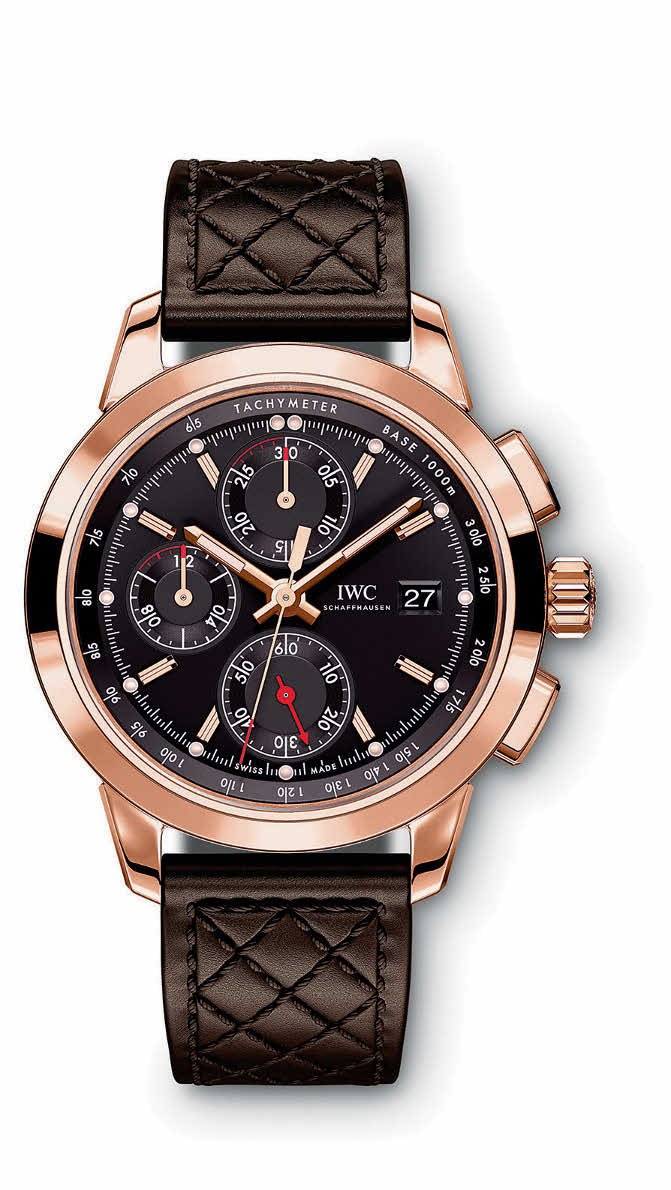