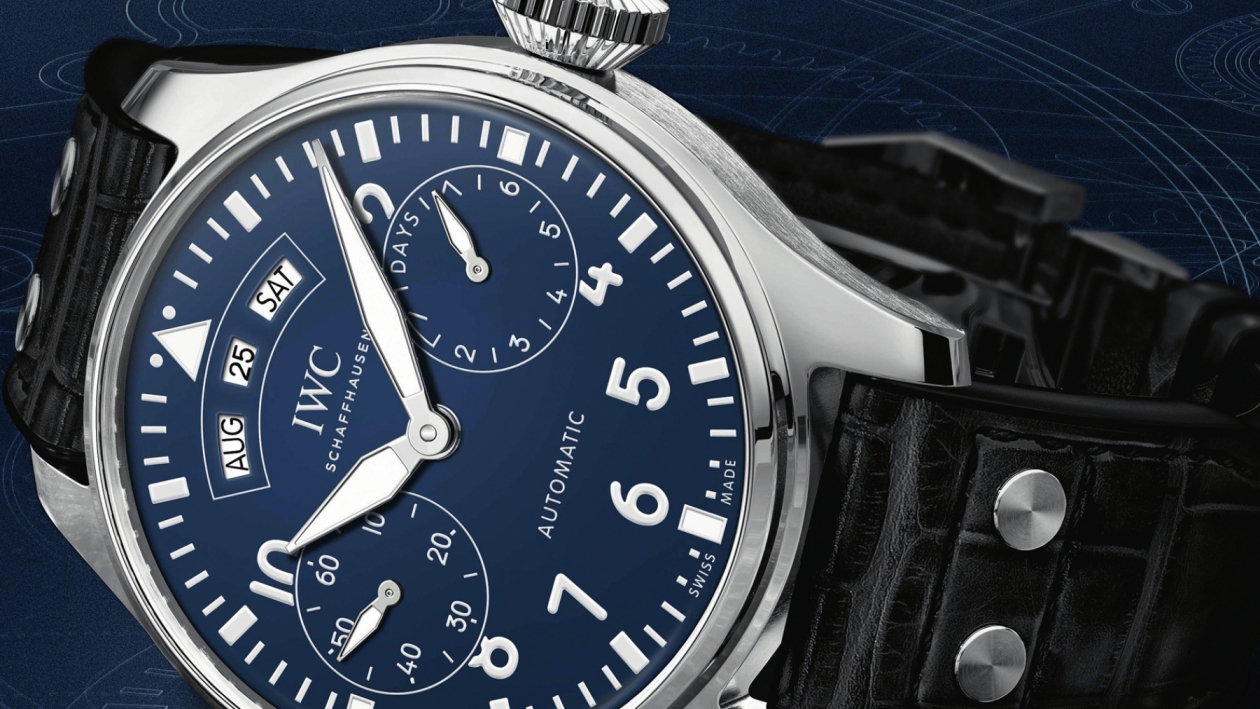 IWC turns 150 this year. The Schaffhausen-based brand founded by American pioneer Florentine Ariosto Jones is celebrating the milestone with the release of its Jubilee Collection, head- lined by an all-new, digital jumping-hours timepiece inspired by a groundbreaking 19th-century pocketwatch.

In 2018, it will be 150 years since Boston watchmaker Florentine Ariosto Jones sailed to Schaffhausen, Switzerland, and established the International Watch Company (now known much more commonly by its initials, IWC), which remains the only Swiss watch brand founded by an American. At this year’s SIHH watch salon, IWC broke from its usual tradition of devoting the year’s new product output to one particular family, and instead released what it has dubbed its Jubilee Collection, 27 limited-edition models across four families.

"IWC is not only an American-founded Swiss watch company, it was the first Swiss watch company with centralised manufacturing. Jones was an engineer and visionary who wanted to combine the best of traditional craftsmanship with the best of mass-manufacturing technology in an era when most such companies were doing home assembly and individualised, manual-labor processes. For the Jubilee collection, we wanted to bring out both elements – that industrial spirit, as typied by the enamel-style dials and blued hands typical of early IWC pocketwatches, and the emotional side, with the colour blue representing the night sky from Kurt Klaus’s famous perpetual calendar." Christopher Grainger-Herr CEO IWC

Despite the watches being spread out among the Portugieser, Porto no, Da Vinci, and Pilot’s Watch collections, the IWC Jubilee collection is united as its own family of sorts by a distinctive aesthetic element: their imprinted dials are all either white, with blued hands, or blue, with rhodium-plated hands, and are finished with multiple layers of lacquer to achieve a look reminiscent of vintage enamel-dialed pocketwatches. All are mounted on black alligator leather straps by Italian footwear maestro Santoni, an IWC partner. According to IWC CEO Christophe Grainger-Herr, “IWC is not only an American-founded Swiss watch company, it was the first Swiss watch company with centralised manufacturing. Jones was an engineer and visionary who wanted to combine the best of traditional craftsmanship with the best of mass-manufacturing technology in an era when most such companies were doing home assembly and individualised, manual-labor processes. For the Jubilee collection, we wanted to bring out both elements – that industrial spirit, as typied by the enamel-style dials and blued hands typical of early IWC pocketwatches, and the emotional side, with the colour blue representing the night sky from Kurt Klaus’s famous perpetual calendar.”

The clear headliner of the collection is the IWC Tribute to Pallweber Edition “150 Years,” a timepiece that not only represents a technical first for IWC but also revives one of the company’s most legendary historical models. The original Pallweber pocketwatches, released by IWC starting in 1884, were the brainchild of Salzburg-based watchmaker Josef Pallweber, who pioneered a digital timekeeping system in which the hours and minutes were displayed by large numerals on rotating discs rather than by hands. Pallweber watches – among the first in history to employ a digital time display – are exceedingly rare today; only about 20,000 were made by IWC, and their time on the market was brief due to the large drain on the watches’ power reserves necessary to operate the heavy discs. “The interesting thing is that, commercially, they were very successful,” IWC Historian David Seyfert says of the Pallweber watches. “The power reserve was an issue for people in the 19th century, however, because they needed at least 24 hours in order to wind it daily in the morning. Because of the design of the system, every time these toothed discs rotated it took a lot of power from the spring barrel, and leaving too little energy. Over the years, IWC tried hard to optimise the existing Pallweber watches for a better power reserve, but 19th-century spring barrels were not the same as they are today.”

The modern wristwatch version solves this historical problem with a new movement equipped with a patent-pending system to drive the discs. IWC’s manufacture Calibre 94200, the manual winding movement that powers the Tribute to Pallweber, improves upon the toothed cogs that moved both hour and minutes discs in the original pocketwatches by adding a separate wheel train, with its own barrel, which provides the impulse that advances the single-minutes disc. A release mechanism connected to the main wheel train unlocks the train every 60 seconds and immediately locks it thereafter. After 10 minutes, the single-minute disc nudges the 10-minute disc forward by one position. Every 60th minute, the hour disc jumps to the next numeral. Because the ow of power in the main wheel train is unaffected by the separate wheel train, the movement is able to provide a high level of timekeeping precision and a respectable power reserve of 60 hours. In tribute to the original Pallweber pocketwatches, the watch, which is limited to 250 pieces, has the labels “Hours” and “Minutes” for their respective round windows on the dial. IWC has priced the Tribute to Pallweber at `23.78 lakh approximately.

One of two tourbillon-equipped watches in the Jubilee collection, the Portugieser Constant-Force Tourbillon Edition “150 Years” boasts a 46-mm case made of platinum and a white-lacquered dial with blued hands. It also notably marks the debut of another new in-house movement, Calibre 94805, which combines a constant-force tourbillon with a “perpetual” moon-phase display (meaning it will only need to be adjusted by one day after 577.5 years) – another technical first for the brand. In addition to the patented constant-force mechanism, which transmits completely even impulses to the mechanism and works in conjunction with the tourbillon to achieve what IWC calls an exceptionally high level of precision, the hand-wound movement can also claim an exceptionally long power reserve – 96 hours, or a full four days, as can be observed on a dial-side indicator at 4:30 that joins the moon-phase display between 12 and 2 o’clock and the large tourbillon cage at 9 o’clock. On display through the sapphire caseback, Calibre 94805 is accented by a gold medallion with the IWC Jubilee insignia. The watch is limited to just 15 pieces, and priced at `1.64 crore approximately.

The other tourbillon watch in the collection is a modern tribute to one of IWC’s most groundbreaking complicated watches – the original Da Vinci Perpetual Calendar Ref. IW3750, designed by the legendary Kurt Klaus, which made its debut in 1985 at the height of the Quartz Crisis. While that watch boldly challenged the contemporary notion that mechanical complications were a dying category, the new Portugieser Perpetual Calendar Tourbillon Edition “150 Years” makes its own bold technological statement by combining, for the first time in an IWC watch, a tourbillon and a perpetual cal- endar.This18k rose gold watch, with a 45mm-diameter case, white dial, and blued hands, is limited to only 50 pieces and features yet another new IWC movement.

"There are individual pieces that can and will have an influence on new, upcoming watch models. The philosophy is all about keeping a mix between new design ideas that are on-brand, and reviving the design repertoire of the brand, but also preserving the design heritage of the brand and keeping its continuity. There are some outstanding watches that I’m confident will find their way into our collection very soon" Christophe Grainger-Herr CEO IWC

The newly developed Calibre 51950 is based on IWC’s existing tourbillon Calibre 51900, which powers IWC’s “Tourbillon Mystère” watches, and adds perpetual calendar functionality. The dial echoes the elegant four-register layout of the iconic Da Vinci reference, with the tourbillon aperture at 12 o’clock; date and power-reserve indication at 3 o’clock; month and moon-phase at 6 o’clock; day of the week at 9 o’clock, and four-digit year display in a small rectangle at 8 o’clock. The movement – automatically wound by the large, rose-gold, skeletonised rotor with an inlaid IWC anniversary emblem – stores an impressive seven days’ worth of power reserve and is on display through a sapphire caseback. It is priced at `71.48 lakh (approx.).

It would not be a true Jubilee collection without representatives from the Schaffhausen brand’s iconic Pilot’s series. “I think the reason IWC became so associated with pilots’ watches was because we were really the first to bring that style into the world of luxury watches,” says Seyfert. “This was in the 1980s, during the quartz crisis. Our history goes back to the Special Watch for Pilots in 1936, and when we brought out the Chronograph and the Mark XII during the ’80s, the design quickly became iconic and in demand for collectors. Just look at how often the Big Pilot design has been copied.” The trio of new references include the Big Pilot’s Watch Annual Calendar Edition “150 Years,” whose annual calendar indications are configured in the American-style month-date-day format and only need to be adjusted once a year at the end of February. The exhibition caseback provides a view of Calibre 52850, which uses IWC’s trademark Pellaton winding system to offer a seven-day power reserve. This stainless-steel model has a blue dial and measures 46.2 mm in diameter. It’s limited to 100 total pieces and priced at `12.8 lakh (approx.). The other Pilot’s Jubilee models are the Big Pilot’s Watch Big Date Edition “150 Years,” whose hand-wound movement, Calibre 59235, features an unusual, back-mounted display for its eight-day power reserve (`8.96 lakh approx., limited to 100 pieces); and two anniversary versions of the Big Pilot’s Chronograph, limited to 1,000 pieces and priced at `3.34 lakh approximately. The headliner piece among the Porto no Jubilee family, which also includes a three-hand Automatic and a chronograph, is the Porto no Hand-Wound Moon Phase Edition “150 Years,” which combines a moon-phase display with an eight-day power reserve, in a watch powered by IWC’s manual-winding Calibre 59800. The elegantly designed dial features the moon-phase in a large aperture at 12 o’clock, a date indication at 3 o’clock, small seconds at 6 o’clock, and a hand-type indicator for the power reserve at 9 o’clock. Prices range from `8.7 lakh (approx.) for the steel models, limited to 350 pieces, to `17.28 lakh (approx.) for the rose gold model, limited to 150 pieces.

Finally, for the ladies, IWC introduces the Da Vinci Automatic Moon Phase 36 Edition “150 Years,” which offers a contemporary take on IWC’s decorative jewellery watches from the late 1980s and early ’90s, most directly the original diamond-set, yellow-gold Lady Da Vinci (Ref. 8435). Here again we see a rose-gold case and the white-dial/blued hand- set combo, and another moon-phase display at 12 o’clock. This watch’s 36 mm case stands out, however, with its bezel and moving lugs draped in 206 pure white diamonds totalling 2.26 carats. Its movement is IWC’s automatic Calibre 35800, which offers a 42-hour power reserve and, in this particular watch, is covered by a solid gold caseback emblazoned with a “150 Years” badge. This model is limited to 50 pieces, and priced at `19.43 lakh (approx.). As IWC enters the back half of its second century, are there other historical IWC timepieces, like the Pallweber, in the brand’s archives that could receive a modern makeover? “The simple answer is yes,” says Grainger-Herr. “There are individual pieces that can and will have an influence on new, upcoming watch models. The philosophy is all about keeping a mix between new design ideas that are on-brand, and reviving the design repertoire of the brand, but also preserving the design heritage of the brand and keeping its continuity. There are some outstanding watches that I’m confident will find their way into our collection very, very soon.” 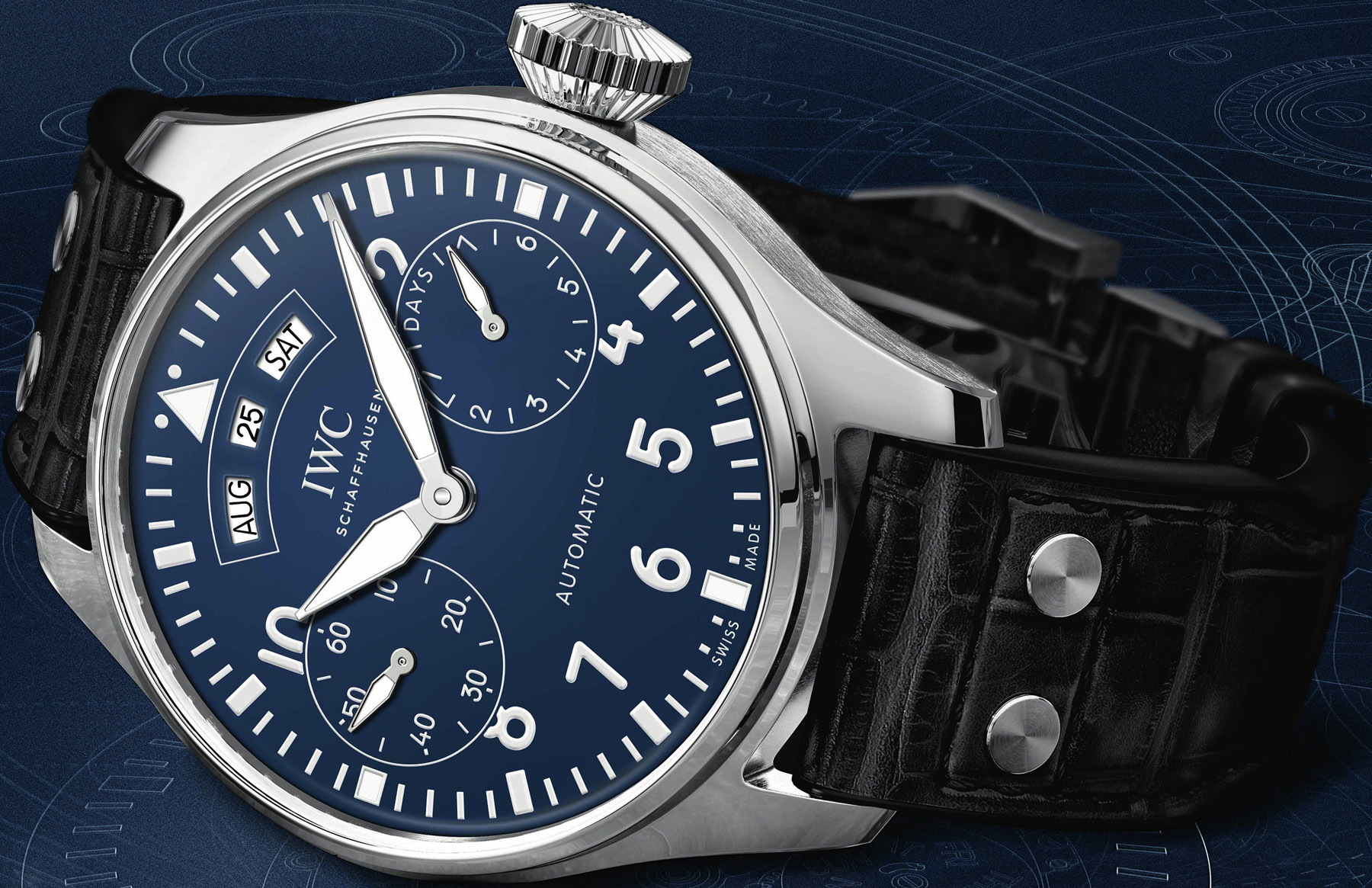