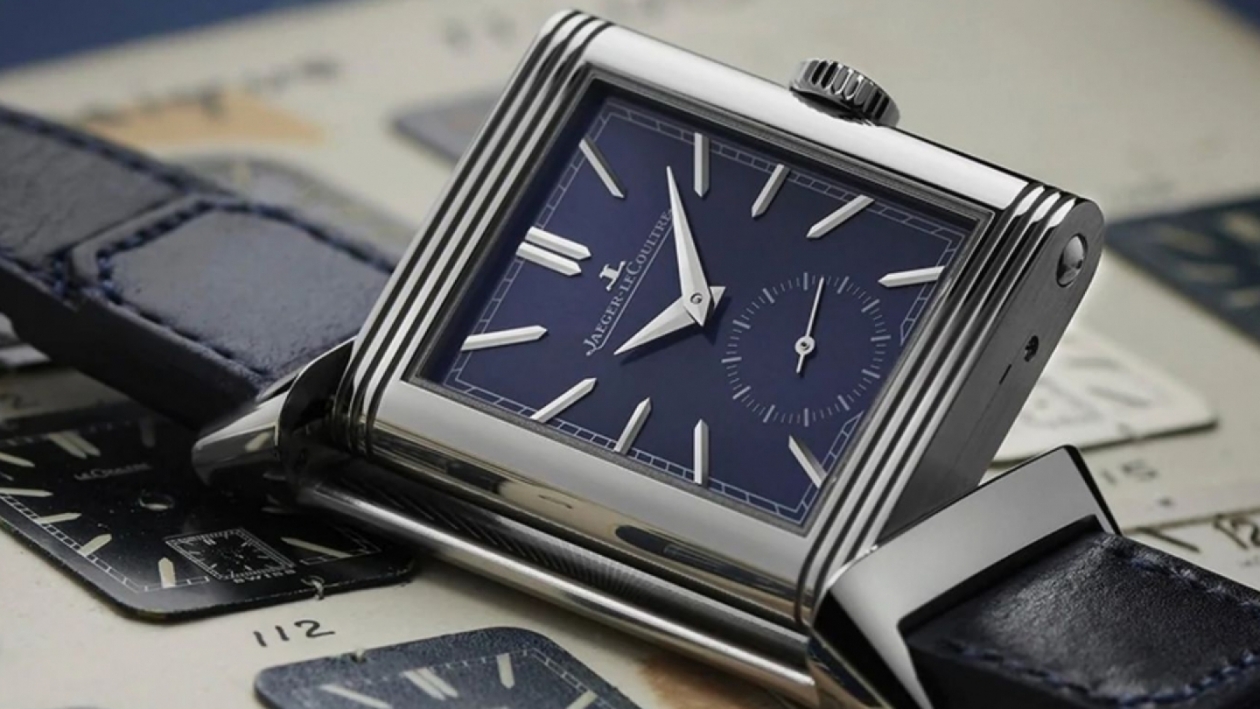 Jaeger-LeCoultre created a series of Tribute models in 2016. Today, we take a look at the versatility of three Reversos in blue, red, and green.

In 1931, Jaeger-LeCoultre created the Reverso, a hardy watch that could withstand the rigours of the sport of polo. So that the polo mallets wouldn't break the watches of the players, Jaeger-LeCoultre created an inventive rectangular design where the case could slide and flip over. This mechanism ensured the dial could be reversed so that the back could protect it from harm.

Today, the Reverso has become Jaeger-LeCoultre's iconic timepiece, one that appeals to both women and men. Many times, the solid metal back of the reversible case serves as a blank canvas for a personalised motif or engraving, and over the past 90 years, the Reverso line has featured a variety of dials and case size. In 2016 though the maison revisited the design philosophy of the original 1931 model to create a series of Tribute models. Of these, the Reverso Tribute Monoface Small Seconds in blue, red, and green, are timeless, iconic designs.

Jaeger-LeCoultre released this Reverso Tribute Small Seconds in 2018 with a blue dial and blue strap designed by Casa Fagliano, the artisanal polo bootmaker that still hand-crafts leather polo boots at their Buenos Aires workshop. The blue timepiece finds its power in the manually wound Jaeger-LeCoultre Calibre 822/2 that offers a power reserve of around 42 hours. The 45.6mm stainless steel case houses the movement that offers functions like hours, minutes, and small seconds. The sunray-brushed dial features appliqued hour-markers and a pair of polished Dauphine hands. Its interesting angles and lines, like any other Reverso, honour the original. 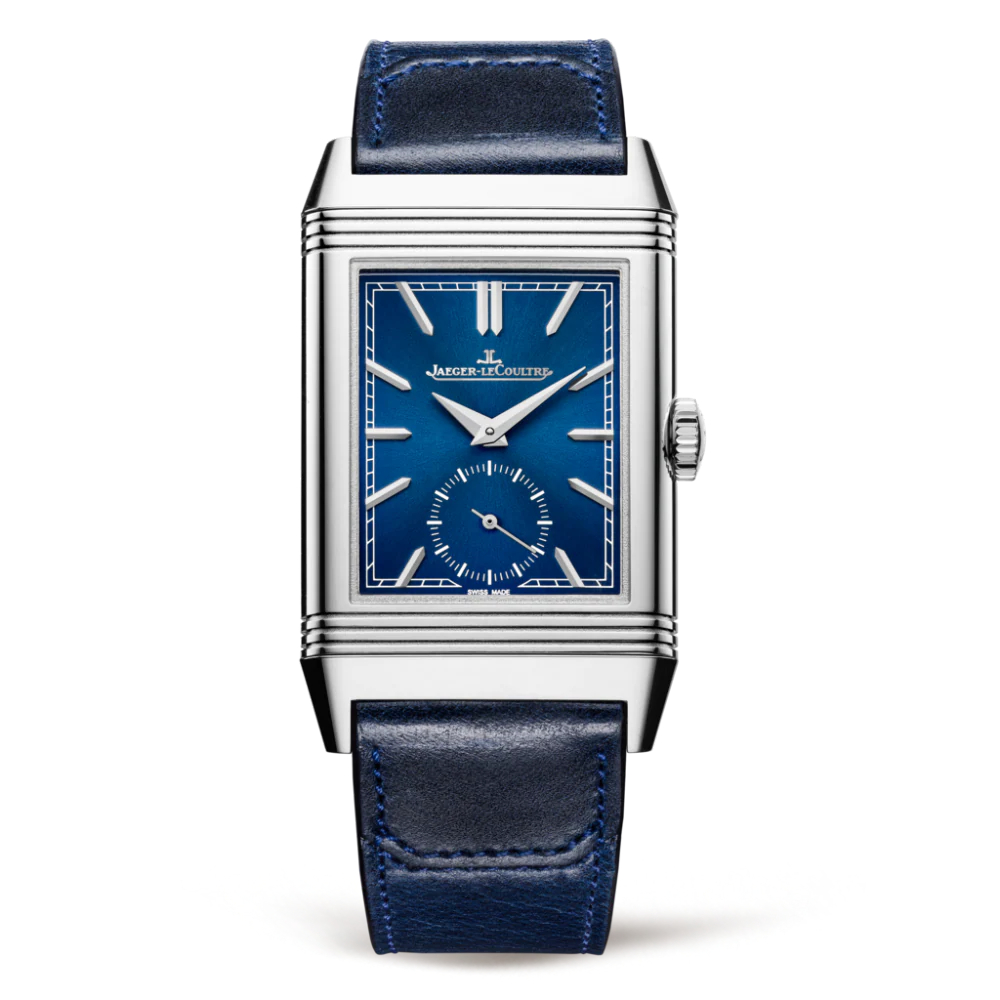 One look at its wine-red dial and you know this is watch make a statement. This Reverso Tribute, released in 2019, features a 45.6mm stainless steel case that houses the Jaeger-LeCoultre Calibre 822/2 manually wound mechanical movement that was entirely designed, produced, and assembled in-house. The engine delivers a power reserve of around 42 hours and offers functions like hours, minutes, and small seconds. Its burgundy dial, with a pair of Dauphine hands, has been sunray-brushed and flaunts appliqued hour-markers. The dial complements the leather strap dressed in wine tones, accentuated by top stitching that has been designed by Casa Fagliano. 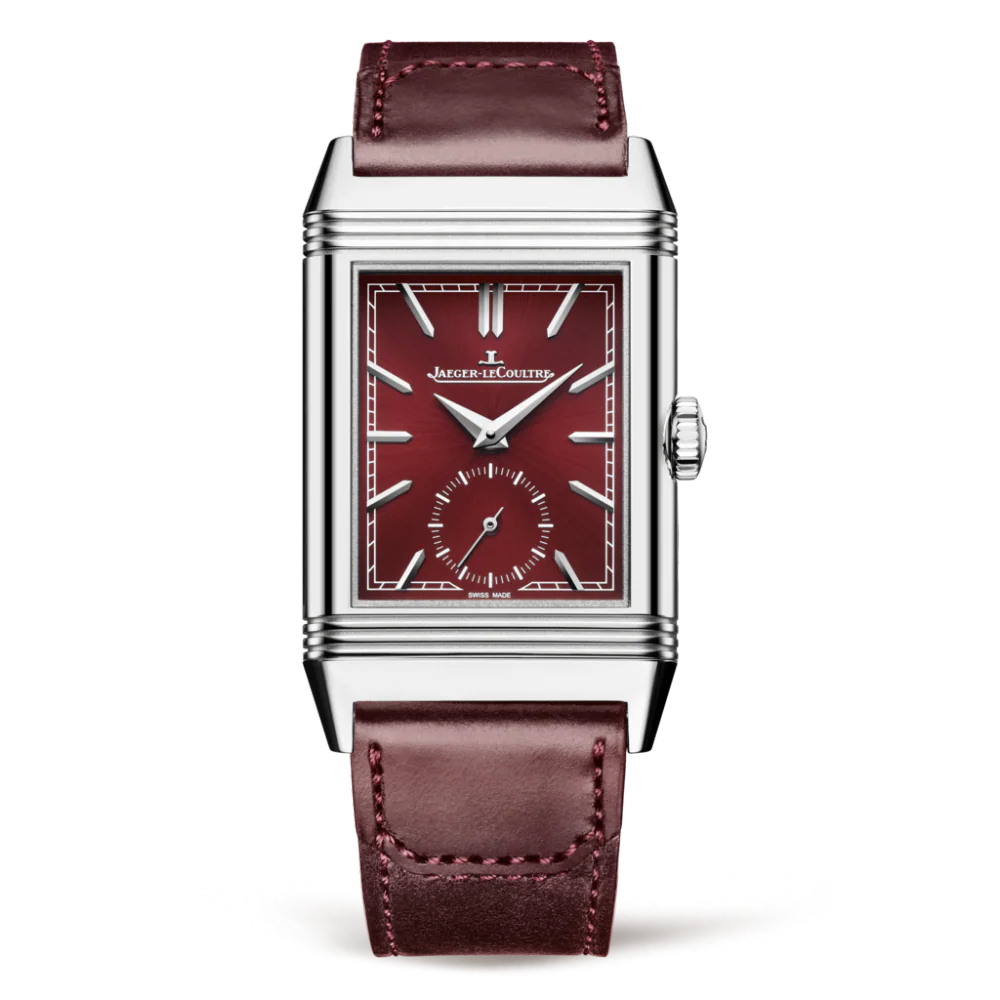 Jaeger-LeCoultre earlier this year revisited its early use of the colour green to imagine the new Reverso Tribute Monoface Small Seconds. The intense sunray-brushed lacquer dial in green, paired with a matching green calf leather strap made by Casa Fagliano, evokes the mesmerising green hues of the pine forest that surrounds Jaeger-LeCoultre’s home in the Vallée de Joux. The dial also features applied faceted hour markers, a small second sub-dial at 6 o’clock, and a pair of Dauphine hands. The beauty in green is driven by the manually wound Jaeger-LeCoultre Calibre 822/2 that offers a power reserve of around 42 hours. Its engine comes housed in a 45.6mm stainless steel case and offers functions like minutes, hours, and small seconds. The owner can choose to personalise the solid caseback with a motif or an engraving. 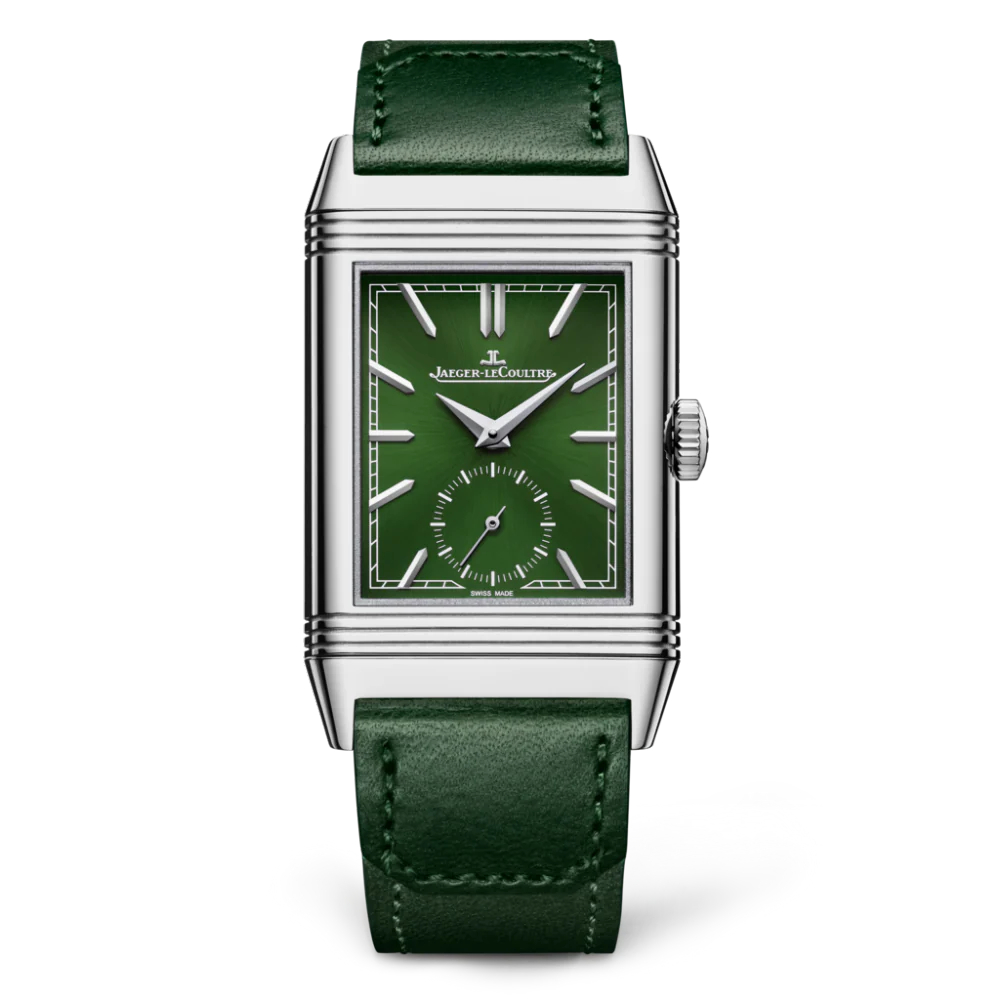