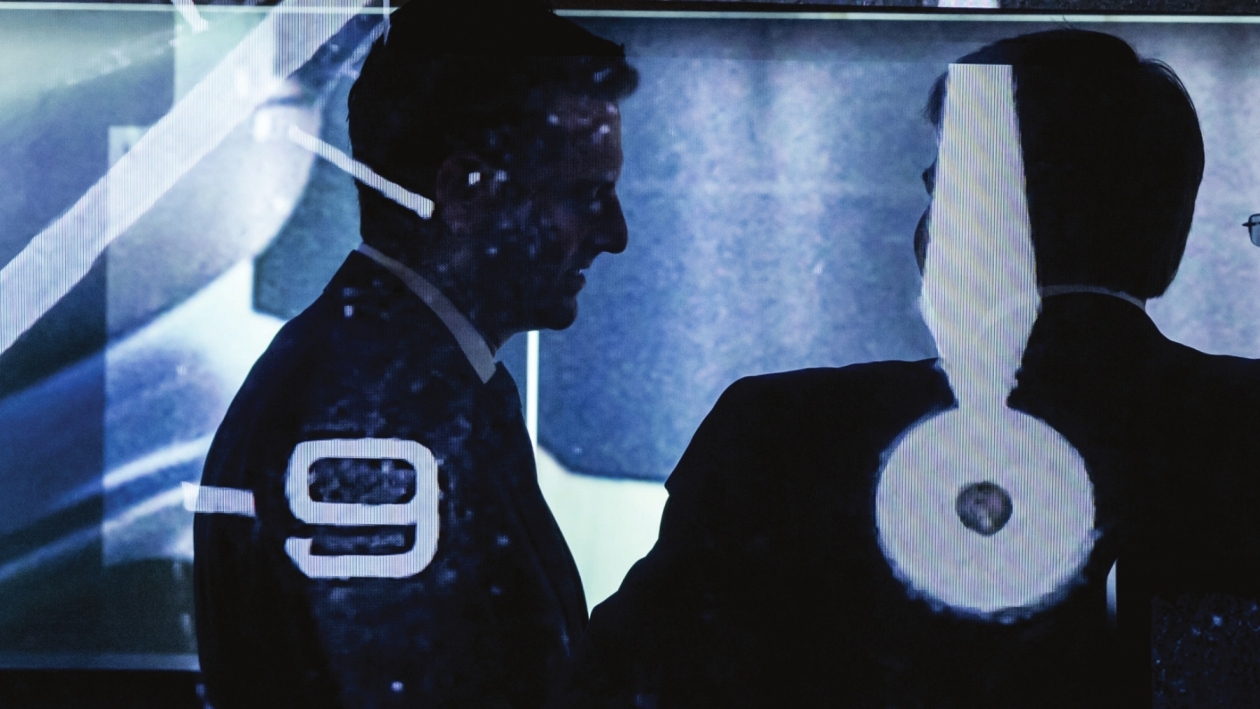 When IST gets into vogue, we will become an independent Digital India.

There are four of them. Caesium clocks. Besides them is a hydrogen maser clock. They aren’t great beauties in the looks department—large

"The NPL is the custodian of the measurement standards of India, which include seven SI units (metre, kilogram, second, kelvin, ampere, candela and mole)."

metallic boxes with blipping digital screens. But they are the most precise clocks in the country. In fact, together, they are the official time- keepers of India, and the custodians of Indian Standard Time.

These clocks are kept at the Council of Scientific and Industrial Research— National Physical Laboratory, an institute situated close to the ridge forest in New Delhi. The campus is sprawling, with gardens on all sides. It’s deliberately that way, to reduce the vibrations of a busy metropolis; vibrations that could adversely impact the very finely calibrated equipment. The NPL is the custodian of the measurement standards of India, which include seven SI units (metre, kilogram, second, kelvin, ampere, candela and mole). 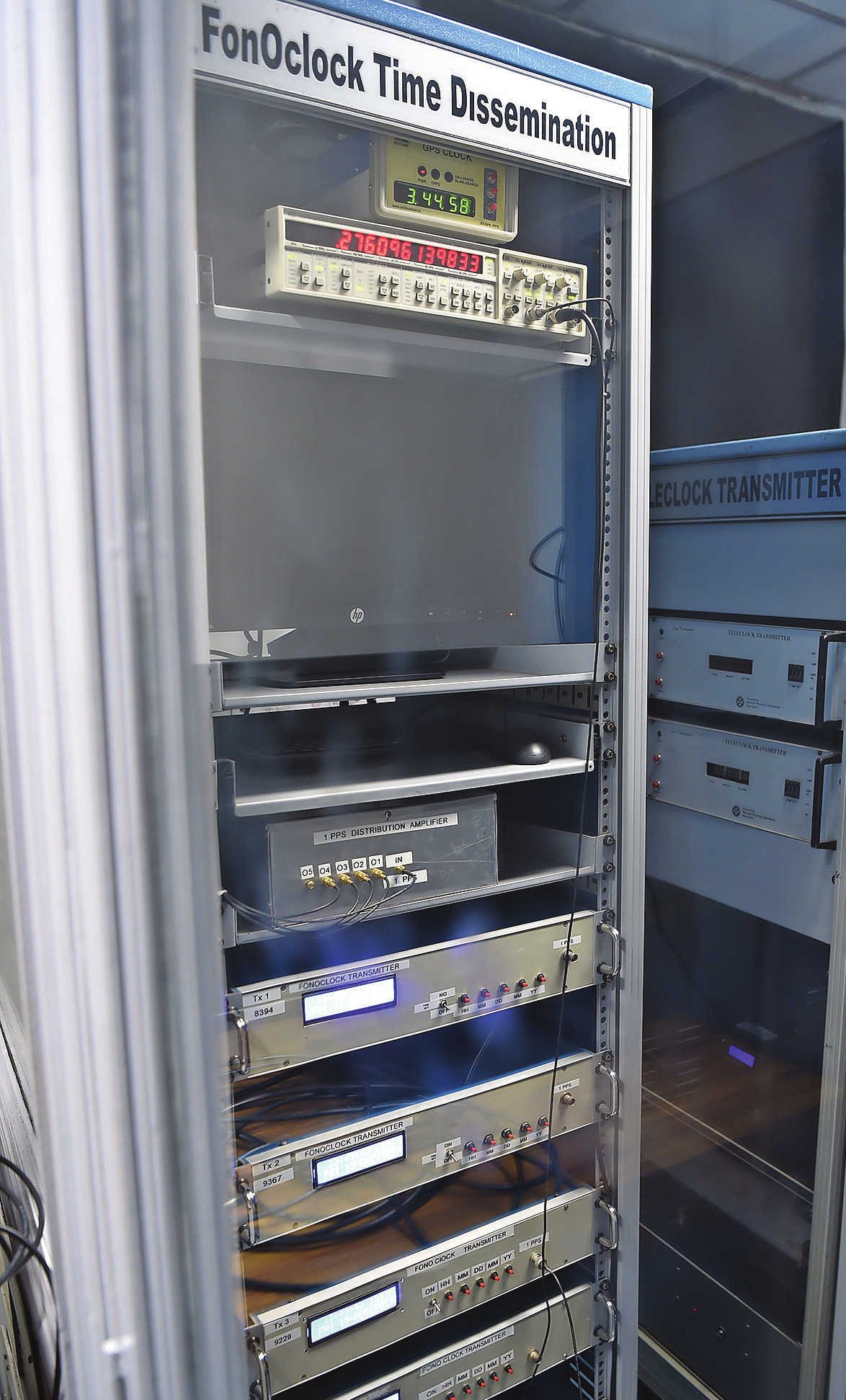 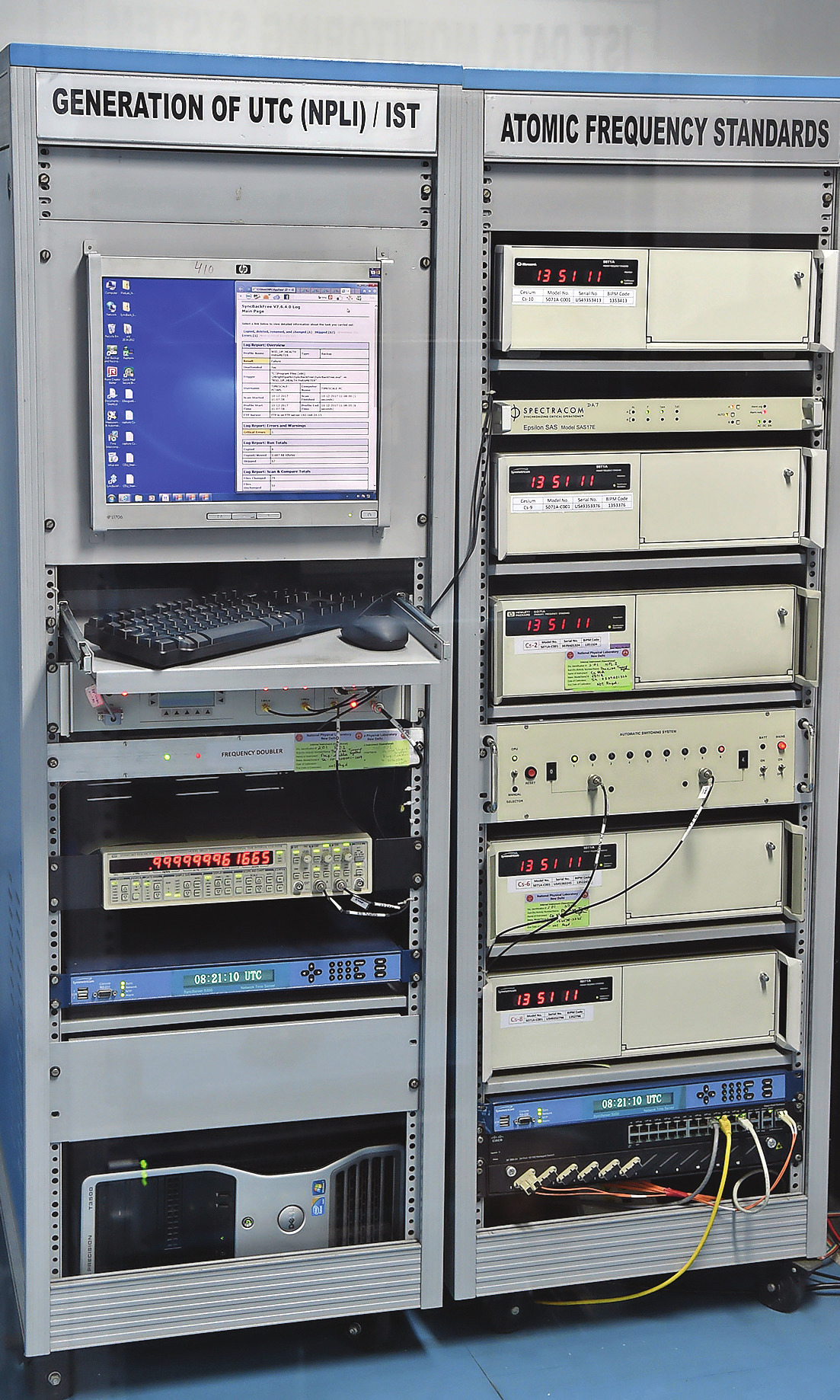 Here, though, we will tell the story of one of these standards, time. The Indian Standard Time (IST). It all started with the Metre Convention on May 20, 1875, in Paris, with representatives of 17 countries. The treaty set up an institute for coordinating international metrology (the science of measurements). Initially, only mass and length were covered (time, luminescence etc were added later). With subsequent meetings, the International System of Units or SI was established. Today, there are 58 countries which are signatories to the treaty, and India is one of them. 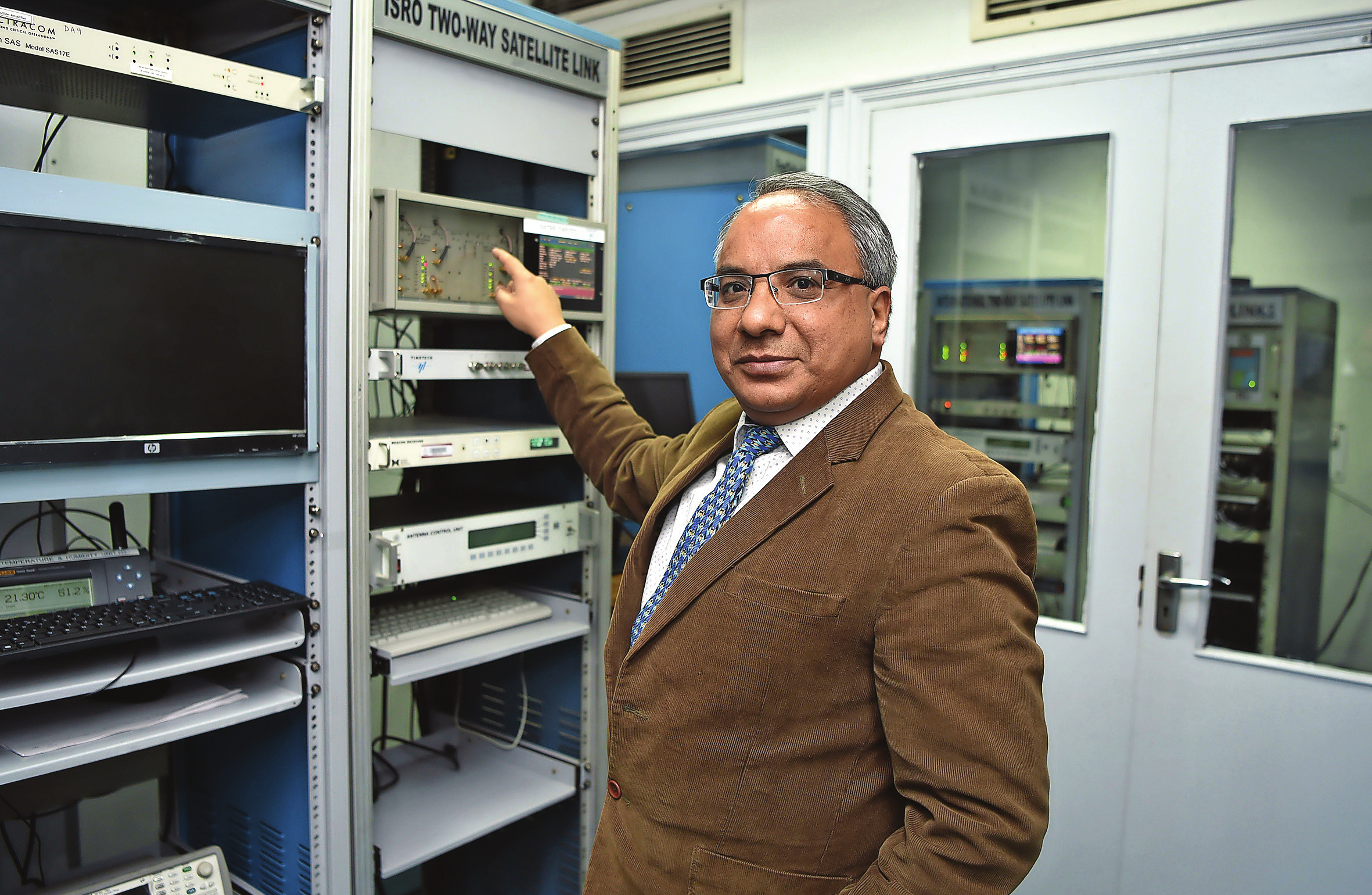 As per the treaty, the International Bureau of Weights and Measures (BIPM) in Paris is tasked with maintaining accurate worldwide time of

"[Time provided with an] uncertainty of 20 nanoseconds, for instance, makes the image accurate to a metre. For missile firing, a difference of one second could send the weapon whizzing onto another city al- together. Remember, what they taught in school, that the speed of light is 3 x 10 (to the power of 8) m/s. Just calculate how much a difference of a second can translate in distance and you will understand."

day. It combines, analyses and averages the atomic time standards of the member nations and creates and maintains the Coordinated Universal Time (UTC). The UTC is traditionally measured with the zero meridian, which runs through Greenwich on the outskirts of London, thus it was earlier called Greenwich Mean Time (GMT). But when the SI system was adopted the UTC was coined.

The Indian NPL is called NPL I to distinguish it from the British NPL. Since UTC syncs time with NPL I, in technical terms, UTC NPL I + 5.30 = IST.

At NPL, the caesium and hydrogen maser clocks are kept in a secure room where the temperature is maintained at 23 degrees celsius, with a variability of one degree and a relative humidity of 45 per cent, with a variability of 5 per cent. The vibrations are kept below 10 Hz. All these measures together help in maintaining IST, accurate to 20 nanoseconds (or as they say in scientific parlance, with an uncertainty of 20 nanoseconds). This is the accuracy with which the IST is then given out to users. The primary consumers of the IST were the department of telecommunications, the Indian Railways (though it previously took time of a coarser resolution) and the Indian Air Force. Now, Indian Space Research Organisation (ISRO) has signed a deal with NPL for transferring IST to its satellites. The deal was important to make the Indian navigation satellite constellation, Navic, completely indigenous. So far, most systems were, by default, taking the time provided by the American government, through the Global Positioning System (GPS).

So what really is the difference? The time is the same, whether it’s read from this clock or that timepiece, right? Not really. In coarse readings, it doesn’t matter. But when we talk precision, it matters a great deal. In satellite positioning, for instance, the difference of a fraction of a second could affect the resolution of the image. “[Time provided with an] uncertainty of 20 nanoseconds, for instance, makes the image accurate to a metre. For missile firing, a difference of one second could send the weapon whizzing onto another city al- together. Remember, what they taught in school, that the speed of light is 3 x 10 (to the power of 8) m/s. Just calculate how much a difference of a second can translate in distance and you will understand,” says D.K. Aswal, NPL director.

The IST in India is often ridiculed, and with the Indian tardiness, often lampooned as the Indian Stretchable Time. The science and effort behind maintaining it rarely reaches the public. Unlike many other countries, for instance Germany, where it is imperative to use the standard time of that nation, India has no such rule. And all our gadgets, by default, subscribe to the GPS-provided time. Which is fine, as long as GPS is providing it, even though the “unreliability” may be higher, often deliberately. But what when the provider decides to black out? India has had that one instance, when, during the Kargil war with Pakistan, GPS blacked out its signals, preventing India from locating targets. That was the time, literally, when the need to have and use indigenous systems was felt. 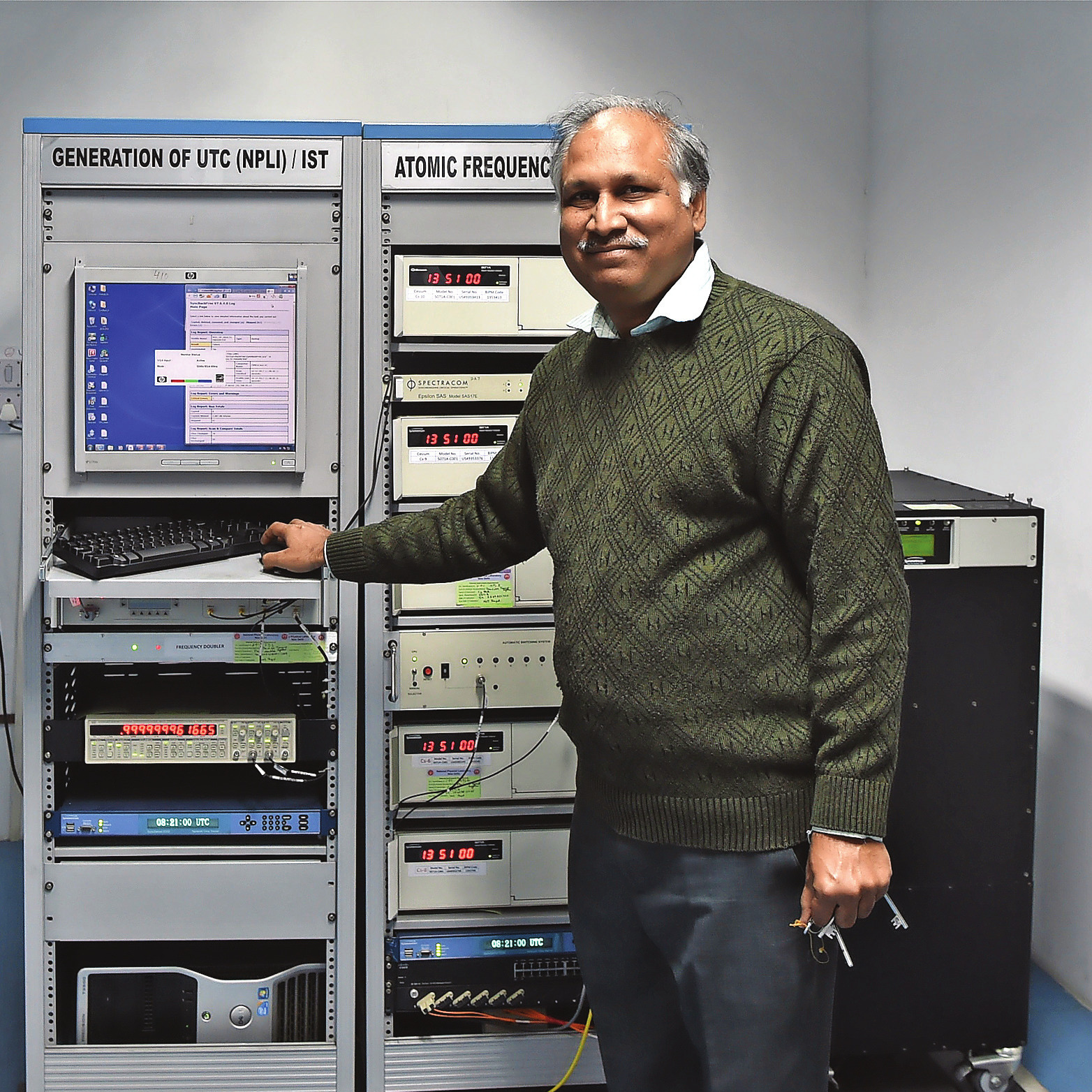 India’s own navigation system, Navic, took 16 years to develop. By now subscribing to the IST, this system is in no way dependent on any foreign input.

"My dream is that one day, all electronic devices in India will be synced to IST. When IST gets into vogue, we will become an independent digital India."

recent news item last November, when the management of the Tsukuba Express line, which runs the bullet train between Tokyo and Tsukuba, apologised to the people because one of its trains departed from the station 20 seconds early. In a country like India, this apology may seem ridiculous. But in Japan, where the entire country is tuned to the Japanese Standard Time, a 20-second difference is enormous. It could mean many commuters miss their train, it could also mean there could have been an accident with another train.

Aswal recalls another incident in India, when a candidate went to file his nomination for an election and was turned away as the deadline was over. He argued, because by his watch, there was still time. “When there are legal disputes related to time, it will be important to know which is the ‘right time’,” he says.

V.K. Ojha, head of the time and frequency division of NPL, adds that once India goes digital in a big way, a standardised time will be even more imperative. “We will need it for smart grids,” he says. “We will need it for the Internet of Things, when we expect all devices to be synced to one time. And, of course, the more cyber crime increases, the more there is need for a better resolution of time. Time stamping needs high- resolution time. With billions of users, even zeroing in on the number of people who hit a particular site at a particular second may throw up many numbers. Now, where was that person during a nanosecond? For that, time needs to be of very high accuracy; crude readings will not help.”

It may still take India some time before it becomes aware of its “own time”. With the convenience of easily available “free” time and there being no pressing need to be accurate to the hour in daily existence, forget finer denominations, we have taken time for granted. So much so that even the NPL, which charges a fee from users for providing the other measurements, has always provided time for free to India (that it hasn’t been used is another matter altogether.) 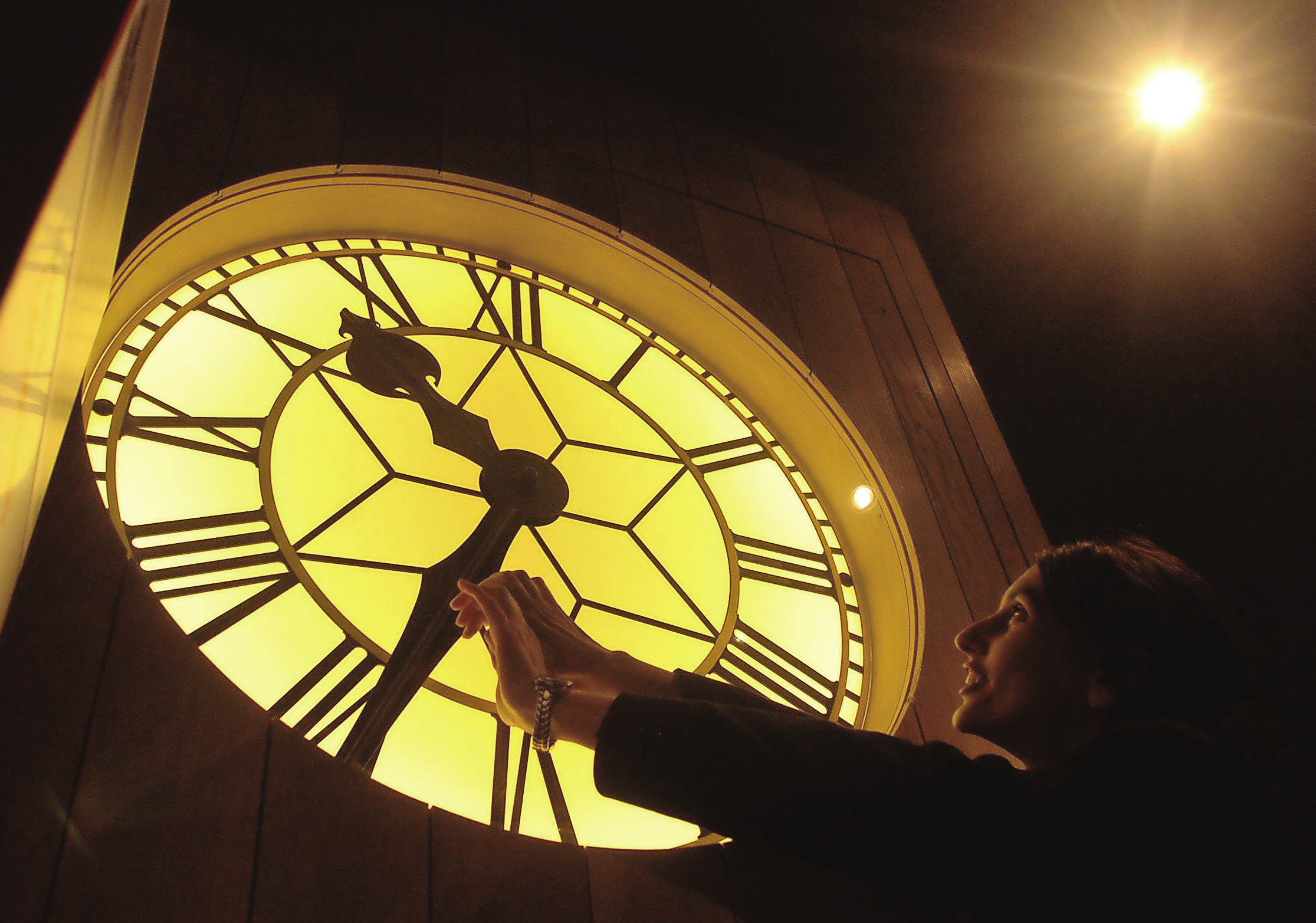 But some months ago, NPL decided to put a monetary tag on its time services, and the ISRO deal is the first in which it has charged for time. “Although I’ll say we aren’t charging for time, we are charging for the services required to maintain that time,” says Aswal. There aren’t many buying that service now, or for that matter even taking it for free. Our computers and mobiles are all synced with the GPS by default. But, Aswal believes the market for IST will gradually develop. Once the department of telecommunications begins subscribing time at the nest possible resolution, (it still takes IST but at cruder readings), it will show in everyday life. For instance, all TV channels will show the same time, the difference of seconds and even a minute sometimes, will go. “My dream is that one day, all electronic devices in India will be synced to IST,” says Aswal. “When IST gets into vogue, we will become an independent digital India.

Will we also value time more then?