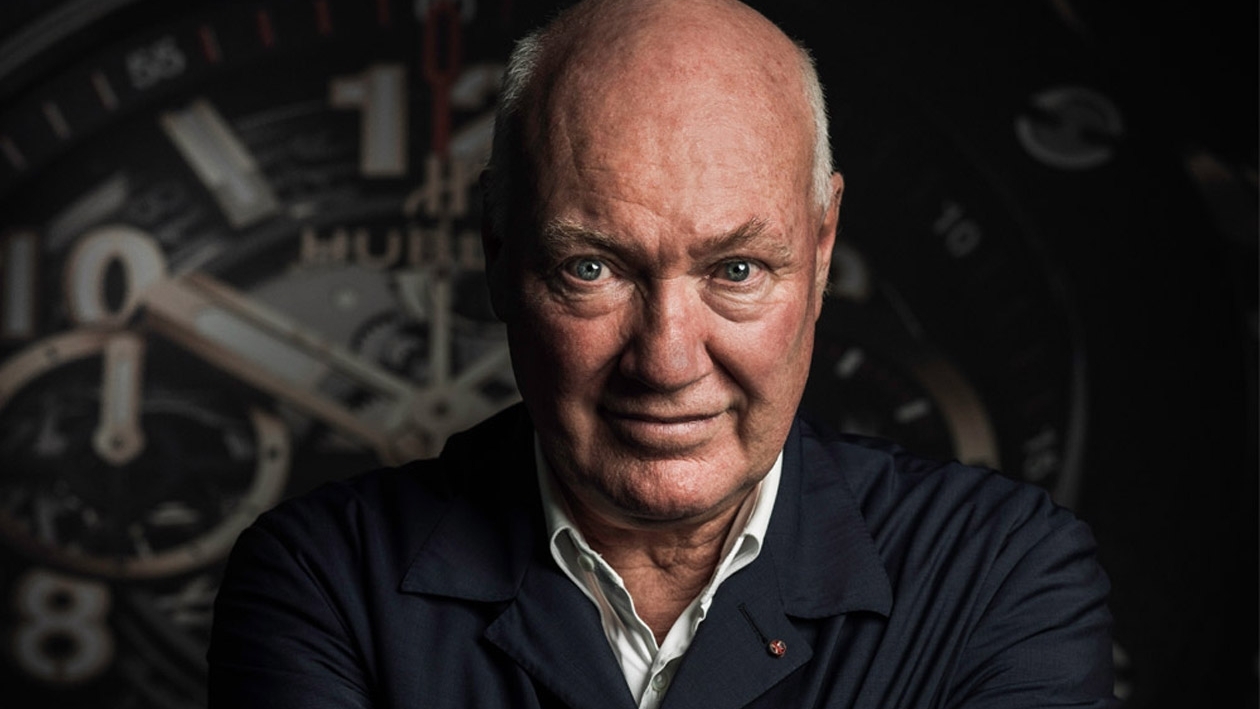 RB: The watch industry has just experienced one or two years of crisis, but now there seems to be a feeling of optimism everywhere. What is the outlook for your brands?

JCB: It’s just like for most of the Swiss watch industry, which is very good. But if everything is going well for everybody it’s impossible to know who is successful because of their substance and strength, and who is successful only because of the general trend. It is easier for us to gain market shares in times of crisis. TAG Heuer gained a total 39.5 percent from 2015 to 2017. The industry lost 12% during this same period.

RB: To what do you attribute this – that TAG Heuer got this share of the market and gained in strength?

JCB: Many brands lose their courage when things go bad. They start looking to save in development and in marketing. We do just the opposite. Our brand has suddenly become more dynamic. Earlier it would have been inconceivable at TAG Heuer to be working with young artists such as Alec Monopoly and Cara Delevingne, or to become involved in the world of soccer. It was similar at Zenith, where tradition had almost become like a prison. But now we have new concepts that link Zenith to the future. This has an affect on the products and also on communication and research and development.

RB: Over the course of your career you’ve enjoyed great success with a variety of different brands: Blancpain, Omega, Hublot, TAG Heuer. Which of these means the most to you?

JCB: I am most proud of Hublot. And it’s also been my greatest success.

RB: Even more than Blancpain?

JCB: Yes. And the thing that makes the success even greater is the fact that Hublot continues to grow, even though I haven’t been the CEO for the past six years. I don’t have anything to do with the business operations. It’s remarkable what Ricardo Guadalupe and his team are doing. They are developing the brand in exactly the direction I would have taken. Here’s one example: the Big Bang Red Magic with its case made of this fantastic bright red ceramic. This color was impossible to achieve in ceramic before, but now Hublot has gotten it, after years of work. I’m very proud of that.

RB: How do you view the development of Zenith?

JCB: I’m very happy about that, too! Zenith is back on its feet again. And I can step back there also, since Julien Tornare has taken over the helm.

RB: And TAG Heuer? How long do you intend to lead that brand?

RB: You founded the research and development institute at the LVMH watch division. Does it work for all three brands, Hublot, TAG Heuer, and Zenith?

JCB: Yes, in principle. But Hublot has its own development department. That’s why orders for the the institute come almost exclusively from

"I am most proud of Hublot. And it’s also been my greatest success." Jean-Claude Biver LVMH Watch Division President

Zenith and TAG Heuer. Of course it’s conceivable that Hublot might suddenly need a technology that the manufacture cannot develop itself. That was the case, for example, with the Big Bang Referee 2018, the smartwatch for the World Cup. Hublot relied on the experiences that TAG Heuer had made with its Connected watch. Basically the institute develops things that are interesting for every brand, like a new hairspring. It includes the work of engineers, mathematicians, experts in metallurgy. We have invested resources for the institute [equaling] somewhere around eight to nine million Swiss francs. This is especially interesting for a small brand like Zenith, which cannot provide resources of this level on its own.

RB: You’re collaborating with universities, too.

JCB: Yes, with the Harvard Business School and the Universities of Delft and Lausanne.

RB: In 2017 Zenith introduced a movement with a very innovative escapement. So far it has only been used in a ten-watch limited edition. How long will it be until that model, the Defy Lab, can be be mass-produced?

RB: What difficulties did you need to address?

"Zenith is back on its feet again. And I can step back there also, since Julien Tornare has taken over the helm." Jean-Claude Biver LVMH Watch Division President

JCB: We do not manufacture various components of this movement ourselves, like those made of silicon. They are created by CSEM, a research and development center in Neuchâtel [Switzerland]. I’ll give you an example: At the beginning there were certain wheels in the movement that were made of steel, not silicon. But, to put it simply, the metal and silicon parts did not work smoothly together. So we had to make some of these parts, which were originally not made of silicon, out of the silicon material. This kind of change means that everything had to be recalculated. Plus, the scientists at CSEM are independent, they don’t work for us. This all costs time, which you have to take into account in developing a groundbreaking technology like this. Right now we’re trying to manufacture between 1,000 and 3,000 by the end of 2018.

RB: Are you able to provide the new Zenith caliber with additional functions?

JCB: Yes. That was an important point for us in the development phase. It is possible to add functions like a moon-phase indication or a chronograph.

RB: Zenith is celebrating the 50th anniversary of El Primero in 2019. Where does the idea of the future fit in now?