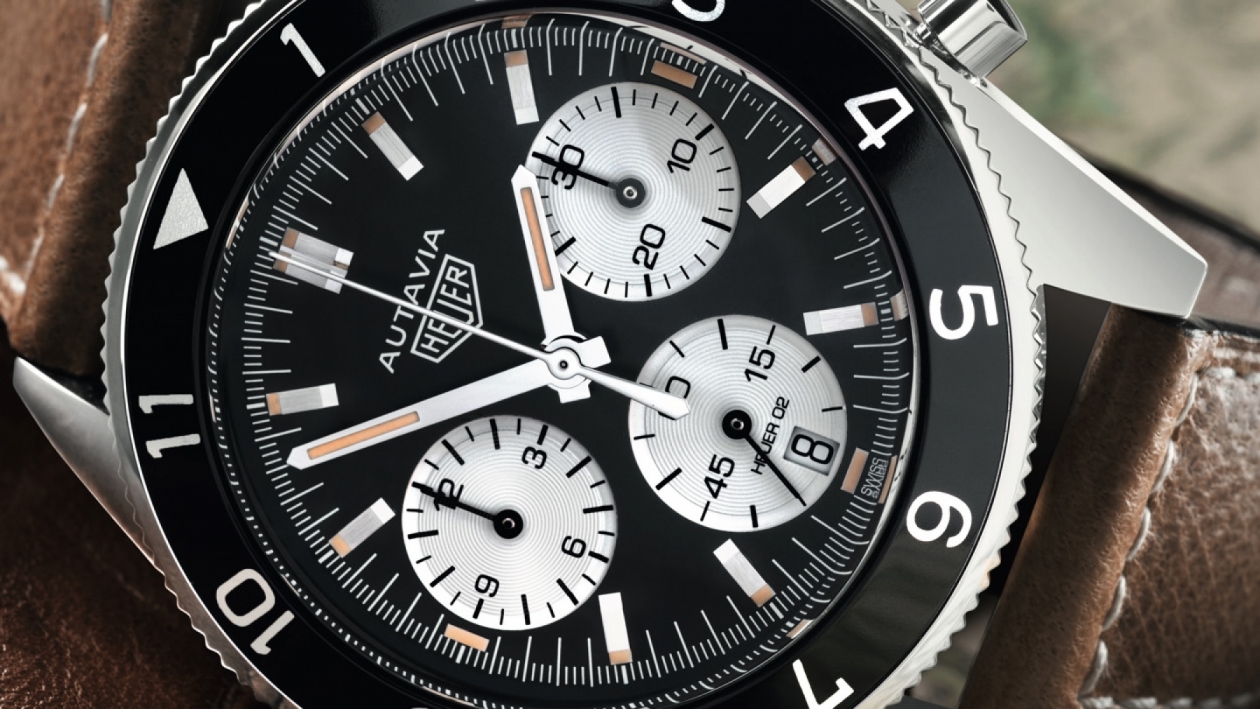 The vintage Heuer collecting community is one of the most passionate in the entire industry. Just check out OnTheDash and Calibre 11 if you don’t believe me. These forums are home to some of the most knowledgeable Heuer fanatics on the planet and also host some of the more fervent horological discussion on the web. This core group of collectors is one of the reasons why TAG Heuer‘s attempt at bringing the Autavia back to life was such a resounding success. The “Autavia Cup,” announced in 2016, pitted 16 iconic Autavia models against one another in a March Madness-style bracket. After over 50,000 votes were cast, the final winner ended up being the Autavia Mark 3 “Jochen Rindt” (see below), which was brought back to life at Baselworld 2017 to critical acclaim. 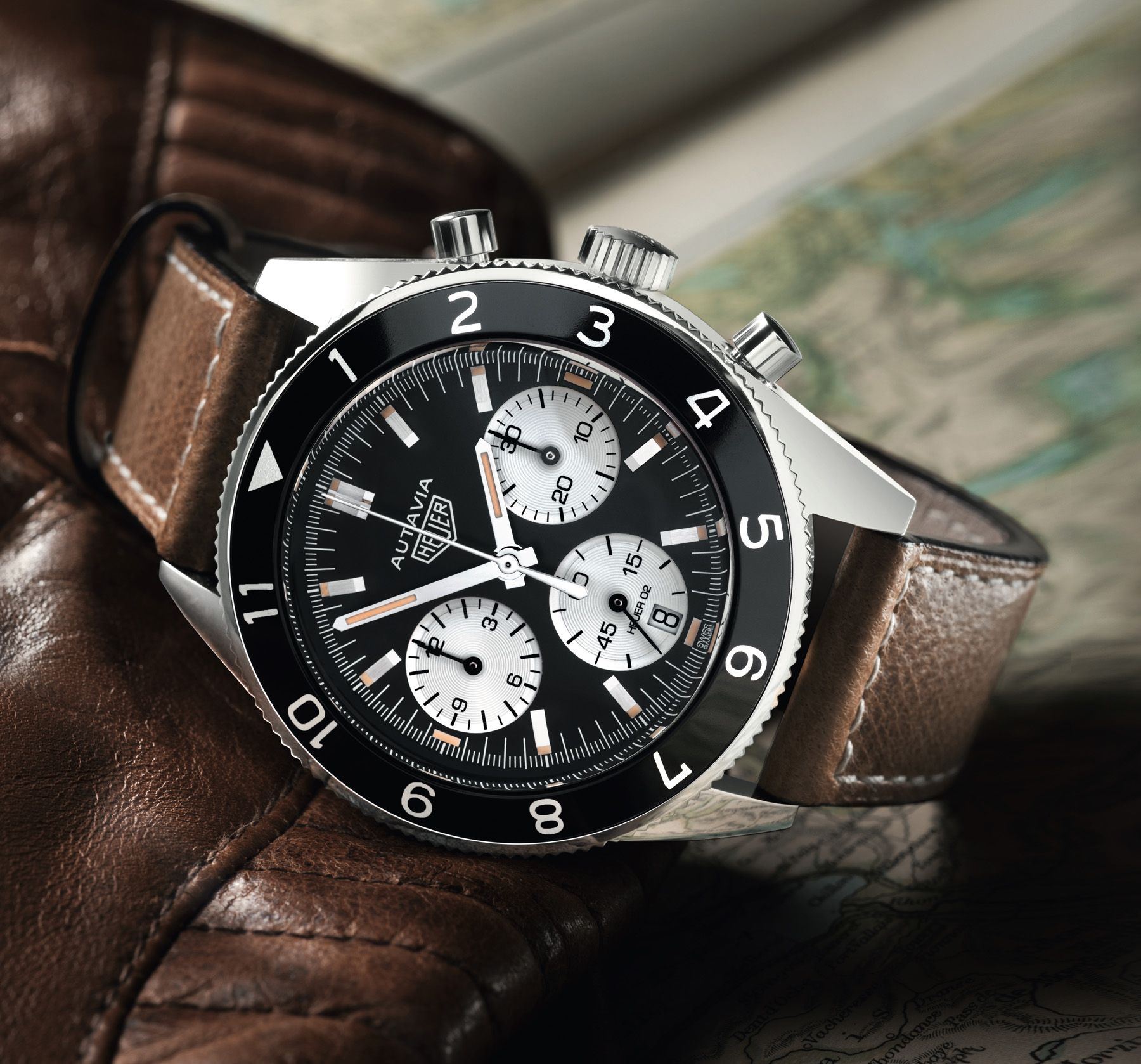 The overall success of the Autavia Heuer 02 led to two more limited edition Autavia timepieces released near the end of 2017, both modelled after the Jochen Rindt reissue. First, we saw the Jack Heuer Limited Edition that was released in November to celebrate the Heuer founder’s birthday. A few weeks later, TAG introduced a UAE limited edition to commemorate Dubai Watch Week. 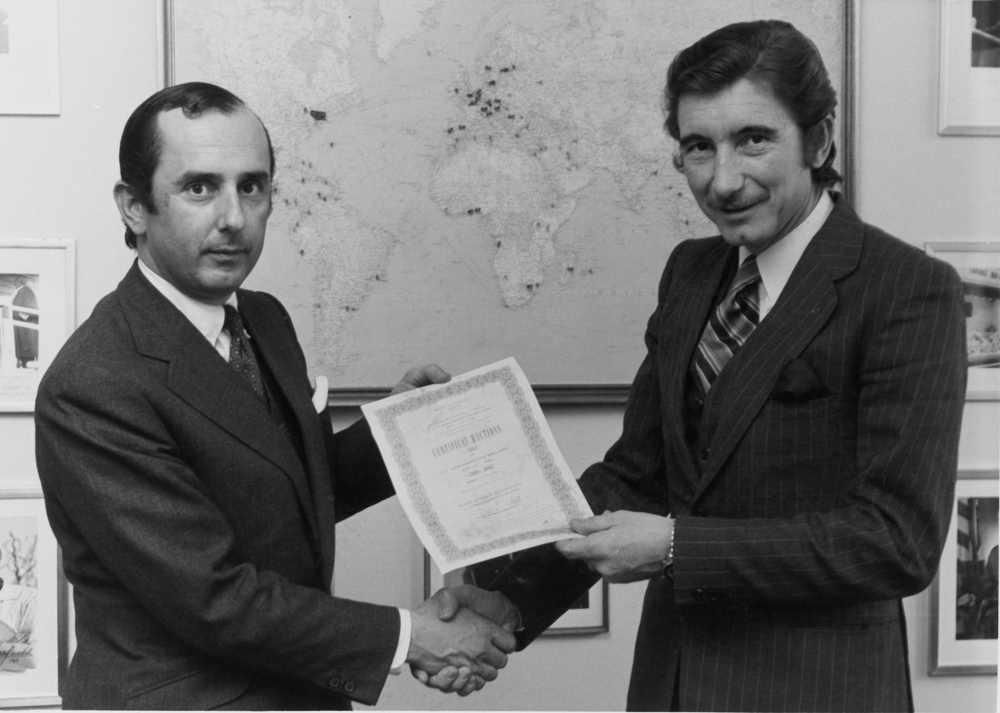 Today, we received word on the latest limited edition Autavia. The big difference? It’s modelled after a legendary Autavia model made famous by Jo Siffert. Legend has it that after winning the 1968 Formula 1 British Grand Prix, Siffert was approached by Jack Heuer to make a deal. The terms were Heuer would sponsor the Swiss F1 race and Siffert himself if the racer would promote the brand and wear an Autavia while he drove. For years after that, you could see the Heuer logo on Siffert’s racing overalls matching the Autavia 1163T Chronograph on his wrist. The 1163T Chronograph was recognisable for having black sub-dials and a blue central hand with subtle hints of blue dotted throughout, most notably at the end of the indices. Nowadays, this model is strictly known as the “Siffert Autavia.” 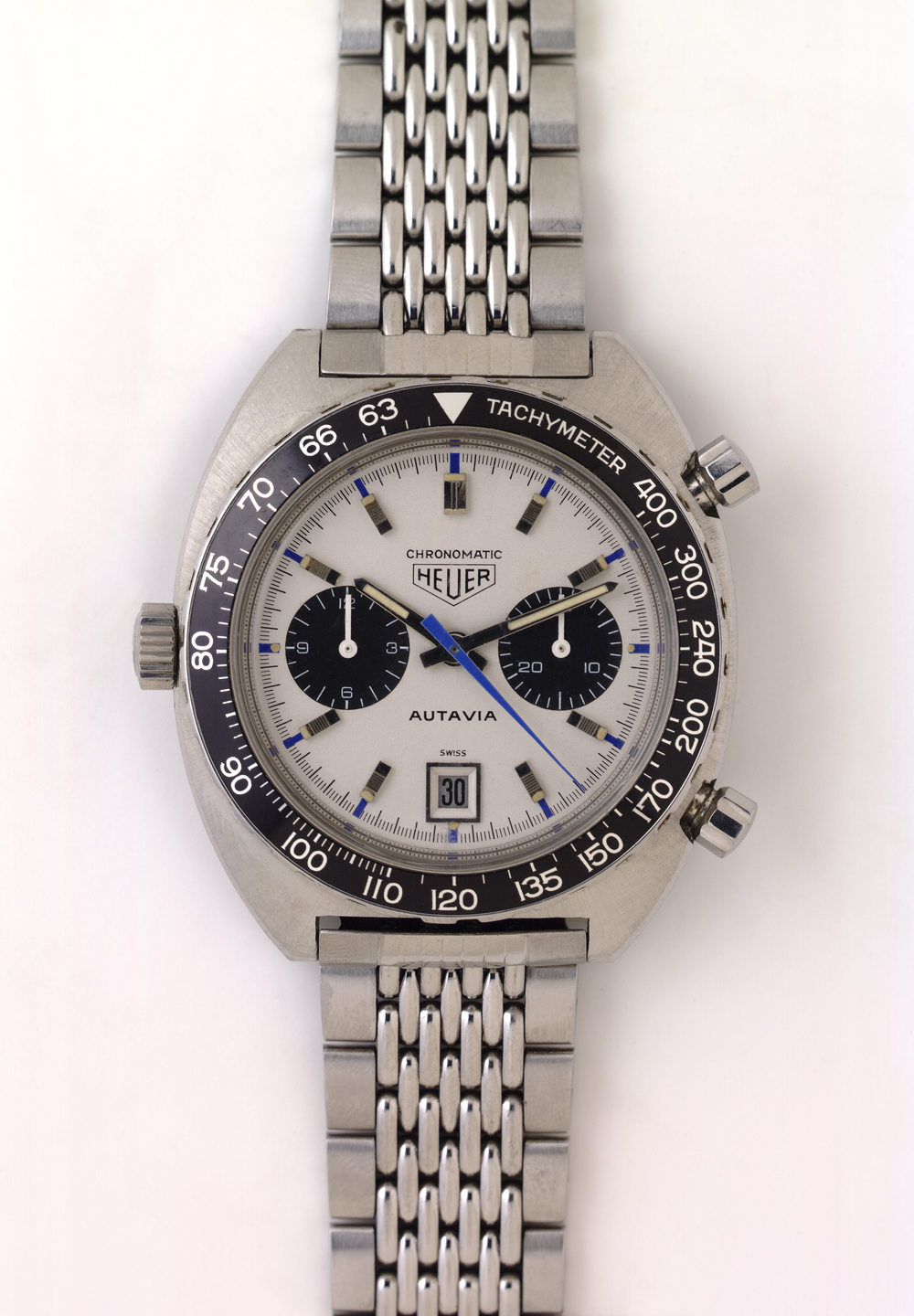 This new watch followed a similar path to fruition as the Jochen Rindt but this time around TAG Heuer partnered with one of the forums — Calibre 11 — to receive their expert feedback and gain access to their substantial audience of collectors. Calibre 11 was able to license the Jo Siffert name specifically for this watch. In fact, a detail worth noting is that this is the first time the Siffert signature has ever appeared on a modern Heuer. The watch uses the same Heuer 02 automatic chronograph movement as last year’s Autavia but the corresponding text over the date window has been removed to retain the vintage-inspired aesthetic. Other vintage flairs that Heuer fanboys should get a kick out of include the use of the Heuer logo rather than the TAG Heuer logo, the choice of a specially developed black calf-skin strap with a classic Heuer tang buckle or a seven-row steel “grains of rice” bracelet, and the use of white indices rather than red to improve legibility.

The only other major differences from the 1969 model are that the crown has been adjusted to the right side set in between the pushers and TAG decided to go with the more modern three sub-dials rather than two. The bezel has been simplified by replacing the tachymeter function with stacked hour and minute numerals. Other than that, the watch appears to overall be very faithful — aesthetic-wise — to Jo Siffert’s original watch. 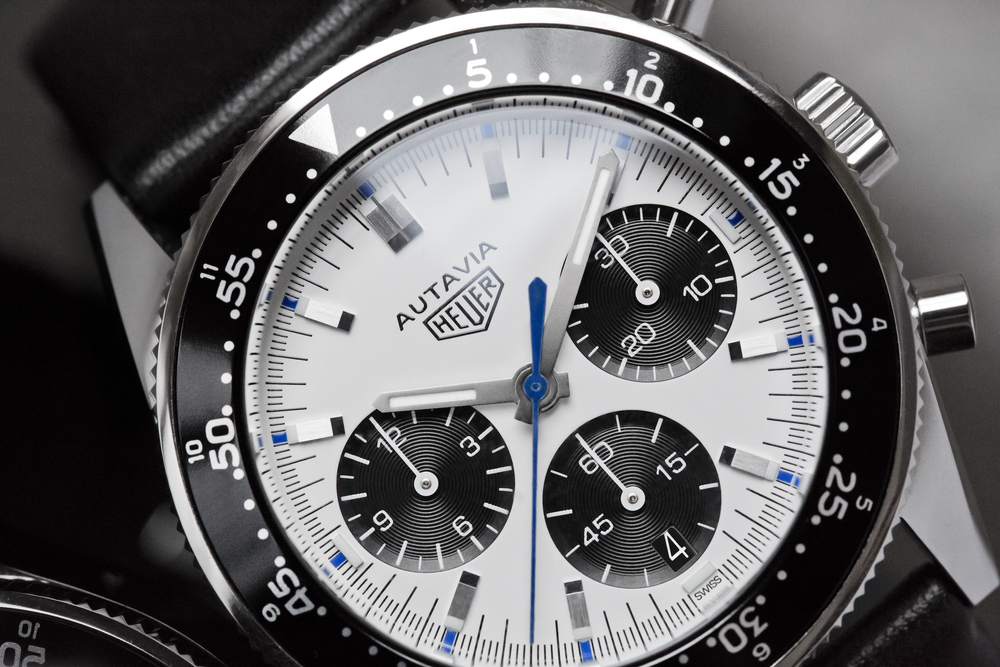 In my opinion, this is the most attractive Autavia to be reissued so far and it feels good to see TAG receiving input and working with lifelong fans to produce something both sides of the business can be proud of. While this is limited to 100 timepieces only, it does make me wonder if there are any more new Autavias we should expect to see from the brand at Baselworld next month. 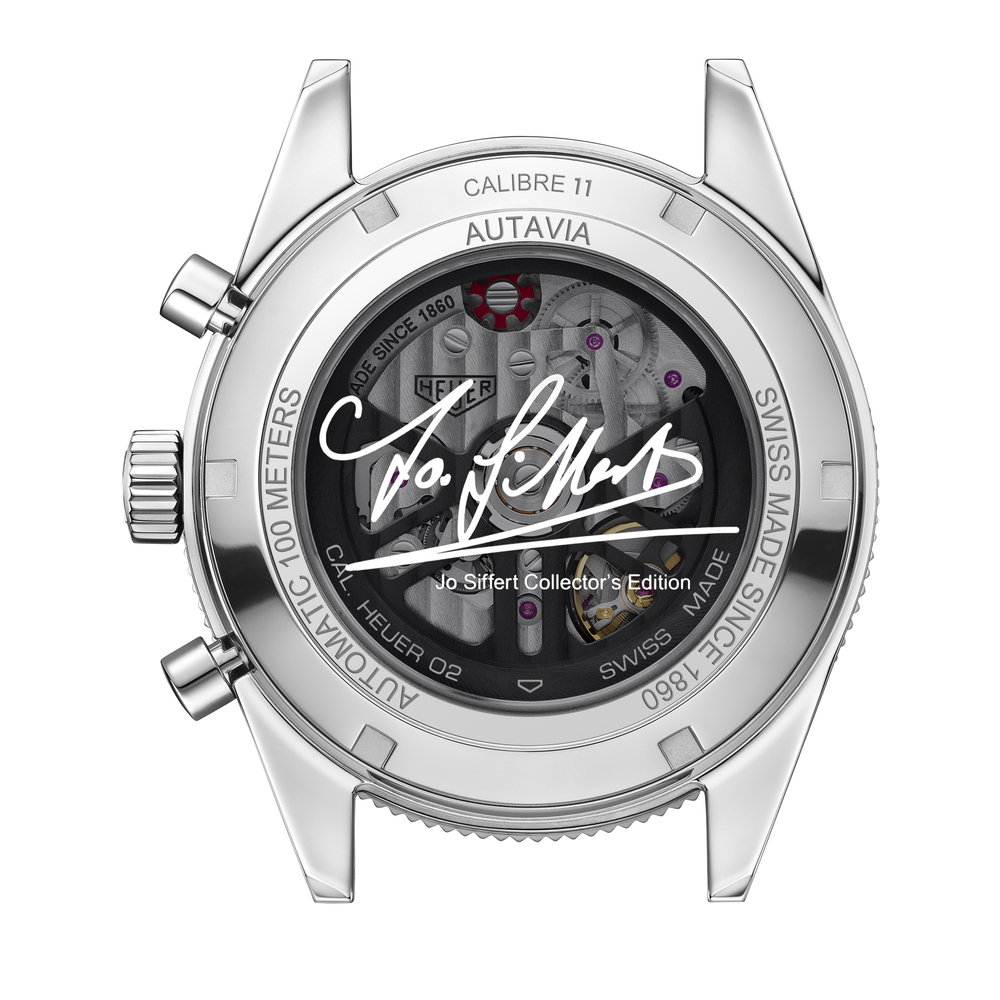