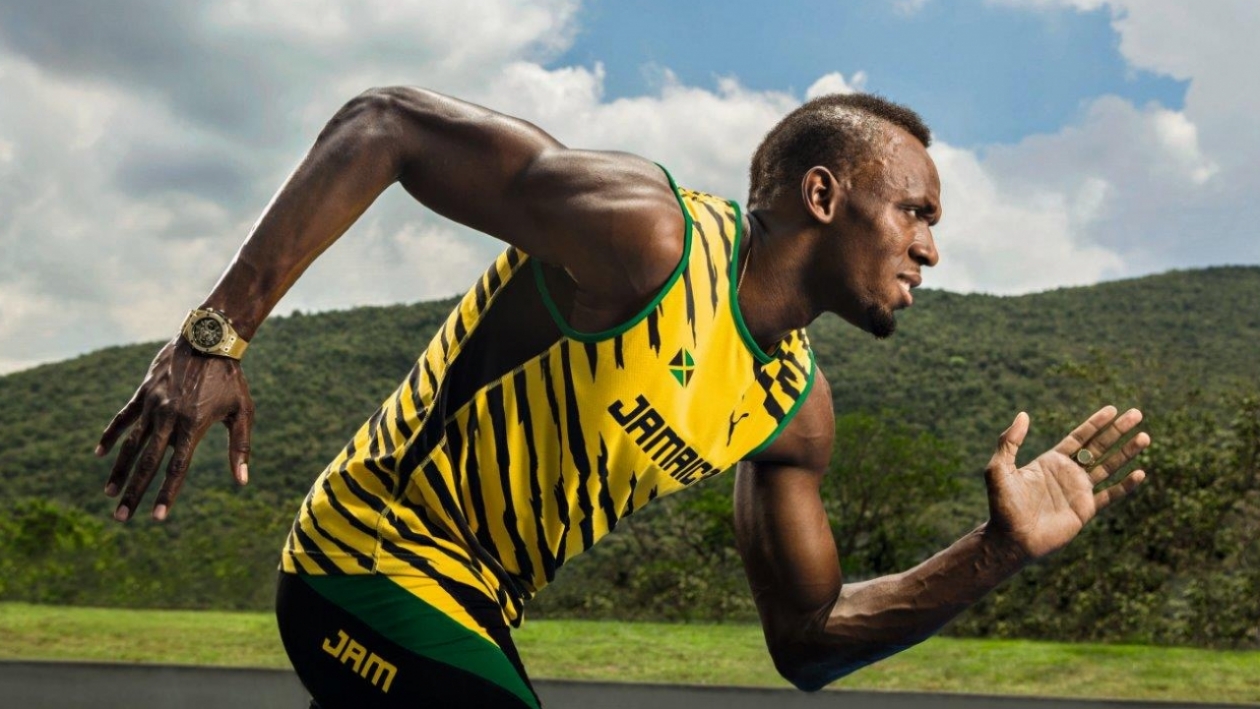 Swiss luxury watch brand congratulates the eight-time Olympian champion, Usain Bolt as he gets ready for his final set of races at the World Championships in London.

"Beyond his role as a Hublot ambassador, he is a daily inspiration for us, a role model. We will never be able to thank him enough for that." Ricardo Guadalupe CEO, Hublot

Since 2010, Swiss watch brand Hublot seems to have matched the athletes' determination to be number one, with their quest to measure time. Matching the qualities with “Lightening” Bolt himself, Hublot released the Big Bang UNICO Usain Bolt timepiece in two versions: yellow gold and all black ceramic. The watch has been designed in collaboration with Bolt who integrated his favourite colors into the timepiece: the colors of Jamaica – shades of gold and green. The strap further presents an embossed Jamaican flag. 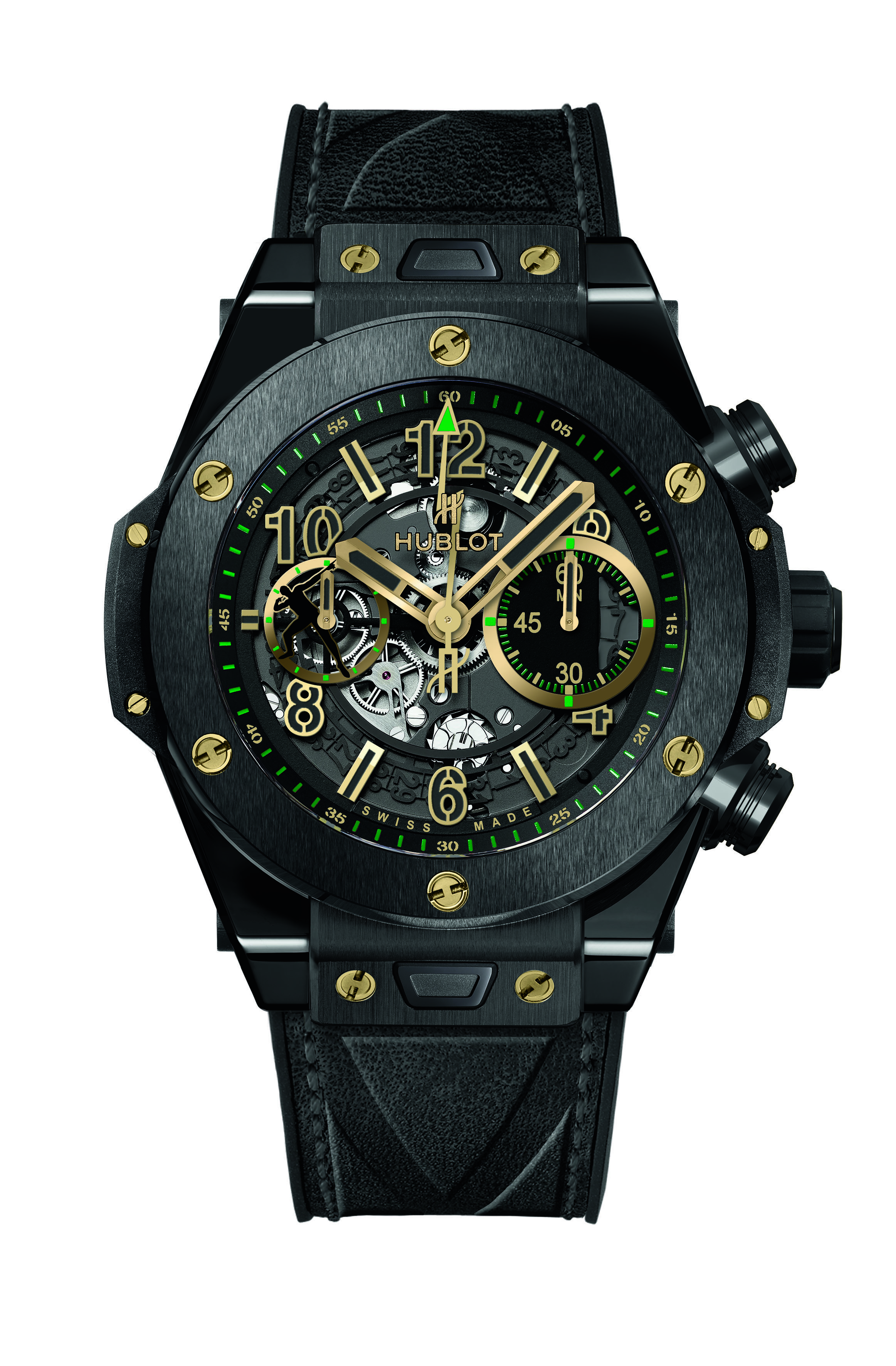 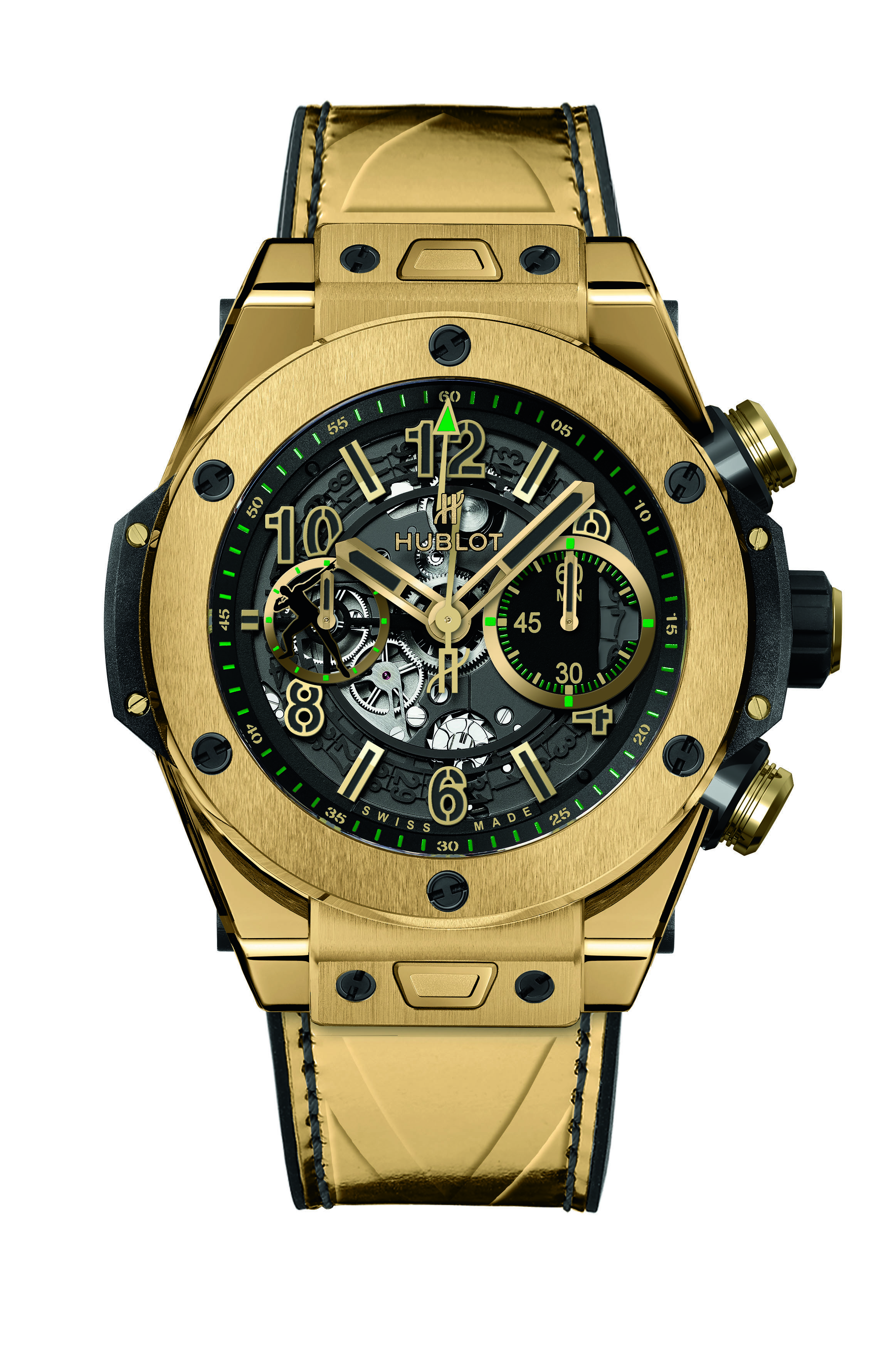 “We will always be impressed by the physical and moral values that enabled Usain Bolt to become the fastest man of all time! Beyond his role as a Hublot ambassador, he is a daily inspiration for us, a role model. We will never be able to thank him enough for that. Good luck for London, good luck for the future, Usain, and may you continue to... shine”, said Ricardo Guadalupe, CEO of Hublot.

The Big Bang UNICO Sapphire Usain Bolt ONLY watch – the sapphire rendition of the original – was designed as a special surprise for the ONLY Watch 2017 auction for the support of children suffering from Duchenne Dystrophy – of which Hublot has been a member since 2005. 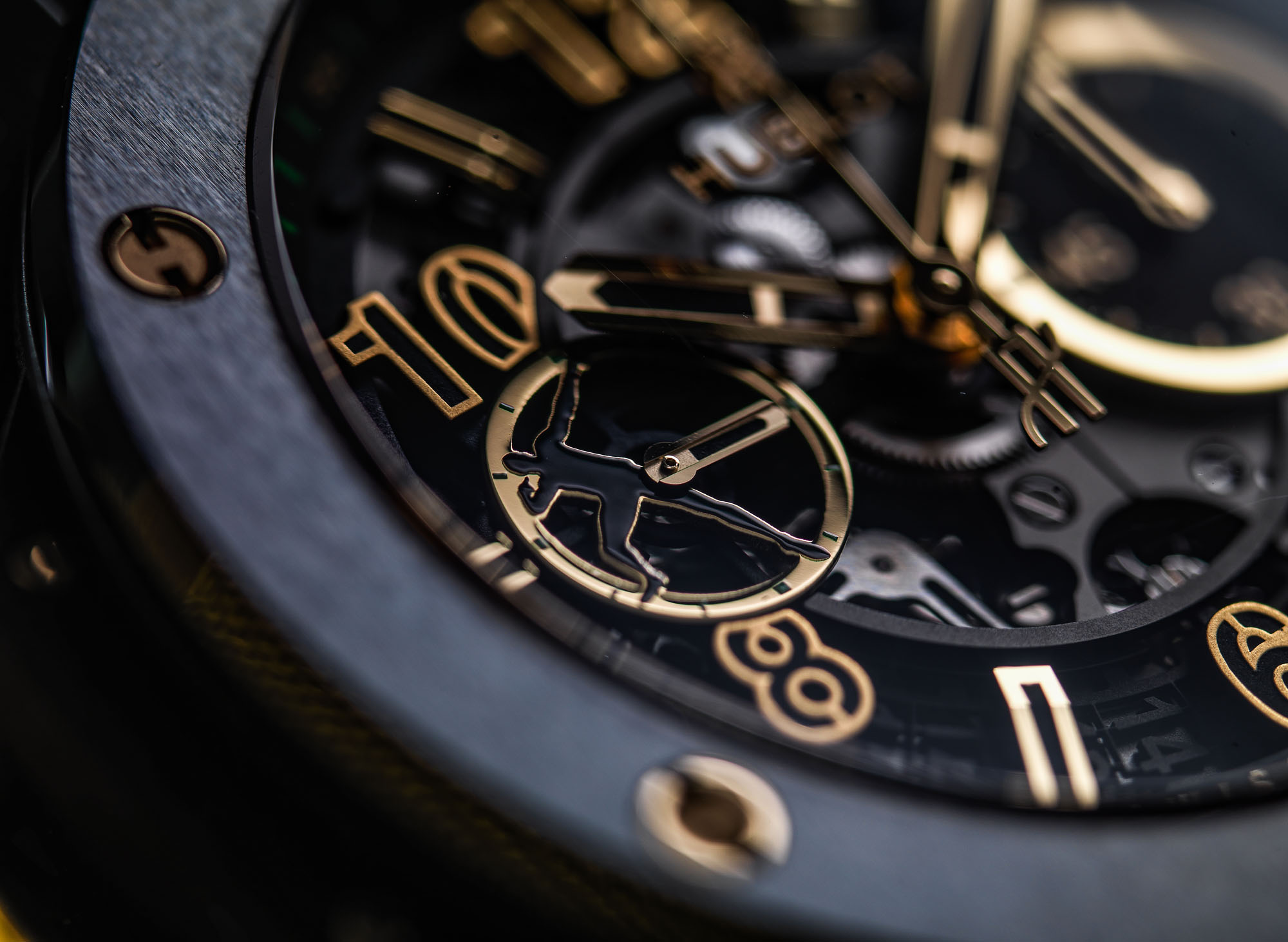 During his final two races at the London World Championship, Hublot has partnered with the world sprinting king to raise funds for Usain Bolt Foundation and the After School All Stars – charities dedicated to after-school educational programmes for disadvantaged children, in association with the Omaze digital platform. The winner of the competition for donors will be offered a trip to London, a meeting with Usain Bolt himself, and a Hublot wall clock. 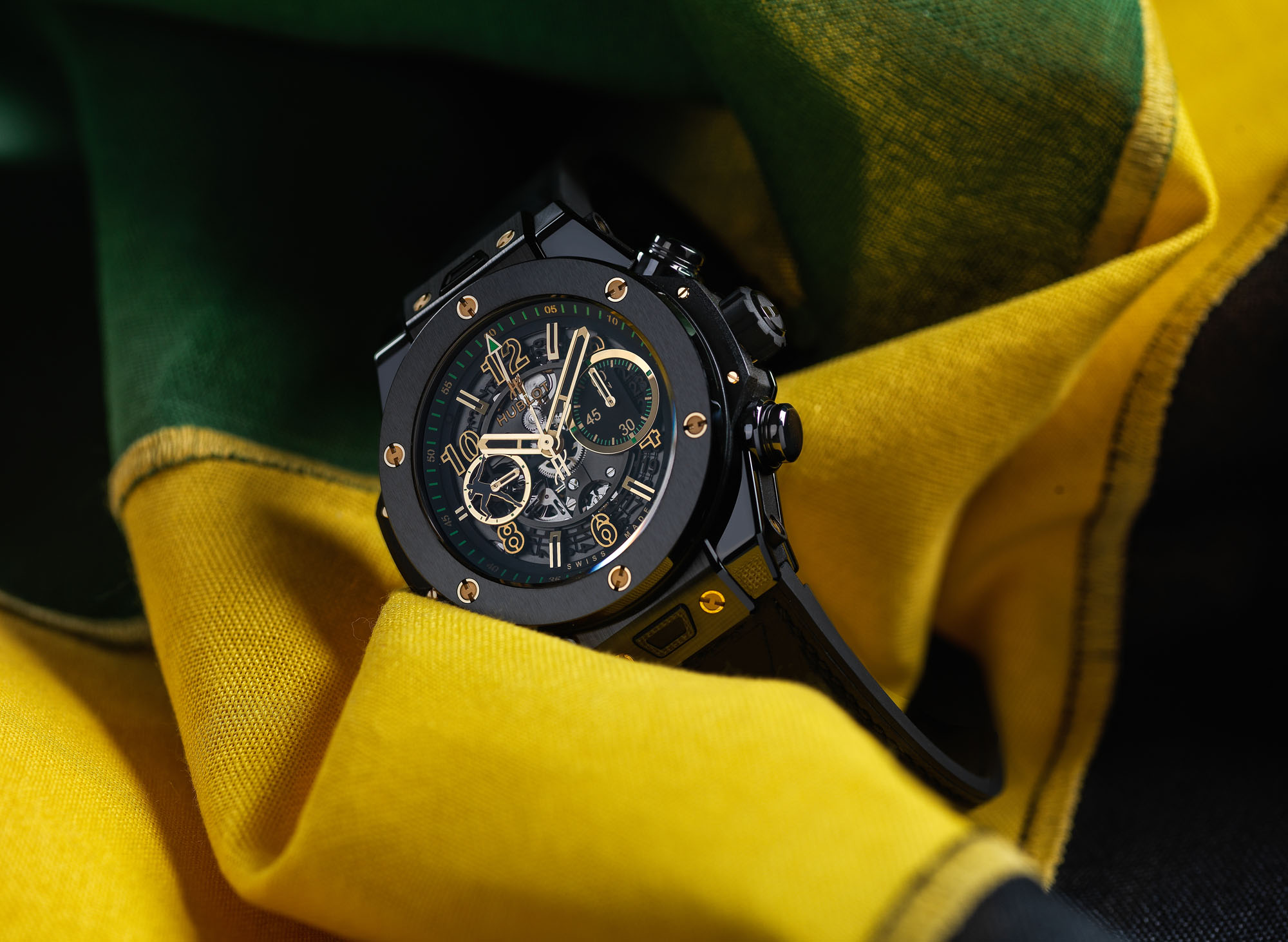