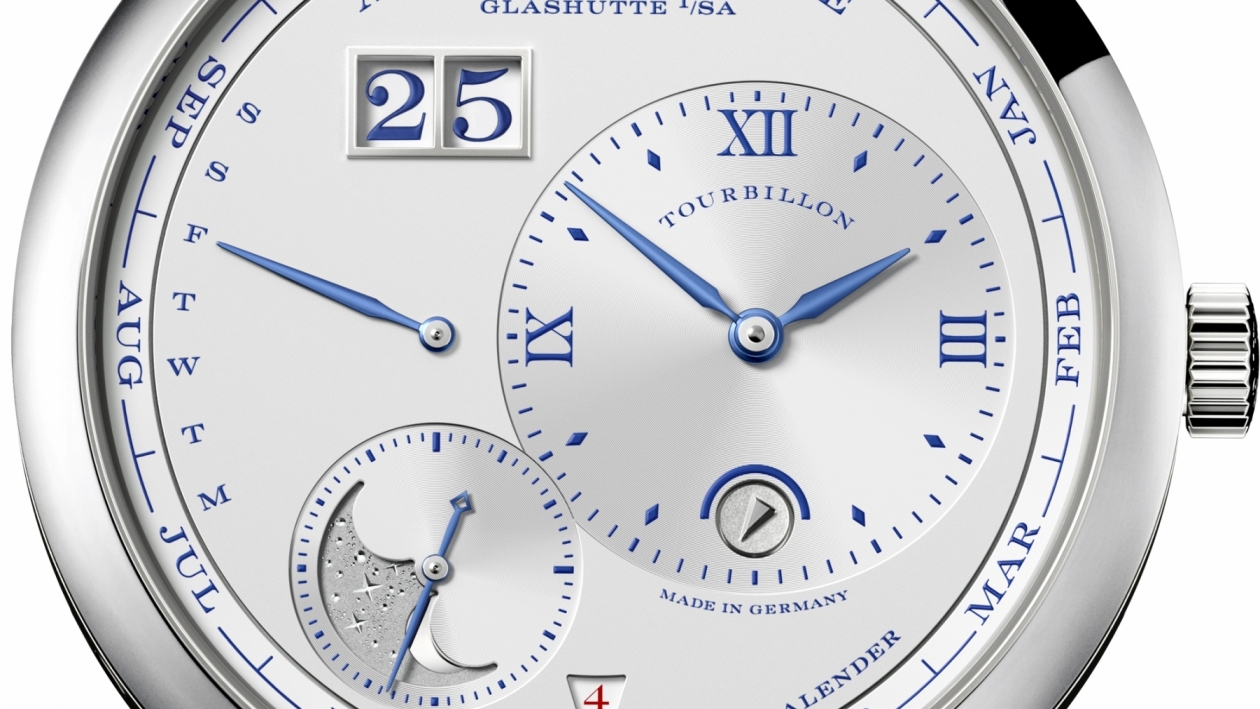 Presented first in October 1994, the Lange 1 has always been iconic to the brand's legacy. The new 41.9mm comes with a rotating peripheral ring to indicate the month – similar to how it was in the first 2012-edition of the Lange 1 Tourbillon Perpetual Calendar.

The argenté-coloured dial features blued-steel hands, an outsized-date display, and a retrograde day-of-the week display which takes the place of the power reserve indicator. The leap year is displayed in a small aperture at the 6 o'clock position, while the moonphase display can be seen through an aperture on the seconds subdial at the 7 o'clock position. 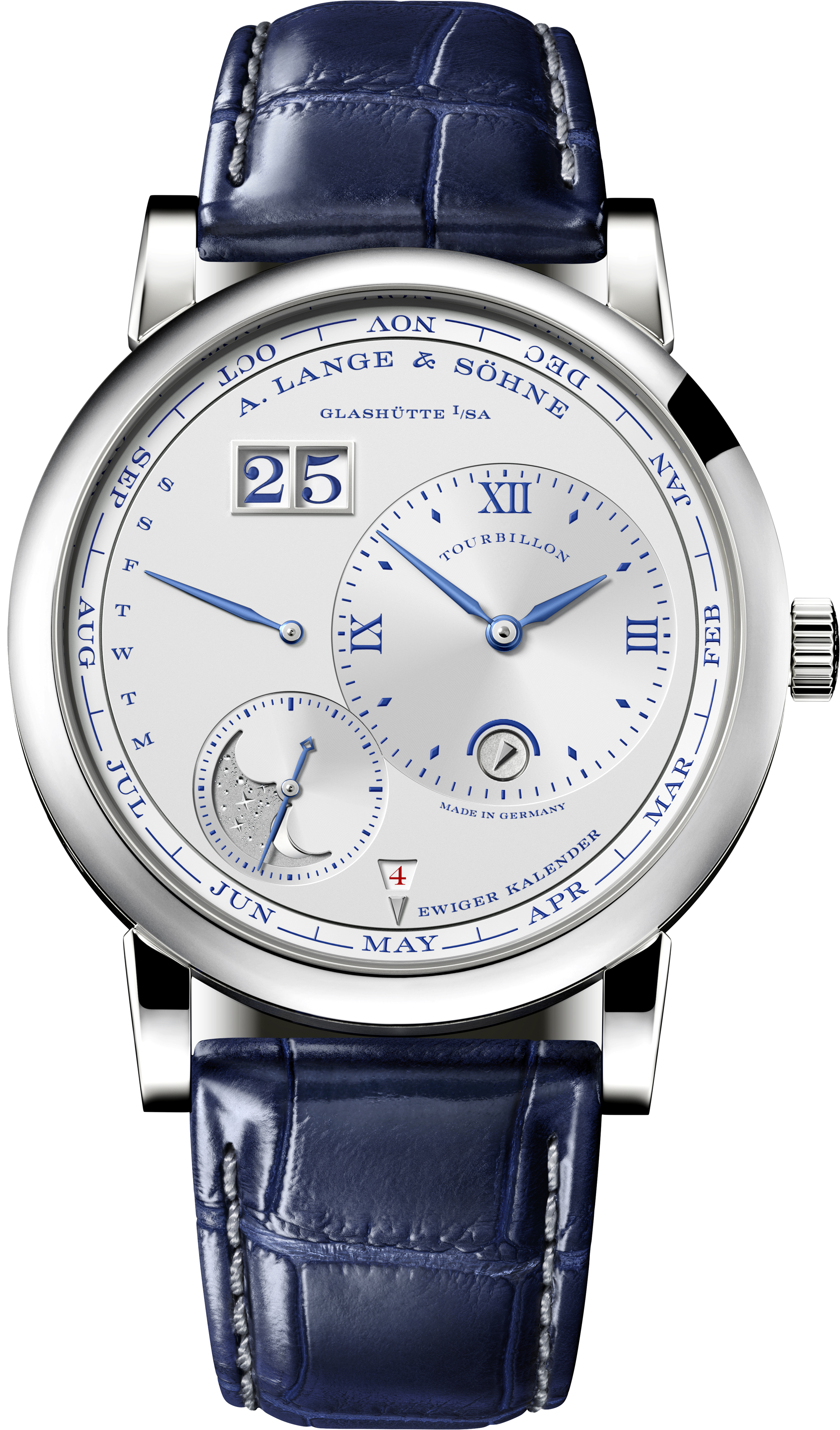 Equipped with the automatic calibre L082.1, the caseback of the 25thanniversary edition showcases an epigraph at the 12 o'clock position. The 69-part tourbillon comes with the patented stop-seconds mechanism which can be stoped at any time by pulling the crown. The tourbillon cock also comes with a blue engraving of the number 25. This symbolises not only the anniversary, but also points to the fact when the date displays of the debut watches were set to the 25thon the 24thOctober, 1994, so they would be current when showcased in the following day's newspapers. 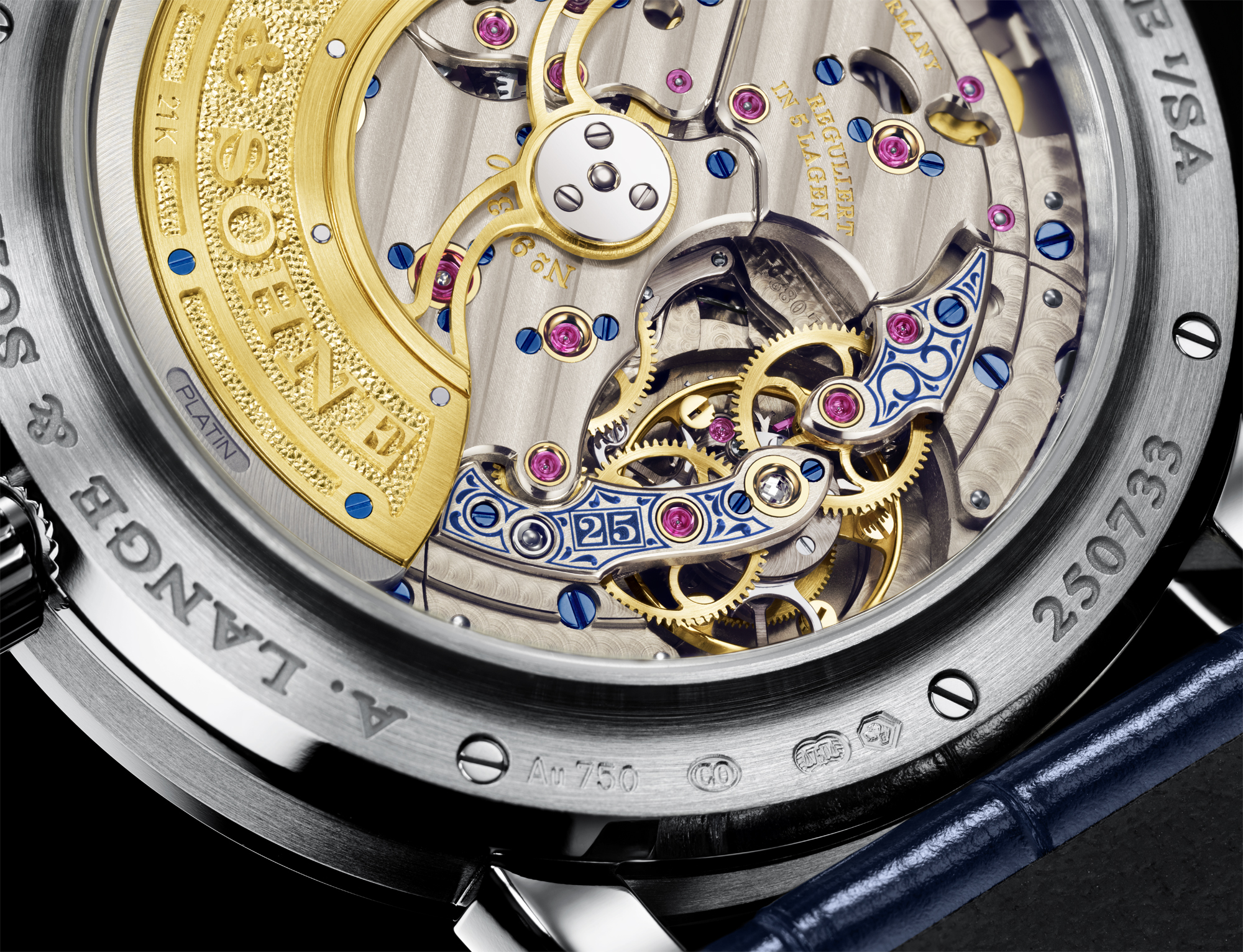 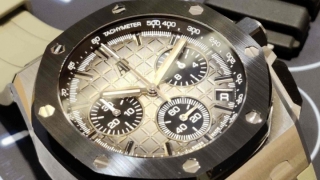