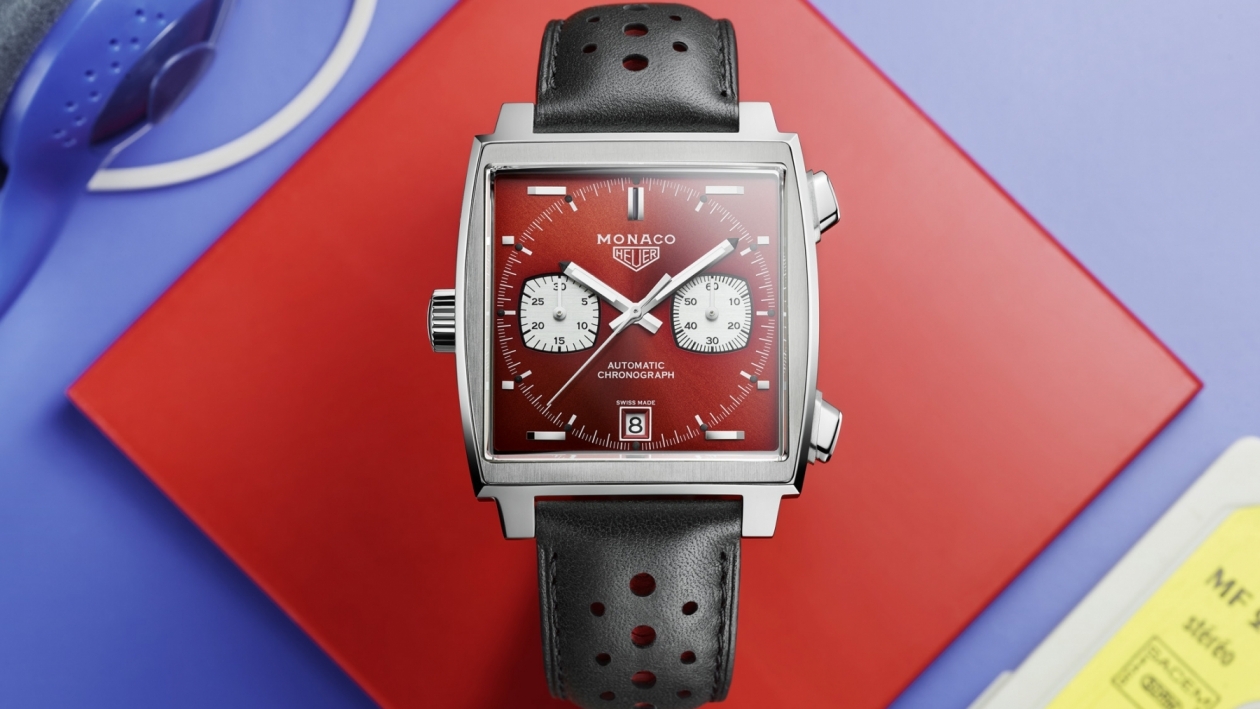 TAG Heuer launches the second of their anniversary series for the Monaco, this time inspired by the 80's.

How else do you celebrate 50 years of the Monaco than with five different timepieces? After the launch of the first 70's-inspired series in May at the Monaco Grand Prix, TAG Heuer recently launched the second limited edition, this time inspired by the 80's. Presenting the fiery red Monaco special edition. 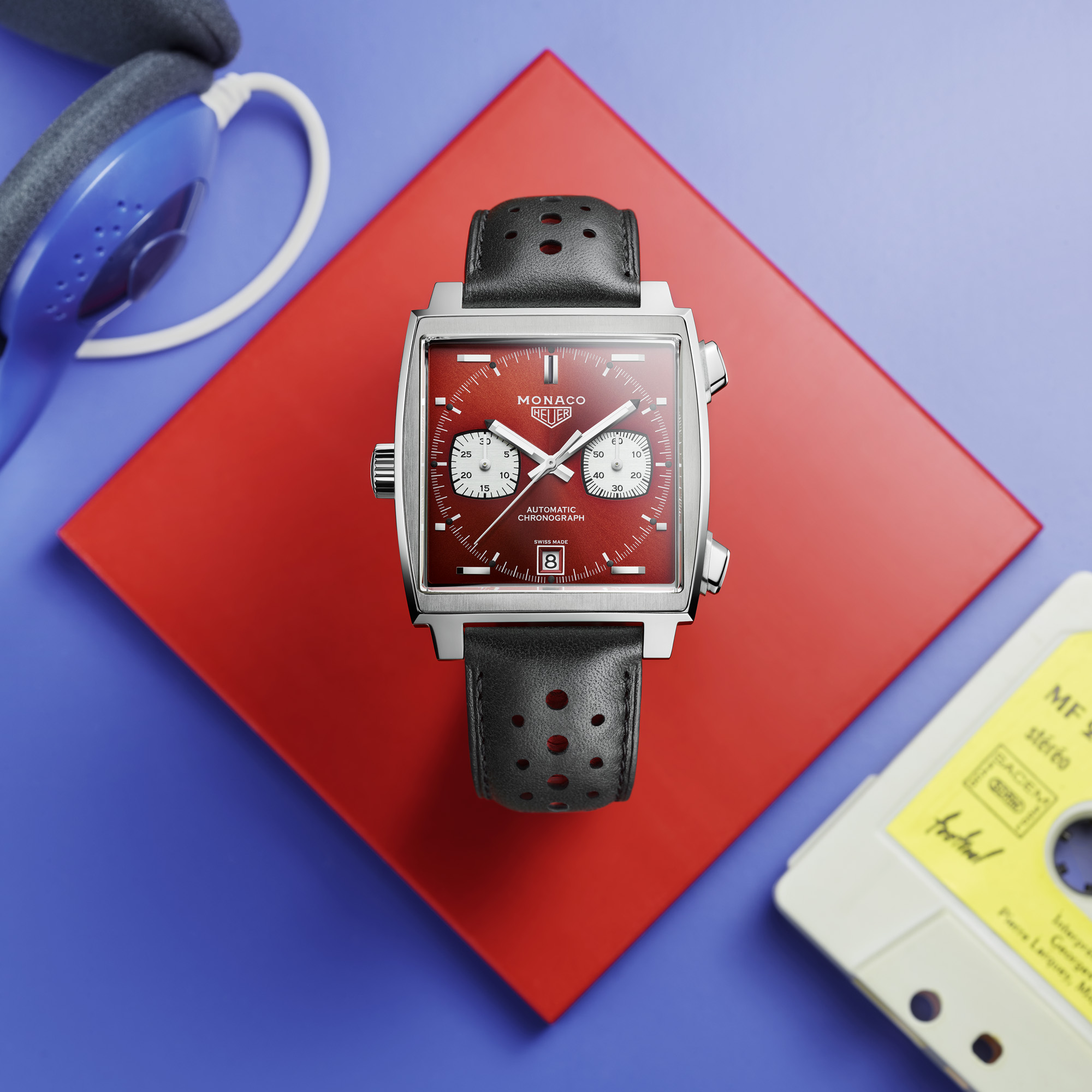 Limited to 169 pieces, the new Monaco was launched in Le Mans, France at the setting for the 1971 film Le Mans, in which the watch debuted on screen for the first time on Steve McQueen's wrist. The celebration saw the attendance of his son, Chad McQueen, five-time winner of Le Mans and driver in the movie Le Mans, Derek Bell; actor, race car driver and brand ambassador Patrick Dempsey; and race car driver, Formula E Champion 2017–18 and brand ambassador Jean-Éric Vergne. Featuring a hot red sunray dial, the stainless-steel model comes with the iconic square case and two rhodium-plated subdials with curved edges. The dial features black and white accents complementing the black-tipped hour and minute hands. The caseback of the 1980's inspired watch is engraved with the “Monaco Heuer” logo and “1979 – 1989 Special edition” along with the number of the edition. The case houses the signature calibre 11. 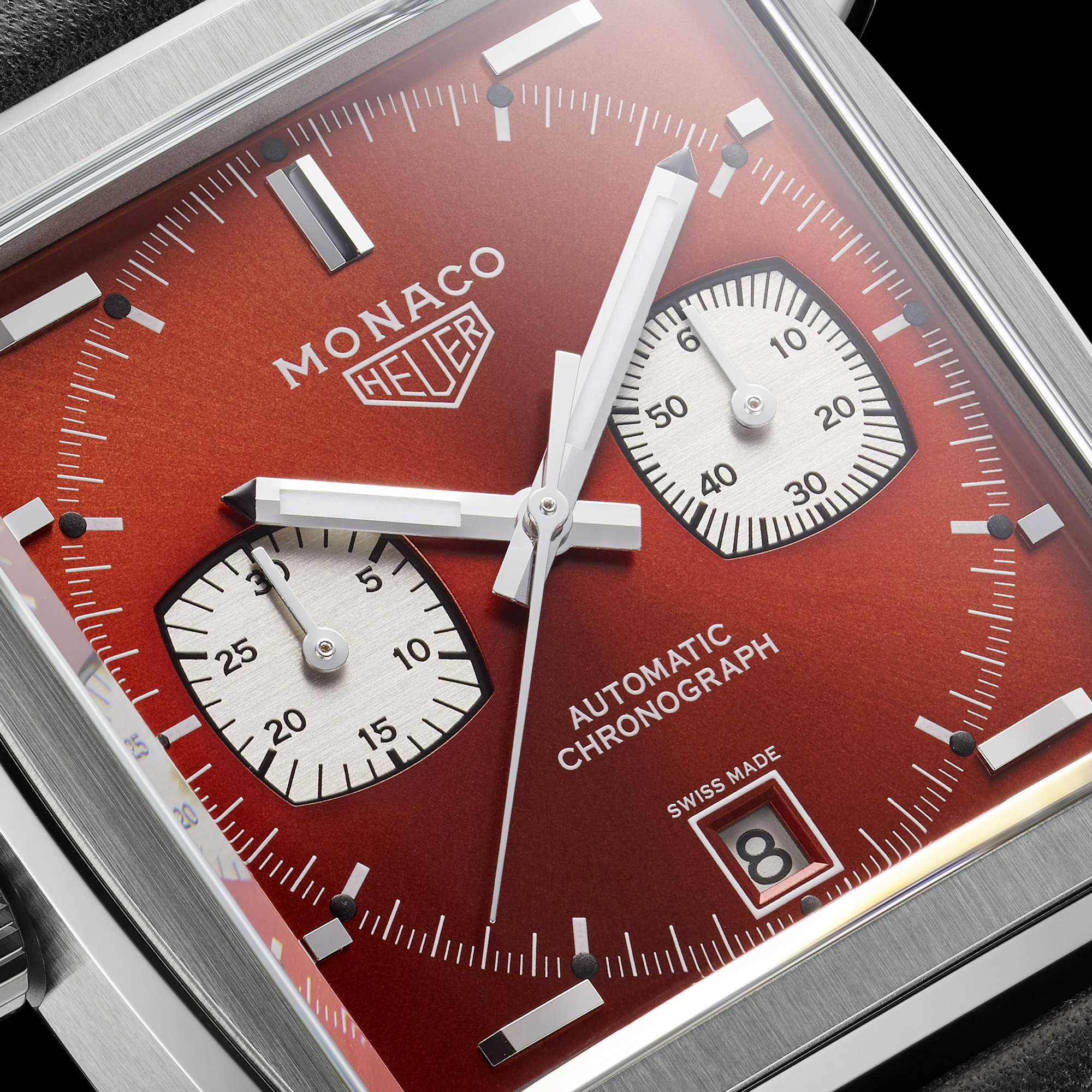 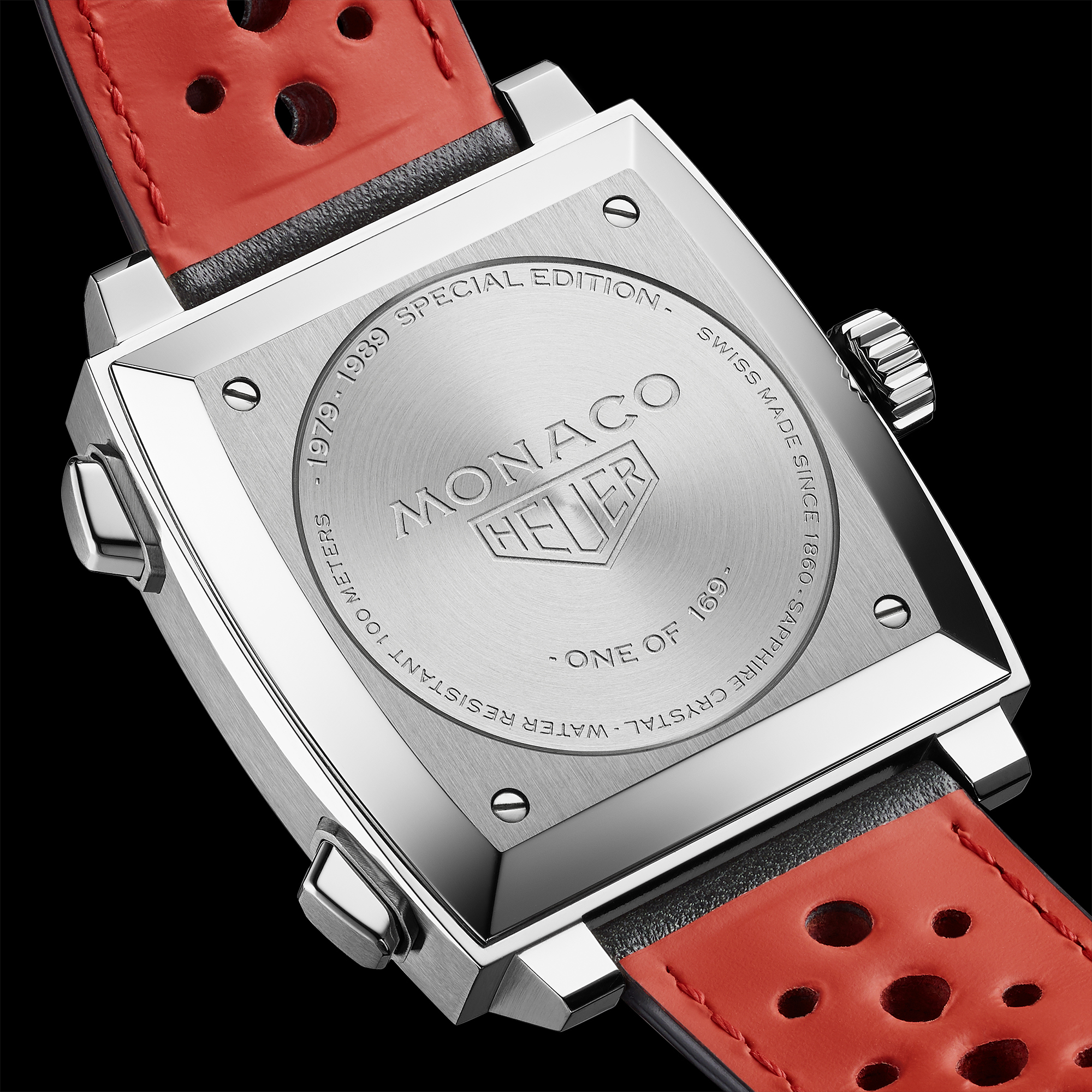