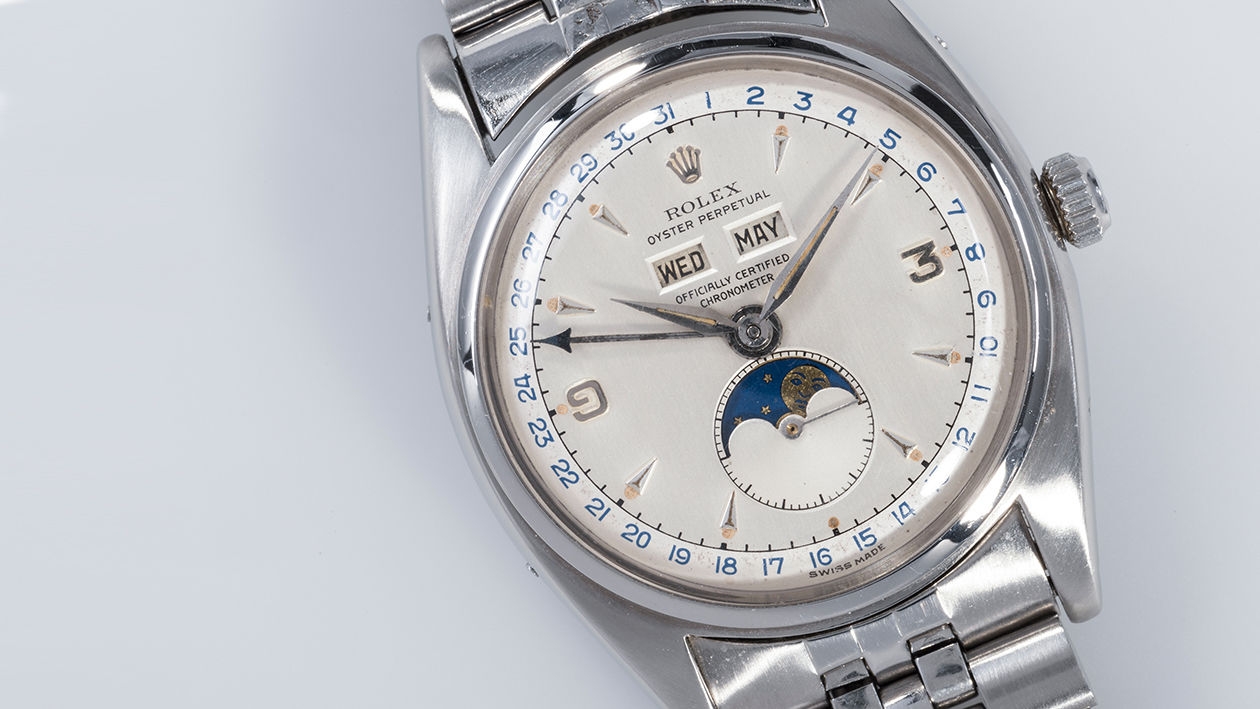 Phillips in association with Bacs & Russo announced the onset of the Geneva Watch Auction 'FIVE' - a double-evening sale scheduled to take place during the weekend of 13th and 14th May at the Hôtel la Réserve - with an iconic selection of Rolex timepieces.

With multiple, first-of-its kind themed sales to its name, including the “Rolex Milestones” sale from November 2016, the Geneva Watch Auction: FIVE will be led by one of the world's most valuable and historic wristwatch remaining in private hands: The BAO DAI, Reference 6062. Read on to know more about the timepieces going on display during the double-weekend sale:

Deemed as the most complicated and iconic Oyster-cased model created by the brand, the timepiece features day, date, month, and moonphase indications. It is known to be one of only three black dials known to exist, with diamond markers, which makes the timepiece truly unique, and was the possession of His Majesty Bao Dai, the last emperor of Vietnam. 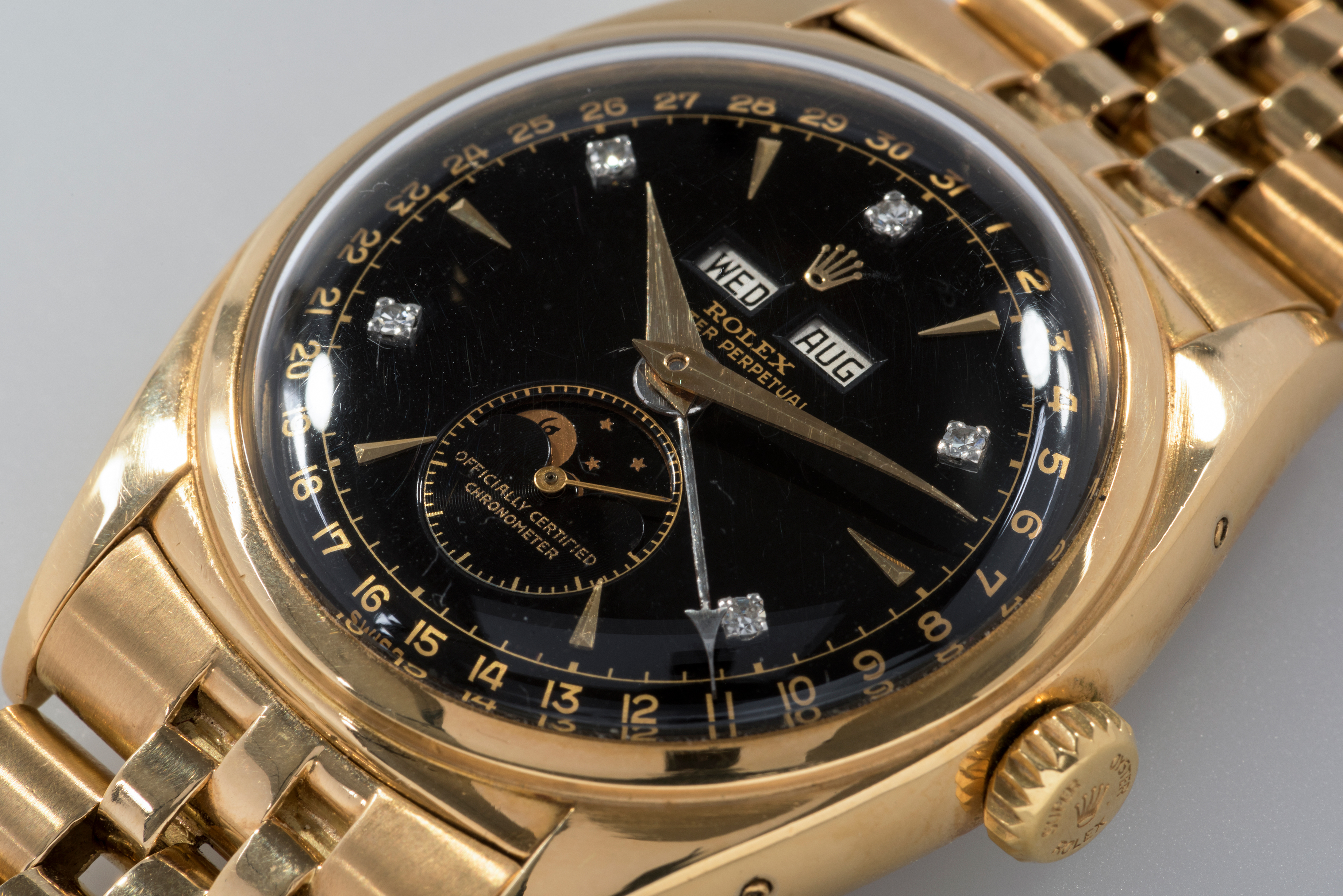 Estimate: in excess of US $1.5 million

The third known yellow gold “Paul Newman” Daytona with screw down pushers ever to appear on the market, The Legend is deemed as an exceptionally rare variant of collection. Featuring a creamy lemon-colored dial and white subsidiary register graphics, it is considered to be the most valuable gold Rolex Daytona variant. 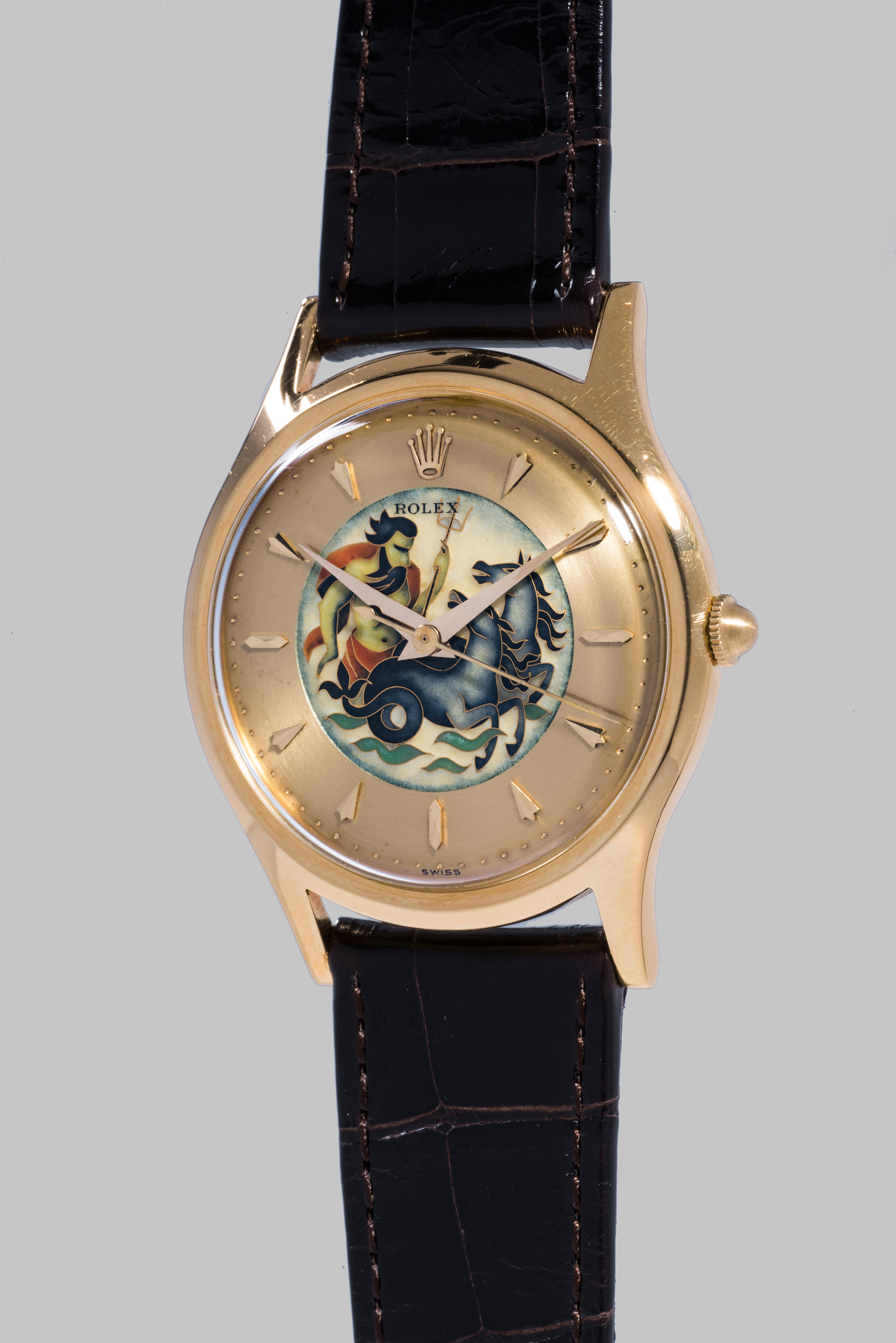 Produced in 1953, the stainless steel triple calendar Rolex wristwatch with a two-tone dial, moonphase and bracelet, is one of the most impressive stainless steel timepieces to survive in its original condition, today. 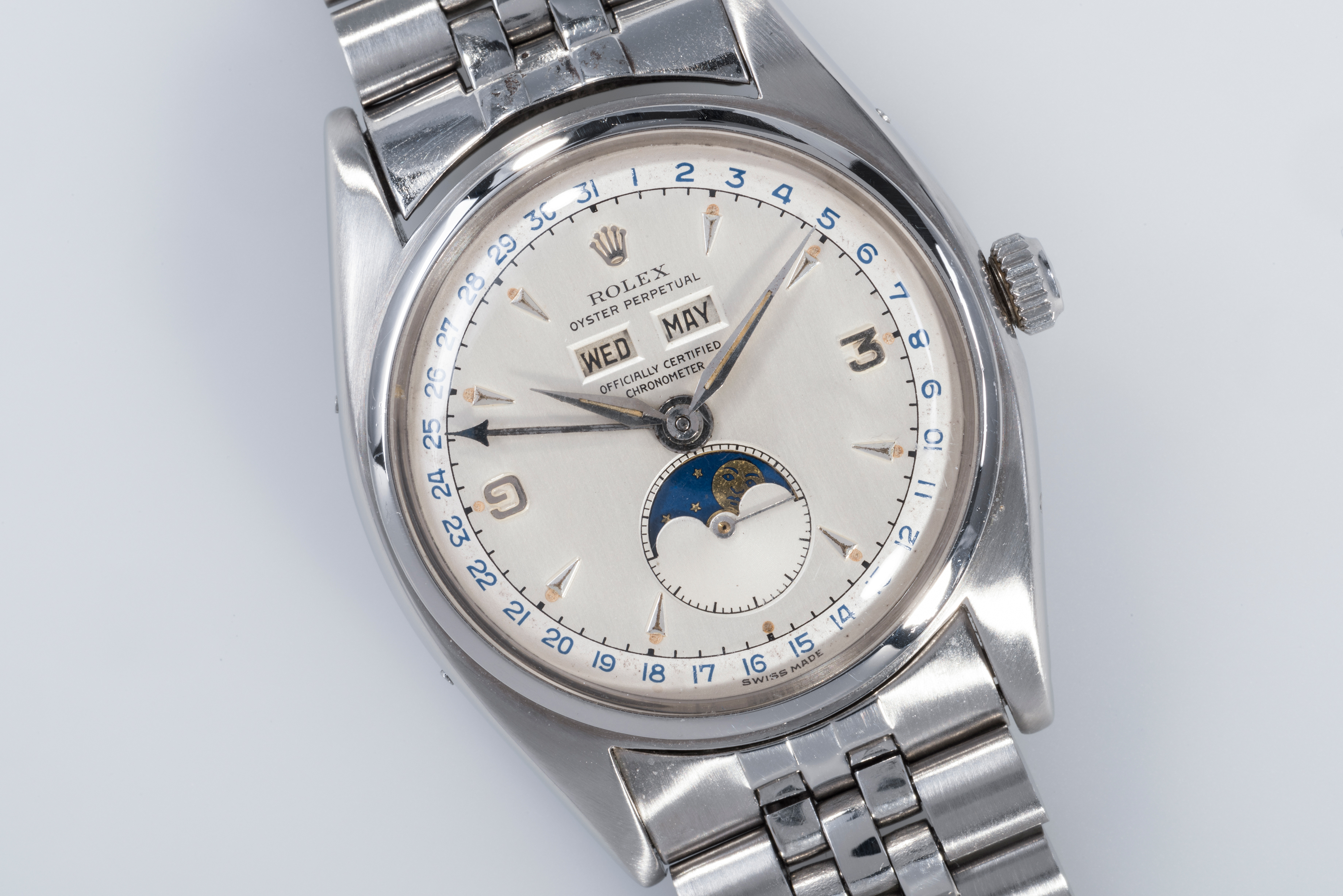 Known as the “John Player Special”, the unique 14k yellow-gold Rolex chronograph wristwatch, is one of the most beautiful examples of reference 6241 to ever appear in the public eye. 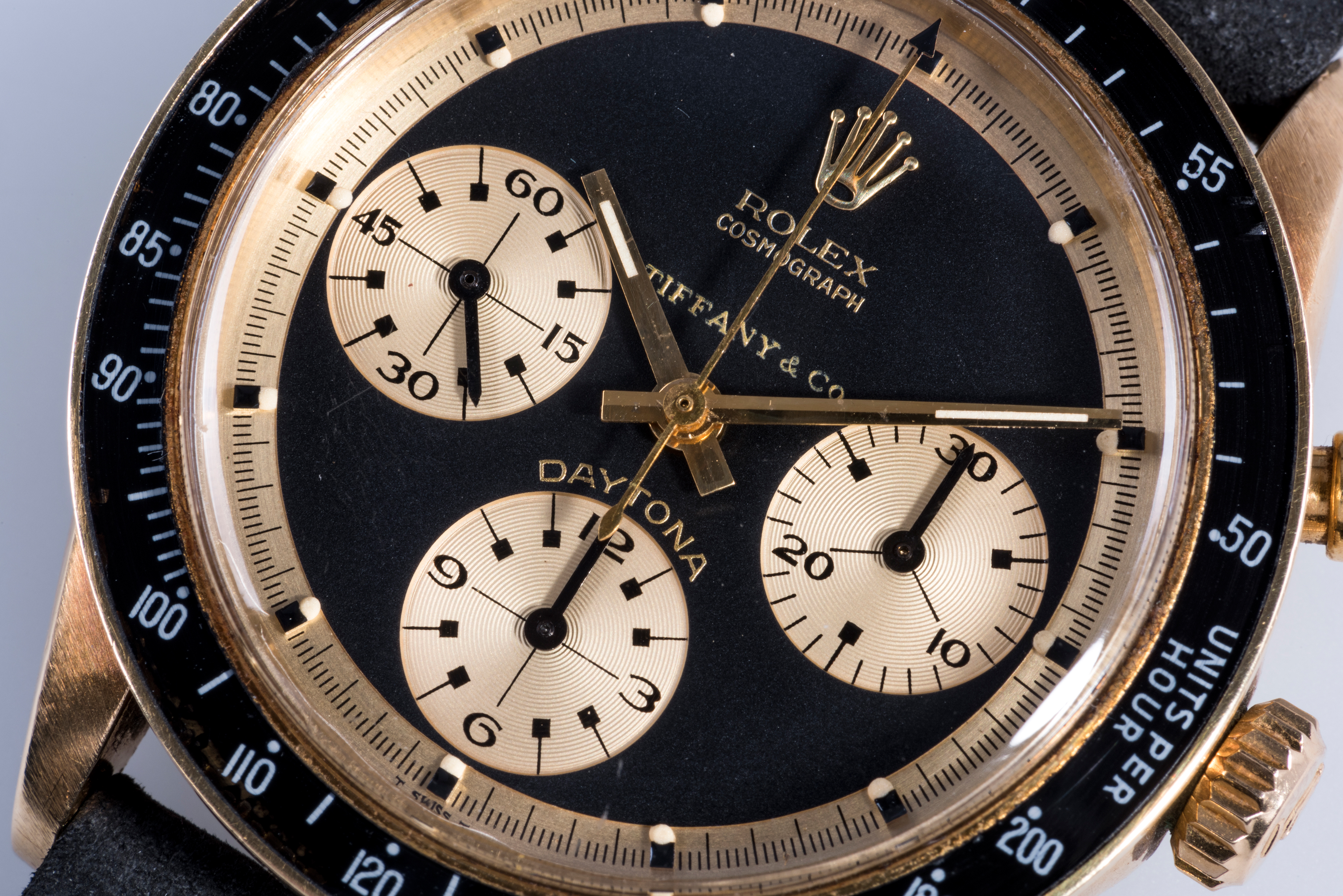 The only known example of the Rolex Cosmograph Daytona in yellow-gold to feature His Majesty Sultan Qaboos bin Said al Saided of Oman's signature in red, on the dial. 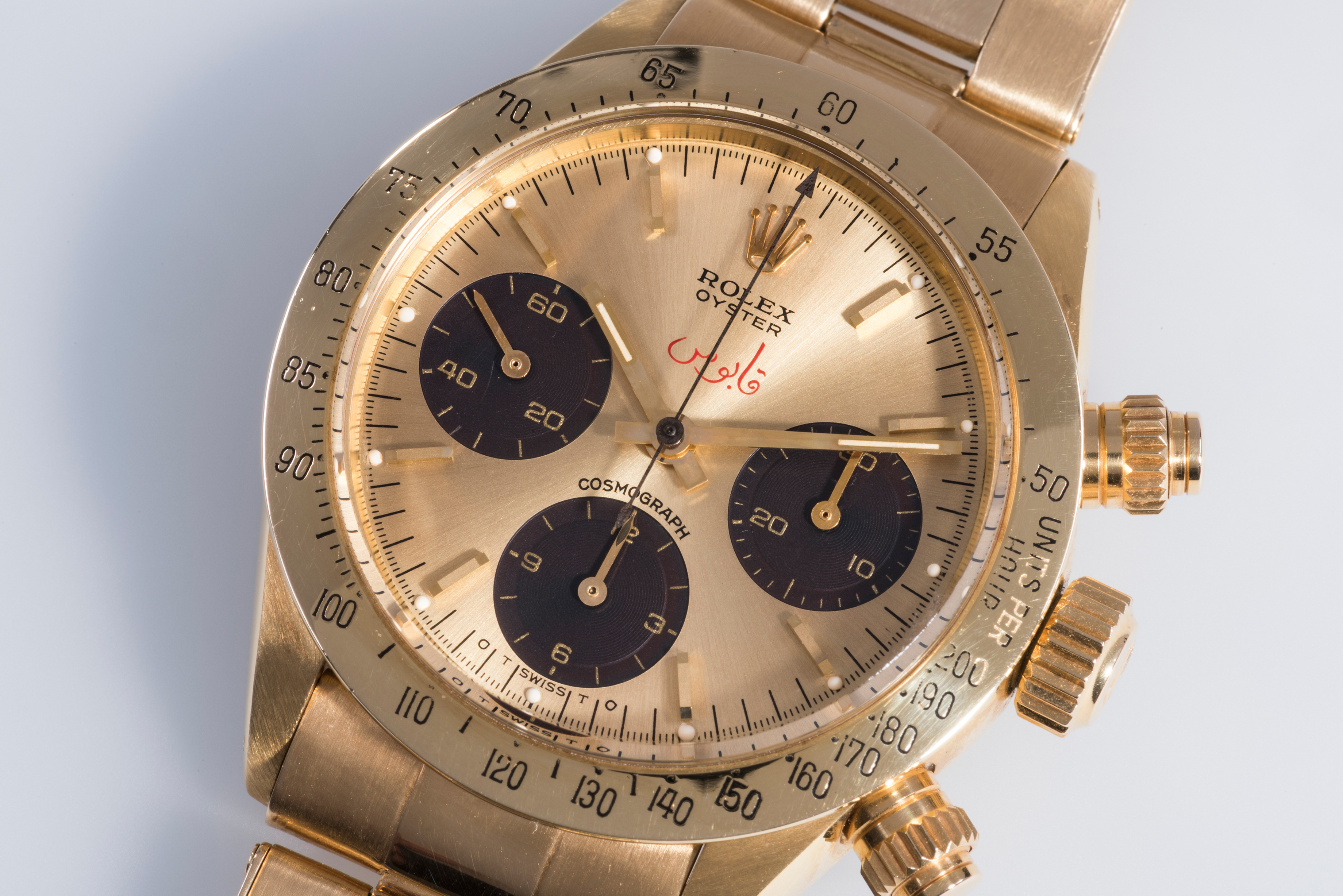 Only the second-known example of the 14k yellow-gold Rolex chronograph wristwatch with a black galvanic dial and bracelet, the “sports watch” features golden graphics which shimmers with subtle tones throughout. 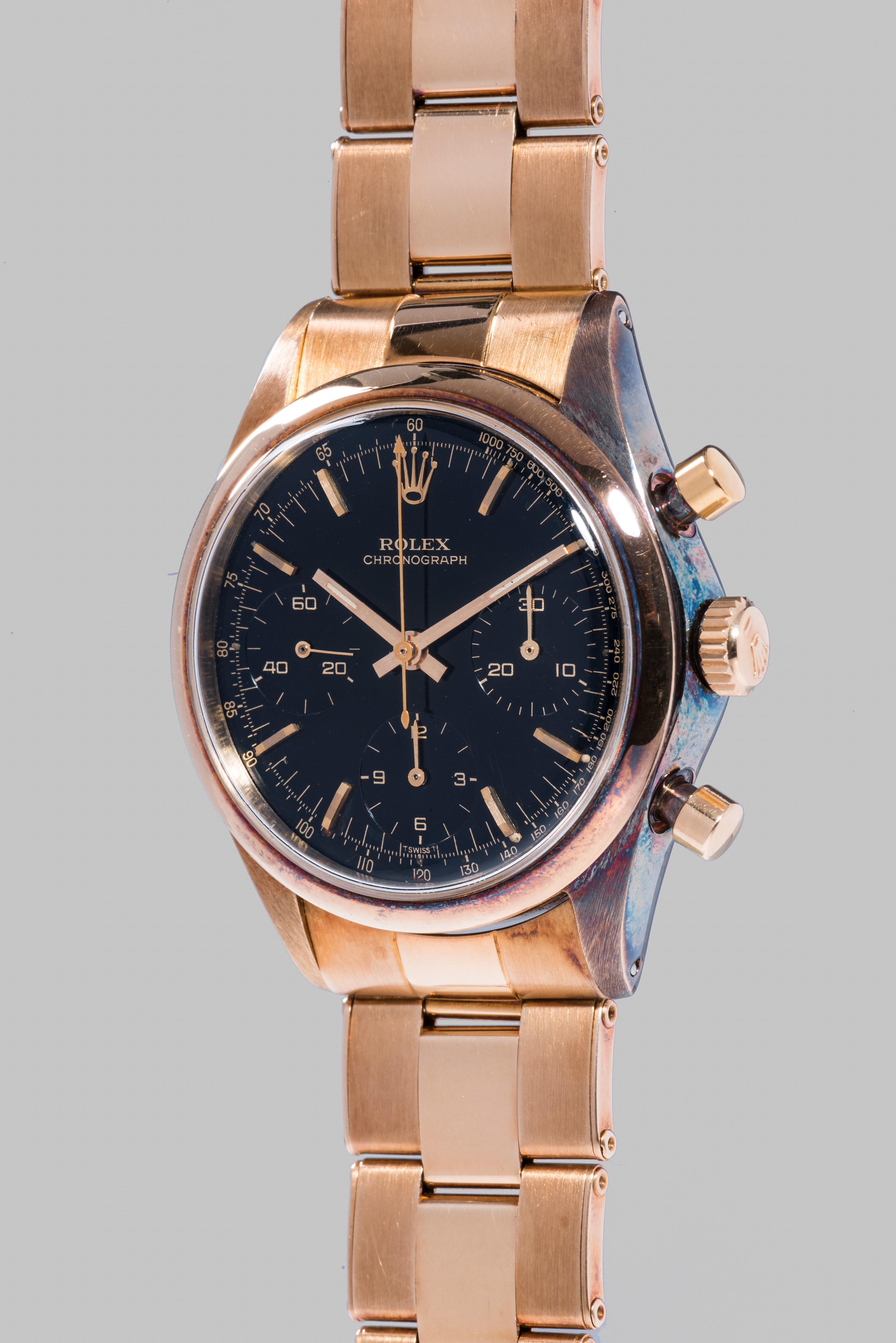