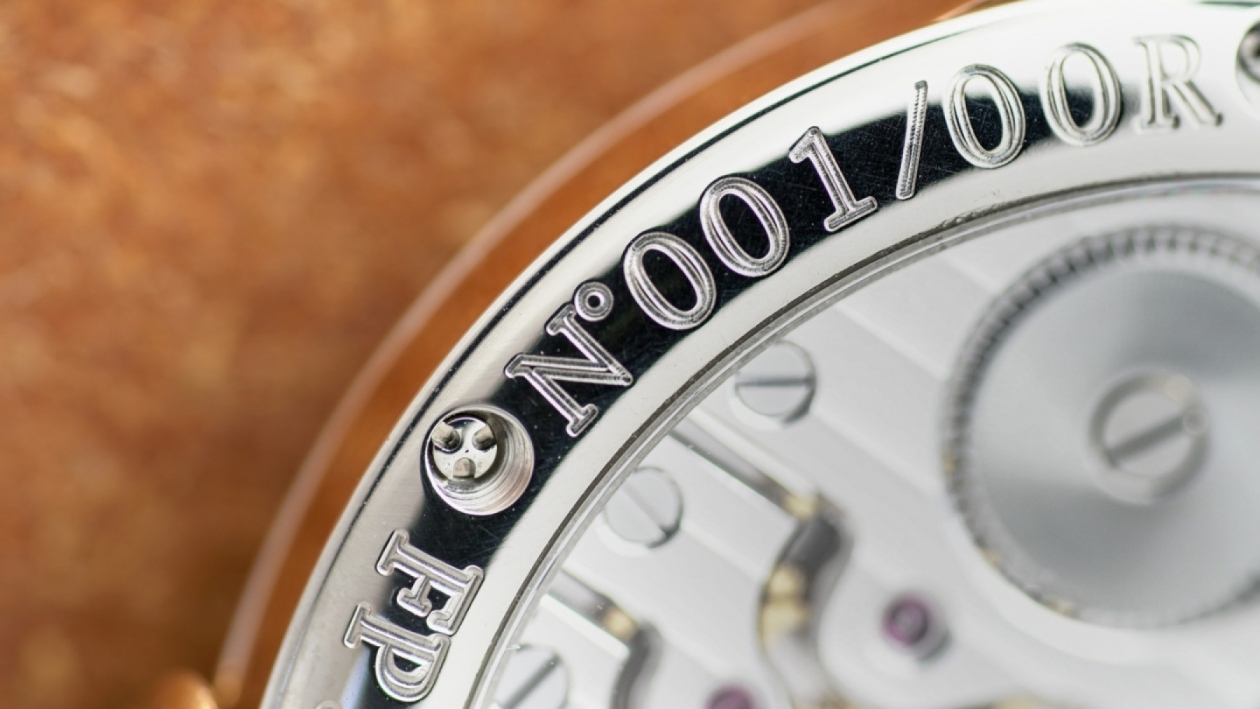 Phillips in Association with Bacs and Russo brings for the first time the complete set of five F. P. Journe 'Souscription' Watches, N°1 in Each Series to be auctioned off in The Geneva Watch Auction: XIV this November.

What if I tell you that the N°1 in each series of a complete set of F.P Journe 'Souscription' watches are hitting the auction block for the very first time, in The Geneva Watch Auction: XIV in November 2021? Is that something you would be interested in?

Phillips, in Association with Bacs & Russo,has announced exactly this -- the first time that the only known full set of the original five 'Souscription' watches from F.P. Journe is available for auction. These timepieces are not just sourced from the original owner but also feature serial number 1 in each series making the set incredibly rare, special, and more importantly historically relevant.

What is so special about these watches?

The year was 1999 when François-Paul Journe set out to create his eponymous brand after spending years restoring antique clocks and watches. Before he could plunge into the journey of starting his own brand, Journe created 20 tourbillon wristwatches with remontoir d’égalité. The sale of these watches through a subscription system, whereby the future owners would pay part of the price upfront, to his existing clientele would ensure financial stability in the days to come.

The same system of subscription was used for the Chronomètre à Résonance that was launched a year later. The owners of the tourbillon were also offered the option to buy the Résonance bearing the same number as their tourbillon. However, contrary to the tourbillon, the limited-edition number was not indicated on the dial. In the same way, the first 20 models made in the Octa collection that included the Octa Réserve de Marche, Octa Chronographe, and Octa Calendrier were reserved for the owners of the first tourbillon and the Résonance 'Souscription' series. This series later came to known as the 'Souscription' pieces by Journe, which will now be going under the hammer.

“ François-Paul Journe is certainly one of the most talented watchmakers of his generation, not only aiming to better the works of the great watchmakers of the 18th century but also inventing ingenious new solutions. In the past few years, his creations have gained incredible traction and now compete with auction behemoths. The word 'historic' may have been overused but we cannot find a better term to describe the Souscription Set n°1. These five watches are not only the foundation of Journe’s brand but whose historical importance and relevance as number 1 cannot be underlined enough. It is humbling to hold the Tourbillon n°1 in one’s hand and to think it was the very first watch Journe made to launch his brand. The rest, as they say, is history,” say Aurel Bacs, Senior Consultant Bacs & Russo, and Alexandre Ghotbi, Head of Watches, Continental Europe and Middle East.

The original five 'Souscription' Journe watch feature the signature marks of early F.P. Journe models like a 38mm case diameter and a brass movement. The series includes the following watches:

One of the earliest timepieces created by Journe, the Tourbillon à Remontoir d’Égalité (Platinum) takes the tourbillon that was invented by Abraham-Louis Breguet and puts it into a wristwatch. During this process, Journe added a remontoir system that resulted in greater accuracy and amplitude for the watch.

Launched in 2000, the Résonance is clearly one of the most iconic contemporary watches created by Journe. It is a timepiece that was inspired by the great 18th century watchmaker Antide Janvier. With this timepiece, Journe took the resonance phenomenon and included it in a wristwatch. This technical feat was achieved with the help of a movement that is composed of two independent balances, which in motion create a resonance effect that beats in opposite direction providing greater accuracy.

The Octa collection was one of the most challenging developmental project taken up by Journe. His first automatic movement creation offered challenges not only in the development of the chronometry and timekeeping, but also in regard to the day-to-day comfort. The resolution he found to this problem was the creation of a caliber that clocked in a eight-day power-reserve that had the bandwidth to incorporate future complications. The collection includes the Octa Réserve de Marche (Estimated price CHF 50,000-100,000), the Octa Chronographe (Estimated price CHF 100,000-200,000), and the Octa Calendrier (Estimated price CHF 80,000-160,000).

All timepieces from the Journe Souscription N°1 watches will be offered individually in the The Geneva Watch Auction: XIV in Novemeber 2021. The watches will be exhibited for the first time on Friday, June 11, from 11:00 am to 5:00 pm EST at Maison F.P.Journe Miami.