We test the legendary Mille Miglia chronograph, which is powered for the first time by a Chopard manufacture calibre. Written by Martina Richter. Photos By Ok-Photography/©Istockphoto/Marco Marchi And Maciej Noskowski.

The Mille Miglia ranks among Chopard's most popular watch collections and owes its existence to co-president Karl-Friedrich Scheufele's enthusiasm for classic race cars and sporting achievements. The Swiss brand has accompanied the famous annual event for classic motorcars as its official timekeeper and a partner since 1988 and has released a new limited-edition Mille Miglia watch collection each year. The Mille Miglia 2016 XL Race Edition premiered in a limited series of 1,000 stainless-steel models and 100 watches with rose-gold cases.

All of these timepieces share one important detail: For the first time, each watch encases a selfwinding manufacture chronograph movement. Calibre 03.05-C replaces the ETA movements that had been used in the past. It simultaneously makes a long-cherished wish come true for Chopard: to gradually achieve independence from calibres provided by third-party suppliers. 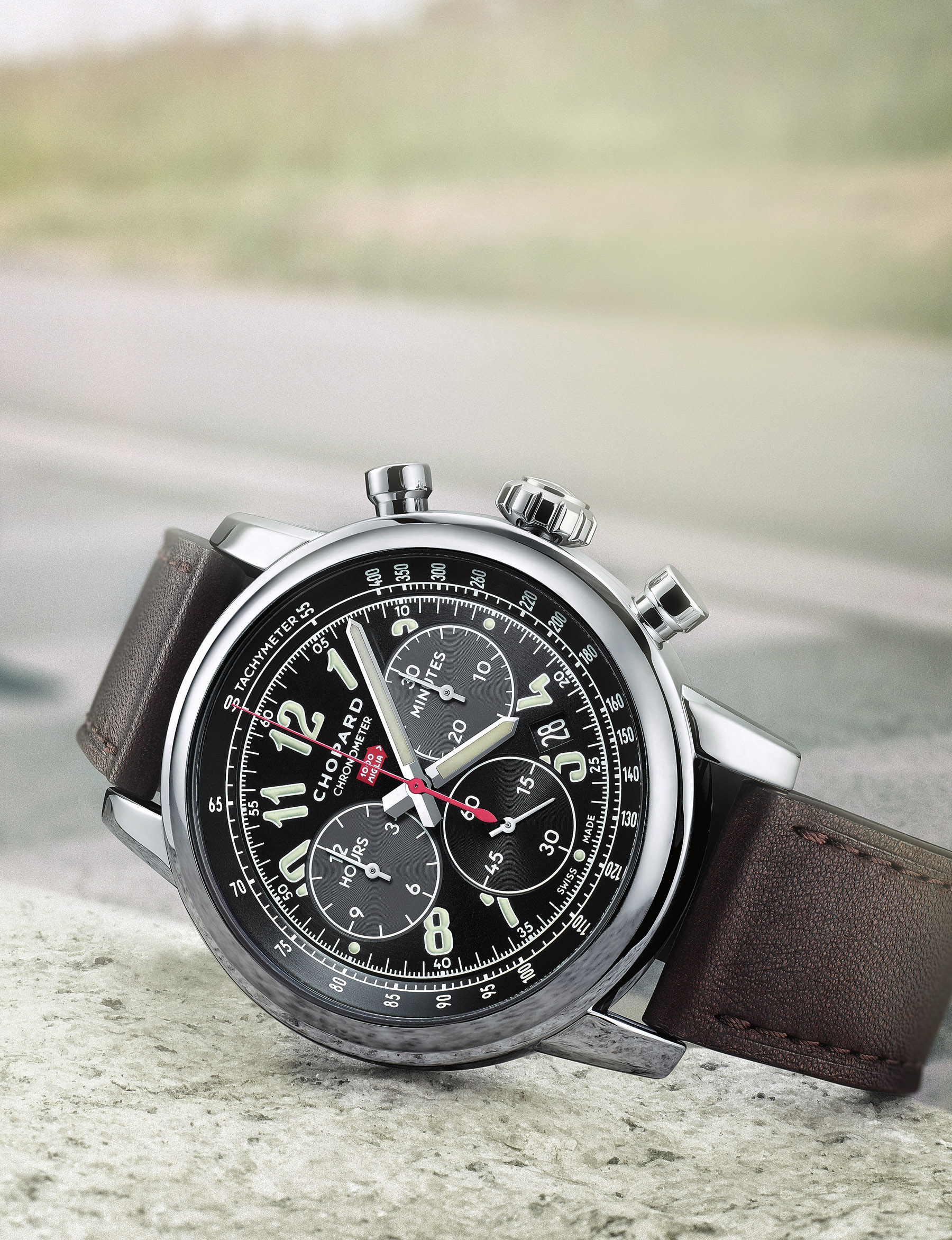 "For the first time, each watch encases a selfwinding manufacture chronograph movement. Calibre 03.05-C replaces the ETA movements that had been used in the past. It simultaneously makes a long-cherished wish come true for Chopard: to gradually achieve independence from calibres provided by third-party suppliers."

After haute horlogerie chronograph Calibre L.U.C 03.03- L debuted 10 years ago, Fleurier Ebauches used this elite movement as the basis for a version that could be produced industrially for daily use. Calibre 03.05-C is the second chronograph calibre fabricated in the Fleurier Ebauches factory, which is owned by Chopard. Another 03.05-M movement is used in the brand’s Superfast collection. These versions differ in their finishing. For the Mille Miglia collection, the designers chose a vintage appearance in harmony with the look of the race for classic automobiles. All three calibres are integrated chronograph movements with column-wheel control and flyback function, 60-hour power reserve and chronometer certification. The Calibre 03.05-C in our tested watch fulfilled the expectations associated with a certified chronometer: It gained between 3.5 and 4.5 seconds per day, depending on the specific situation, and its rate also remained stable while the chronograph function was running.

It’s surely worth your while to peer through the sapphire window in the caseback, which is held securely in place by eight screws. Seen from the rear, Calibre 03.05-C makes a technical and sturdy impression. It also reveals many interesting solutions in its small details, e.g., the opening for the column-wheel in a chronograph bridge or the chatons (settings) that bear the pivots of the pallet lever. Another attractive eye-catcher on the back is the flange: It’s engraved with the “1,000 Miglia” logo, the individual serial number in the limited edition and specification of the water resistance to 50 metres. Pressure resistance to only 50 metres may seem a bit low for a sporty watch, but it’s acceptable, considering this timepiece’s historical inspiration. 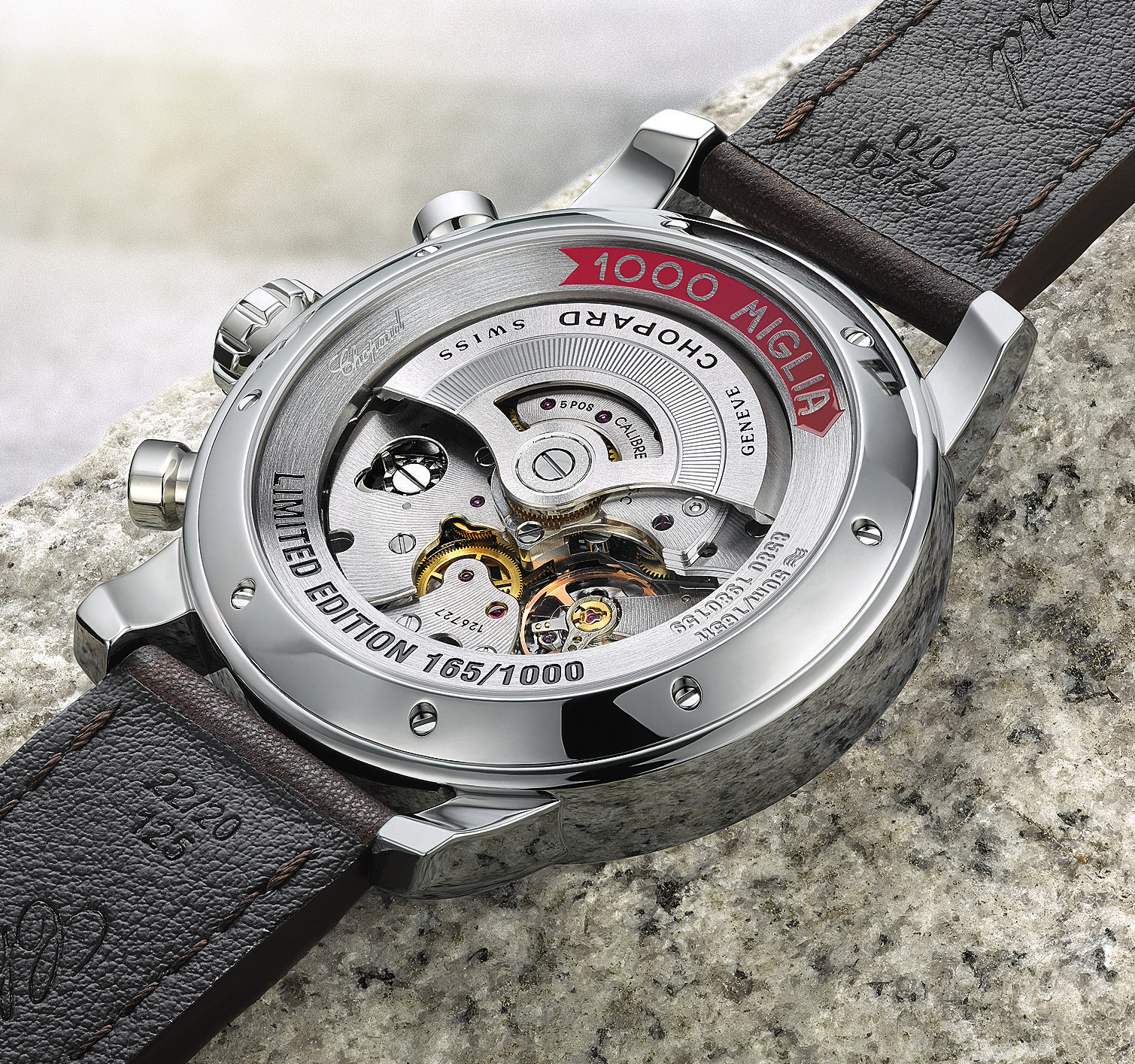 "The Calibre 03.05-C in our tested watch fulfilled the expectations associated with a certified chronometer: It gained between 3.5 and 4.5 seconds per day, depending on the specific situation, and its rate also remained stable while the chronograph function was running."

Nostalgia continues on the dial where three unconventionally arranged counters – one for small seconds at 6, another for up to 30 elapsed minutes at 3 and a third for up to 12 elapsed hours at 9 – recall the instruments on the dashboards of classic race cars. And speaking of race cars: Chopard chose “race car red” as the colour for the central elapsed-seconds hand, which, as is essential for motorsports, sweeps along a tachymeter scale on the flange. The calibrations here are applied excellently and are, therefore, easy to read. They have the professional look of the markings on a measuring instrument, as do the calibrations on the elapsed- seconds scale, which conform to the 4-Hz rhythm of Calibre 03.05-C.

The stopwatch function is well developed and includes a flyback mechanism, but the display for the ordinary time of day predominates, thanks to appropriately proportioned, rhodium-plated hands. These hands glow brightly when the lights go out, as do the hour numerals and the index dots. Some numerals are partially eclipsed, which detracts from the visual harmony but reinforces this watch’s retro character. The vintage aura is heightened by two-tone subdials and the finely weathered strap made of Suportlo calfskin. This water-repellent and extremely supple strap recalls the leather tie-downs that were once used to secure the hoods of race cars. And if all this weren’t nostalgic enough, the tribute to yesteryear continues in a thoroughly high-gloss-polished case with a narrow stepped bezel, push-pieces shaped like top hats, and a fluted crown. The crown is screwable, measures 8.5 mm and is very user friendly, thanks to its large size and the deep grooves along its sides. The chronograph’s push- pieces are also a pleasure to operate: They click palpably, audibly and with absolute precision.

With its 46-mm case, the Mille Miglia 2016 XL Race Chronograph is the biggest watch that Chopard has ever released in this collection. Fortunately, this behemoth perches adroitly atop its wearer’s wrist thanks to its charming, downwardly curving and well-suited lugs. The longer end of the leather strap is held by a pin in the pressure-activated folding clasp, which folds on both sides. Even this modern closure ultimately has a classic look and pays tribute to the legendary auto race that inspired this sporty yet elegant chronograph. 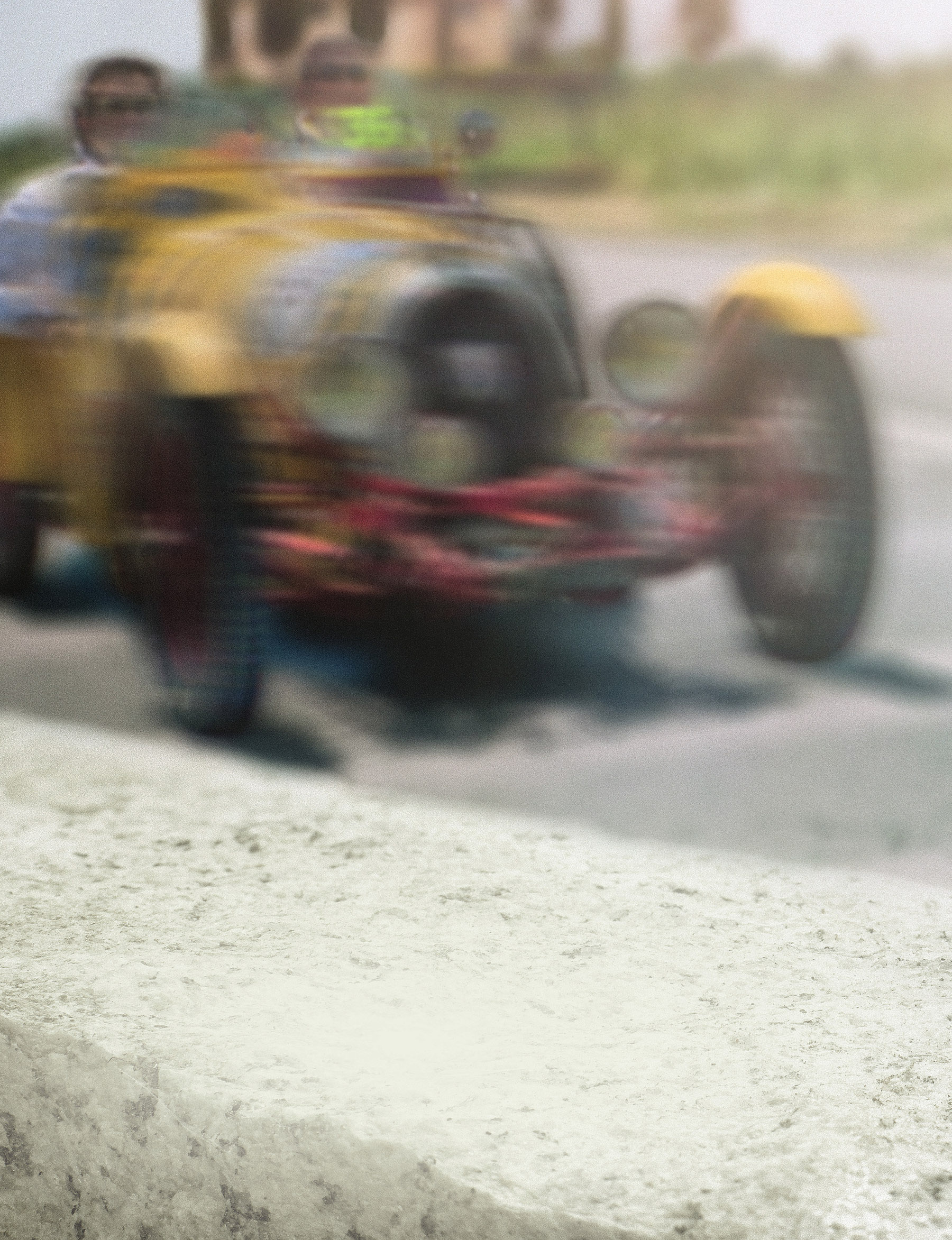