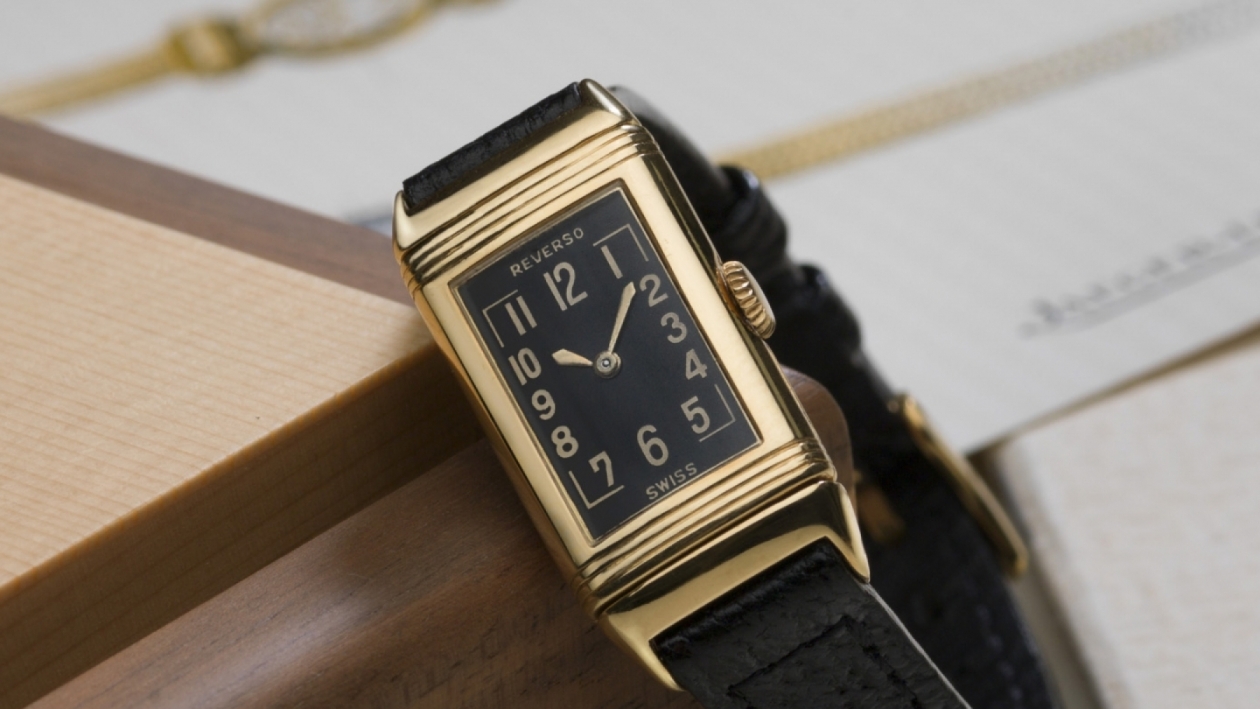 Tracing the history and evolution of the Reverso

On its 90th anniversary, a look at the origins of the Reverso and some of its most famous iterations

The story of Jaeger-LeCoultre as we know it today owes its origin to the Reverso. While Jacques-David LeCoultre and Edmond Jaeger had been working together since 1903, it was not until 1937 that the two watchmakers merged their independent companies to make a single brand.

The masters of micro-mechanics had established their proficiency in miniaturisation with the Duoplan watch in 1925. So, when Swiss businessman César de Trey challenged watchmakers to create a watch robust enough to endure the rigours of a polo match, Jaeger and LeCoultre teamed up to make the world’s first sports watch—the Reverso.

They engaged French designer René-Alfred Chauvot to create the perfect rectilinear case, which, in the words of patent application No 712868 led at the French Ministry of Trade and Industry on March 4, 1931, “can be slid in its support and completely turned over”. True to its Art Deco aesthetics, the Reverso—with its baton-shaped hands, dart-type indices, Arabic numerals and the swivelling case with three decorative gadroons on top and bottom—turned out to be a runaway hit. Buoyed by the stupendous success, LeCoultre developed a dedicated movement for the Reverso—Calibre 410—just two years after its debut. The watch, with its double face, provided infinite opportunities to watchmakers to get playful with its design. “Jaeger- LeCoultre would probably not exist as a brand today without the Reverso!” says Stéphane Belmont, the director of heritage and rare pieces for Jaeger- LeCoultre. “It’s the collection that best represents the brand, with the perfect combination of style and watchmaking expertise. Of course I’m somewhat biased, but I think there isn’t a better-designed rectangular watch.”

Interestingly, de Trey, who made a good fortune selling gold and porcelain dentures in Switzerland, set up a watch distribution company called Spécialités Horlogères and bought the rights to the Reverso name. Between 1931 and 1933, de Trey and David LeCoultre supplied the Reverso cases to brands like Patek Philippe, Vacheron Constantin and Cartier. Adorned with varied dial layouts and styles, these timepieces were favoured for their versatility and the element of personalisation. The Reverso was also popular with polo players, racing enthusiasts and skiers and, by the late 1930s, Jaeger-LeCoultre had created eleven different movements for the watch.

However, the charm of all-things Art Deco started to fade after World War II. The Reverso’s popularity also took a hit and, by the late 1960s, production had completely ceased. The next two decades were dominated by the Japanese quartz watches and it was not until 1982 that the Reverso was resuscitated with the quartz Calibre 601 movement.

As the revival of mechanical watches started to gain momentum in the 1990s, Günter Blümlein took the helm of Jaeger- LeCoultre and brought back the glory days of the Reverso. Together with Henry-John Belmont, the then CEO of Jaeger-LeCoultre, and French designer Janek Deleskiewicz, Blümlein introduced a slew of complications for the watch’s 60th anniversary. Crafted in pink-gold, the Re- verso 60ème, with a power reserve and date hand, was introduced in 1991. The anniversary special was soon followed by the brand’s first tourbillon wrist- watch in 1993, first minute repeater in 1994, first retrograde chronograph in 1996, and first perpetual calendar in 2000—all in a Reverso. “Changing the shape of an icon is a virtually impossible task. It’s easy to turn it into some- thing new, but it still has to remain the Reverso. The one I’m proudest of is the Reverso One Duetto Moon, by far our most successful model at any watch exhibition. And I’m also very taken with the Reverso Tribute Gyrotourbillon, in which we were able to make the Gyrotourbillon 30 per cent more compact, without compromising on its performance or looks,” says Belmont.

As the Reverso turns 90 this year, we look at the most striking models in its glorious journey so far.

Made for King Edward VIII, this Reverso in stainless steel and yellow was the rst mod- el in the collection with central seconds. The watch had the king’s name and the supposed year of his coronation—1937— engraved on its case back. However, as Edward announced his abdication on December 11, 1936, he was no longer King, just the Duke of Windsor.

Made in a limited series of 500 pieces, the first Reverso with a tourbillon was introduced in 1993. Interestingly, the tourbillon on the watch was displayed not on the dial of the watch, but on the caseback along with a power reserve indicator.

Introduced in 1994, this was one of the most complicated watches of its time. Powered by Calibre 854, the watch featured two dials driven by a single movement. This model paved the way for the brand’s complicated GMT watches, where the front dial displayed local time and the back was dedicated to home time as a 24-hour indication. 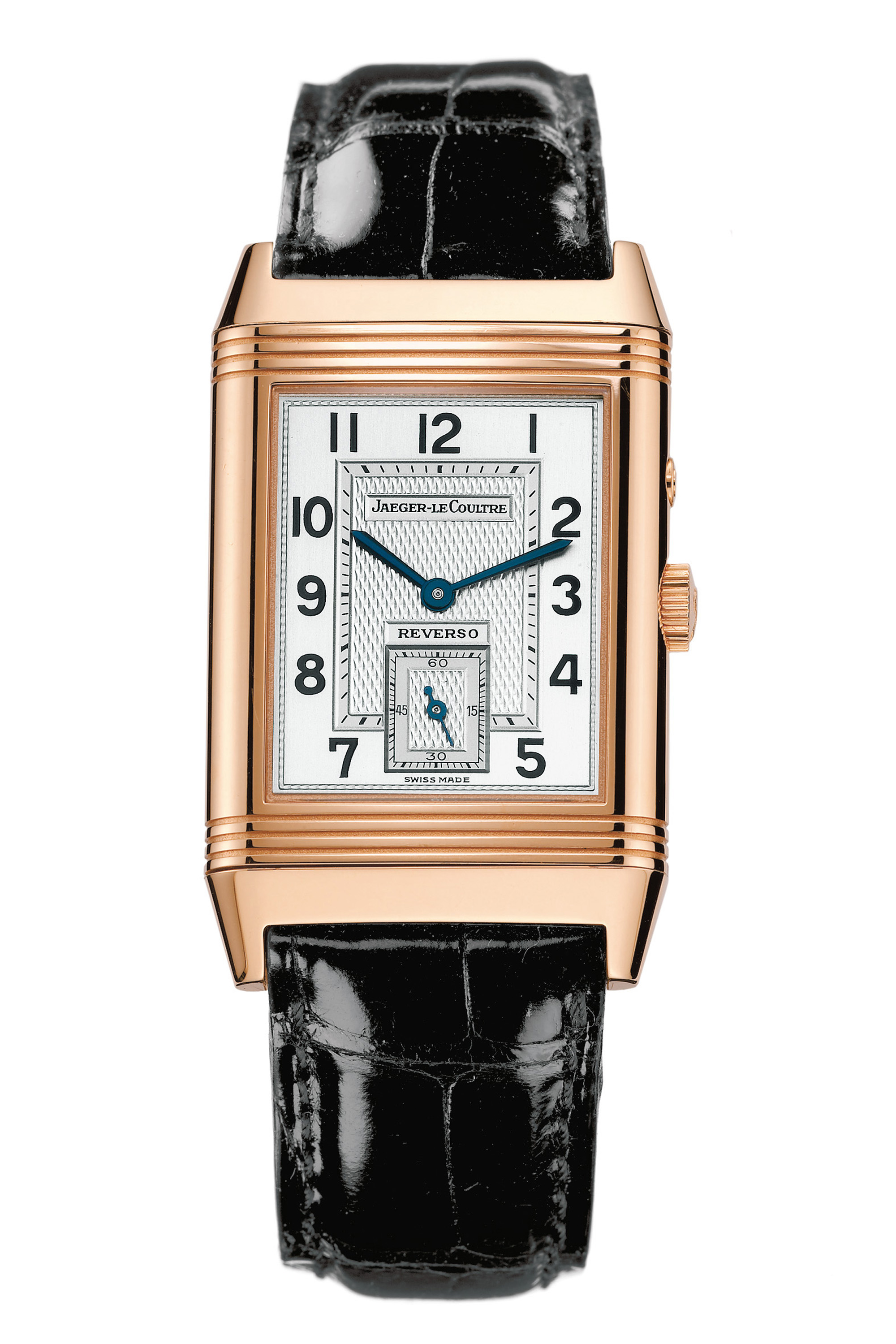 In 2006, Jaeger-LeCoultre presented a new version of the Reverso with a self-winding chronograph movement in titanium case. This was the rst time the model was seen in a square case inspired by a 75-year-old patent design from the manufacturer’s archives. 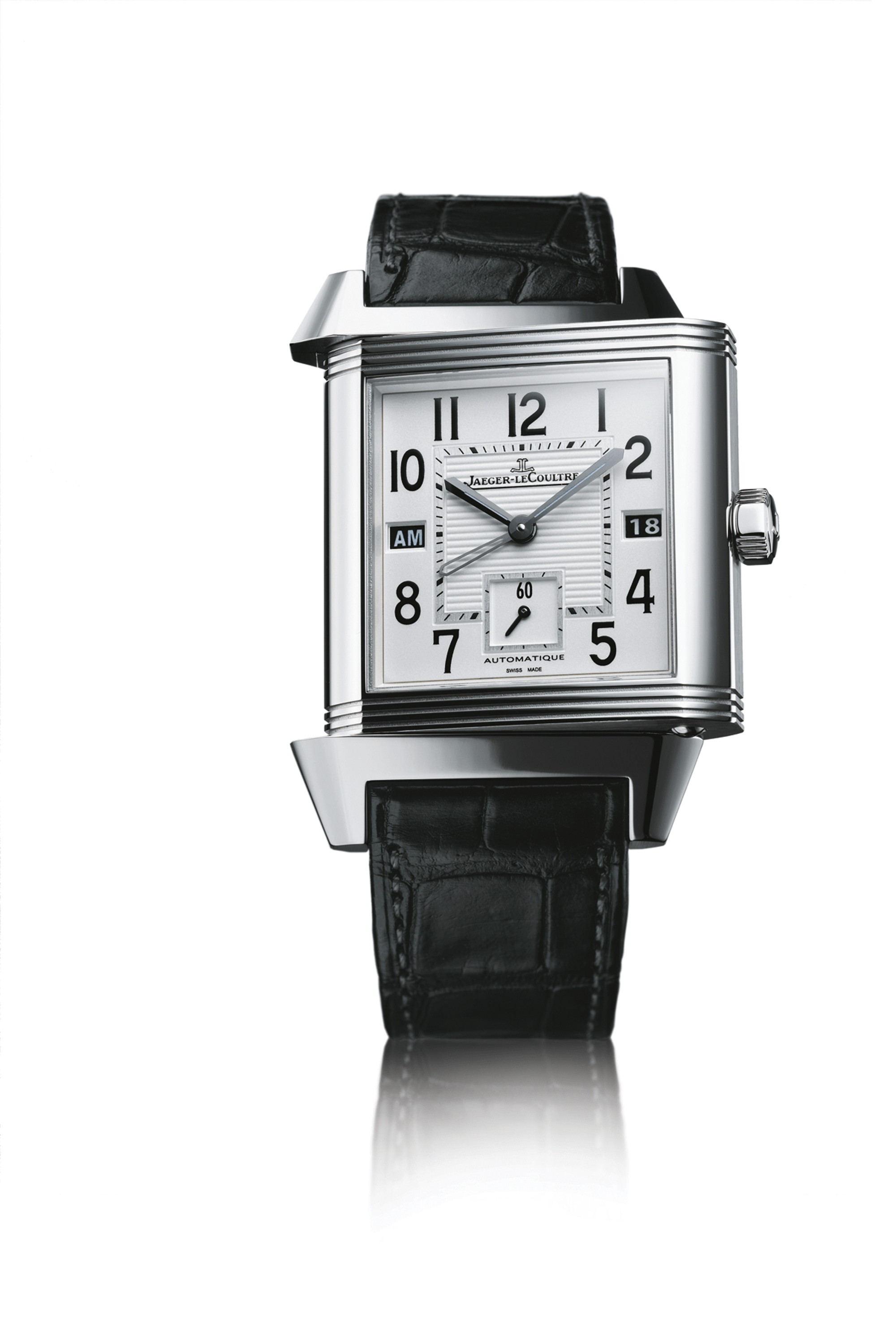 THE REVERSO GRANDE COMPLICATION A TRIPTYQUE (2006)

To celebrate the Reverso’s 75th anniversary in 2006, Jaeger-LeCoultre introduced this ultra-complicated timepiece made by 14 specialists. The watch had three dials displaying mean, sidereal, and perpetual times in one grand complication. The other features included display of moon phases, equation of time, zodiac calendar, astronomical chart, sunrise and sunset time, power reserve, day and night and leap-year indicator. The timepiece earned six new patents for the brand. 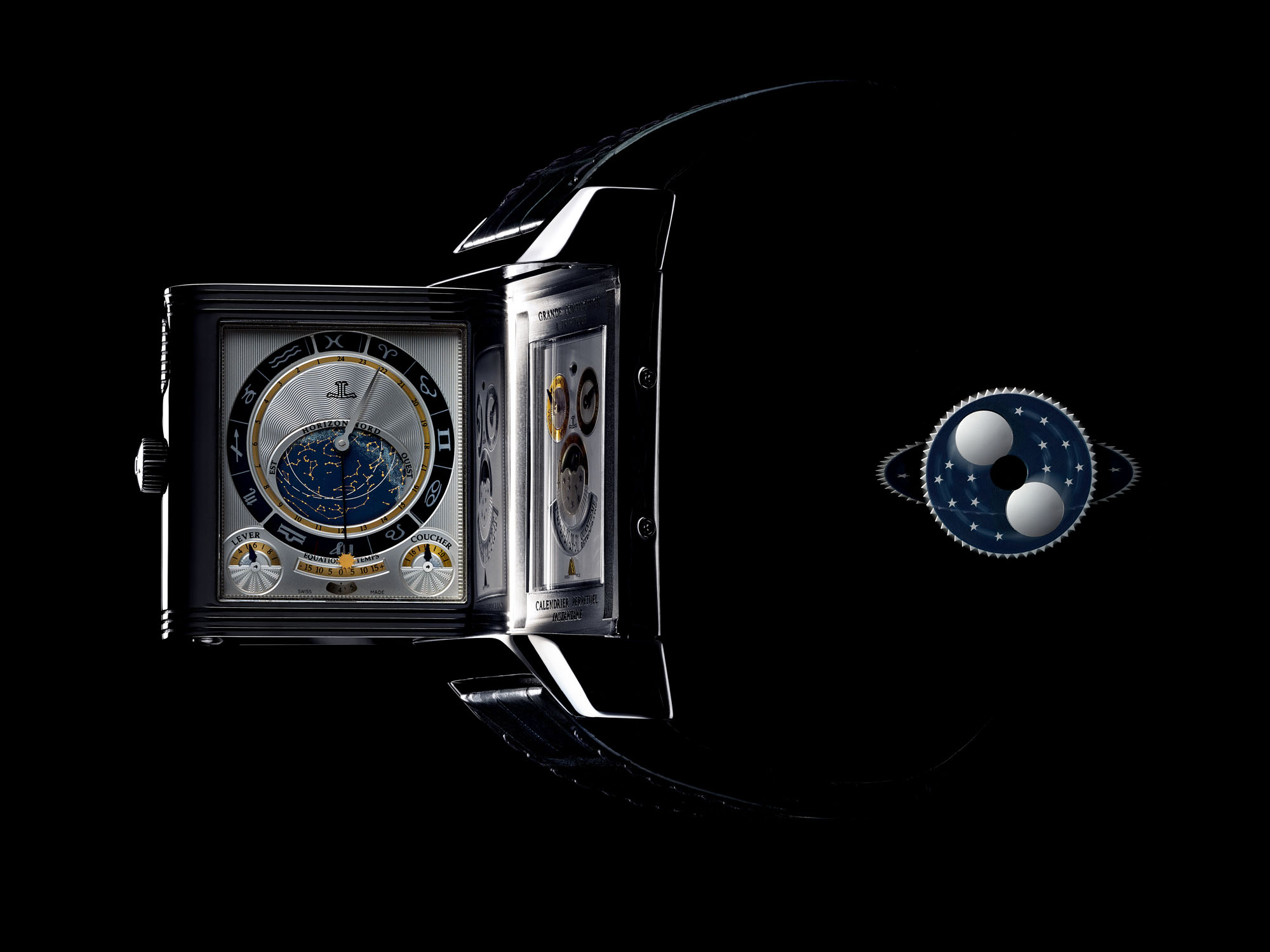 The Gyrotourbillon has been one of the most important complications in the history of Jaeger-LeCoultre. While the first Gyrotourbillon was introduced in a round case in 2004, the second one was presented inside a Reverso case in 2008. The semi-skeletonised, dual-axis spherical tourbillon looked even more stunning in this classical design. The watch was powered by Calibre 174 and was limited to 75 pieces. 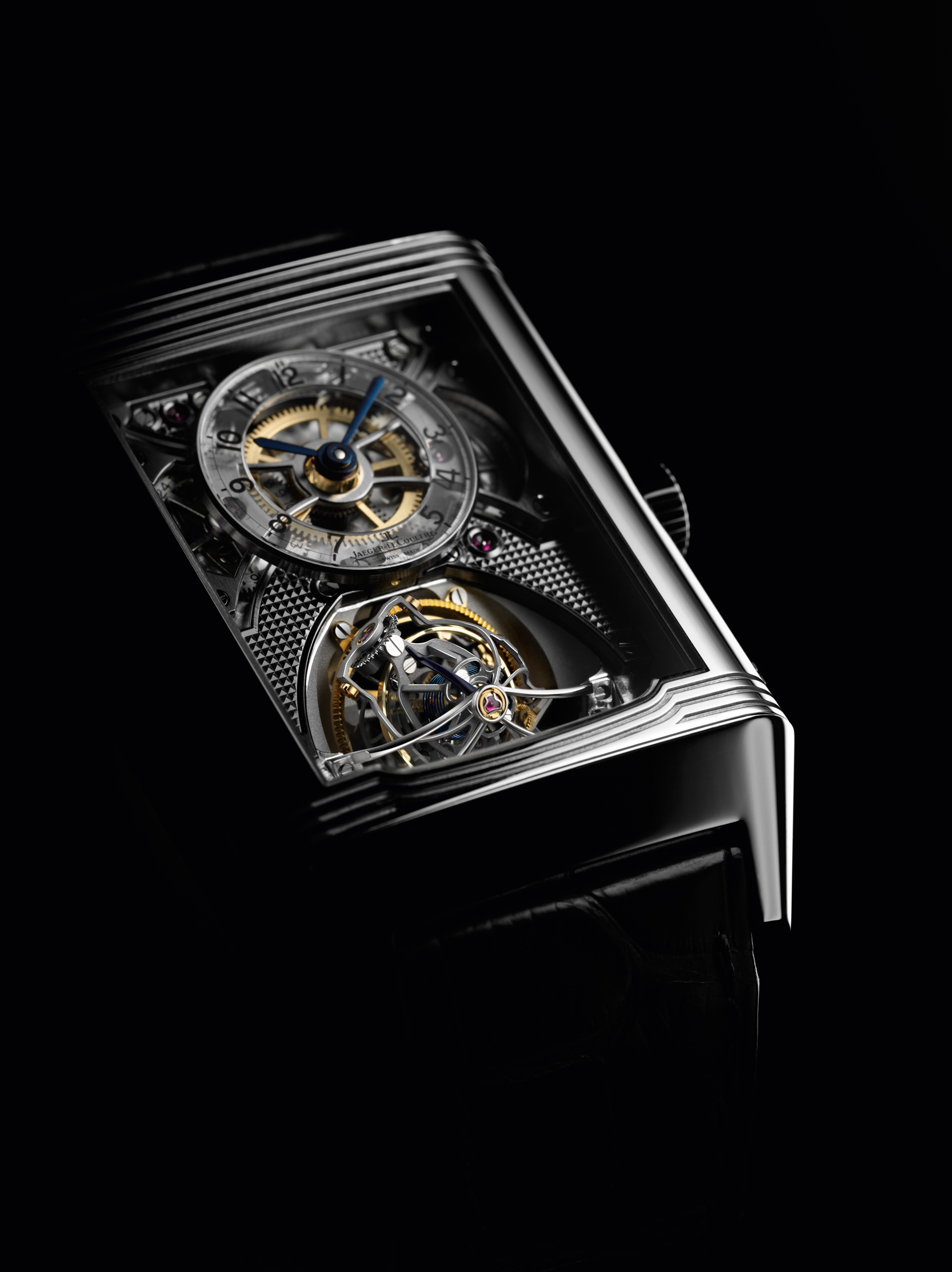 One of the most beautiful Re- verso watches made for ladies, the 101 displayed an intricately hand-engraved calibre through the dial’s sapphire glass. Merely 3.4mm in height, the movement seemed to oat inside the case decorated with snow-set diamonds on the back. 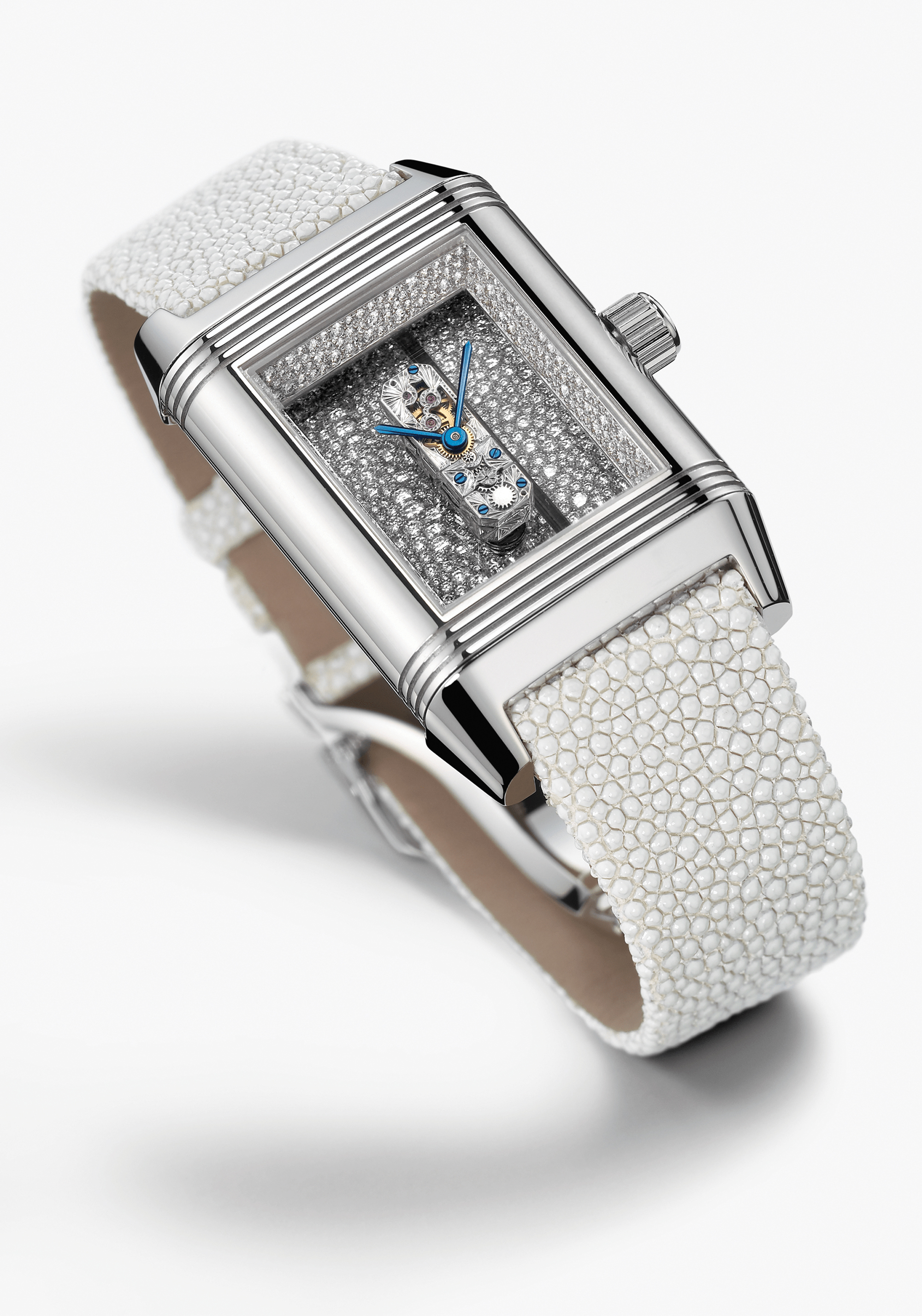 For Reverso’s 80th anniversary, Jaeger-LeCoultre brought out six commemorative models, including the captivating Reverso Répétition Minutes à Rideau, a watch with a sliding curtain to activate the chimes of a minute repeater. Crafted in white-gold, the timepiece was powered by Calibre 944 and delivered 35 hours of power reserve 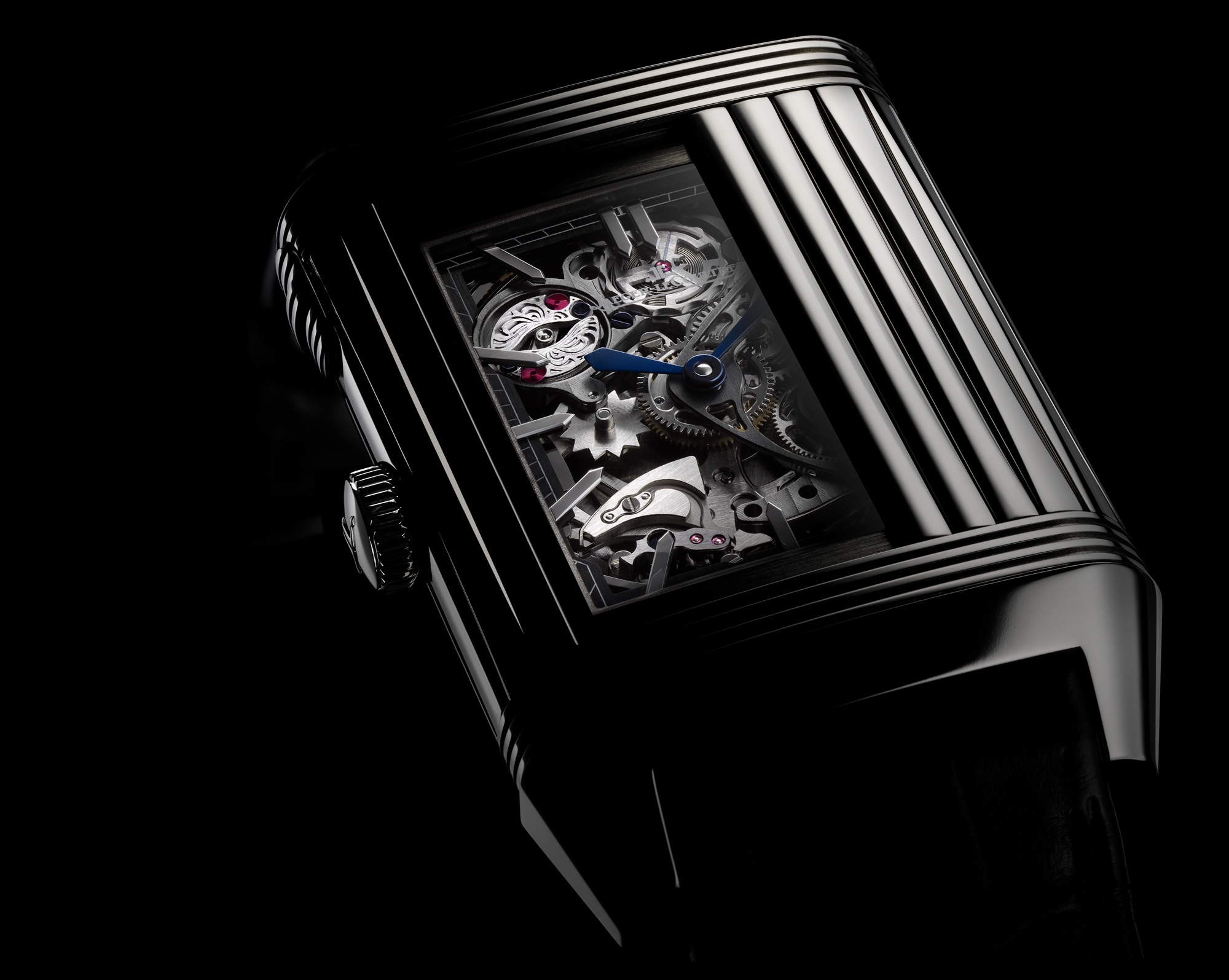 The story first appeared on the WatchTime India issue of January 2021.