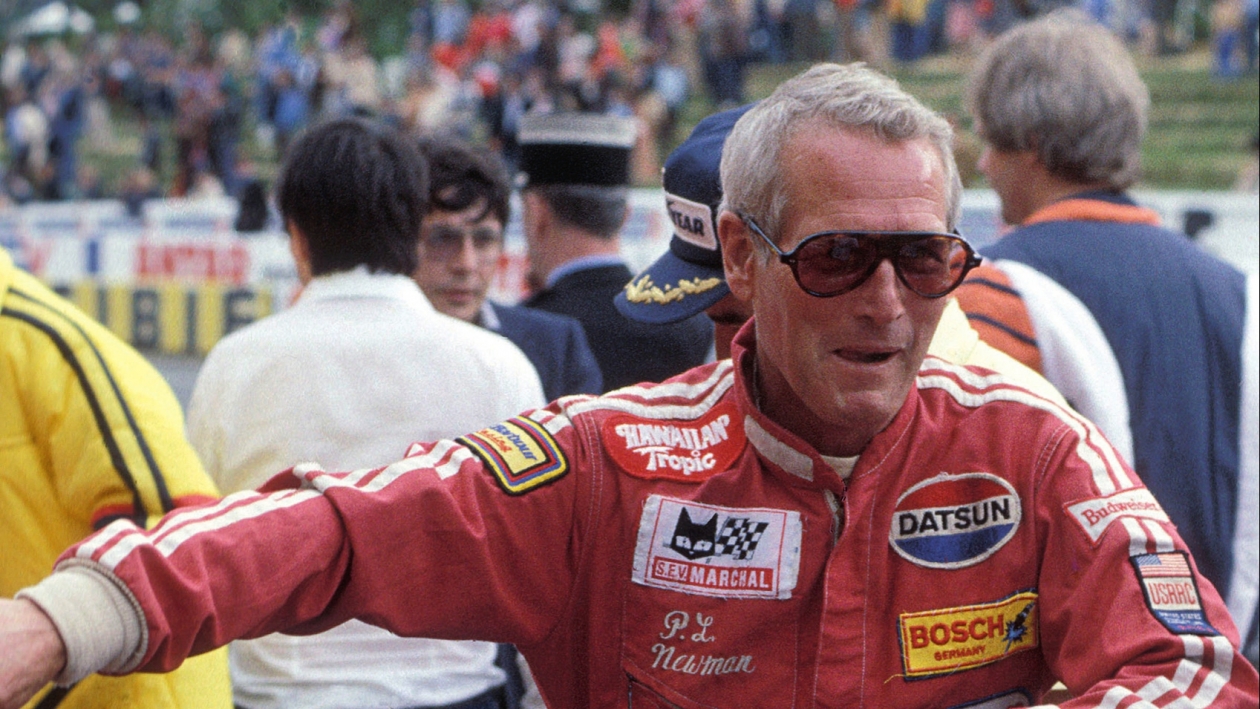 The watch that graced Paul Newman’s wrist goes under the hammer in one of the most talked about auctions in recent memory. Sold for $17.8 million, the “Paul Newman” today, is the most expensive wristwatch in the world.

From languishing on dealers’ shelves to attaining a cult classic status, the Rolex Daytona chronograph’s rise to fame is a fascinating tale. Launched originally in 1955 as Reference 6234, there were rarely any takers for the timepiece without the “Cosmograph” or “Daytona” markings. These watches sold for about $200 a piece as other brands had already monopolised the chronograph space. But, the company’s fortunes changed when it first partnered with the Daytona race in 1962 with the Cosmograph Reference 6239. This watch was specially designed for race-car drivers; the bold tachymeter scale on the bezel distinguished it from the rest. And, it found an ardent follower in the legendary actor Paul Newman, who was a successful race-car driver as well. 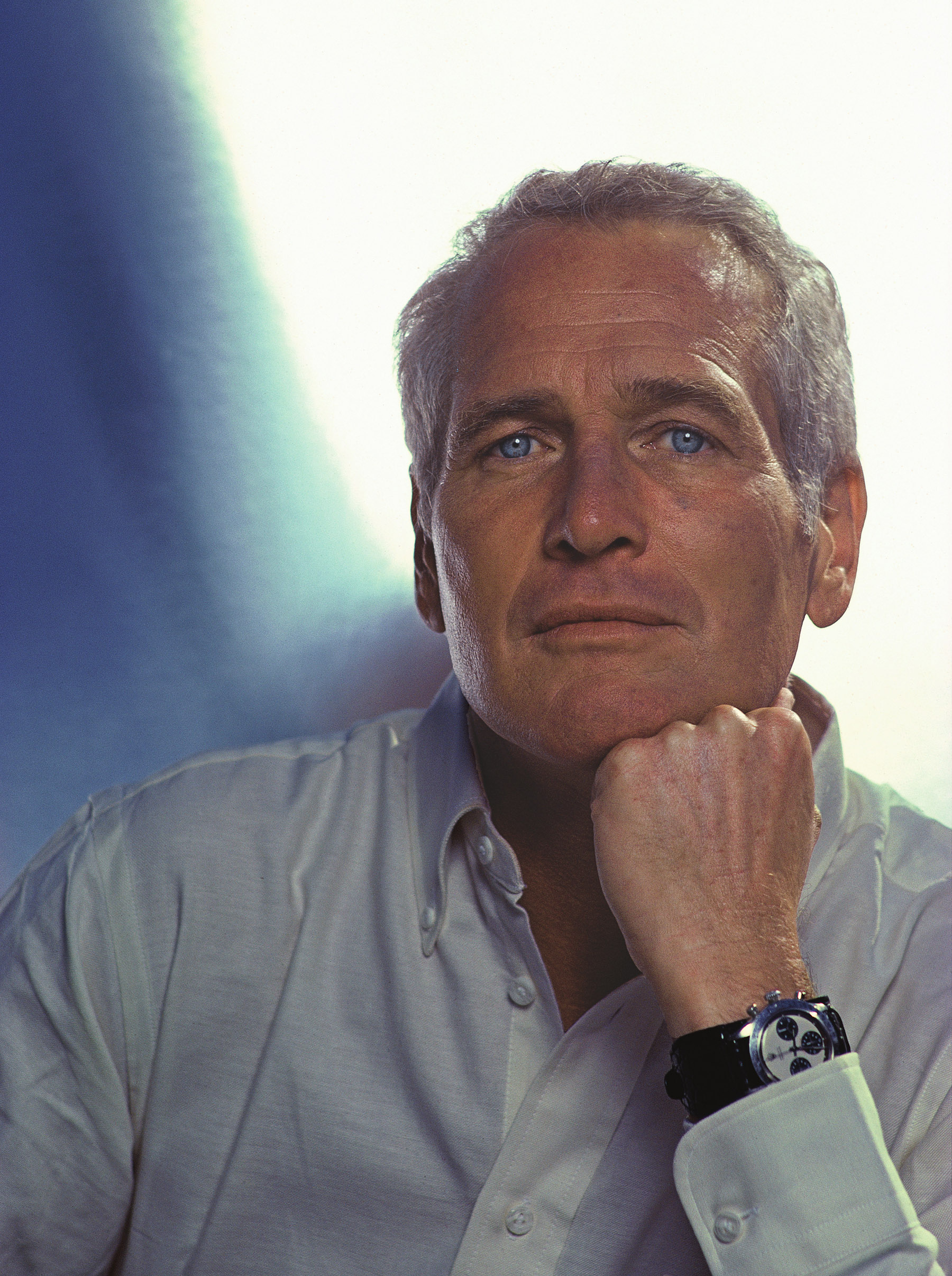 "The Rolex Cosmograph 6239 was specifically designed for race car drivers"

In fact, it was Paul Newman’s role as a struggling race-car driver, Frank Capua, in the 1969 film Winning that converted him to a petrolhead. Though the blue-eyed actor took to racing relatively late, his achievements were tremendous. He won many races, and came second in the gruelling 1979 24 Hours of Le Mans. However, Newman’s wife, Joanne Woodward, whom he met while filming Winning, wasn’t too happy with his need for speed. And, as a constant reminder to keep the speed limits within check, she gifted him a Rolex Cosmograph Daytona purchased for $300 from Tiffany & Co., with an engraved caseback reading—“Drive Carefully Me”. The original stainless-steel bracelet was replaced with a broad black leather strap and Newman was seen wearing this on and off the tracks in the early 1970s till about 1984, when it vanished. The watch has now resurfaced and will be going under the hammer on October 26 during Phillips’s inaugural New York watch auction: WINNING ICONS– Legendary Watches of the 20th Century. But, apart from its association with the legendary actor, what makes the Rolex Daytona a collector’s delight? “One of the most attractive

"Without a doubt, it is the association with Paul Newman that helped the Daytona become the world’s most famous luxury watch" Aurel Bacs

watches on the market thanks to timeless styling, the Daytona has gracefully evolved over more than 50 years with subtle yet important functional and aesthetic improvements,” says Aurel Bacs, senior consultant at Phillips. “Place the latest Daytona model, the ref. 116500LN, with the very first Daytona from 1963, and one can see a remarkable resemblance,” he says. Bacs also says the comfortable design is an added bonus. “The subtle variations in movement and case designs fascinate collectors. Understanding these differences is an intellectual challenge and make the Daytona one of the world’s most collectible watches.”

Housed in a nearly bulletproof “Oyster” steel case, the Daytona is built to last several generations, and its versatile styling makes it suitable for nearly all dress occasions. The auction house expects more than 500 people to attend the New York event and the watch to fetch anything in excess of $1 million. “Without a doubt, it is the association with Paul Newman that helped the Daytona become the world’s most famous luxury watch,” says Bacs. 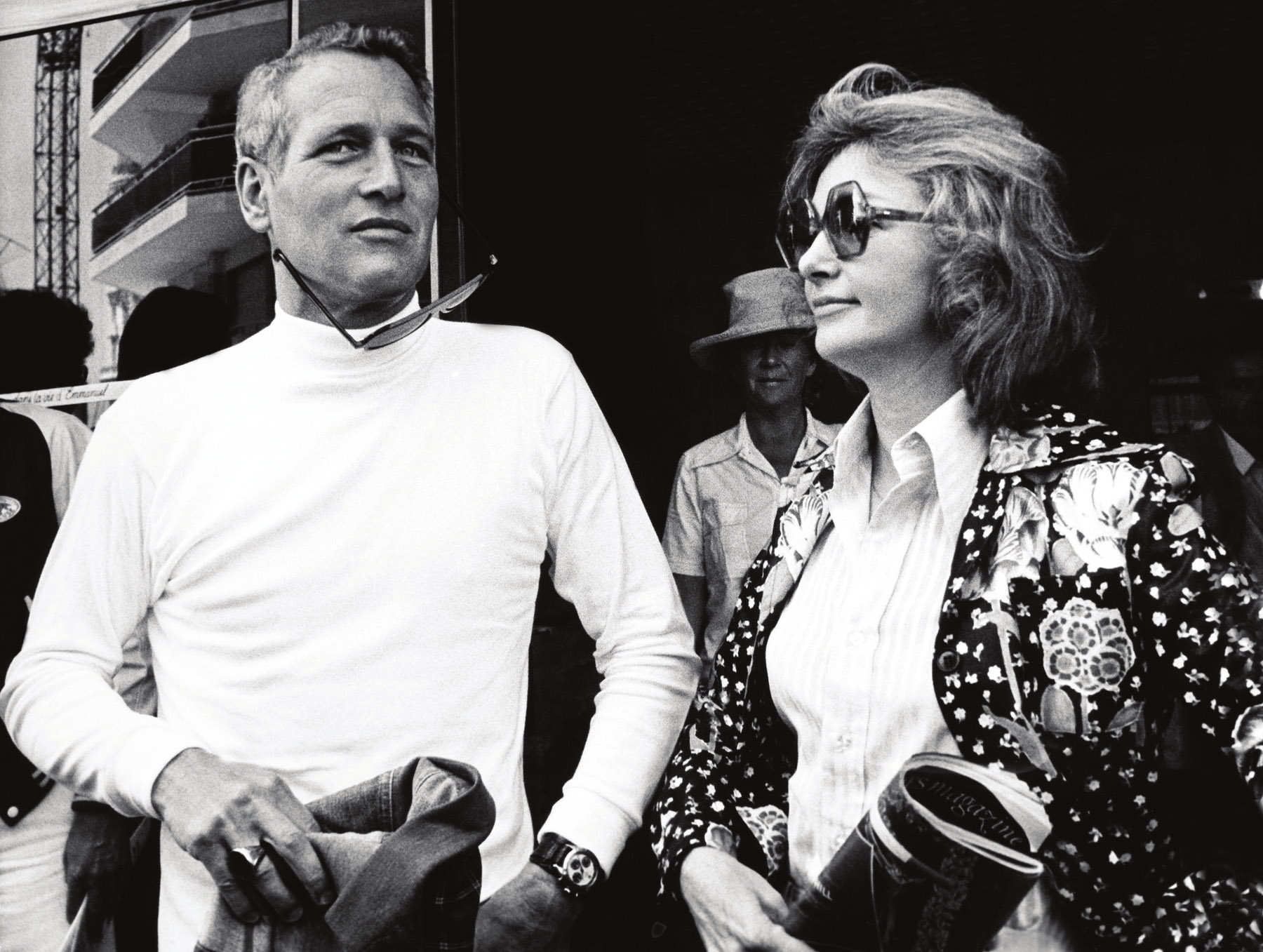 The reference 6239 was the watch that earned the nickname “Paul Newman” for the various Daytona models. It was fitted with what the brand calls an “exotic” dial and its production ceased after 1970. “Rolex’s ‘exotic’ dials were produced for a few years only, with much fewer sold than standard dials in that period. The change was ushered in after the famous actor was seen wearing his wristwatch in widely publicised photographs. And, when Rolex introduced its first self-winding chronograph, the Cosmograph Daytona reference 16520 in 1988, demand for the discontinued manual winding models skyrocketed, led especially by ‘Paul Newman’-dial versions. They are today significantly rarer and more valuable,” says Paul Boutros, head of Americas and senior vice president, Phillips.

Whimsical, art deco style fonts and hash marks with small squares used within the three sub-dials at 3, 6, and 9 o’clock are the most distinguishing traits of an “exotic” dial. They also have a sunken, seconds track on the outer circumference of the dial with a background colour matching the colour of the subsidiary dials. “On early examples, the outer seconds track with one-fifth second subdivisions is printed in red. Their value depends on quality and condition of the specific example. But, in general, a steel ‘Paul Newman’ Daytona will have an auction estimate of at least double that of a comparable vintage Daytona with a standard dial,” says Boutros. 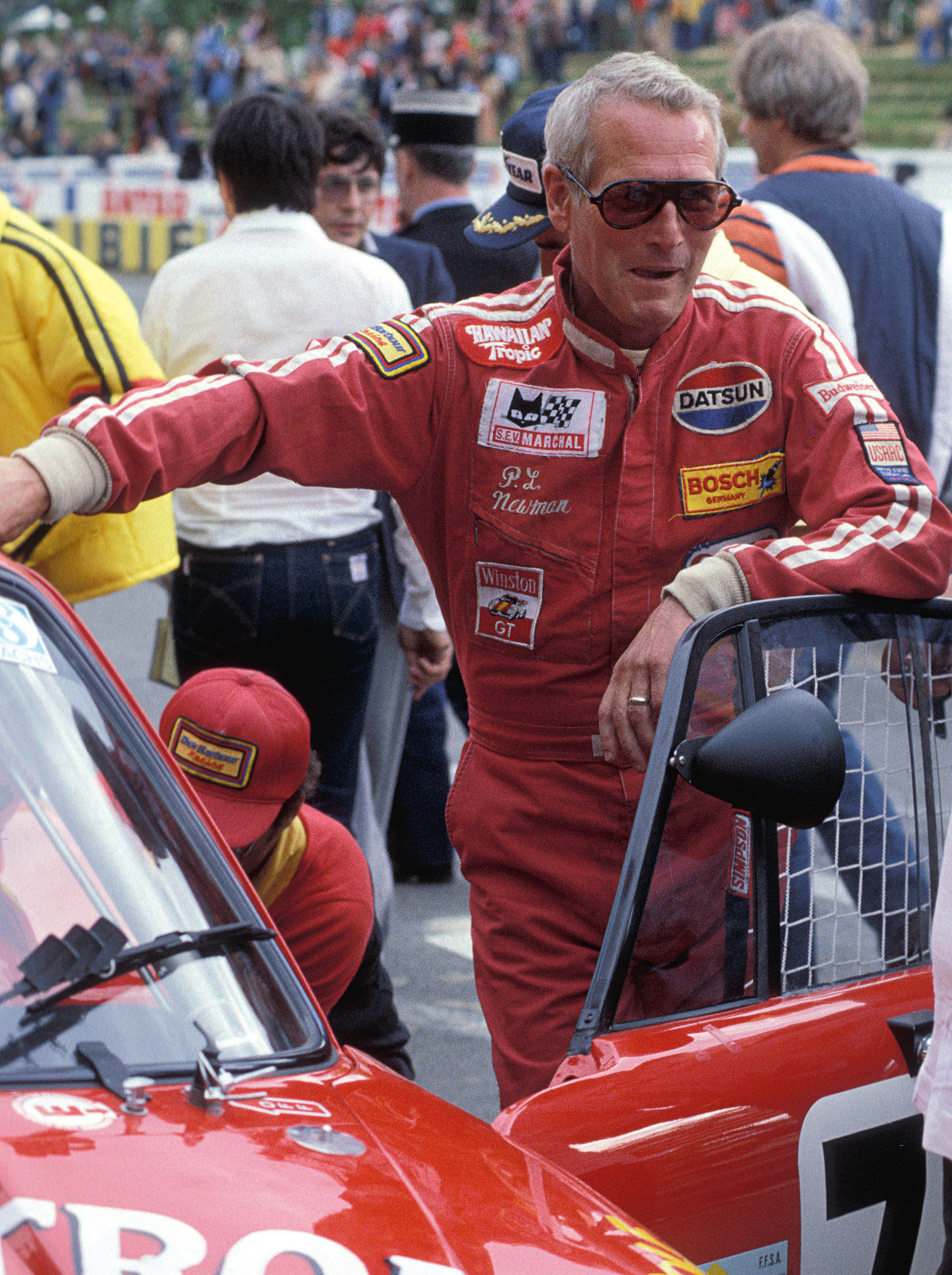 The “Paul Newman” Cosmograph Daytona is crafted in steel, but is expected to fetch a higher amount than its gold counterparts. “With

"Place the latest Daytona model, the ref. 116500LN, with the very first Daytona from 1963, and one can see a remarkable resemblance" Aurel Bacs

Rolex we see significant demand for their ‘tool’ watches produced since the 1950s, especially the Cosmograph Daytona. While also offered in gold, the majority were sold in stainless steel. These were some of the most durable watches money could buy, but were oversized for that era. However, they are perfectly sized for today’s tastes. The fact that one does not have to pamper a steel watch, unlike thin dress or complicated watches, is a relief for many collectors,” he says.

How the watch came into Phillips’s possession is also interesting. “The case and dial remain original in a wonderful state of preservation, having seen no restorations or modifications,” says Boutros.

The watch had been gifted by the actor, whose career spanned six decades, to James Cox, the then boyfriend of his daughter, Nell Newman. Cox’s attorney connected him to a renowned watch collector. Upon learning the significance and importance of the watch, the collector strongly recommended that the watch be sold at Phillips and, thanks to Aurel Bacs’s longstanding relationships with his clients, Paul Newman’s “Paul Newman” found him in the summer of 2016.

James and Nell, who remain close friends, have jointly decided to sell the watch, with a portion of the proceeds going to The Nell Newman Foundation. The charitable organisation supports her father’s philanthropic values, while serving Nell’s commitment to organic foods and sustainable agriculture. A portion of the sale proceeds will also go to benefit Newman’s Own Foundation, established by the late actor in 1982. 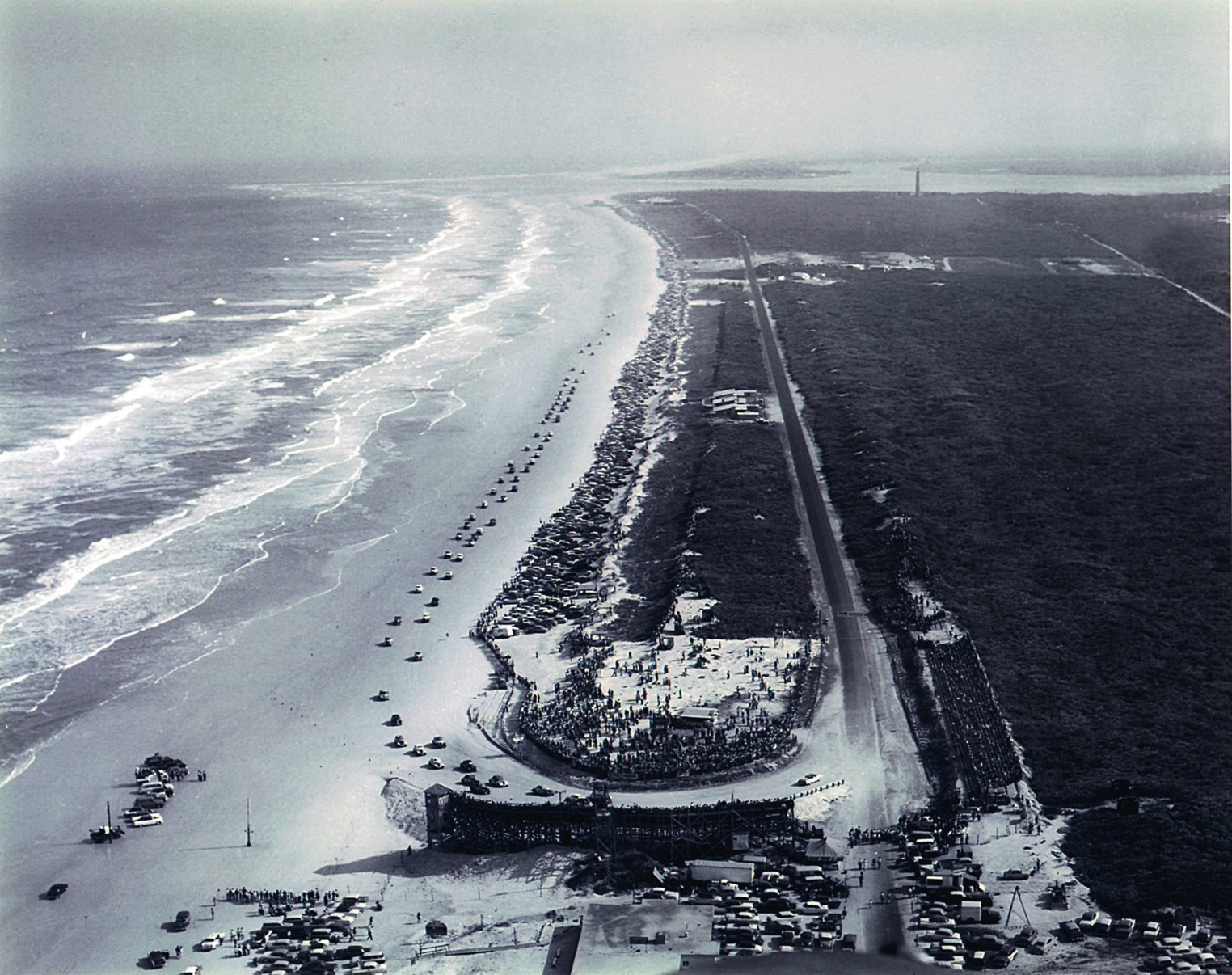 Today, when an original Rolex “Paul Newman” Daytona is offered for sale, collectors take notice. And, this will be one of the biggest challenges at the upcoming auction.“To own one is a dream for many people. With so many attendees, we believe we may run out of space to allow everyone to be present in the room,” says Boutros. Getting the ideal buyer is not so much of a problem. “Paul Newman was a cultural icon with a global appeal. We predict bidders will either be seasoned watch collectors, car collectors, art collectors or even museums. It will be ideal to get someone who understands the importance of this timepiece and treats it like a work of art,” he says.

The Paul Newman was sold at a stunning $17.8 million and remains till date, the highlight of the year for us. To watch the full video of the sale and Aurel Bacs surpirse at the opening bid of $10 million, click here.