We caught up with the International Sales Director for Frederique Constant, Williams Besse, during the launch of the new Slimline Power Reserve Manufacture.

WTI: You mentioned you will be focussing on making India a part of your top ten markets. How will you achieve that?

WB: Oh, I was being very conservative when I said that. When I say top, for us that means the top 15 markets, and the next five years should see India in the top five and top 10 markets for us. I feel it's a very growing market for us. Our brand talks to the Indian consumer because of the look, the philosophy etc we have. You can't really explain it. Of course, we know what is successful here and you can drive that success, but the customer tests the brand here and it's difficult to change that ideology. You have to adapt to to it. I think that's why we really match the tastes of India.

We have collections like the smartwatches and also the Hybrid manufacture which we launched in Delhi last year. The performance of that particular timepiece in India has been one of the top five world wide. It wasn't that successful in the bigger markets, but in India it just kind of caught on mostly because of the mix we were offering between technology and classic timepieces. It fit the Indian markets' needs. It was same for the horological smartwatch. It's been doing well for us for four years now and it's still in our collection. 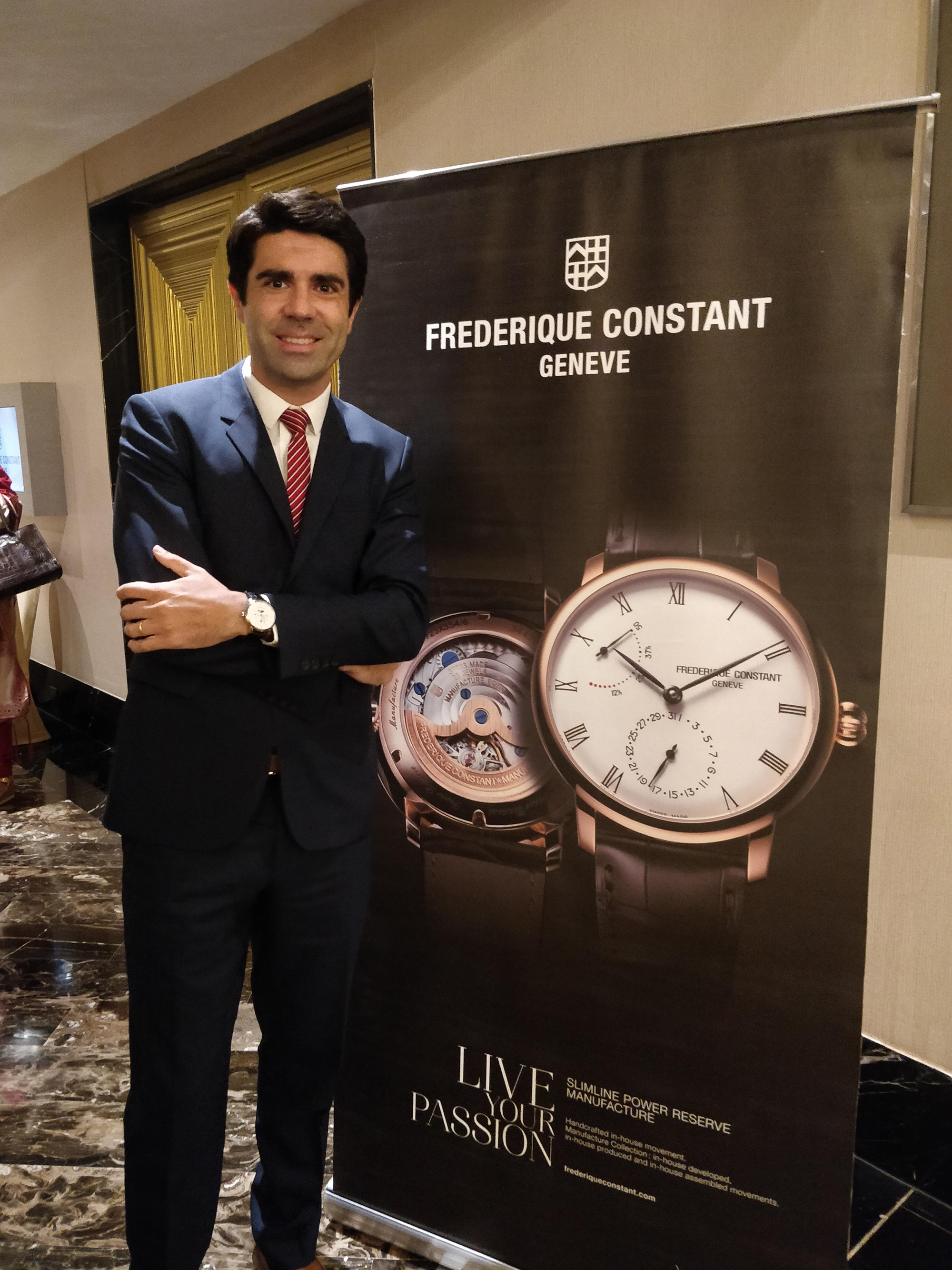 WTI: Any specific strategies for the Indian market?

WB: So, from the marketing point of view, we introduced the brand in India by targeting the corporates. That's been our main strategy. Plus, over the last two years, we have also been focusing on attracting two different categories, the 25 – 35 year age group who would like to get a Swiss-made watch as their first watch, and women. That's one category we want to tackle and before the end of the year we will be introducing something new in the ladies collection, with an event in maybe October-November, right after Diwali. We would also be introducing the new collection with something really related to women. I think this will be an interesting launch especially with all that's happening with the Indian women today.

There are few countries in the world where the women want to be seen as who they are and it's funny because in Switzerland they have exactly the same thinking. But in Switzerland, people don't protest usually. However, today, there are thousands of women on the streets who are protesting for equality, equal pay, and it's a very big movement. And with Frederique Constant we would like to focus on that because we feel it's a big opportunity and many brands are focusing on men and not necessarily on women. So, that's another development the brand will be undertaking.

Of course, we will also be enforcing our Manufacture collection because this is the talking piece which helps us get our identity because we are unique in the market, in our segment to introduce this manufacture movement.

WTI: Which are your top five markets?

WTI: Do you feel introducing a 40mm piece in the Manufacture collection was part of a strategy to target the unisex watch segment?

WB: So, it's quite funny that you mentioned this because this is the first time I am hearing of this in India. Half of the women at the offices in Geneva are wearing men's watches today, and not only 40mm but also 42mm. Now, the reason we did it, honestly it wasn't meant as a unisex piece but it was more towards adapting the trend for smaller size timepieces. And we were missing this 40mm in our collection. We have the 42mm and the 38.8mm which was already a unisex watch and we've seen that yes, women are buying this collection even though it looks more like a male watch. So, to answer your question, no it wasn't meant to be, but it will definitely be a watch a lot of women would like to purchase.

WTI: Do you think the women makes the decision for men when it comes to watches as well?

WB: So, actually you should ask our partners that question because they are in direct contact with our end-clients. I don't have the answer but if I project myself, I think, the men would buy a watch for themselves clearly. But will they decide the watch for a woman? No. Does a woman which watch she wants for herself? Yes. But does a woman also influence a man to buy his watch? Yes. So, basically women play a stronger influence in the purchase process. It could be possible, yes.

However, if a man is a collector, he will come alone or probably with his friends from the group. But for a first or second watch, yeah I think the woman has a say in the matter. I've never thought about it but now it's in my mind and when I think about it, it's a very good question and I will discuss this with our partners and get back to you with more statistics. 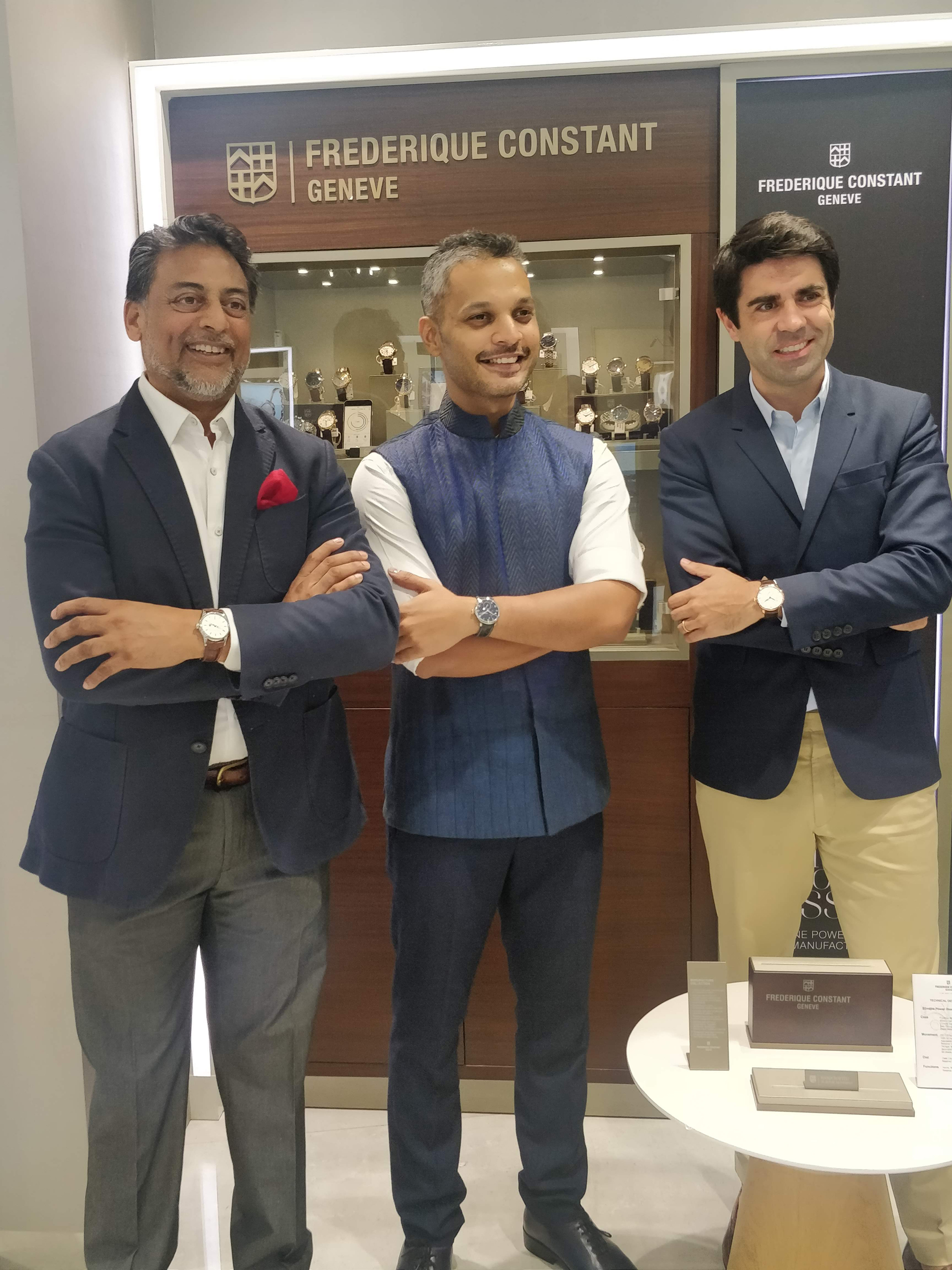 WTI: The marketing platforms today include a mix of journalists as well as bloggers and influencers. How would you tackle this change, going forward?

WB: The way I see it, there is a new category of communication which is due to the internet and social media. In the past, communications have always been more traditional and involved with platforms like television, radio, newspapers, but at the end everyone would buy the watch at the same retail point. Today, even that has changed. You can buy online as well. The customer who goes online and the customer who goes to a shop, they are very different. So, all companies have to evolve their ways of communications, yes, but they also have to understand where their customers will buy their products from? So we have clear categories which we have to focus on – where they buy and where they will be exposed to the brand.

Today, if you ignore the internet, bloggers and social media, I think that's just a huge mistake because people today – including myself – are not reading anymore. I'm reading less maybe because it's so much easier on my phone where I'm getting kind of the same information, which although may not always be in depth, but is at a wider level with access to new trends etc in the world. So, you have to take them into serious consideration as much as you take the traditional forms of media, and prepare for both.

On top of that, you also need to maintain your relationships with the journalists and the media because who knows what will happen in ten years. Maybe, the internet will crash and the bloggers and influencers will finish and we will go back to the roots. Look at the trends today. We are reintroducing classics and re-editions of vintage pieces. Maybe in ten years from today, we'll be doing something else. We just have to be prepared to adapt. 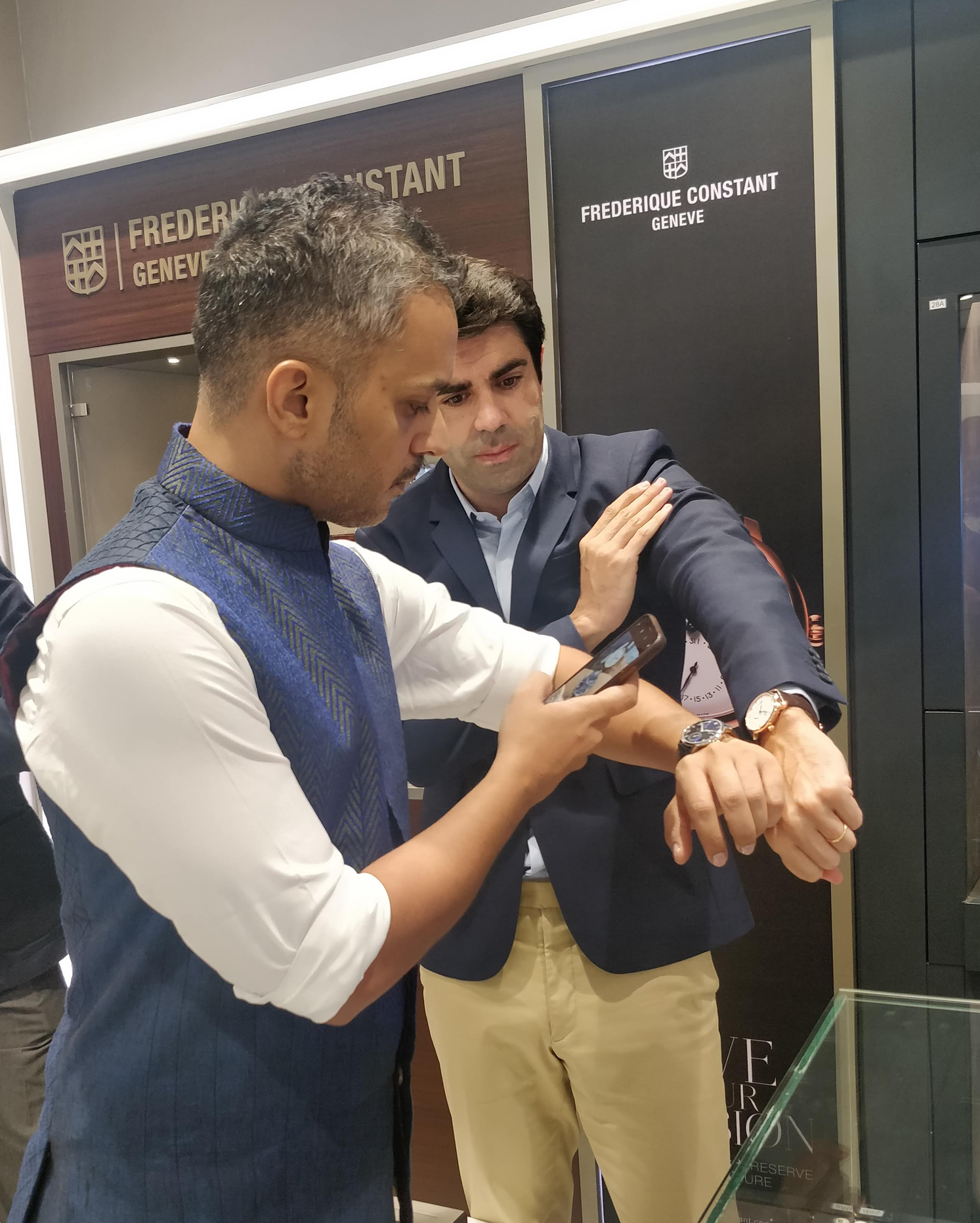 WTI: Your favourite feature about the Slimline Power Reserve mManufacture?

WB: For me it's clearly the size. I've been requesting a 40mm Slimline in the collection since a long time now and finally we have one. Of course, the design , quality, the ratio of price and quality is very good. You may also like the complication. But for me, it's the size.

WTI: How does Riaan George fit with the brand identity as the new Frederique Constant Friend of the Brand?

WB: He's been following us since four years now and we've always been in touch with him. When we decided this year to give more importance to social media and bloggers, we asked him to help us at some point and be a part of our strategy, and he accepted. He fits with our strategy and we enjoy helping each other to find a way to grow together.