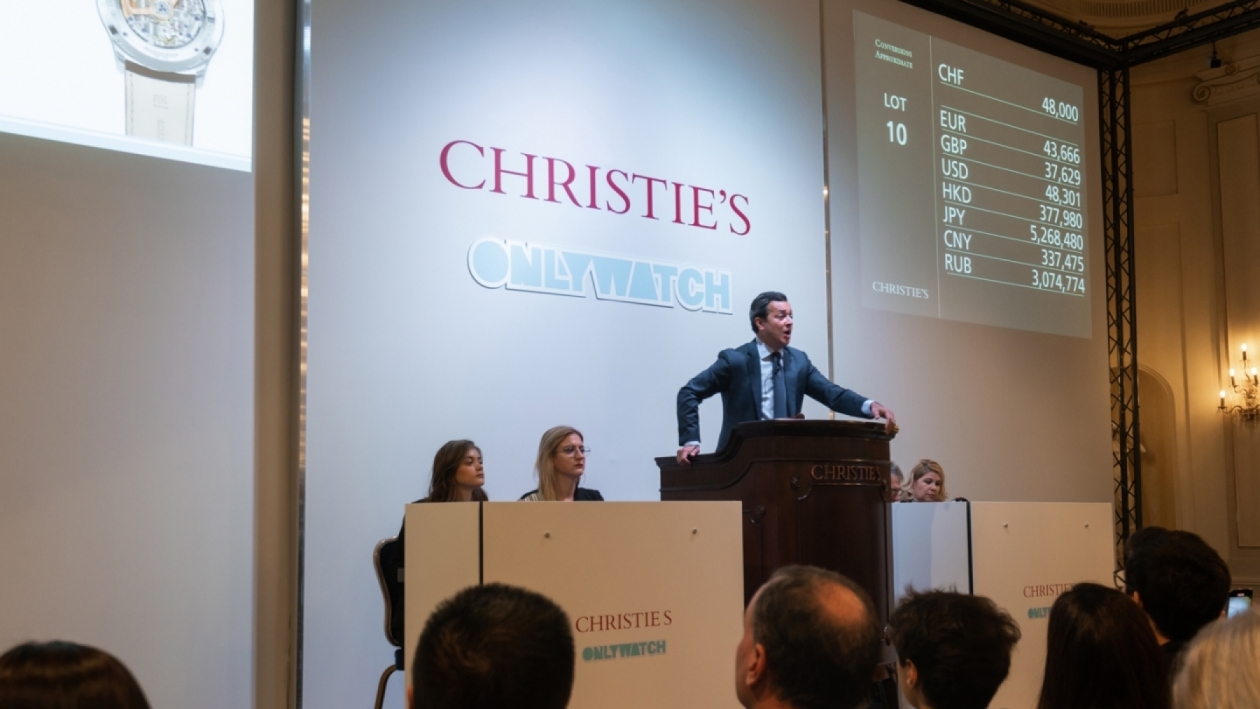 54 Watch Brands for the 2021 Only Watch Auction

With over 54 brands participating in the 9th edition of the Only Watch charity auction, we can assure you that there is a lot to look forward to. Here are the top 10 picks that caught our eye.

The renowned Only Watch auction revealed its 2021 line-up of its 54 participating brands set to take place in Geneva on Saturday, November 6th, 2021. There are around 53 watches that have been submitted from over 54 brands across the globe that are taking part in the biennial event that has earlier raised over 700 million euros. 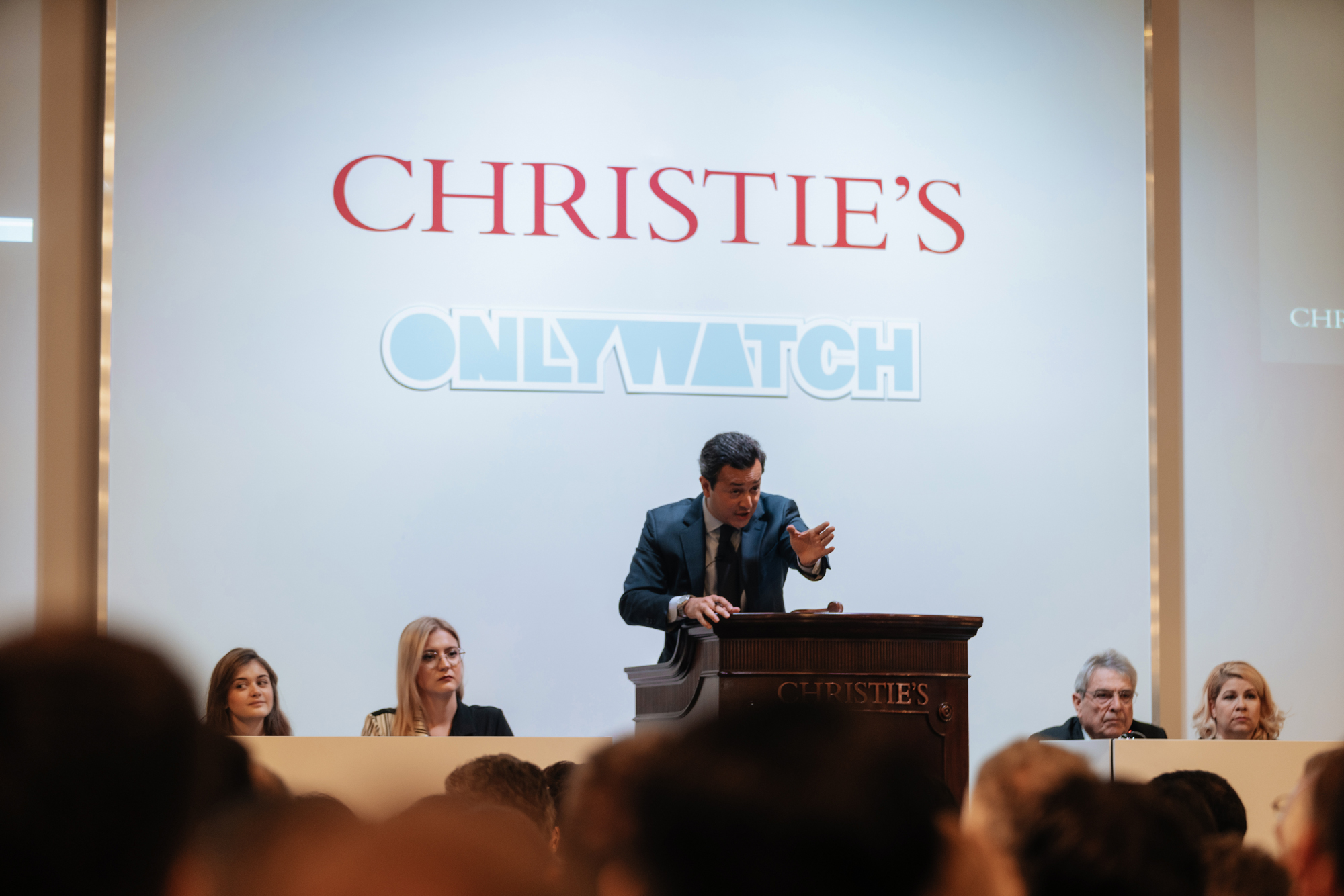 About Only Watch Auction:

The year was 2005 when Only Watch - the biennial charity auction first showcased its watches at Geneva. The charity has been set up under the High Patronage of H.S.H. Prince Albert II and at the initiative of Luc Pettavino, President of Association Monégasque Contre les Myopathies. It has been aimed for the benefit of research into Duchenne muscular dystrophy. With massive support from the watch industry, researchers who Association Monégasque contre les Myopathies support have been able to reach the 'promising stage of preparation for a first clinical trial in 2022, with the reasonable hope of changing the lives of thousands of young people and families.'

So without further ado, here are the top 10 Only Watch watches that we thought deserve a second glance:

Bell & Ross takes the BR01 Cyber Skull and apply the “orange metallisation” process giving the timepiece the attractive orange them for Only Watch 2021. This process is used on the surface if the rear side of the sapphire crystal that sets the dial of the watch.

Audemars Piguet unveils the Royal oak “Jumbo” Extra-Thin Only Watch timepiece in a new Bulk Metallic Glass material which is a combination of titanium and a new palladium-based alloy. This new material gives the watch a new grey hue that is further accentuated with a “Petit Tapisserie" dial that is uniquely found in the original Royal Oak timepieces. Another interesting aspect of this particular watch is the fact that this (the 15202 series) will be the last timepiece of the series that is powered by Calibre 2121 – this was the ultra-thin automatic movement that was first seen in the Royal Oak back in 1972.

Renewing its participation to the 2021 edition of the Only Watch auction is Breguet with the TypeXX – a re-edition of its renowned pilots watch from the 1950s and 1960s. The steel timepiece with a 38mm case come equipped with a straight cronw, bronze coloured dial and screwed steel caseback engraved with the words “Only Watch 2021 Pièce Unique”. The piece is powered by a Valjoux 235 movement that is a vintage hound-wound calibre that is inspired and derived by the Valjoux 222 used by Breguet in the 1950s and early 1960s.

Showcasing a dial that features a miniature “fairy” painting combined with a new dial technique that uses pop sugar, the 2021 Bovet Miss Audret Sweet Fair Only Watch is a one-of-a-kind timepiece. One interesting aspect of the watch is the use of the Amadeo convertible system that transform the timepiece from being a wrist watch to a table clock or a pendant – without any tools!

Taking forward the ZenithXFelipePantone collaboration is the unique DEFY Double Tourbillon Felipe Pantone timepiece. Made in a 46mm saphhire case and powered by the El Primero 9020 movement, Zenith's unique collaboration to the Only Watch auction is beautiful. The watch features an openworked dial with a “Rainbow” PVD coated bridges and a bacl laser engraved main plate. The markers on the dial are coated with a “Rainbow: varnish giving the watch a unique look and feel. The timepiece will come with a Felipe Pantone special watch box, signed by the artist himself, and an artwork made especially for this.

For 2021, Ulysse Nardin takes on a different approach when it comes to its participation in the Only Watch auction. Instead of a timepiece, Ulysse Nardin is offerring up a wackay high-flying clockmaker's object - the UFO. This is a table clock dipped in the colours of the Only Watch auction. Originally released in April 2021 in a metallic blue version, the Only watch auction UFO offers the three connecting cylinders and the three lower ties of the movement in orange. Additionally, the power reserve disk, the decorative insert with the Ulysse Nardin emblem (the anchor) and the three dials are also painted orange, albeit in different shades.

TAG Heuer brings forward an iconic and ultra timepiece – the Monaco “Dark Lord” for the 2021 Only watch auction. Made from carbon, the watch combines the Monaco's avant-garde design with a cutting edge material like carbon. The Only Watch Carbon Monaco makes extensive use of carbon; from the case and the sketonised dial to the hairspring in the movement. The watch is powered by the unique Heuer Calibre 02 and is one of the first watches to be fitted with a carbon hairspring. The hints of orange seen on the dial via the hands and chronograph counters completes the watch and makes its a capture a place on our list of 2021 Only Watch auctions editions to look out for.

Presented in a 47mm carbon fibre and balck DLC stainless steel case with a bright orange dial, the all new Maurice Lacroix AIKON Master Grand Date Only Watch 2021 sticks to the theme of the auction with an eye-catching aesthetics that are hard to miss. This timepiece has been crated in collaboration with Mahindra Racing for which Maurice Lacroix is the Official Timekeeper. Powered by the ML331 Automatic , this is the first time that Maurice Lacroix has presented an example of its highly successful AIKON collection in carbon fibre.

Sticking to what it is good at, H. Moser & Cie participates in the 2021 Only Watch auction with the Streamliner Cylindrical Tourbillon Only Watch – one of the few watches without a trace of orange in its design. Despite the absence of the Only Watch colour theme, the timepiece makes an impression with its 40mm Streamliner case, Vantablack®(the darkest man-made substance in existence) dial set with a three-dimensional movement that was developed in collaboration with MB&F, a domed sapphire crystal that enhances the dial even more and an integrated steel bracelet for maximum comfort.

The F.P. Journe FFC Blue is the result of a collaboration between Francis Ford Coppola and F.P. Journe. During one of their dinners in 2021 Francis Ford Coppola’s house in the Napa Valley, he had asked Journe if it was possible to create a watch that could tell time with a hand. The result is the Octa Caliber 1300-based automaton watch called the FFC Blue. This watch features a five-fingered hand on the dial that instantly appears and disappears in various positions to tell time. These fingers were inspired by a mechanical hand that was created by Ambroise Paré (1509-1590). How do we read time on this watch? The minutes are read by rotating disk at the 12 o’clock position, while the mobile fingers appear or disappear instantaneously to display the hour according to their positions.

Before the auction begins in November, all the watches from the 2021 Only Watch collection will be presented to the public, media and watch lovers across the globe. This will be done via a promotional tour that will start on the 22nd of September in Monaco at the Monaco Yacht Show. The tour will then travel across the globe from Dubai, Tokyo Singapore, and Hongkong to finally end in Geneva on 6th November at the Seasons Hôtel des Bergues.

For more information on the Only watch auction, visit here.