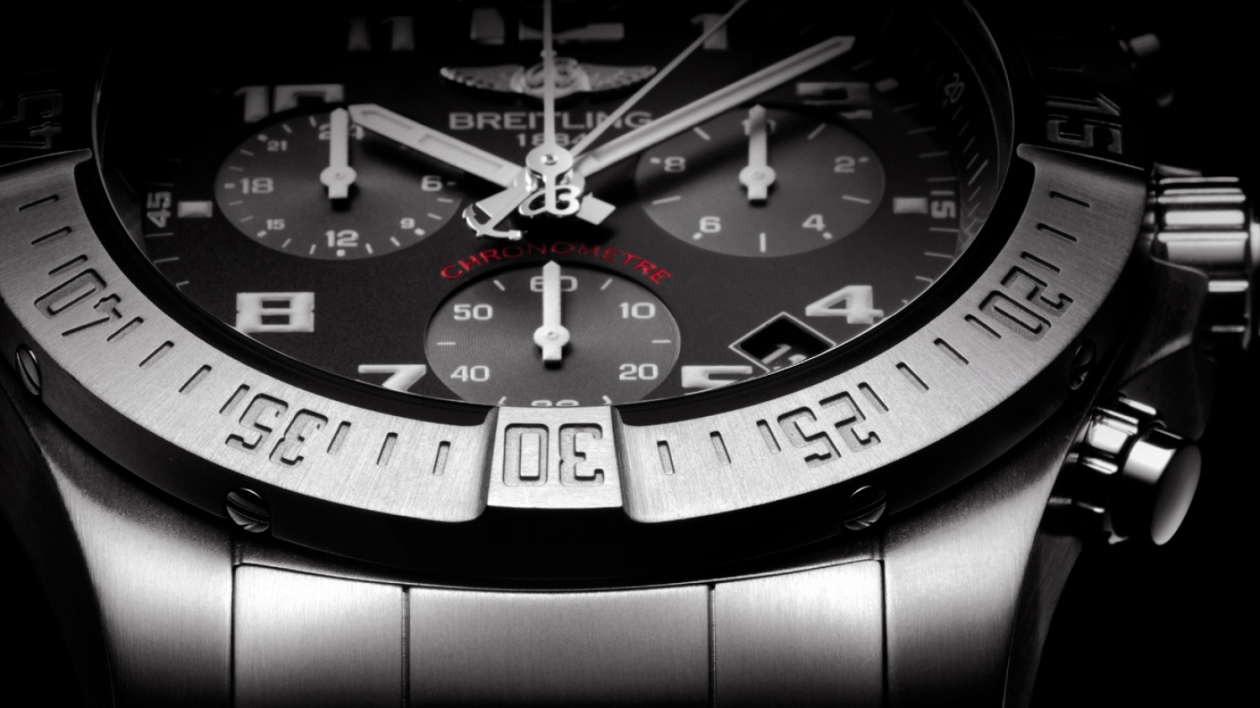 Breitling introduces its new electronic model from the Professional range: the Chronospace Evo B60 with the first analog-display quartz movement.

Famous for their professional horological instruments, Breitling increases their range with the latest addition to the professional collection: the Chronospace Evo B60. Known as the only electronic model equipped exclusively with pointer-type display, the new Chronospace Evo redefines their status further as the first Breitling model to house an analog-display quartz movement developed entirely by the brand. 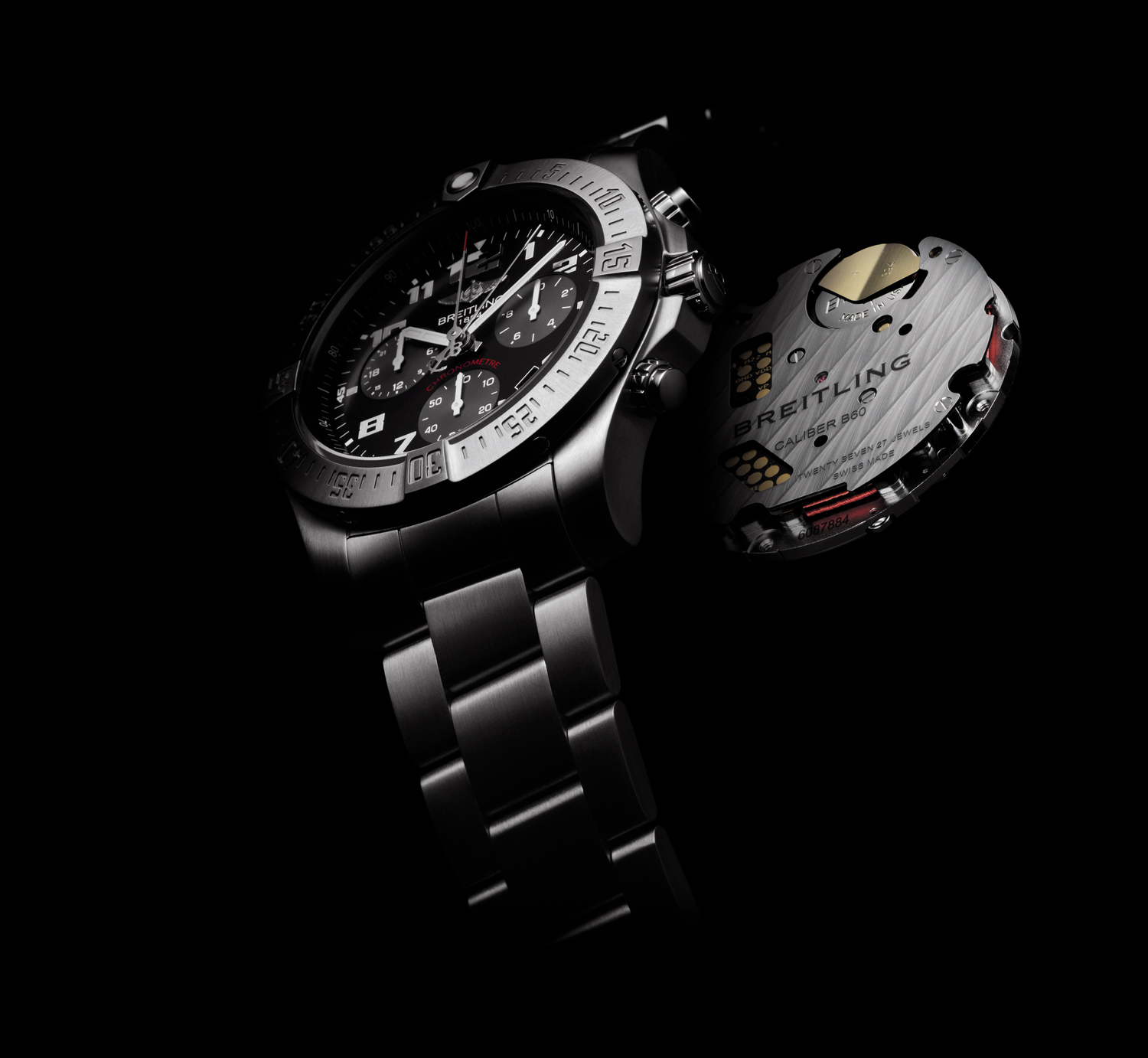 "The new Chronospace Evo redefines their status further as the first Breitling model to house an analog-display quartz movement developed entirely by the brand."

The B60 “engine”, developed and produced entirely in the Breitling manufacture in Switzerland, combines the B50 caliber with both analog and digital displays and comes equipped with aviation-dedicated functions, making it the brand's first connected chronograph. The B60 electronic movement includes all the functions necessary for a professional instrument. It is ten times more precise than a standard quartz movement, and is chronometer-certified by the COSC ( Swiss Official Chronometer Testing Institute). The thermocompensated SuperQuartzTM caliber is a special addition to Breitling's already wide range of mechanical Manufacture movements.

The avant-garde connected chronograph is available in two dial options: black with slate gray counters and blue with black counters. The titanium case encloses the dial which clearly displays the tenths of a second counter between the 2 and 3 o' clock positions. Both the central chronograph white luminescent hands are marked to represent the functions – the red-tipped one is for the seconds and the white-tipped one for minutes. The 9 and 10 o'clock positions include a 24-hour counter between them. 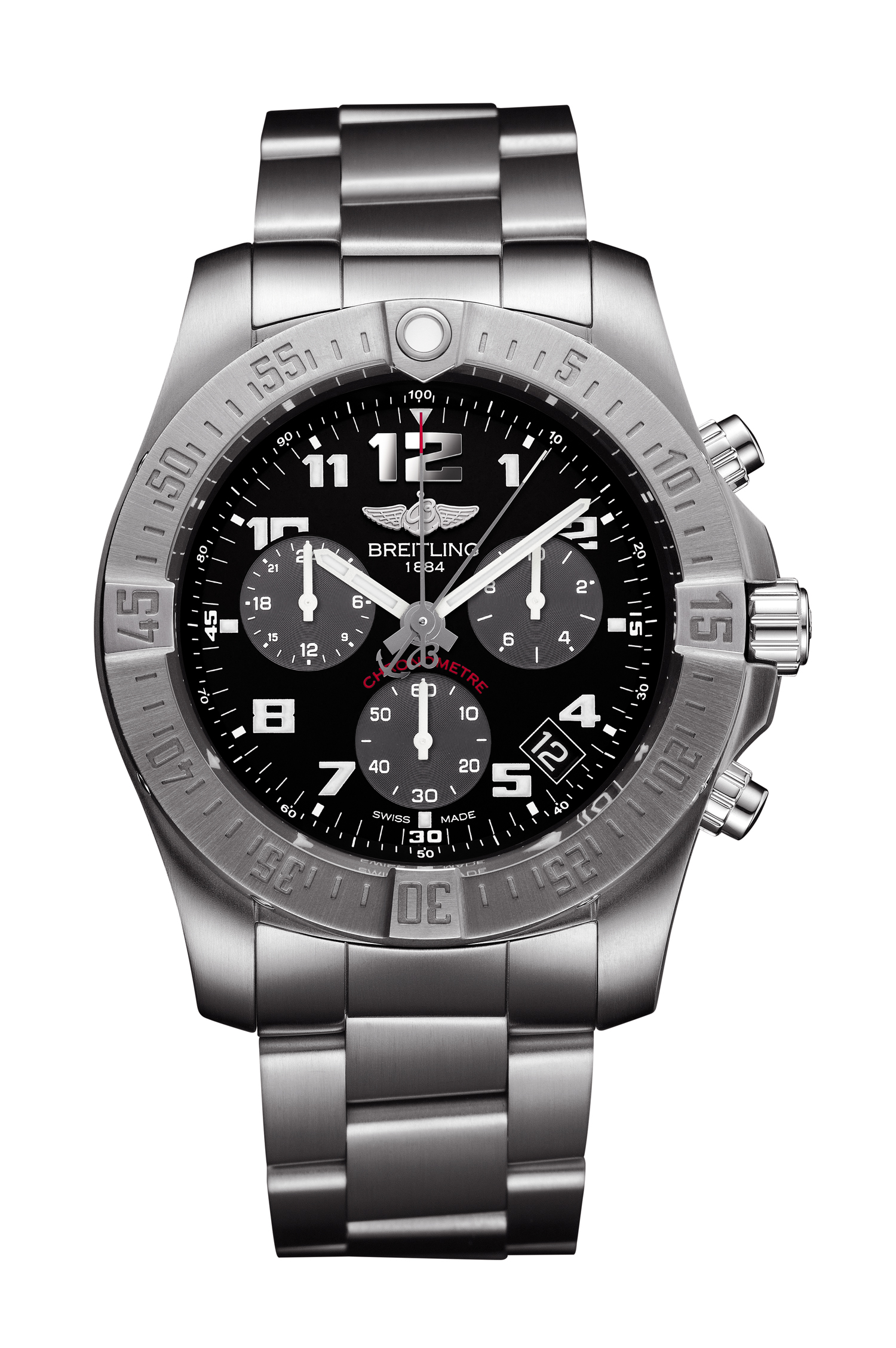 The 4 o'clock position has a pushpiece on the side which can be used to the stop the chronograph at will in order to measure the split times. A second push further enables the hands to move back to the correct position and continue the timing operation. The unidirectional rotating bezel includes four rider tabs which serve their purpose well by marking off the times.

The Chronospace Evo B60 is water-resistant to 100m (330 ft), comes with a screw-locked crown as a protective reinforcement and is available in three strap options: a titanium bracelet and a leather or rubber strap.