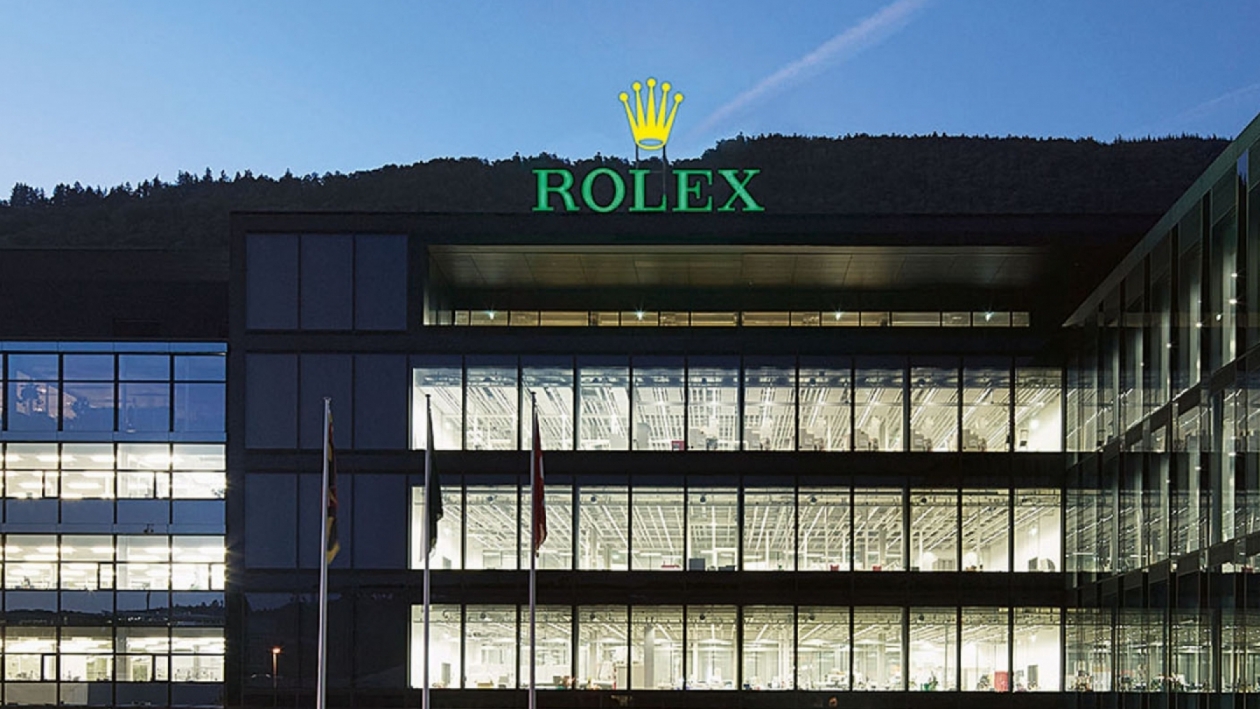 COVID-19 and the Wristwatch Industry: A Timeline (Updated)

A summary of the events that have taken place at the wake of the global pandemic.(Last Update: 7th April, 2020)

TAG Heuer became the latest Swiss watch manufacturer to temporarily halt production at its workshops due to concerns over the ongoing worldwide health crisis brought about by the COVID-19 coronavirus. Here’s a chronological look at how the pandemic has impacted the watch industry thus far this year.

February 3: The Swatch Group announces it will be canceling its “Time to Move” event, scheduled to be held in Zurich on March 4-6, during which prestige brands Breguet, Blancpain, Glashütte Original, Jaquet Droz, and Harry Winston were set to launch their 2020 releases.

February 4: Baselworld’s event organisers announce they are “analysing and observing the situation” regarding the virus’s impact on travel and events. 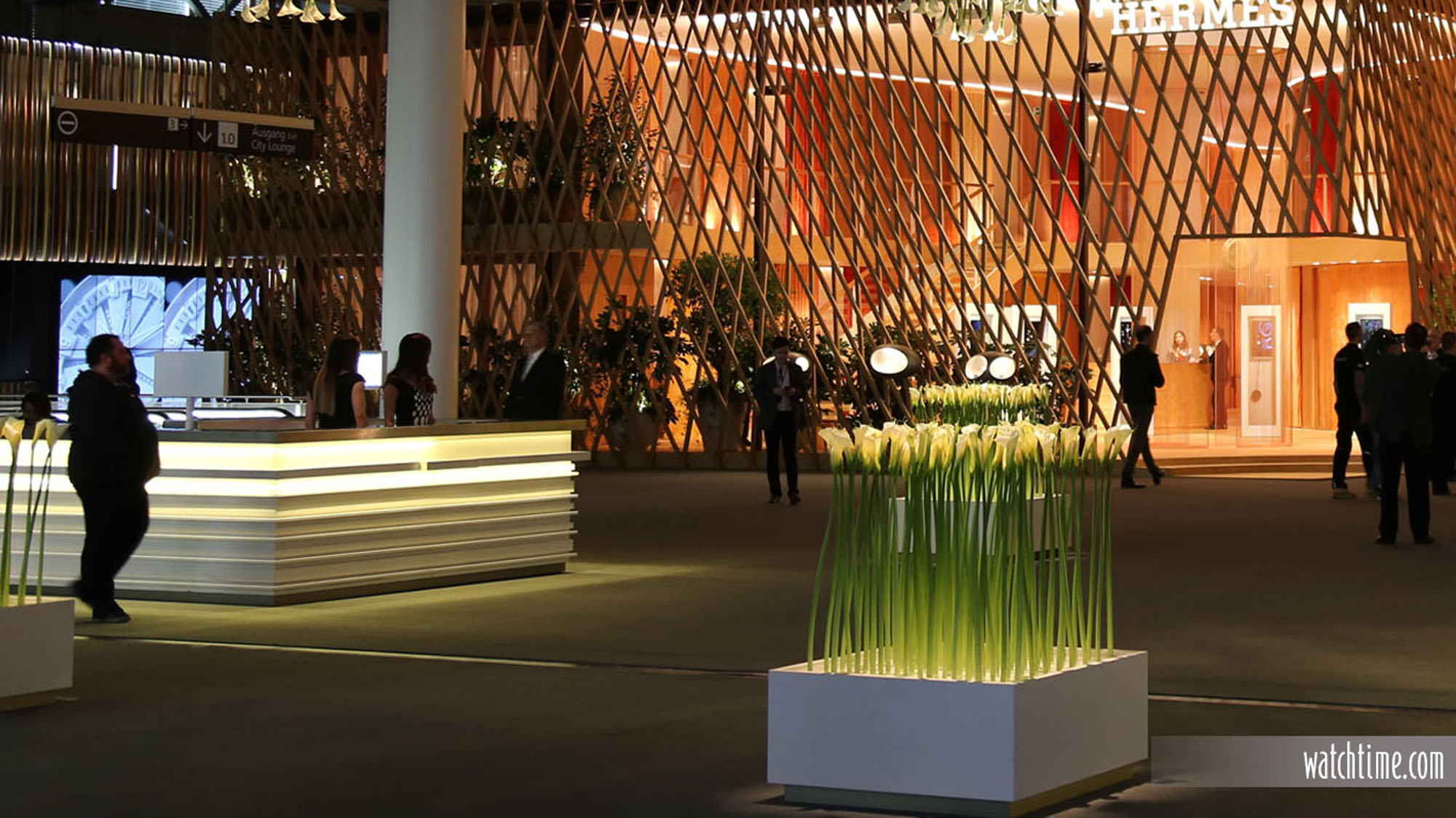 February 11: Bulgari pulls out of the 2020 Baselworld show, scheduled from April 30 to May 5, citing “growing traveling uncertainties of international visitors.”

February 12: Grand Seiko, which had already withdrawn from Baselworld, cancels its Summit event in Tokyo, in which it planned to unveil models celebrating the Grand Seiko model’s 60th anniversary. This event was also set for the first week of March.

February 20: Baselworld managing director Michel Loris-Melikoff declares that “Baselworld 2020 is on track; we are planning the coming show as intended.”

February 24: Citizen Watch Co. announces its exit from Baselworld 2020 due to coronavirus concerns, becoming the third major Japanese company to withdraw from the event after Seiko and Casio.

February 27: The Fondation de la Haute Horlogerie announces the cancellation of the Watches & Wonders event, which was scheduled to be held from April 25 to 29 in Geneva. The FHH cited the “potential risks that travel and important international gatherings could entail” due to the COVID-19 virus. The event, formerly known as the Salon International de la Haute Horlogerie, or SIHH, and populated chiefly by the watch maisons of the Richemont Group, was set to mark its 30th year. The Movado Group, which had planned its own Summit event for retail partners and distributors in Davos, also quietly cancels its show. 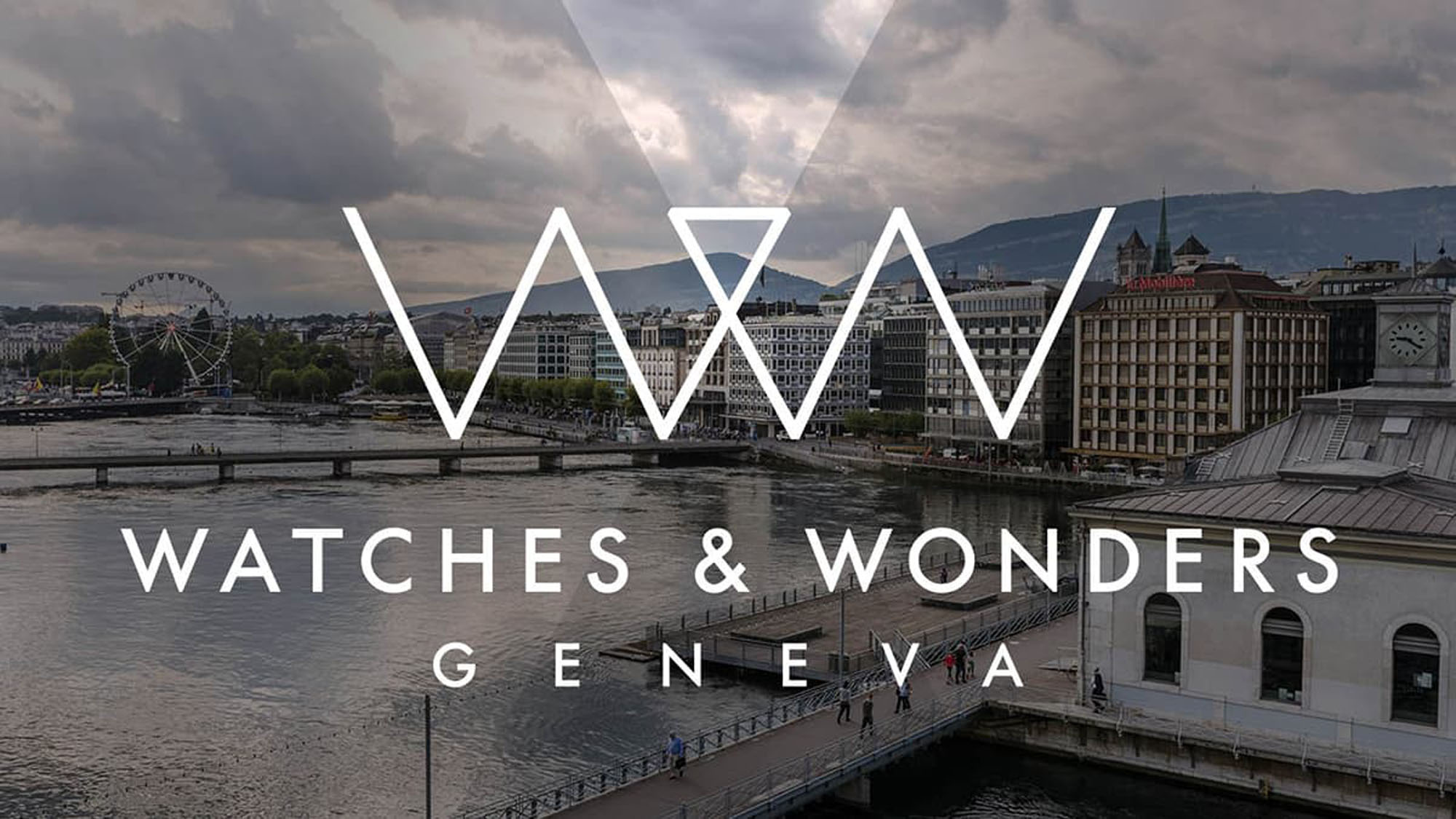 February 28: An eventful day begins with an emergency meeting of Switzerland’s Federal Council, which results in a nationwide ban on gatherings of more than 1,000 people. Just hours later, left with no choice due to the open-ended new law, Baselworld’s organisers announce what they describe as a “postponement” of the event, from May 2020 to January 2021.

March 2: Eight watch brands, led by Bulgari, announce their intention to organise “Geneva Watch Days,” a smaller exhibition to be held in hotels throughout Geneva during the week vacated by Watches & Wonders. The scaled-down event was set to include Breitling, Bulgari, Gérald Genta, Girard-Perregaux, MB&F, Ulysse Nardin, De Bethune, Urwerk, and possibly others. While no update has been forthcoming in the several weeks since the announcement, the likelihood of this event materialising now appears remote. 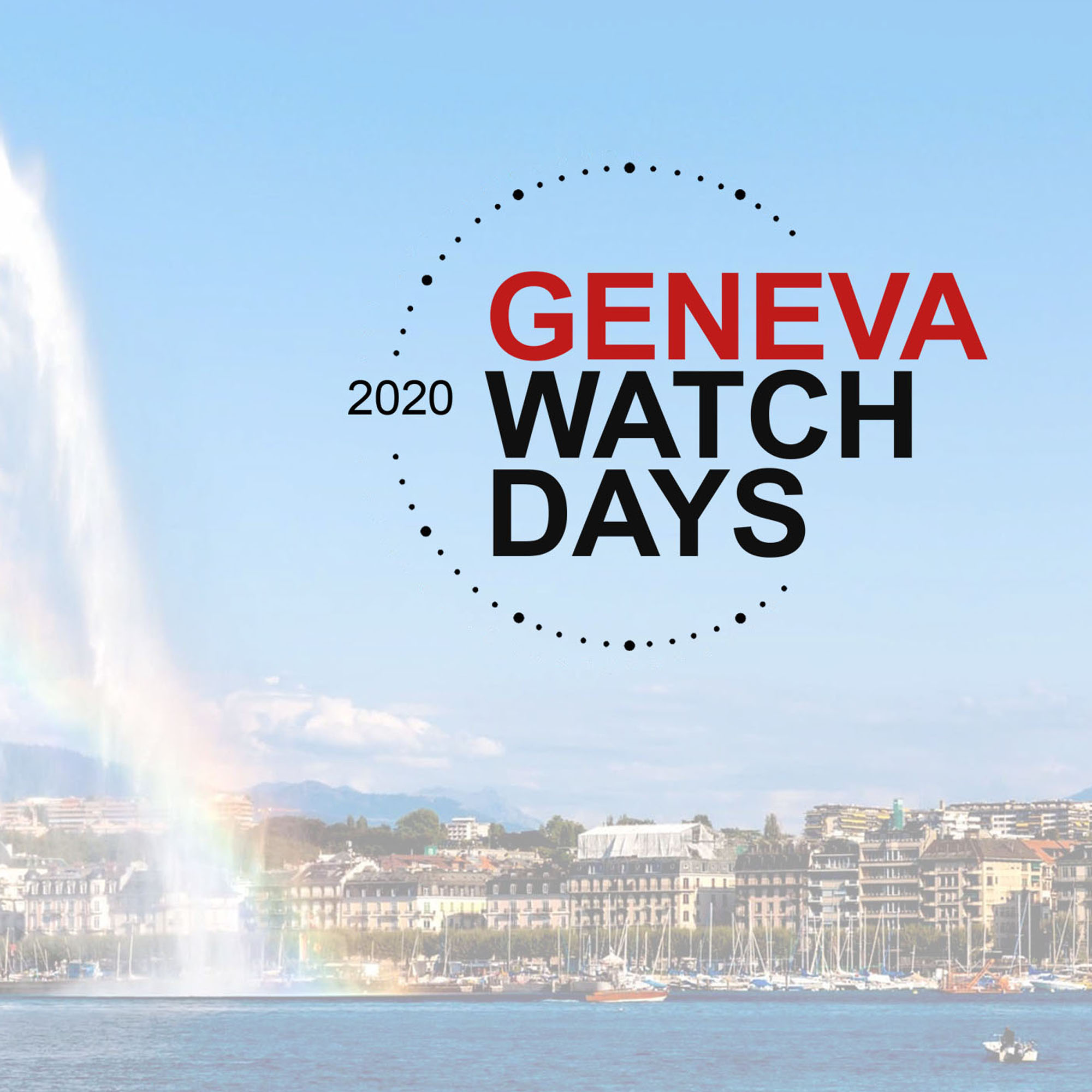 March 4: The newest James Bond movie, No Time to Die, has its world premiere pushed from April to November, likely impacting sales for Omega. the official watch of the Bond franchise.

March 12: In what is likely the last major luxury-watch launch event until at least the summer, TAG Heuer rolls out its new Connected Watch at a New York City gala, just a few days before the city and state of New York begin imposing strict restrictions on public gatherings.

March 16: Two major corporations react to the pandemic. LVMH (Louis Vuitton-Moët Hennesey), which owns TAG Heuer, Bulgari, Zenith, and Hublot, as well as luxury fragrance brands Christian Dior and Givenchy, switches production from perfumes to disinfectant gel to aid efforts to slow the spread of COVID-19. Meanwhile, Rolex announces it will be shutting down production at its factories for 10 days, in the hope of reopening on March 27. 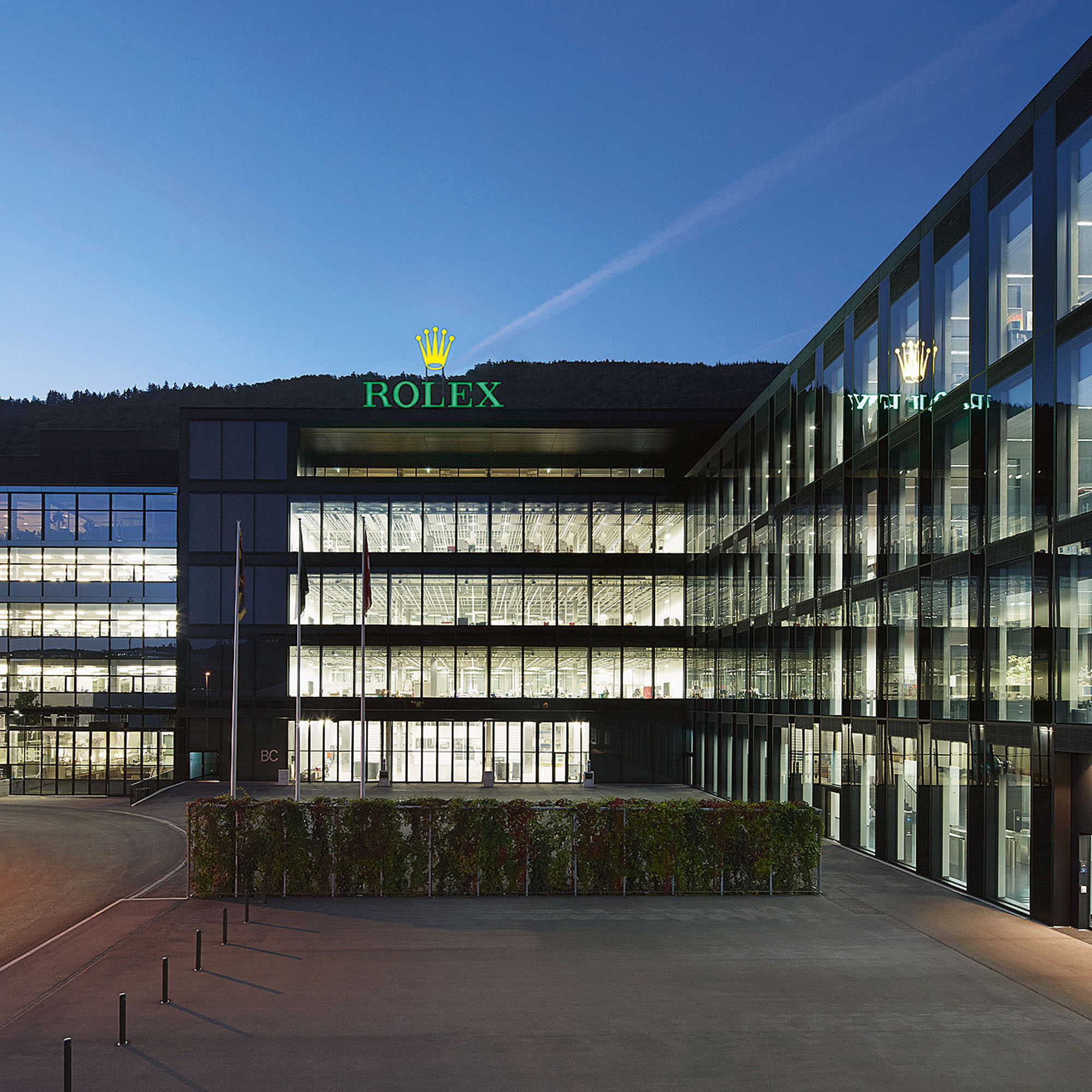 March 17: On a historically low-key St. Patrick’s Day, Hublot also announces a shutdown of its manufacturing facility in Nyon, with no reopening date yet announced.

March 18: Another annual staple of the watch-world event calendar, Las Vegas’s JCK Watch and Jewelry Show, scheduled for June 2-5, is postponed to an as-yet-undetermined date. The Couture Show, which runs concurrently with JCK and also features both watch and jewelry exhibitors, stands pat for now, with its organisers “evaluating all our possibilities.”

March 19: Swiss-based retail giant Bucherer closes all of its showrooms worldwide, including all of its Tourneau stores.

March 20: TAG Heuer becomes the latest major watch manufacturer to close its production facilities in Switzerland, along with many regional offices.

March 23: Swatch Group CEO Nicholas Hayek states that the company’s production facilities are planned to remain open, citing what he describes as an improving situation in China, one of the Swatch Group’s major markets.

March 24: The President of the International Olympic Committee and the Prime Minister of Japan release a joint statement confirming that the 2020 Tokyo Olympic Games, scheduled for July, have been postponed into 2021. In the wake of the Bond movie release postponement, it is the second major marketing blow this year to Omega, official timekeeper of the Olympic Games. The Geneva Watch Days event is postponed until August 26-29.

March 25: Italian watch-and-jewellery giant Bulgari donates hundreds of thousands of bottles of hand sanitiser, produced in cooperation with its fragrance partner ICR, to Italian medical facilities battling the spread of the coronavirus. In a statement, Bulgari CEO Jean-Christophe Babin said, “I believe as a major economic actor and symbol of Italy, Bulgari has a responsibility to contribute to the national effort to help prevent, fight and eradicate Covid-19… We  believe it is our duty to contribute with our know-how and production facilities and we thank the Italian Civil Protection Department who will take care of the collection and distribution.” 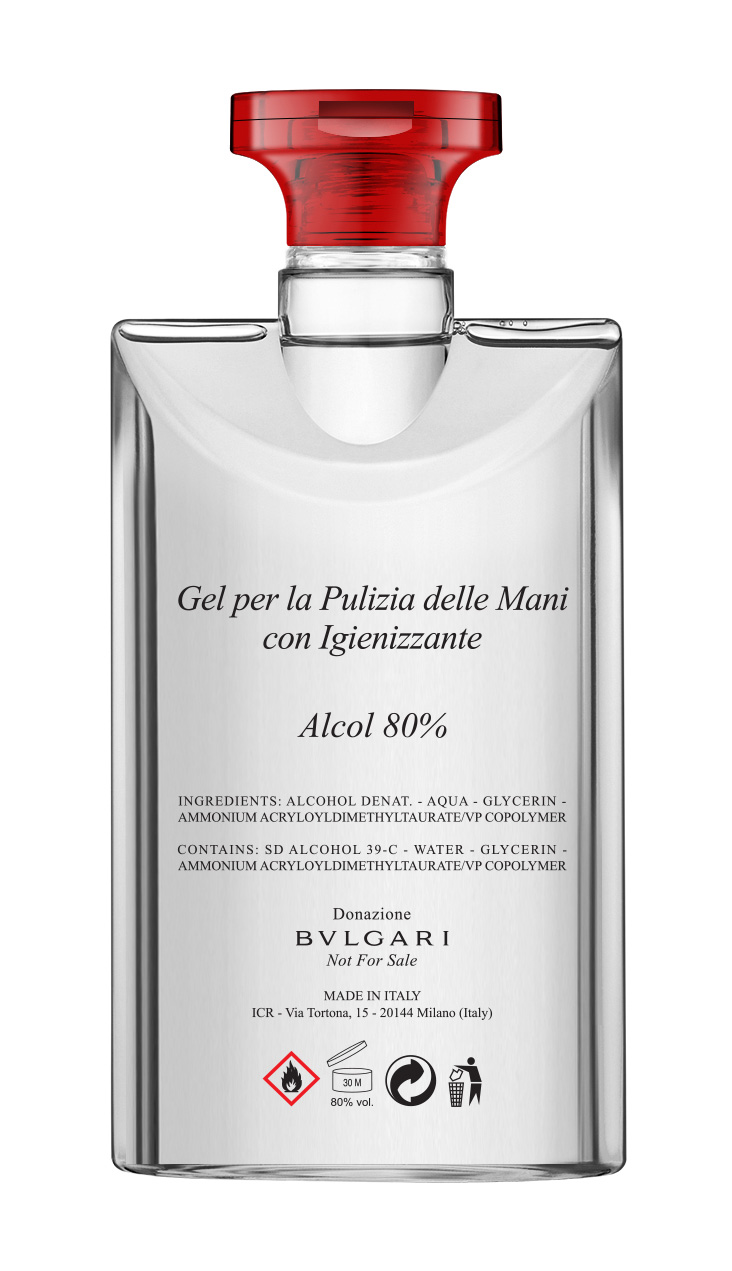 March 30: According to sources among its retail partners, Patek Philippe, which traditionally unveils its new timepieces annually at Baselworld, postpones all of its 2020 launches to 2021.

March 31: The organisers of the Couture Watch and Jewellery show announce the cancellation of the 2020 event, officially ending speculation about both of the industry’s Las Vegas showcases. Hublot, with its factories and retailers closed, launches a “temporary retail strategy” focused on its Digital Boutique, which offers “a remote 3-D facilitated access to products, knowledge, and know-how” and “bespoke customer service.” 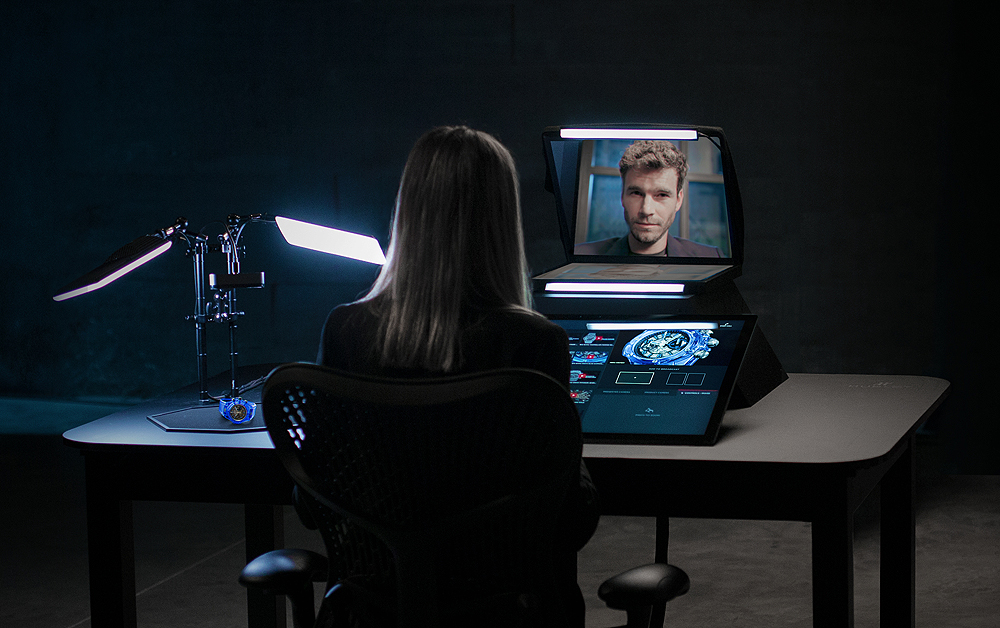 April 7: Rolex and Tudor, which were set to unveil their new 2020 products on April 30 in the wake of the Baselworld cancellation, announce that these releases will now be indefinitely postponed.

April 10: The second annual WatchTime Los Angeles collectors’ event, scheduled for the last weekend of May, is postponed indefinitely.