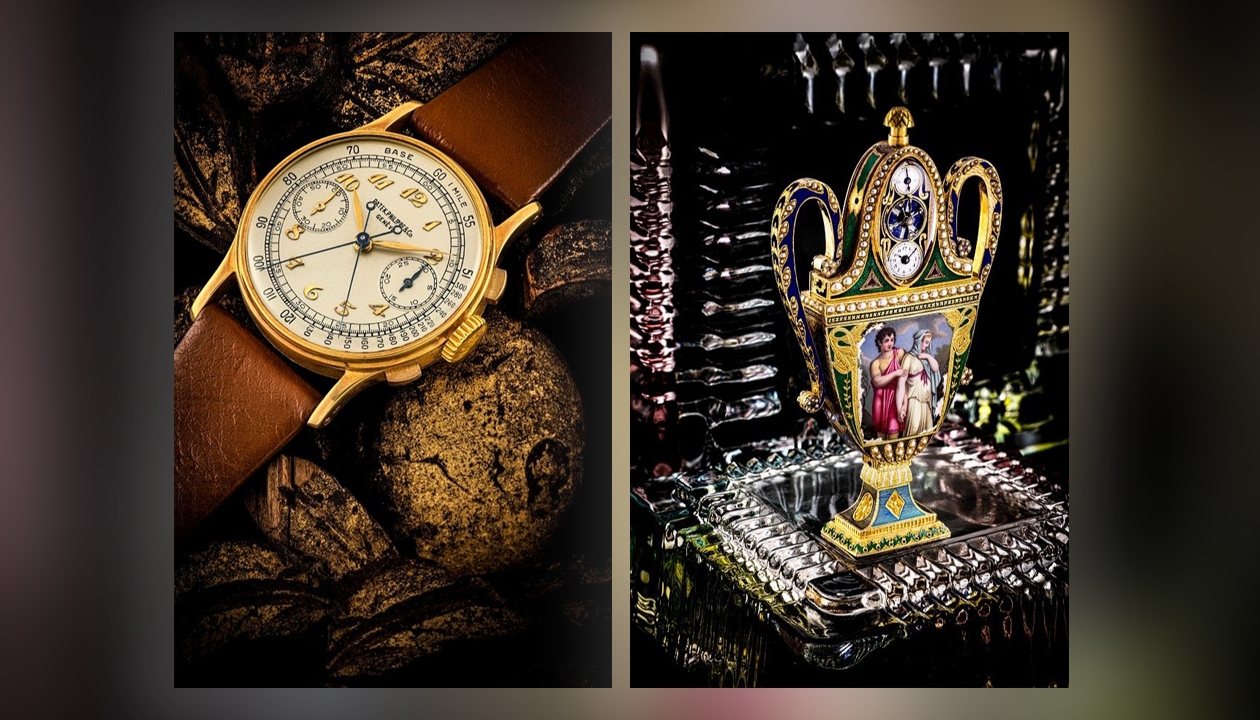 Christie's Hong Kong Important Watches acution is presenting two historical rarities on November 27, 2021. The first in the line is a historically important Patek Philippe split-second chronograph Ref. 1436 in 18K yellow gold from 1946, and the second is an 18K gold and enamel, pearl-set musical, perfume flask, and automaton amphora-form watch.

Related | First & Only: Rolex Deep Sea Special N°1 is up for sale at Christie's

Henri Graves Jr. was an American banker who is known for his commissioned Patek Philippe timepieces. The patron of Patek Philippe ordered the Ref. 1436 18K gold split-second chronograph wristwatch with Breguet numerals in 1946 and acquired it a year later. 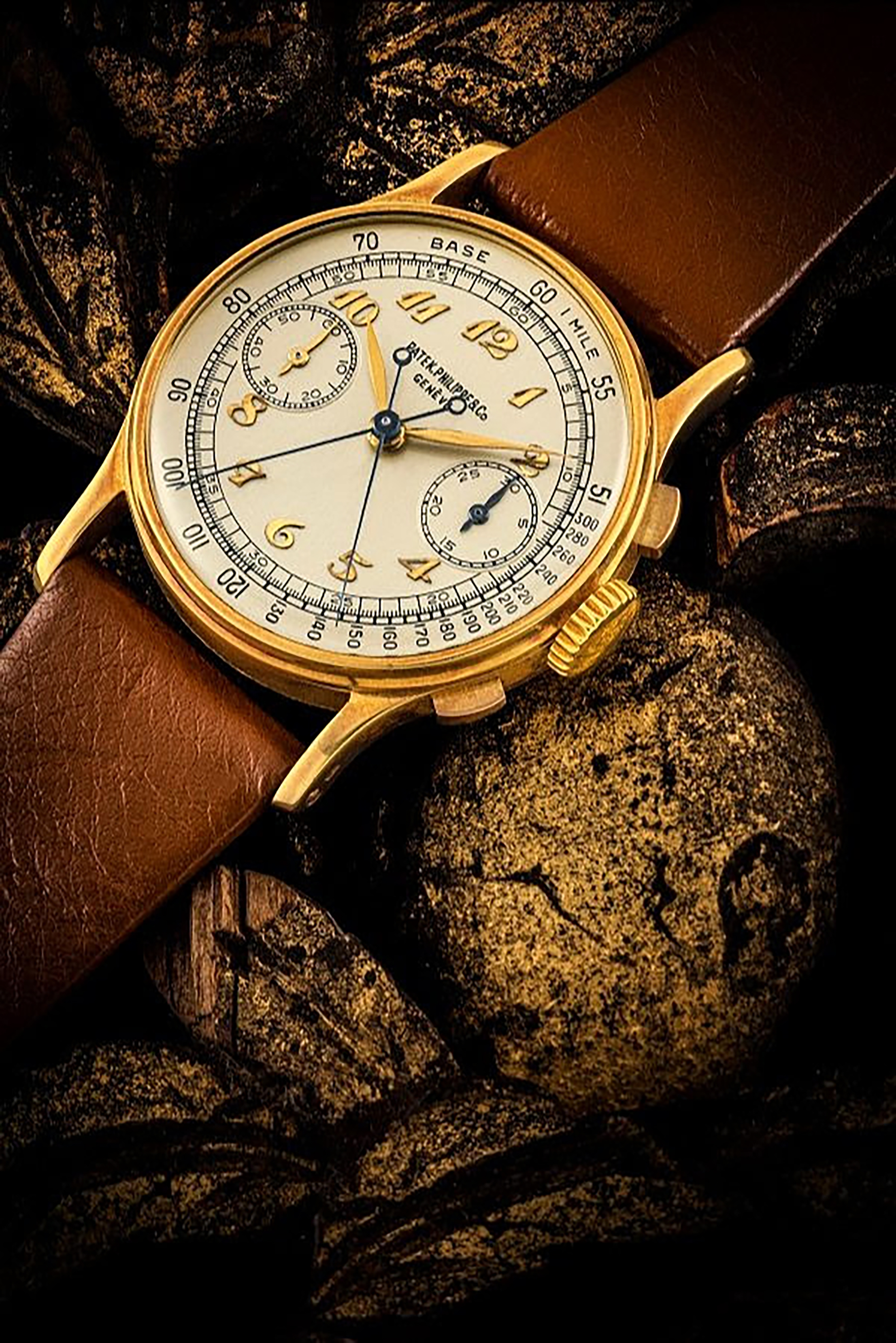 Soon after Patek Philippe presented Ref. 130, requests from watch enthusiasts to produce a wristwatch capable of timing two separate events started pouring in. This development gave birth to the Ref. 1436 in 1938 which was discontinued in 1971. Its rarity can be very well-acknowledged given that only 140 examples were made during its 33 years production period.

This Patek Philippe Ref. 1436, set to be auctioned at the Christie's, features applied gold Breguet numerals. It is also interesting to note that this dial variation is often considered one of the most attractive dial variations in watchmaking. Perhaps what makes it a rarity is its Breguet numerals dial thought to be the least-commonly made dial for this reference, with most examples featuring baton or a combination of the baton and Arabic numerals. Over a dozen of Ref. 1436 models up to now have been spotted sporting such a dial. Making it a true collector's item is the fact that this timepiece last appeared at an auction about 10 years ago.

Piguet & Capt was the most important Geneva makers of complicated small automata and watches in the early 19th century. Now, an amphora-form watch has been attributed to Piguet & Capt - the 18K gold and enamel, pearl-set musical, perfume flask, and automaton amphora-form watch. A legend has it that this exquisite and rare timepiece was made for the Chinese imperial family around 1805. 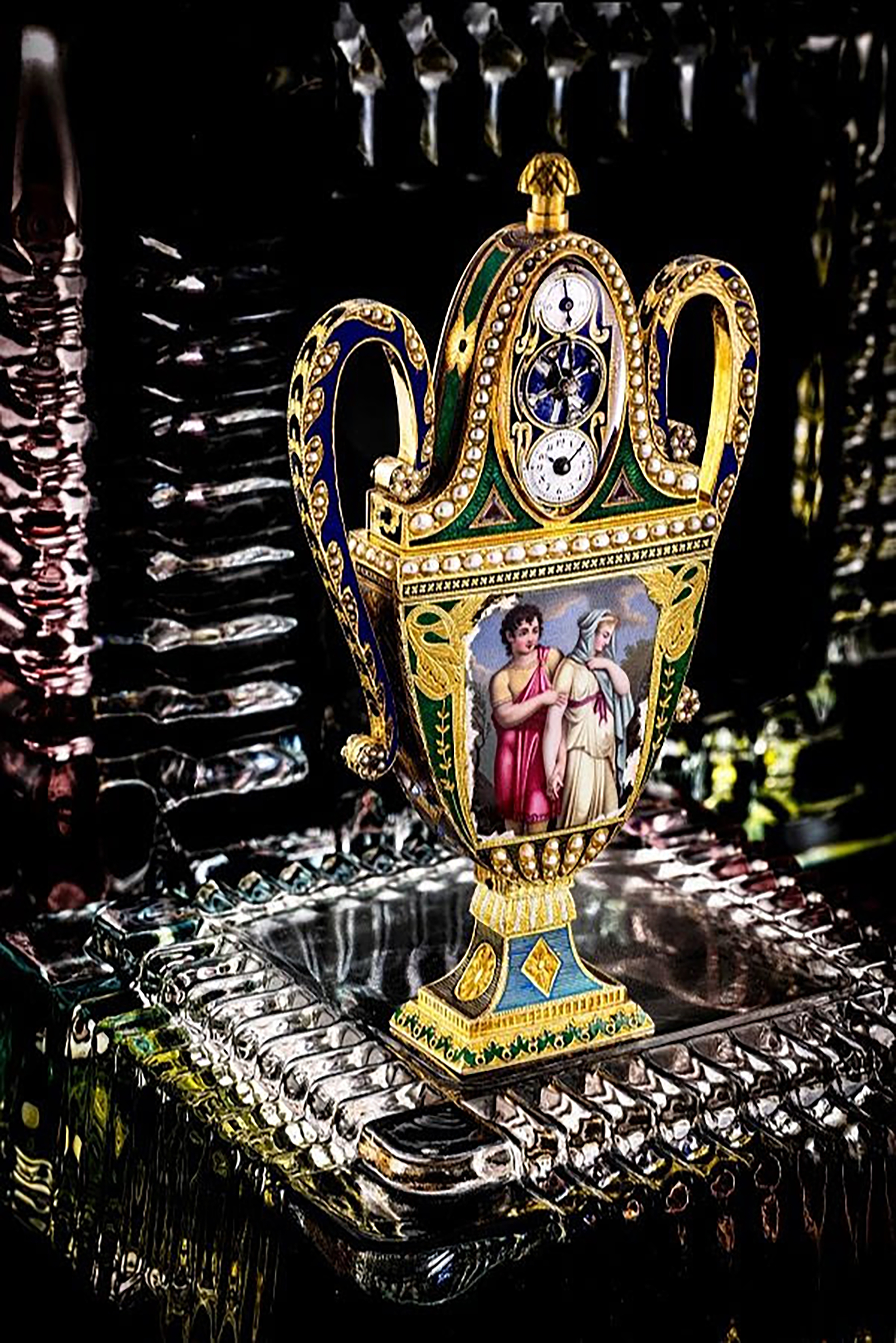 This amphora-form watch is not alone as its twin also exists that has been stored and exhibited in the Patek Philippe museum. The passage of time, two centuries in this case, wasn't so harsh on the 18K gold and enamel, pearl-set musical, perfume flask, and automaton amphora-form watch as it is being auctioned in a very good condition. Never has it ever appeared in the market before and this makes it an exclusive collector's item - an other-worldly piece of meticulous mechanics and craftsmanship that augments the very vivid imagination of the watchmaker.