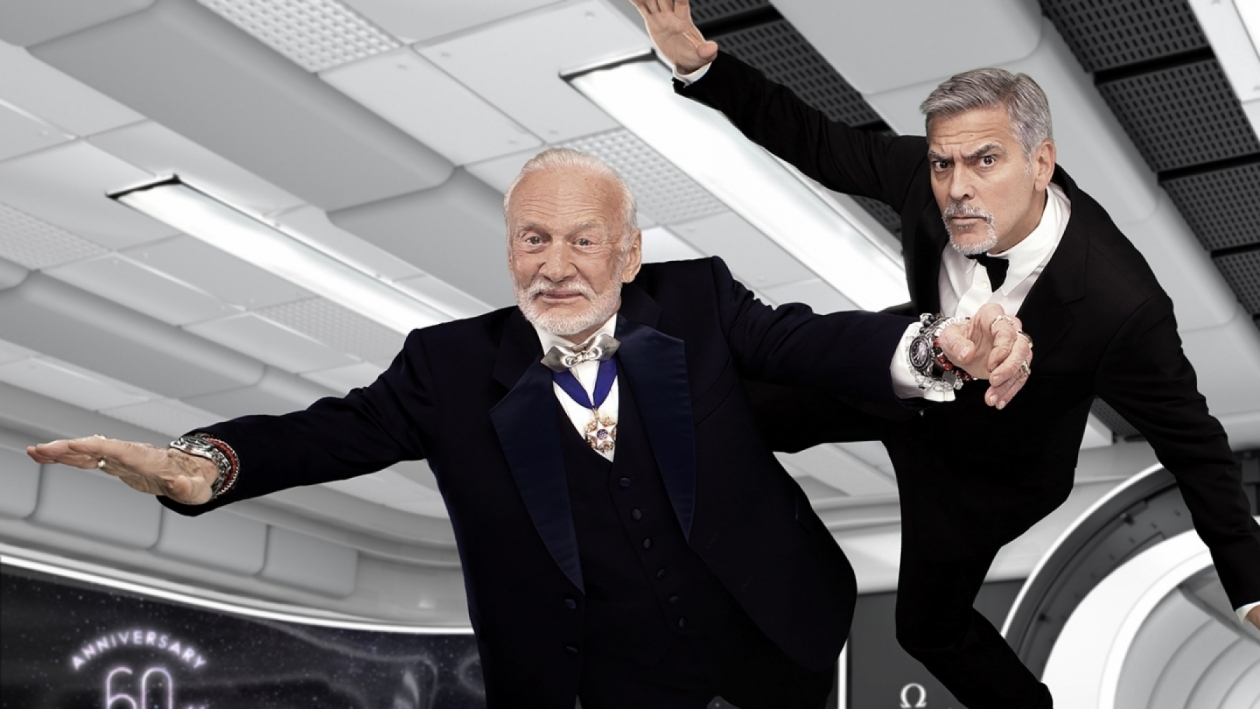 Omega's Tribute to the Last Man on the Moon

Commemorating 60 years of the Speedmaster, Omega recently hosted a “Lost in Space” satr-filled event in London, with George Clooney and Buzz Aldrin as the Guests of Honor.

Paying tribute to Omega's legacy in space exploration, Omega's “Lost in Space” event provided a sensory experience to the audience. Hosted by Professor Brian Cox at London's Tate Modern, the event saw Buzz Aldrin appear on stage in his spacesuit, after 48 years. 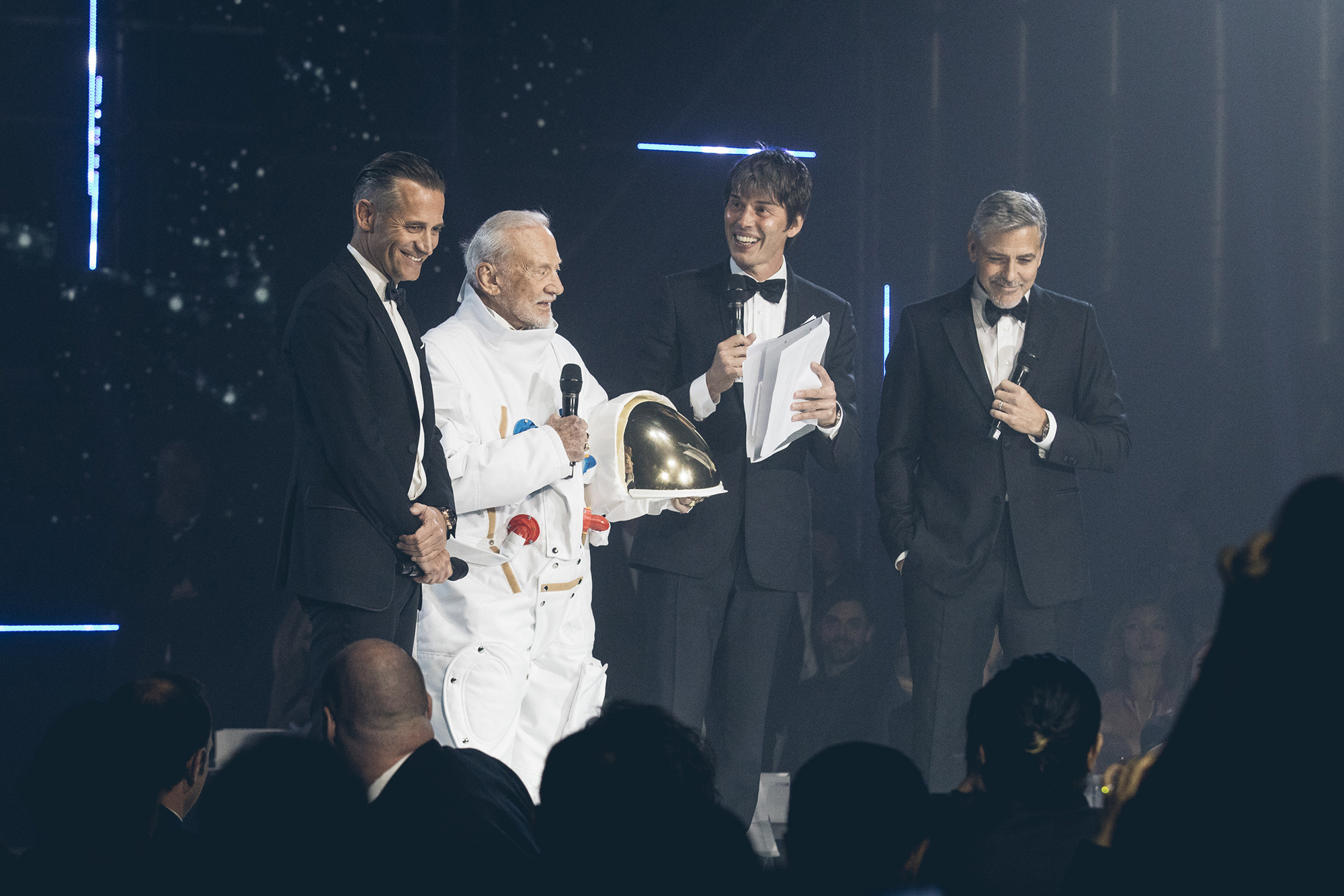 The event was also honored by the presence of renowned actor, George Clooney. A dedicated follower of the Speedmaster and the a huge fan of space explorations, the collection holds a special place in his heart. 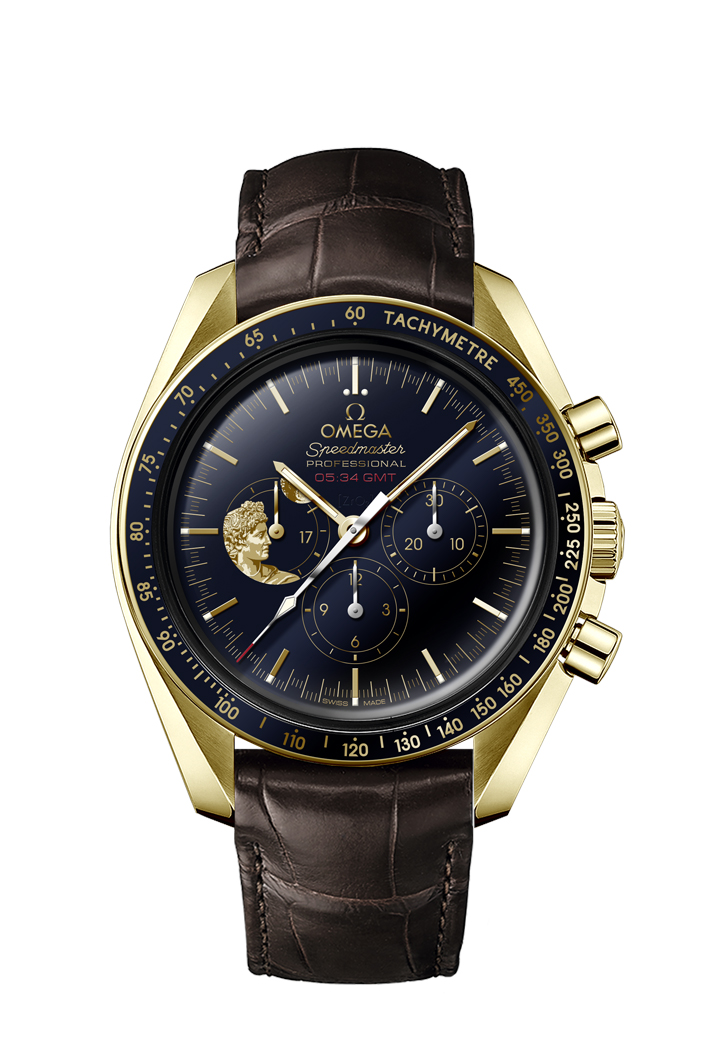 Omega paid tribute to the “Last Man on the Moon” with the Omega Speedmaster Moonwatch “Apollo XVII”. Limited to 72 pieces, the watch commemorates the 45th anniversary of the final moon landing in 1972.

The caseback is engraves with “45th Anniversary”, “Limited Edition” and a unique number, and is mounted with a central 18k white gold Apollo XVII medallion with an embossed eagle, “APOLLO XVII” and “a tribute to Gene Cernan”. 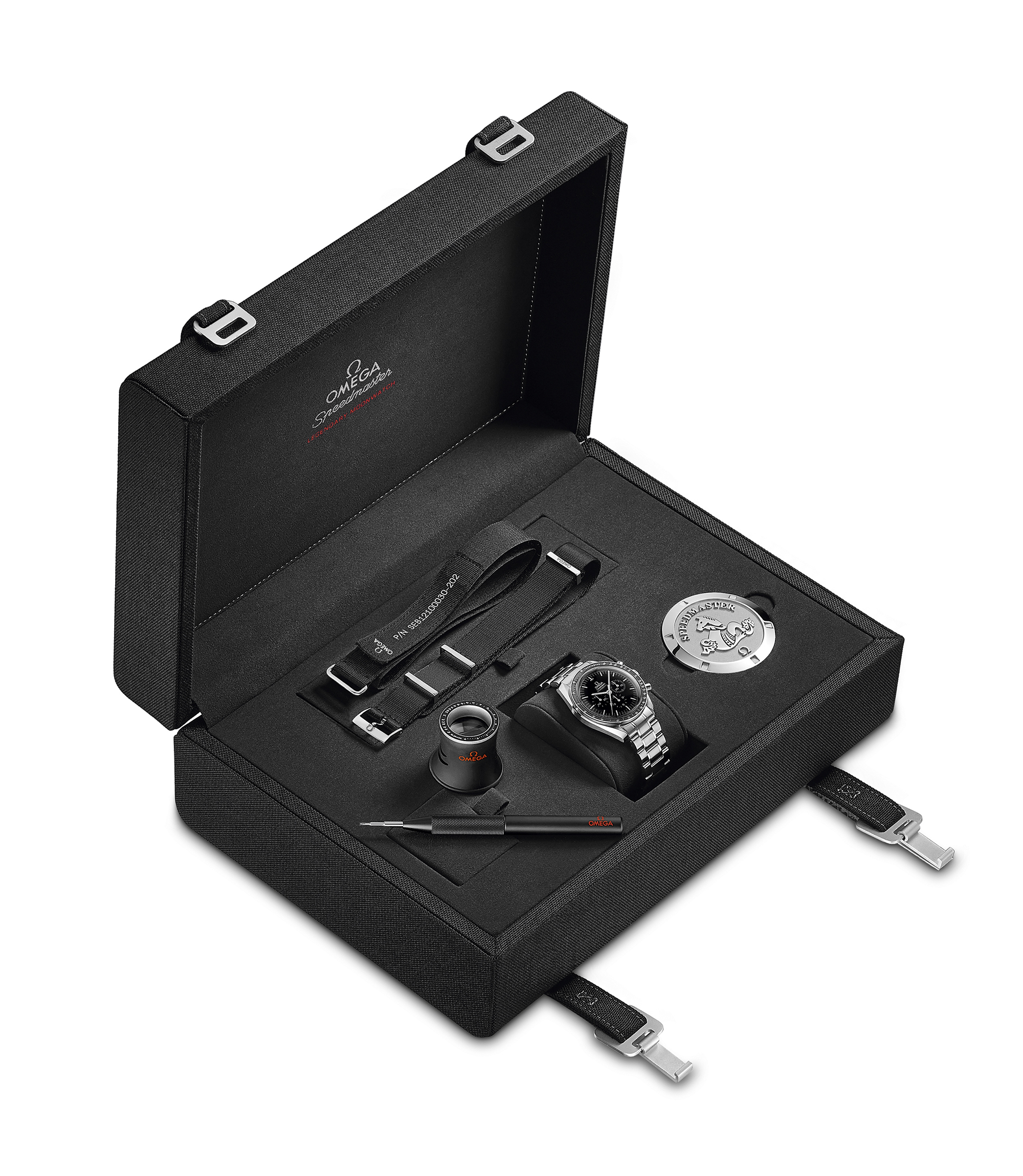