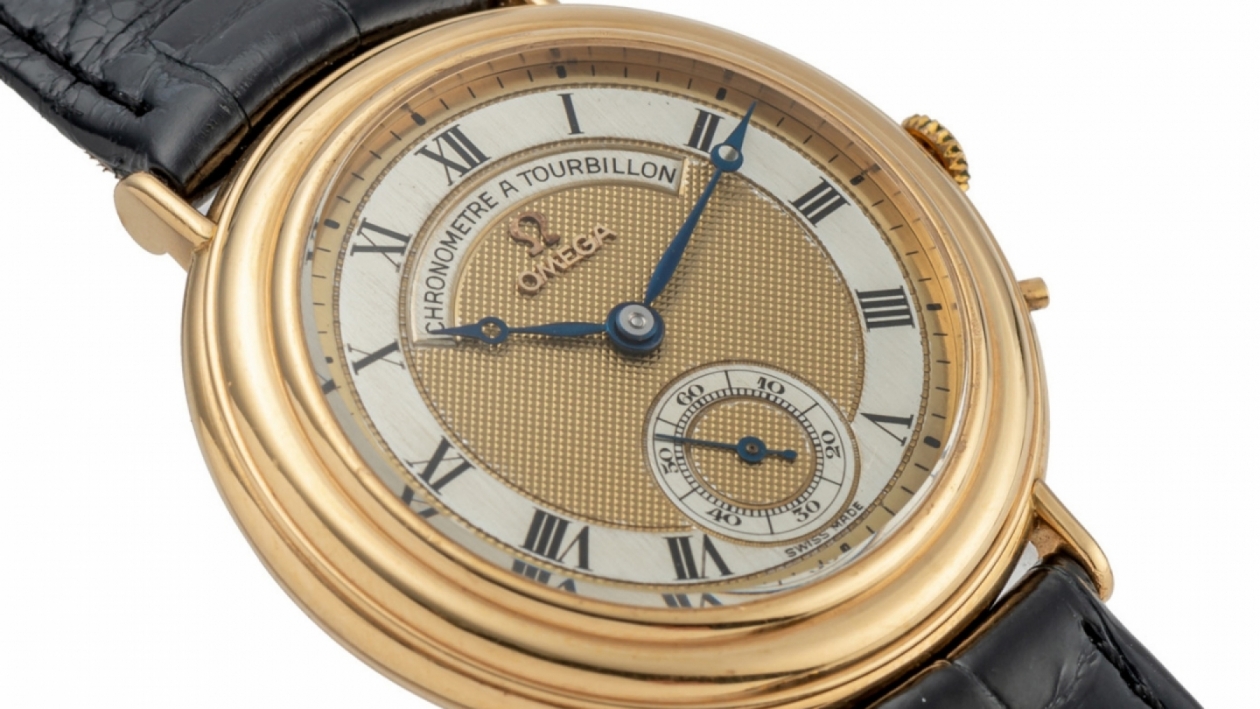 Three watches that smashed records at the recent Antiquorum auction

Why an Omega, Rolex, and A. Lange & Söhne broke records at Antiquorum's weekend auction.

As we come out of an auction-packed weekend – Antiquorum had its ‘Important Modern & Vintage Timepieces’ auction this Sunday, the same weekend that Phillips had ‘The Geneva Watch Auction: XIII’ – what’s to be noted are the world records smashed. At Phillips, the most talked about watch was the Patek Philippe Two-Crown Worldtime ‘Eurasia’ or ‘Silk Road’ Ref 2523, which sold for CHF 7,048,000 and broke the record for the highest price for a wristwatch in yellow gold ever sold at auction. At Antiquorum, three watches hit it out of the park and broke records -- a Rolex, an Omega, and an A. Lange & Söhne, all of whom we briefly wrote about in this piece. Here’s a deeper look at what is special about them, and what made them command the prices they did. 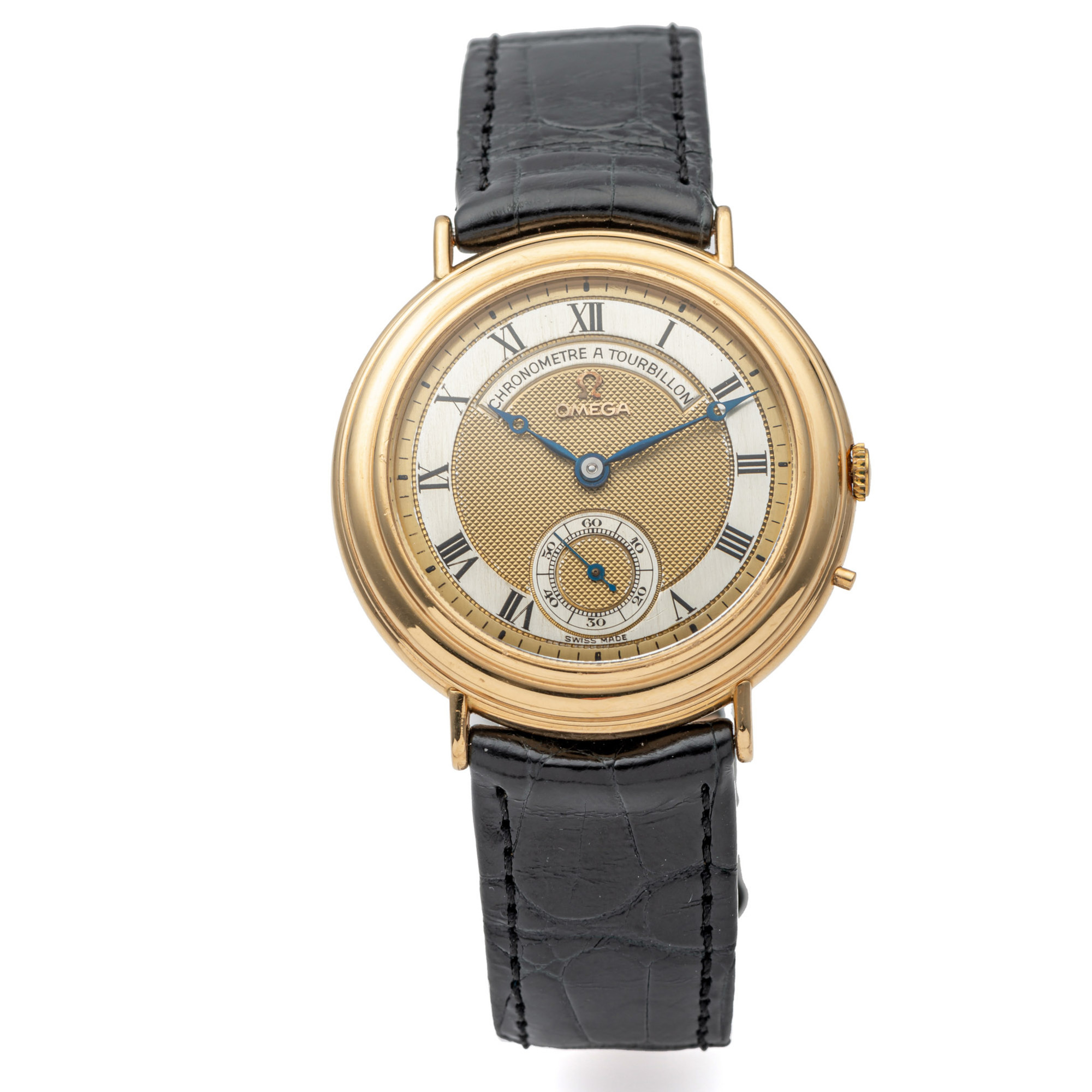 Breaking the record for an Omega Chronomètre à Tourbillon in Yellow Gold, this is a manual wind, 18k yellow gold, 40 mm watch, of which only 12 examples were made for Observatory precision contests, by Jean-Pierre Mathey Claudet, Omega’s master watchmaker. One of these pieces won 867.7 points at the 1950 Geneva Observatory contest, the best performance ever achieved up to that time in the category of single wristwatches. Recently discovered was also the fact that in the 1980s, this movement was owned by Franck Muller himself and that he was the one that finished and assembled the movement. The movement itself was made in 1947, and cased in 1987. 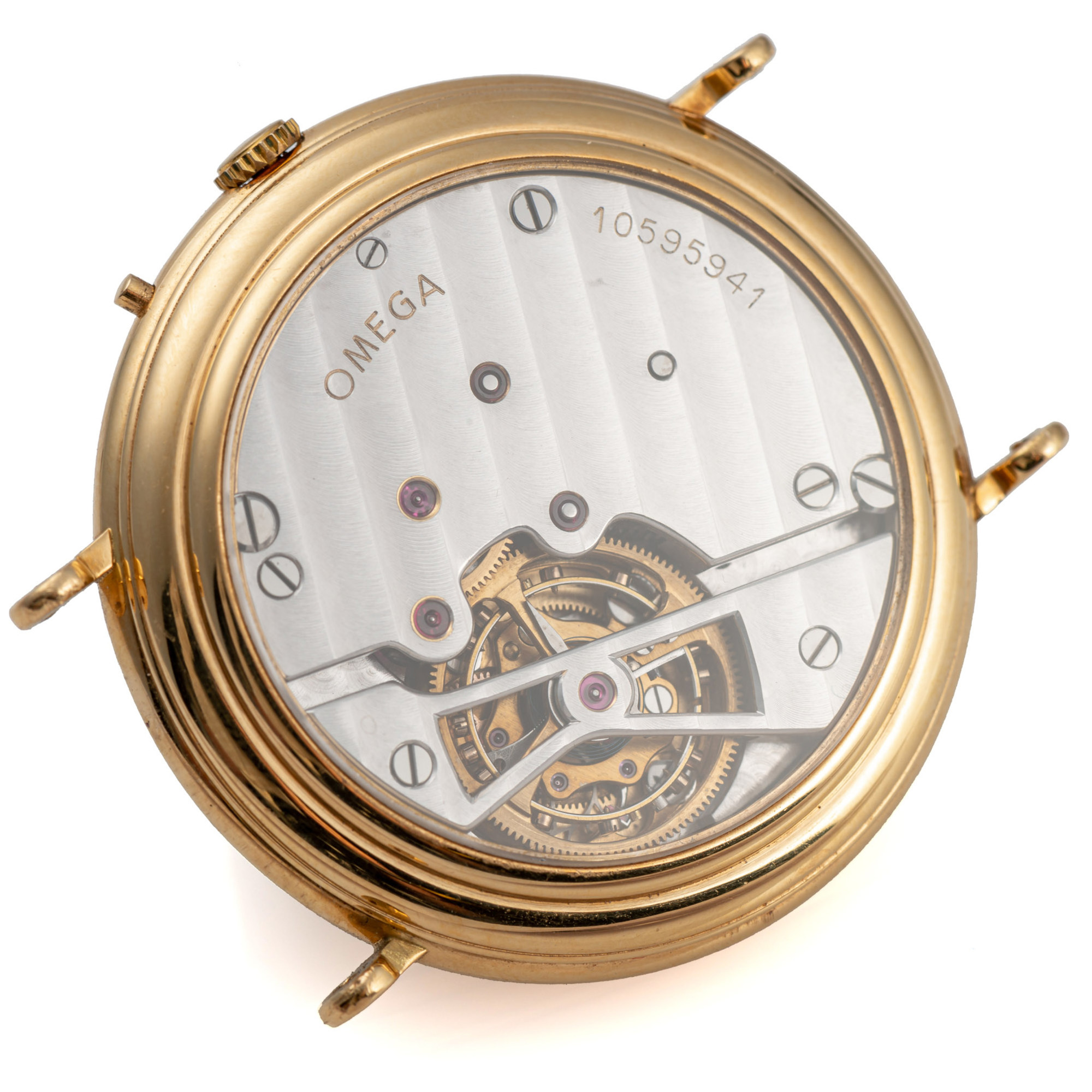 The watch was sold for more than double its estimate.

Setting the world record for a steel Rolex Zerographe with white dial Ref. 3346, this piece was discovered in a Swiss family’s old cupboard, along with other watches; the circa 1937 timepiece is attributed to an uncle who had worked at Rolex for some time before retirement. 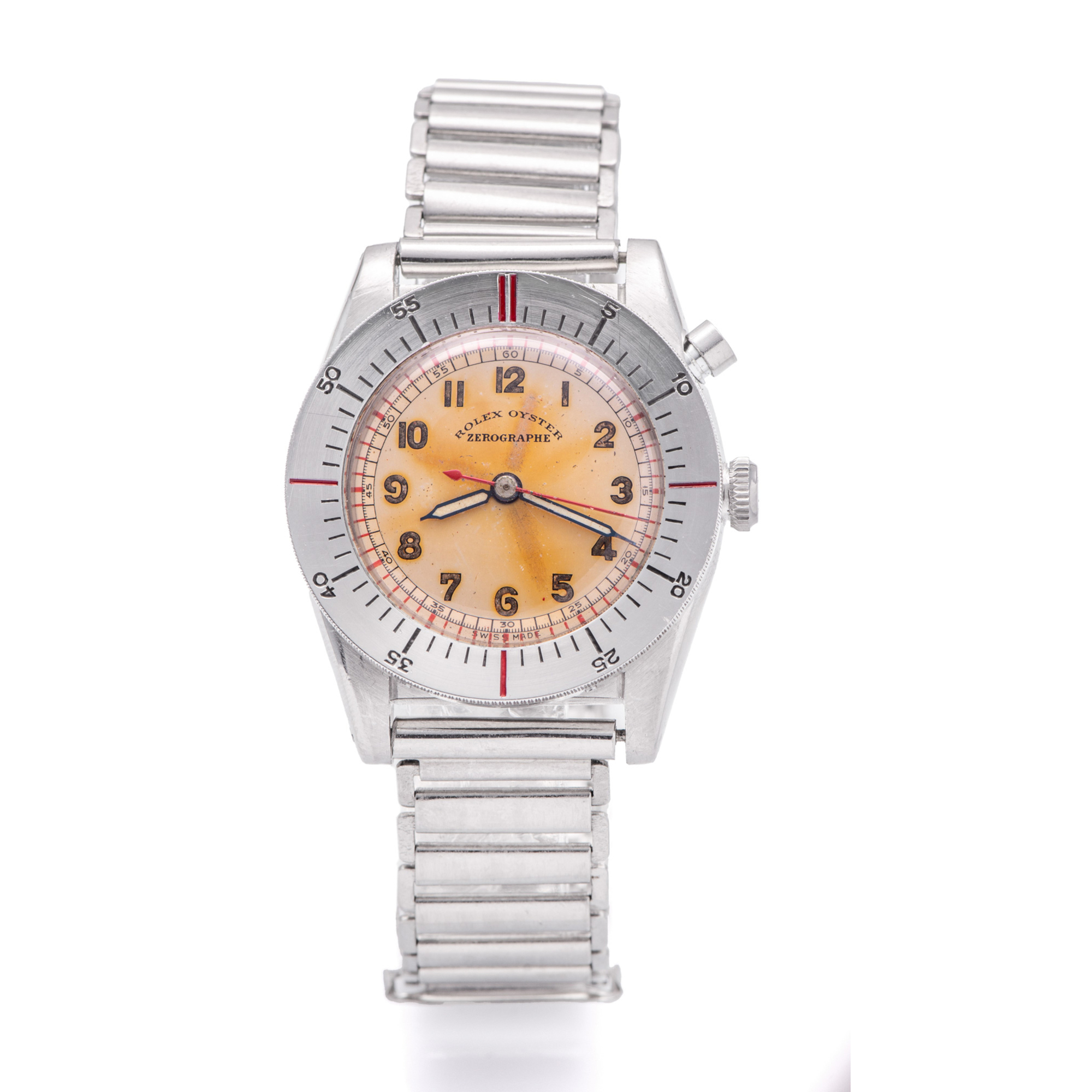 Here’s a watch that’s rarer than the popularly rare Ref 4113. The Zerographe is the first ever Rolex Chronograph to feature an in-house movement - a 17-jewel, manual-wind Rolex caliber with a flyback stop-seconds function. It is also the first Rolex to feature a fly-back second that is reset by the pusher at 2 o clock. The 32mm watch’s dial has a radium burn from having remained in original condition for a long time, and the bezel has the matching last three digits of the case number engraved, both aspects going a long way to prove its originality. According to Antiquorum, only eight reference 3346 Zerographe have appeared on the market, including this newly discovered piece. 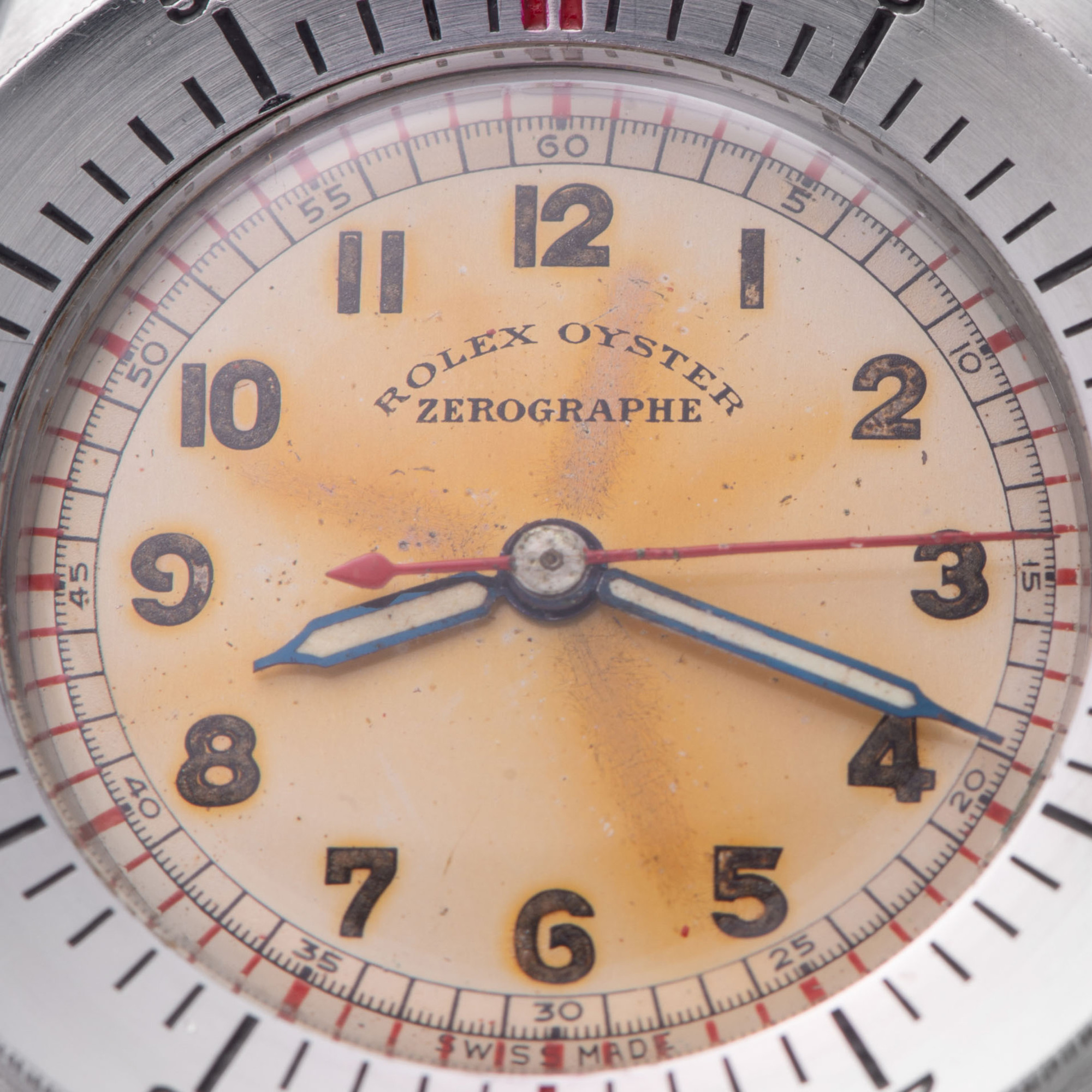 The watch was sold for more than double its estimate.

A. Lange & Söhne watches are extremely covetable, and this Lange 1 in steel is a rare, manual winding watch in steel with an oversize date and power reserve indicator. A relatively young watch when compared to the two above, it stands out because very few Lange 1 steel watches have been released. This one was sold in Milan in 1997. 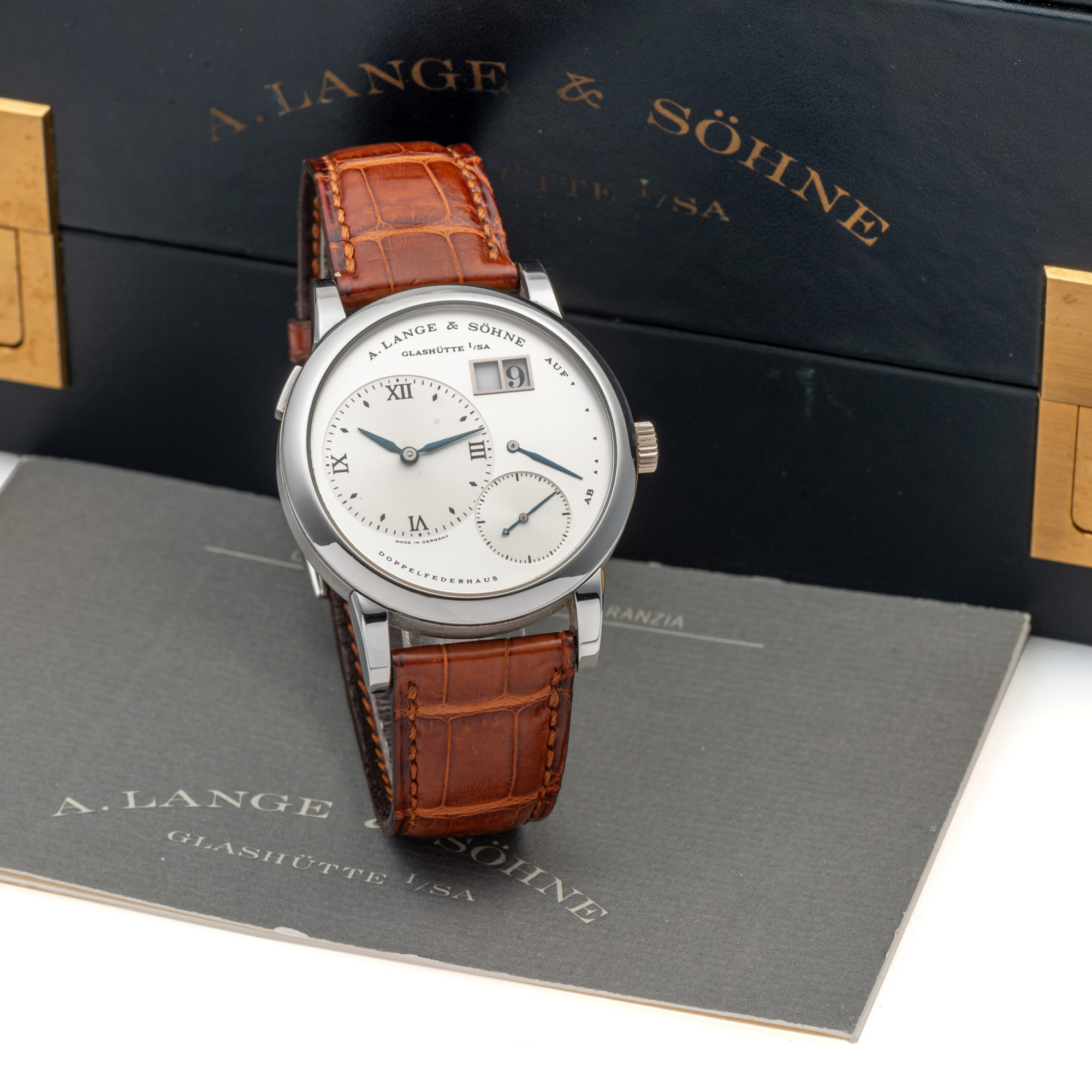 The watch sold for more than CHF 100,000 above its estimate.