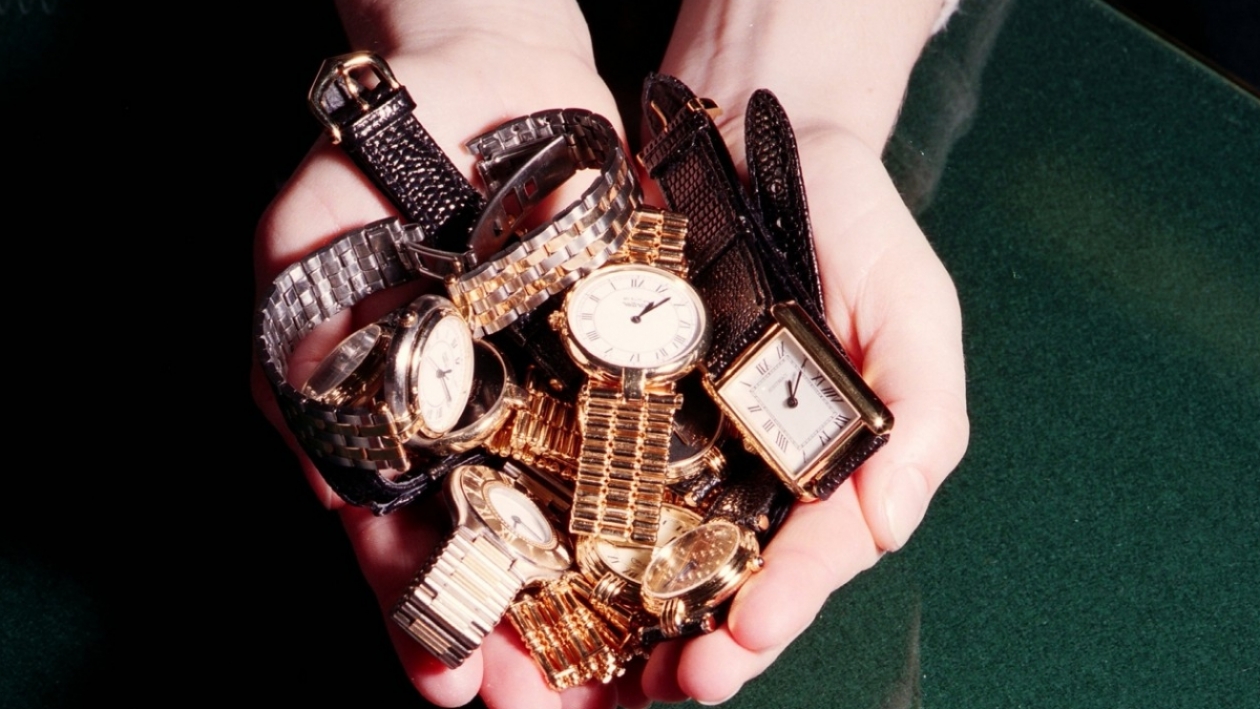 The Rise of Counterfeit Luxury Watches on the Internet

Looking for cheap watches on the internet? Better think twice before making that purchase. In this in-depth feature from the WatchTime archives, we explore how sales of these counterfeit watches are hurting both collectors and the watch industry. Written by Joe Thompson, WatchTime.

For some watch collectors, the temptation is just too much. “I have seen quite respectable watch collectors with nice collections who couldn’t get their hands on that one limited-edition piece that they wanted,” says Beatrice de Quervain, a veteran U.S. watch executive and most recently head of Hublot North America. “They always buy from their authorized dealer, but then, just for that one piece, they broke down and went to an unauthorized source on the Internet. And sure enough, they got burned. They paid $20,000, $25,000.” What they got, de Quervain says, was a counterfeit.

De Quervain’s comments came at a recent meeting of the American Watch Association to discuss the problem of counterfeit watches. AWA invited WatchTime to sit in on the meeting.

The message from the assembled watch company executives and their legal counsels is that, more than ever, watch collectors must be aware – and beware – of the dangers of buying brand-name luxury watches through unauthorized dealers, particularly retail watch sites on the Internet.

That’s because of a recent spike in production of so-called “superfakes,” counterfeit reproductions of popular name-brand models, made primarily in China, that bear a remarkable resemblance to the real thing. “Twenty years ago the fakes were really fake,” says Michael Benavente, managing director of Gucci Watches & Jewelry North America. “You looked at it really quick and you could see it was trash.” Not anymore. These days, watch executives swap stories about counterfeit watches that are such spitting images of the real McCoys that the brands themselves have trouble spotting them. It’s not just the imitation of what the industry calls “the appearance parts” (case, dial, bracelet, etc.); it’s also the quality of the mechanical movements inside. Michel Arnoux, head of the anti-counterfeiting unit of the Federation of the Swiss Watch Industry (FH), cites a counterfeit Hublot Big Bang tourbillon watch seized by Swiss customs officials. Everything about the watch seemed like a real Hublot, down to the vanilla-scented rubber strap. Only on closer inspection did he find tell-tale signs of a fake: a piece of plastic in the case where carbon should be, a crystal that should have been nonreflective, but wasn’t. But what was most striking was the movement. “That was one of the first times I’ve held in my hand a fake tourbillon watch, a real high-precision mechanism,” Arnoux told Swiss Broadcasting Corp.’s swissinfo.ch news agency. “The counterfeiters have now mastered ultra-complex movements.”

"The counterfeiters have now mastered ultra-complex movements." Michel Arnoux head of the anti-counterfeiting unit of the Federation of the Swiss Watch Industry (FH)

Almost every luxury Swiss watch brand is dealing with the superfake phenomenon, says AWA’s chairman, Jon Omer, former head of DeWitt America LLC. “We are now faced with a new onslaught, which is getting bigger. We’re talking about pieces being sold in excess of $50,000 and $100,000 that are counterfeit watches. Everyone has to contend with it.” Including watch collectors, Omer says. AWA claims that the only protection a consumer has is to buy from an authorized dealer. (Counterfeit watches should not be confused with so-called “gray-market” watches. Unlike counterfeits, gray-market watches are produced by a brand, but sold outside the brand’s authorized retail network. As with counterfeits, AWA opposes the importation and sale of gray-market goods in the United States.)

AWA and its 30-plus member watch companies have been contending with counterfeiters for decades. The watch companies act independently to protect their trademarks and branded products. Some of them spend fortunes annually in a multi-front battle, working with U.S. Customs and federal, state, and local law-enforcement agencies, and even their own private investigators, to fight criminals who steal their intellectual property (IP). Washington-based AWA works on the legislative and regulatory front. AWA is not a traditional trade association that offers a wide array of member services. Its mission is very specific: to be the voice of its members in Washington, ensuring that the watch industry has input into legislation affecting it on a host of issues ranging from tariffs to regulations on alligator and reptile watch bands to mercury levels in button-cell watch batteries. The association’s legal counsel is the prominent Washington, D.C., law firm Covington & Burling.

In the counterfeit fight, AWA has played an important role. “The association was the prime catalyst in moving the 1984 Trademark Anti-counterfeiting Act through the U.S. House of Representatives and on to final enactment,” says Executive Director Emilio “Toby” Collado. That act made counterfeiting a felony for the first time. A decade later, AWA led the way in drafting and lobbying for stronger weapons against counterfeiters. “We organized the multi-industry coalition that won enactment of the 1996 act which toughened penalties and gave trademark owners stronger search and seizure rights.”

These days AWA is working to pass the so-called “Rogue Websites Bill” (the Protect IP Act of 2011) which would help to shut down Internet sites that sell counterfeit watches. That battle is ongoing, Collado says, in the face of stiff opposition from the Internet industry. “In addition, we are working with others to increase punishments for repeat intellectual property offenders and for IP crimes involving gangs and organized criminal enterprises.”

Normally the watch industry stays mum about its anti-counterfeiting efforts. “We work without fanfare or klieg lights,” Collado says. Indeed, the issue of counterfeits is so sensitive that a number of executives at the AWA roundtable spoke to WatchTime only on condition of anonymity. “In our business,” says Omer, “we fight counterfeiters below the radar. But this explosion of superfakes is going to have a more and more negative impact, not only on the brands, but on the consumer.” 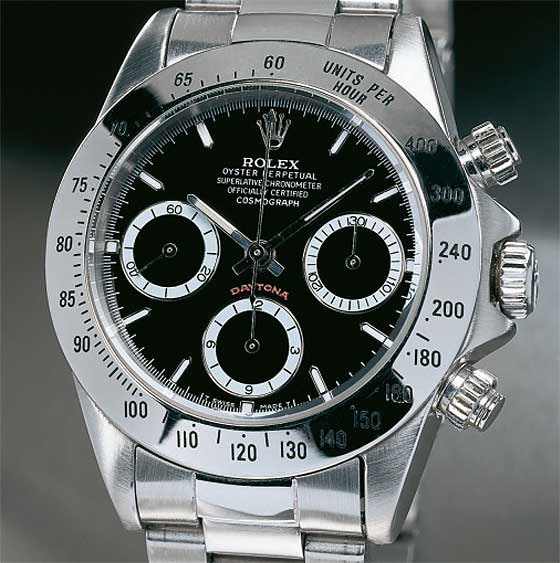 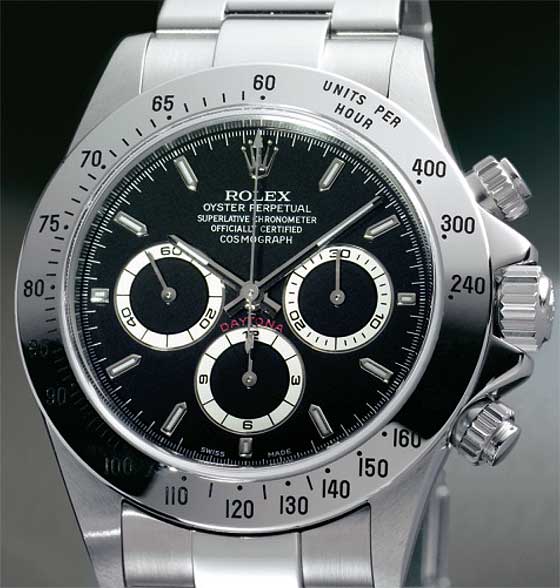 That has prompted AWA to sound the alarm. It recently posted on its website (americanwatchassociation.com) a document it calls “The 10 Evils of Counterfeit Watches” in an effort to raise consumer awareness about what Collado calls the “scourge” of counterfeiting.

The document summarizes the main points made by the watch executives and lawyers at the AWA roundtable about why consumers should shun counterfeit watches.

AWA is aware that in the American marketplace, “counterfeit” is not necessarily a dirty word. Some people proudly buy and wear them. David Perlman, counsel for Citizen Watch Co. of America, cites the example of Hermès handbags. “They cost thousands of dollars,” he says, “but we all know people who have counterfeit Hermès bags that you can get for a couple hundred dollars. They are looking to get something they know isn’t ‘real’ for fashion or whatever reason. That’s the environment we’re operating in. It’s a cultural thing.”

“There’s a concept in the consumer’s mind that this is a victimless crime,” says Brian Brokate, an attorney who works closely with Rolex North America. “They think ‘Who am I hurting? Some big luxury group? Some big Swiss watch company? Who cares?’”

AWA members argue that there are victims all along the counterfeit watch production and distribution pipeline.

Watch counterfeiting is a huge industry. Switzerland’s FH estimates that 40 million counterfeit watches are produced annually, 25 percent more than Switzerland’s entire annual output. Counterfeit watch sales amounted to around 1 billion Swiss francs in 2011 ($1.08 billion), according to the FH. Law enforcement officials say that the counterfeiting industry is dominated by organized crime and uses child labor. China, by all accounts, is the capital of counterfeit watchmaking; its epicenter, according to the FH, is Guangdong province. The FH’s Arnoux told swissinfo.ch that one reason for the recent growth in counterfeit watches was that “Chinese triads were looking for new outlets to invest the colossal sums they garnered from online sports betting.” Law enforcement officials also claim that counterfeiting has links to international terrorism as well. Moreover, the notion that there is no harm in buying a $50 counterfeit Rolex because that customer would not have bought a real Rolex is a fallacy, the AWA says. There are plenty of negative impacts from such a sale and they add up.

The losers in that transaction are the producer of a legitimate $50 watch and the U.S. retailer and sales clerk who make one less sale. Instead, there’s a good chance the sale went to an Internet retailer based outside the United States, who does not employ Americans or pay U.S taxes. 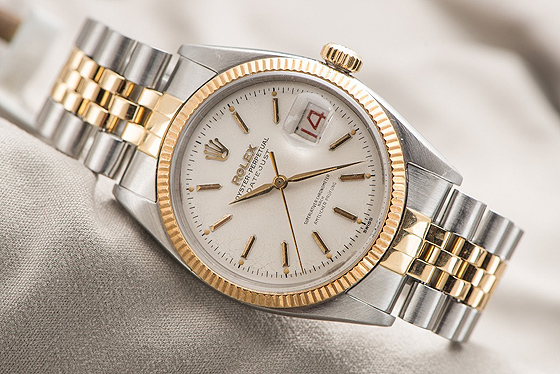 Another victim: consumer protection. Legitimate watch companies abide by American consumer protection laws, such as the percentage of lead in a watchcase or the ban by some states on mercury in watch batteries. Producers of counterfeits pay no attention to such regulations; their watches can contain toxic materials like lead, cadmium and mercury.

Trademark owners are huge losers. “As brands, we spend our money building brand equities,” says Omer, “through establishing the right retailer partnerships, by spending millions marketing the brand in the correct way. None of these counterfeiters are doing this. They’re parasites just feeding off it.”

Finally, there are the many unsuspecting victims who mistakenly believe the name-brand watch they bought is the real deal. “We have clients coming to the customer service desk in our boutique just to size the watch,” says Thierry Prissert, CEO of Breitling North America. “And we have to tell them, to their surprise, that the watch is counterfeit.” Prissert advocates a strong consumer education program about counterfeit watches. “We won’t fix the problem of the gangs making those watches, but at least maybe we can protect our consumers by telling them that in the watch business, buying on the Internet exposes you to tremendous risk because you expose yourself to a fake watch.”

Meanwhile, the watch company wars against those who steal their intellectual property go on. The counterfeiters are formidable foes. Their ability to duplicate watches continually improves. And not just a brand’s watches; they also create counterfeit boxes, warranties, even its website (so-called “mirror sites”). One brand developed hologram stickers to help distinguish its watches from fakes. The counterfeiters duplicated those, too. Says Citizen’s Perlman, “It’s a never-ending battle for a lot of reasons and you can spend an awful lot of money on it. You can never eradicate the problem entirely, but it’s still worth it. We owe it to our companies, our retailers and our consumers to do as much as we can.”