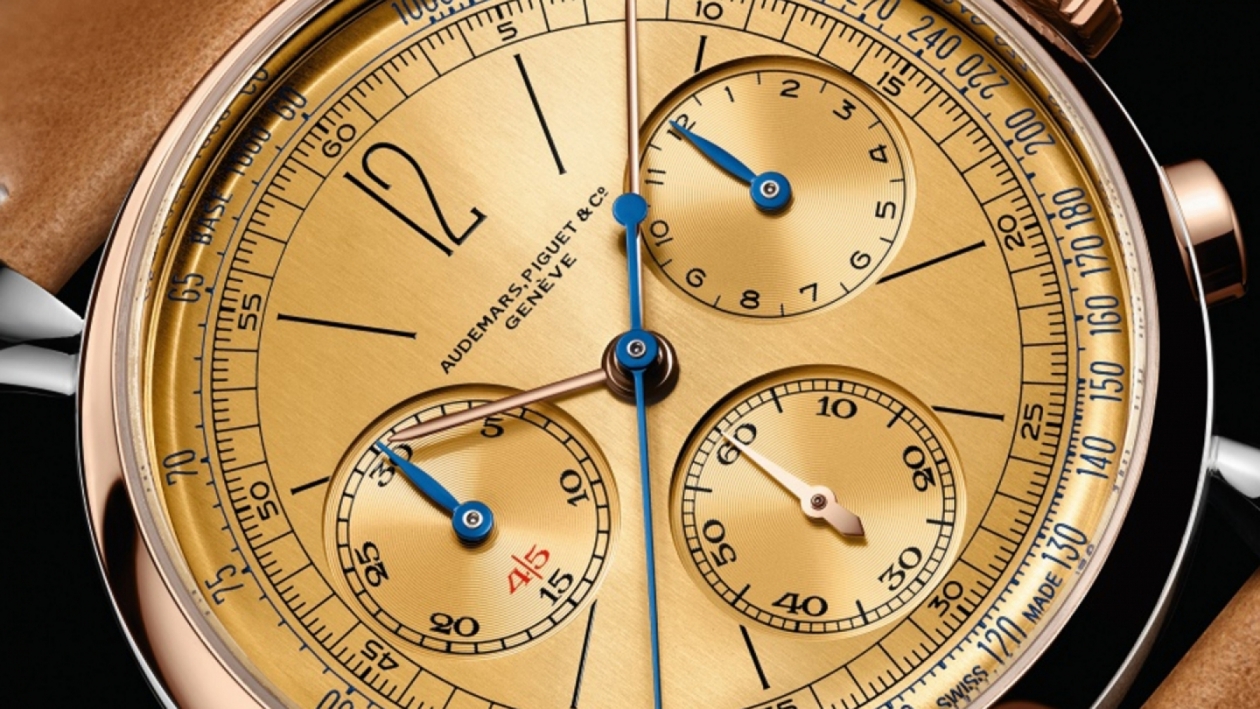 REIMAGINING THE PAST WITH AUDEMARS PIGUET [RE]MASTER 01

During the mid-20th century, Audemars Piguet was one of the leading etablisseurs in Switzerland, assembling and finishing watches in collaboration with talented craftsmen across the Vallée de Joux. Made in extremely small numbers, these watches were truly unique in terms of design elements, which varied for each piece.

As it was also the time when the wristwatch was beginning to gain a foothold in the industry, Audemars Piguet focused on making the nest watches with the most precise movements and useful complications.

The story of Audemars Piguet’s most talked-about watch from 2020, the [Re]master01, dates back to the 1940s. The watch, which is based on a steel and pink-gold chronograph from 1943, was launched as a celebration to mark the opening of the Musée Atelier in Le Brassus, Switzerland.

A contemporary take on one of the rarest AP chronographs, the [Re]master01 features all the design attributes of the reference 1533, a watch that was produced in nine examples, with only three pieces in the two-tone pink- gold-and-steel case. The gold-tone dial in the latest iteration is complemented by a blue tachymetric scale, and pink- gold hour, minutes and seconds hands. The dial also has an extended Art Deco “12” and a red “4|5” on the chronograph minutes counter, which Jacques Louis Audemars had insisted on, so he could time the halves of a football match. With its teardrop lugs in steel and almond-shaped pushers, bezel and crown in pink-gold, the [Re]master01 is one of the most attractive launches from last year.

Between the 1930s and the 1950s, the chronograph surged in popularity thanks to the world wars, where it was used to calculate time during troop movements and combat attacks. It was also favoured by pilots, doctors and racing enthusiasts. Though Audemars Piguet did not make more than 307 chronographs in this period, the brand’s oversized pink-gold watches with triple registers and mono pushers were the absolute best in their category.

Over the years, the rarity of these pieces have made them highly coveted in the pre-owned watch market. While Patek Philippe chronos from the 1940s continue to dominate most auction results, an AP from the same era is fetched for its unique design and scarcity. The Reference 1533 is one such timepiece— an auctioneer’s delight—which came up for sale at Phillips in 2015 and was bought by the brand to be a centrepiece at its new museum.

Made in the middle of World War II, the watch was sold to Casanova Bologna, an Italian retailer, in 1943. Almost seven decades later, it hit headlines as part of one of the most revered collectors’ treasure trove. Alfredo Paramico, the proud owner of this Reference 1533, put it up for auction and was expecting to fetch anything between CHF 100,000 to 150,000; the watch ended up selling for CHF 305,000.

When AP brought back Paramico’s Reference 1533 in 2015, the idea for the [Re]master project was already under- way. According to Michael Friedman, Audemars Piguet’s head of complications and the brand’s former historian, the [Re]master project came up for discussion almost 20 years ago, when he first met the brand’s CEO François-Henry Bennahmias during a charity auction. Friedman was working at Christie’s then and the two discussed the idea of some day creating an inspirational piece from the AP archives of the 1940s. The project got an actual kickstart when Friedman joined the brand as its historian in 2013 and started working on the making of the new museum. “The opening of the Musée Atelier Audemars Piguet was the ideal timing to launch this model. The focus on human talents, design aesthetics, technicity, cultural context and, most importantly, our on- going path into the future while always honouring our past, are central themes to both [Re]master 01 and the Musée,” says Friedman.

While Audemars Piguet wanted the [Re]master 01 to be equipped with the most contemporary movement, the challenge was to keep the vintage elements as relevant as possible. This explains the beautiful use of the old- school “Audemars, Piguet & Co / Genève” logo on the dial. Back in the day, the Maison preferred to have “Geneva” on the dial for the bene t of customers who were not familiar with the brand’s manufacture in “Le Brassus”. 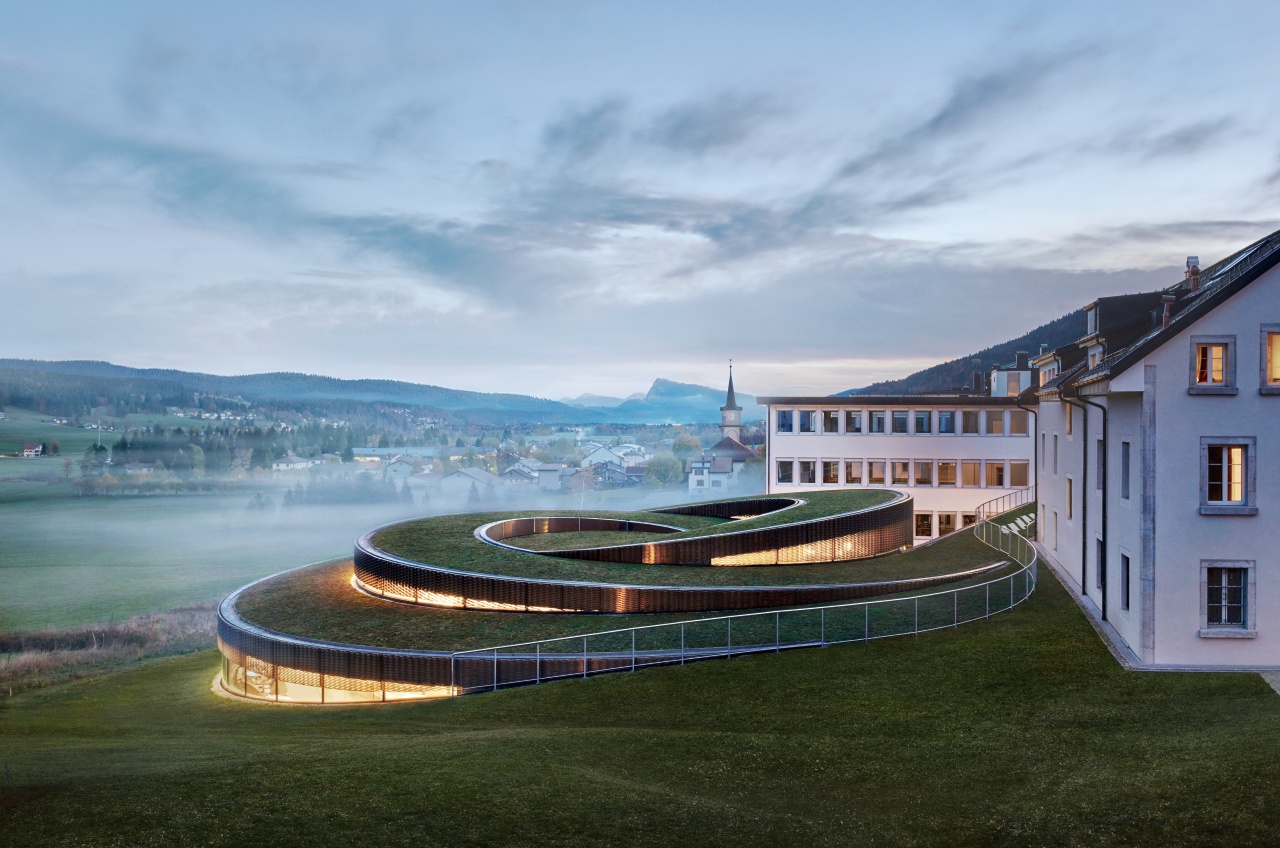 “The [Re]master 01 shares the de- sign aesthetics and unconventional two-tone case design of the original from 1943, yet is updated or ‘remastered’ for the era we are in now, and how collectors and enthusiasts enjoy wearing watches today—increased size newest generation self-winding flyback chronograph movement with greater reliability and water-resistance. We were not trying to ‘recreate’ a vintage watch. Our goal was to reimagine it for the present via the talents of our watch- makers and artisans today,” explains Friedman. “We chose the name of the new collection as a symbolic reference to the process of remastering that takes place with films, music and video games today, which brings vintage con- tent into the present by incorporating new technologies so the content can be re-discovered through contemporary lenses. I categorise this watch accordingly. It is a collaboration across generations.”

The [Re]master 01 is powered by Calibre 4409, a modi ed version of the Calibre 4401 launched in last year’s CODE 11.59 chronograph. As per the design specification, the updated movement does not have the date feature and the skeletonised rotor has been swapped out for one with a hobnail pattern on it. “The newest generation of self-winding flyback chronograph movement was the essential ingredient for this watch. The other key element is the hand-finishing of each and eve- ry case, which brings today’s artisans into the equation. This labour of love is a tribute to our history, the original design details as well as to the passion that many collectors have for vintage dial aesthetics,” says Friedman.

One wonders which watch Friedman would choose for the next [Re] master project. “We are considering several possibilities, and all would be challenging and wonderful endeavours to take on!” he says.