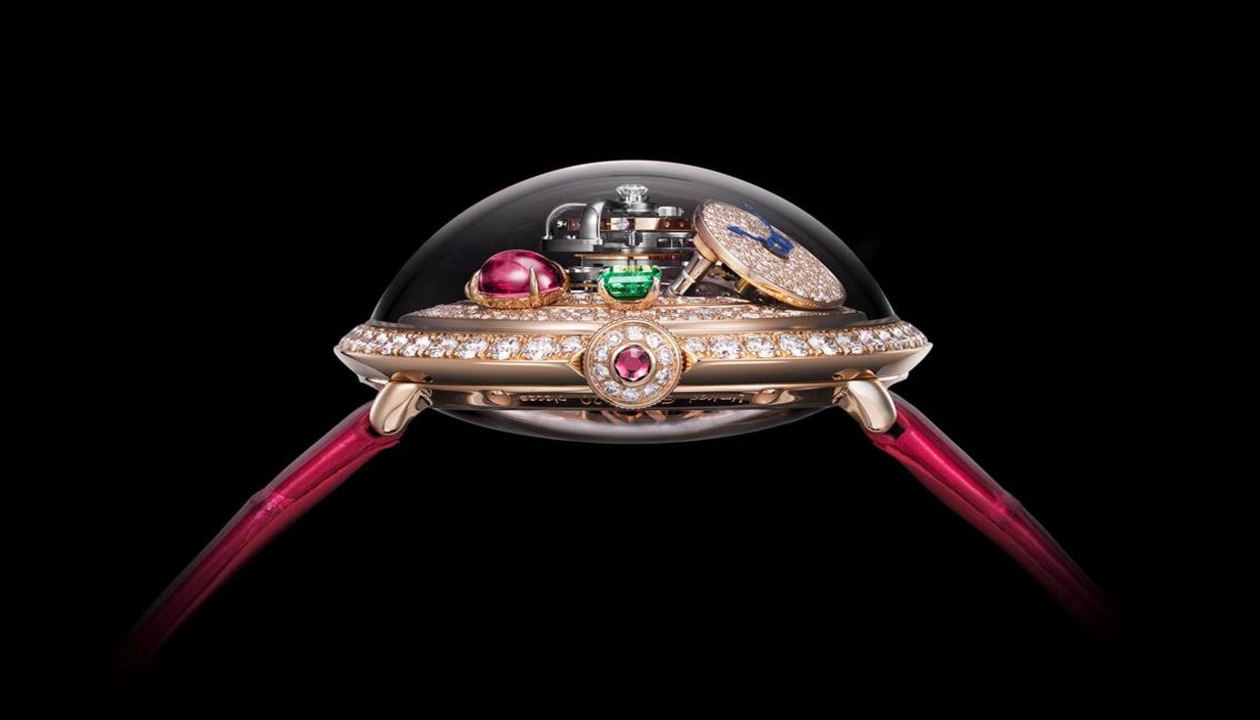 Back in 2010, MB&F had partnered with Boucheron to create JwlryMachine. The brand's collaborating spirit now extends to Bulgari. Together, the two have created the Legacy Machine FlyingT Allegra.

The spirit of collaboration seems to be more alive than ever in the watch industry right now. And proof is the latest watch that has been unveiled: The gem-set Legacy Machine Flying T Allegra created by MB&F and Bulgari. 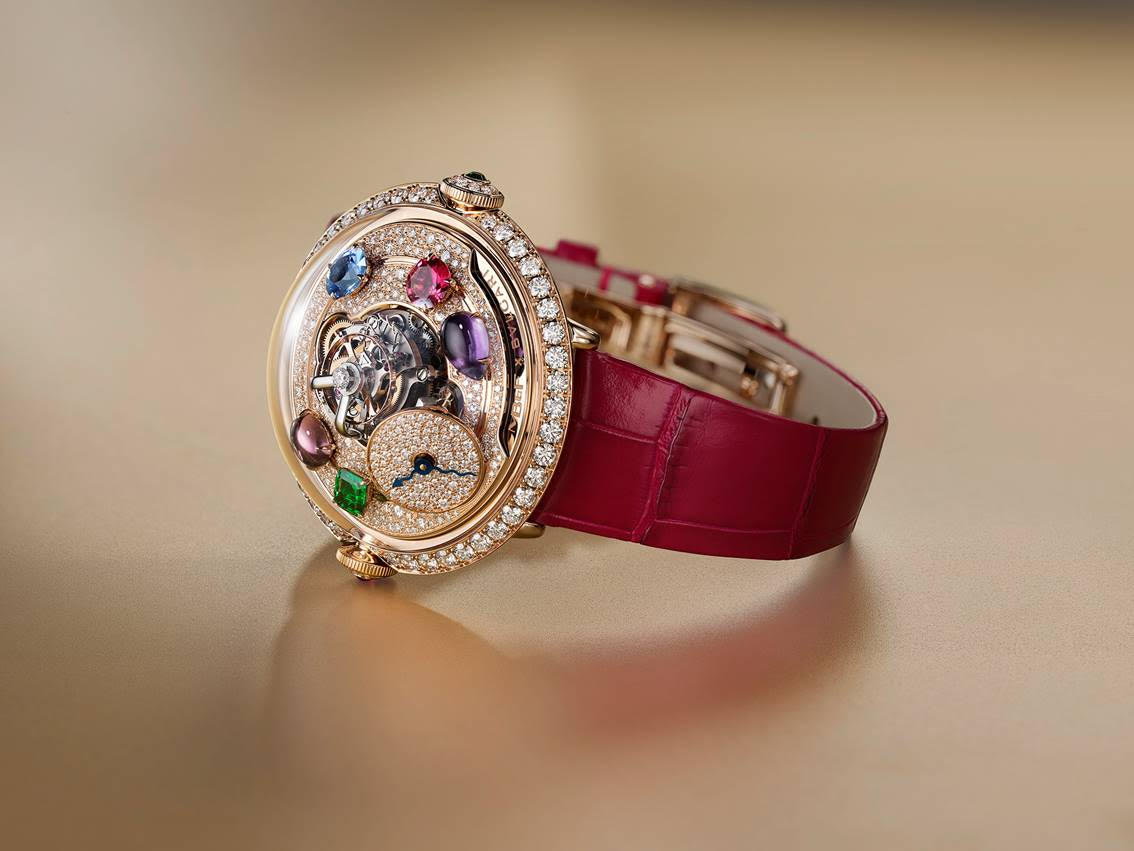 Unveiled at Dubai Watch week 2021, the watch is the perfect amalgamation of Bulgari's gem-setting expertise and MB&F's avante-garde design (the name included). Radical in terms of its architecture and construction, the highly recognisable design of the LM Flying T, has been snow-set with diamonds on the base plate, on top of which rest carefully selected tourmaline, tsavorite, rubellite, amethyst, tanzanite and topaz. The creation was intended as a tribute to femininity (the T in FlyingT also stands for the initial of MB&F founder Max Büsser's wife, Tiffany).

Presented in 20 pieces in white gold and 20 pieces in red gold, the Flying T Allegra presents itself as a 39mm grand complication handcrafted. The construction of the case, bezel, and crown features an array of brilliant-cut diamonds as well that shine and draw one's attention. The idea of the watch began two years ago Büsser and Fabrizio Buonamassa, Bulgari's creative director, met and decided to join hands for a novelty. The watch was entirely conceived and developed during the lockdown, while the teams of the two brands worked remotely.

The movement is vertically built along a central axis orchestrating the overall architecture of the entirely visible mechanism. In this respect, the watch deliberately goes against tradition, since everything that is usually hidden is highlighted here in a three-dimensional construction. The upper end of the axis carries the diamond-set flying tourbillon and the balance, a vibrant technical organ against which the hours and minutes dial is set at a 50-degree angle, precisely defined so that the owner of the Flying T Allegra is the only one who can read the time. 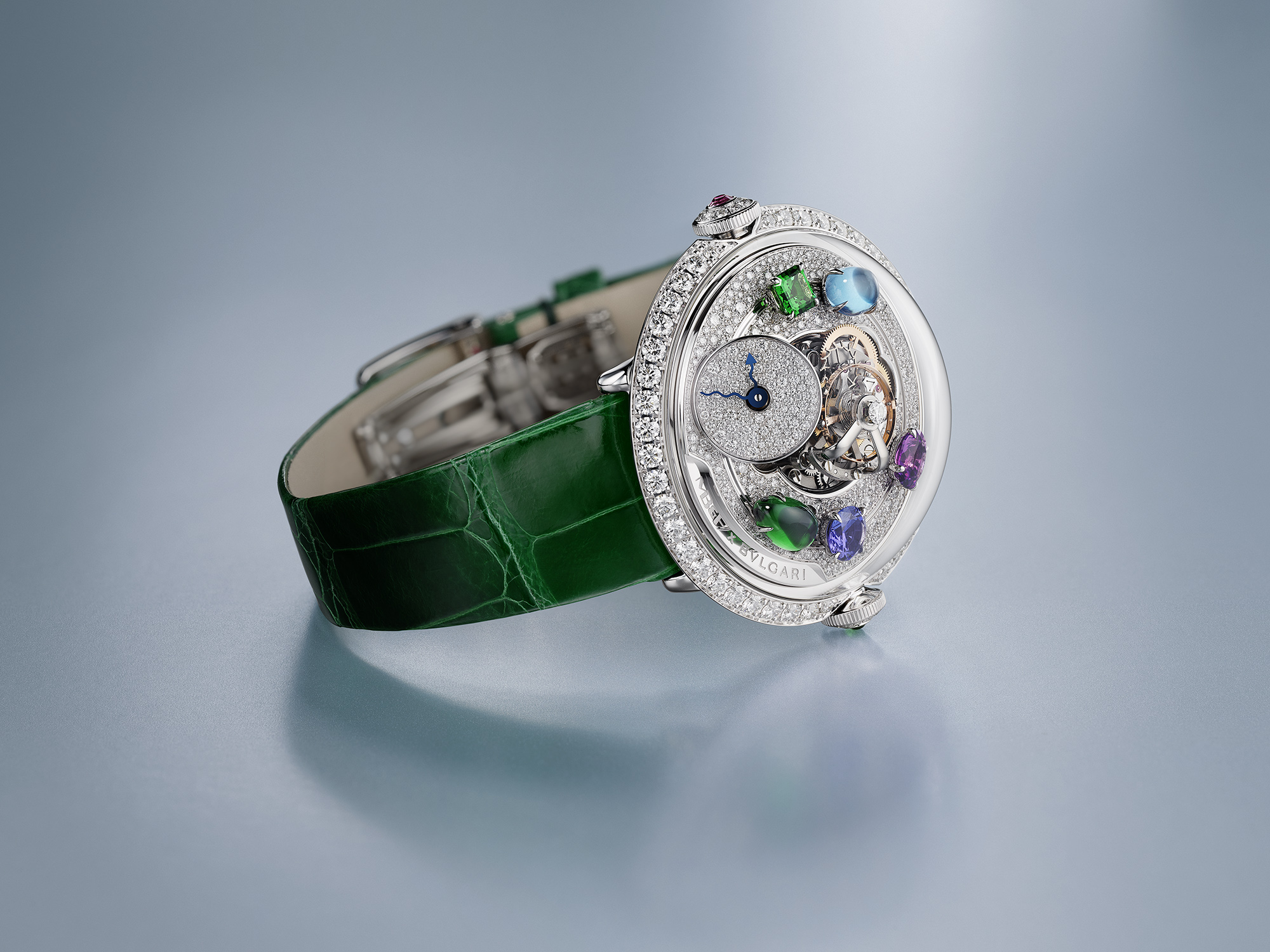 The case-back reveals a sun-shaped oscillating weight; its gold sandblasted rays rotate on the ruthenium disc positioned above a platinum counterweight. Between the regulating organ and the rotor, the barrel ensures an extremely generous 100-hour power reserve made possible by the reduction in the number of gears. A sapphire crystal dome tops this three-dimensional assembly.