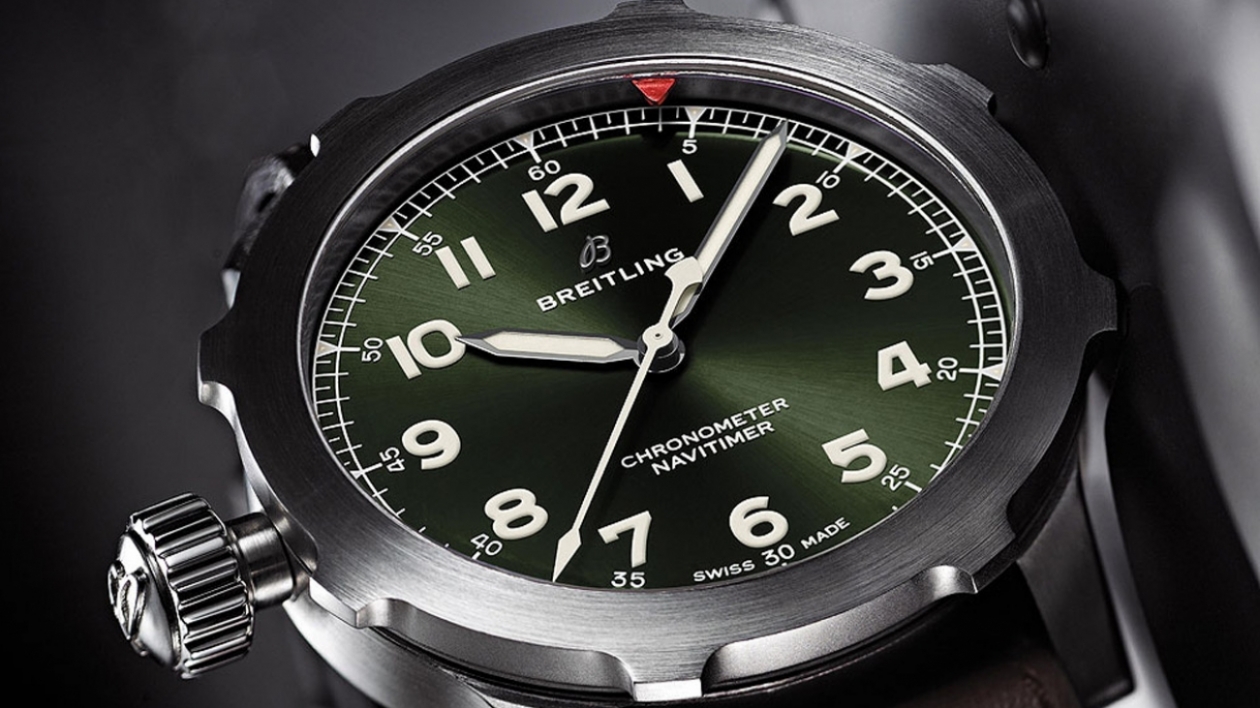 As most of us now know, Breitling’s release of its streamlined, vintage-influenced, and arguably more elegant Navitimer 8 collection earlier this year represented a new direction for the Swiss brand. But for all of those Breitling purists who may have fretted that Breitling was backing off from the big, hyper-masculine aviation timepieces that made its modern reputation (despite Breitling CEO Georges Kern’s assurances to the contrary), the release of the new Navitimer Super 8 at Baselworld 2018 this week should set their minds at ease — and, perhaps, set their hearts racing.

The watch takes its historical design cues from Breitling’s Reference 637, a stopwatch produced in the 1930s and 1940s that bomber pilots and their crews would strap to their thighs during missions during World War II — a placement that ensured optimal readability. Reference 637 featured a large, left-handed crown that was big enough for a gloved hand to operate while the timepiece was strapped to the aviator’s leg, the crown was ideally accessible at the “top” of the case — and a pusher that activated the count-up and count-down functions used to execute their wartime missions. Like the watches that inspired the new Navitimer 8 models, Reference 637 was a product of Breitling’s Huit Aviation Department (more on which here), which was established in 1938 by company founder Willy Breitling and worked to provide tough, reliable timepieces for both civil and military aviation. The modern Super 8 carries on the historical design codes with its 46-mm case – the huge, notched unidirectional rotating bezel actually brings the total diameter to 50 mm — in either stainless steel or titanium. The screw-locked crown, positioned on the case’s left flank as on the Reference 637, and solid, screwed caseback help ensure a water resistance of 30 meters.

The stainless steel model has a black dial, the titanium model a military green dial. Both feature large, luminescent Arabic numerals and luminescent hour and minute hands. And while the Super 8 is not a chronograph, it does include a prominent red triangular pointer on the inside flange of the rotating bezel, which can be used in concert with the hands to track elapsed times. Inside this titanic timekeeper (the case is 14.4 mm thick) is an automatic, chronometer-certified movement, Breitling’s Caliber B20, which is based on Caliber MT 5612, which fans of the Tudor watches may recognize as the movement used in last year’s Tudor Black Bay Chronograph. It is wound by a dual-acting ball bearing rotor, beats at 28,800 vph, and packs a hefty 70-hour power reserve. Both Navitimer Super 8 models are presented on brown NATO straps — not intended to be strapped around the thigh but still plenty evocative of the watches’ wartime predecessor. Prices were not available at press time.