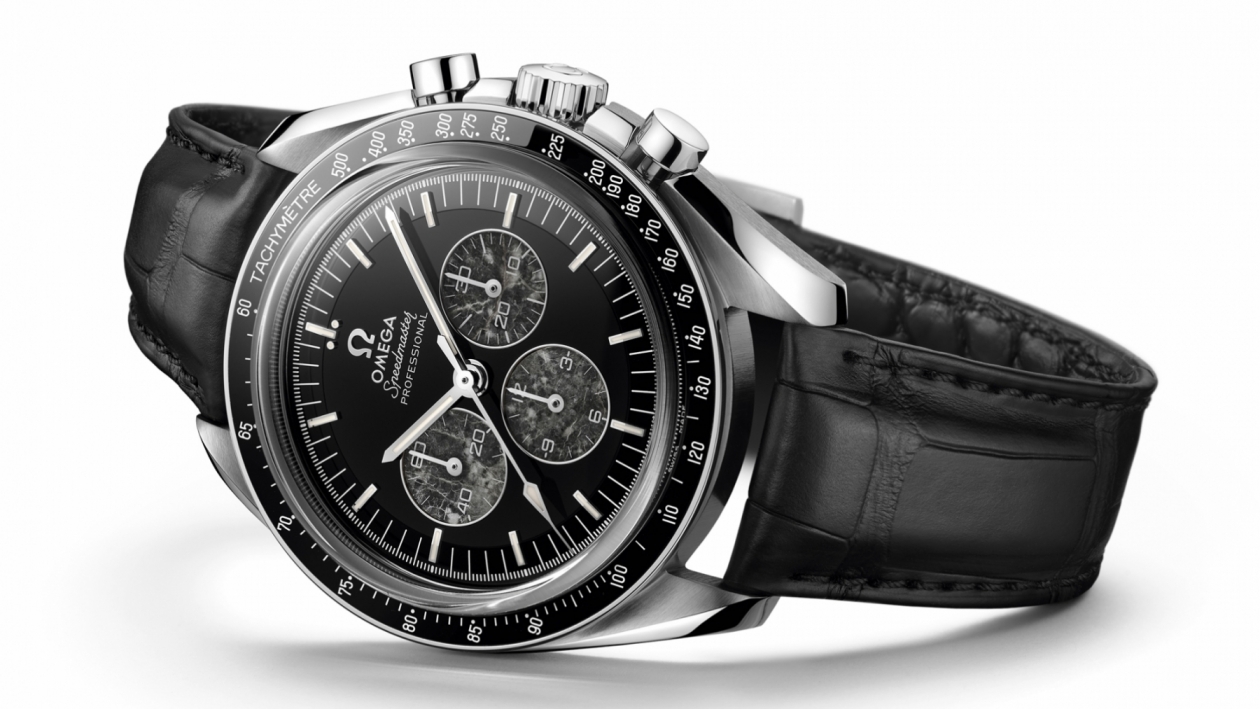 Earlier this year, the Swatch Group brand OMEGA announced the return of their iconic Calibre 321- the first movement ever which was used in the OMEGA Speedmaster in 1957 in a variety of space-bound models including the first piece which made its way to the moon.

Today, 50 years after the first lunar lading, OMEGA unveiled their most-talked about launch, the Speedmaster Moonwatch 321 Platinum. The best part? The new Speedmaster comes with the latest edition of the Calibre 321 which is visible through the sapphire-crystal caseback of the watch. 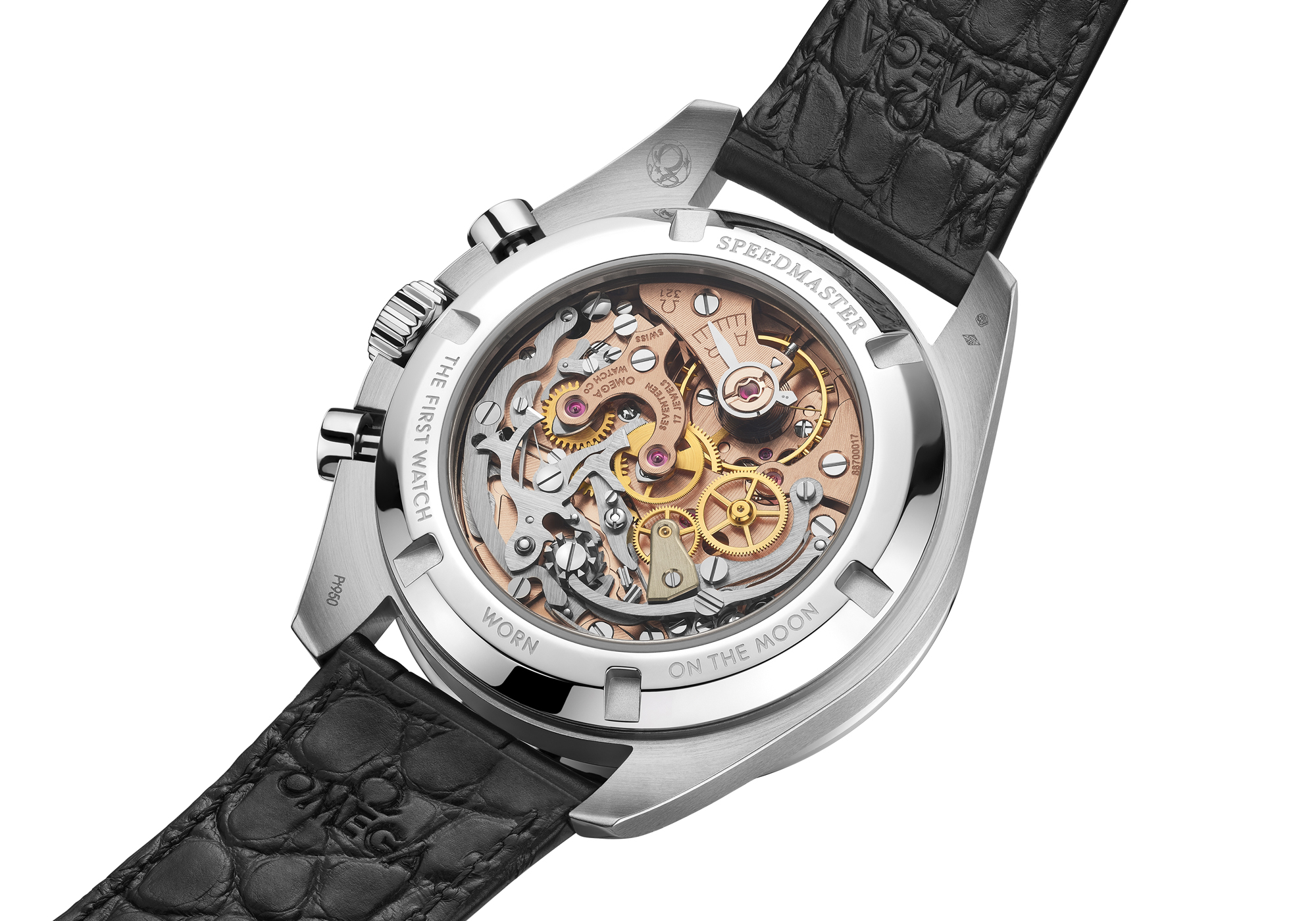 The 42mm chronograph comes in, as the name suggests, a special platinum alloy which uses gold. The case design is inspired by the asymmetrical 4th generation Speedmaster case with twisted lugs, and is presented on a black leather strap with a platinum buckle. 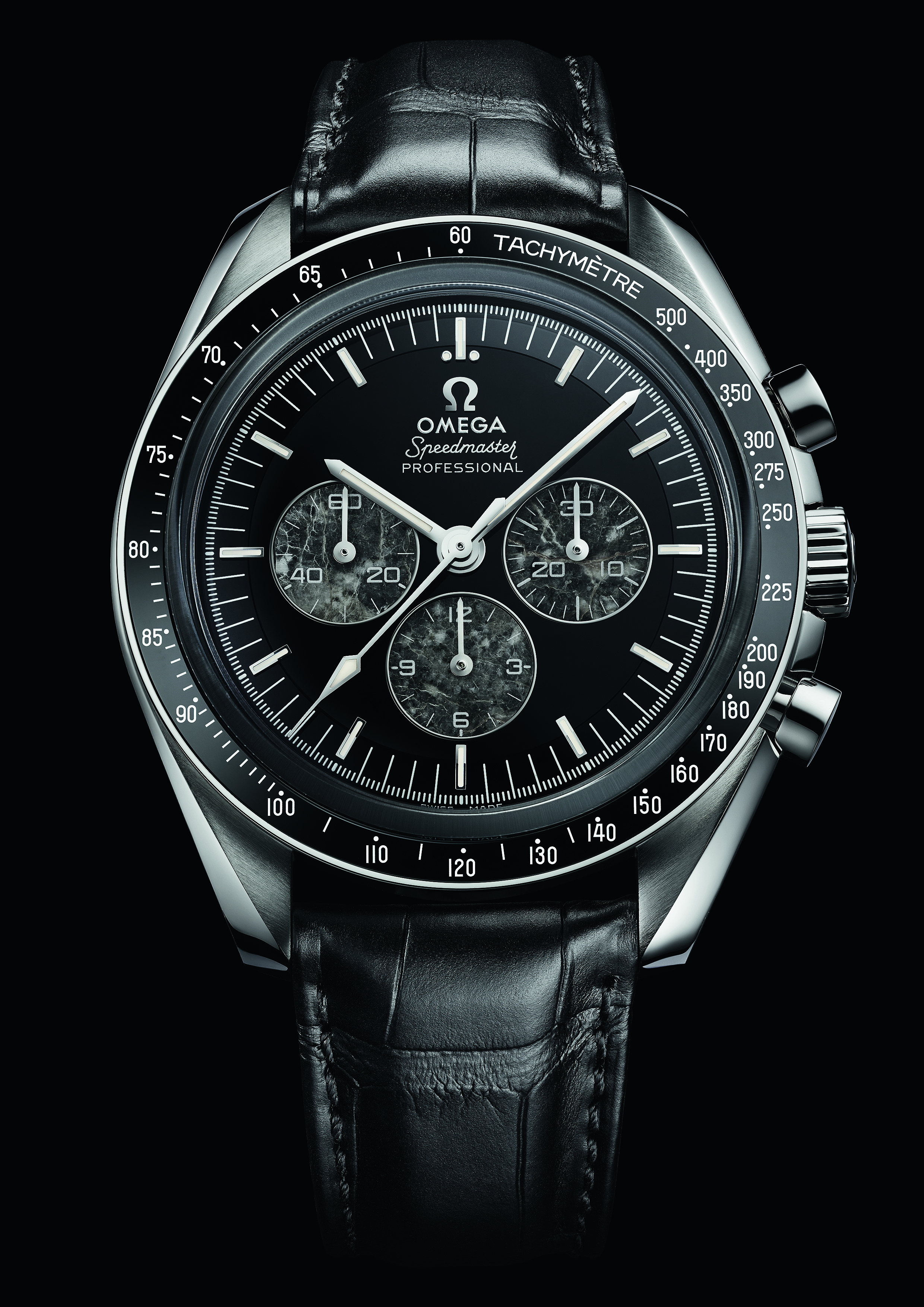 The dial is made of onyx and has a deep black colour that goes well with the 18K white gold used for the indexes and hands – except for the central chronograph seconds hand. The notable feature of the piece are the three meteorite subdials which were designed using real slices of moon meteorite.